HH The Amir Receives Written Message from the King of Jordan 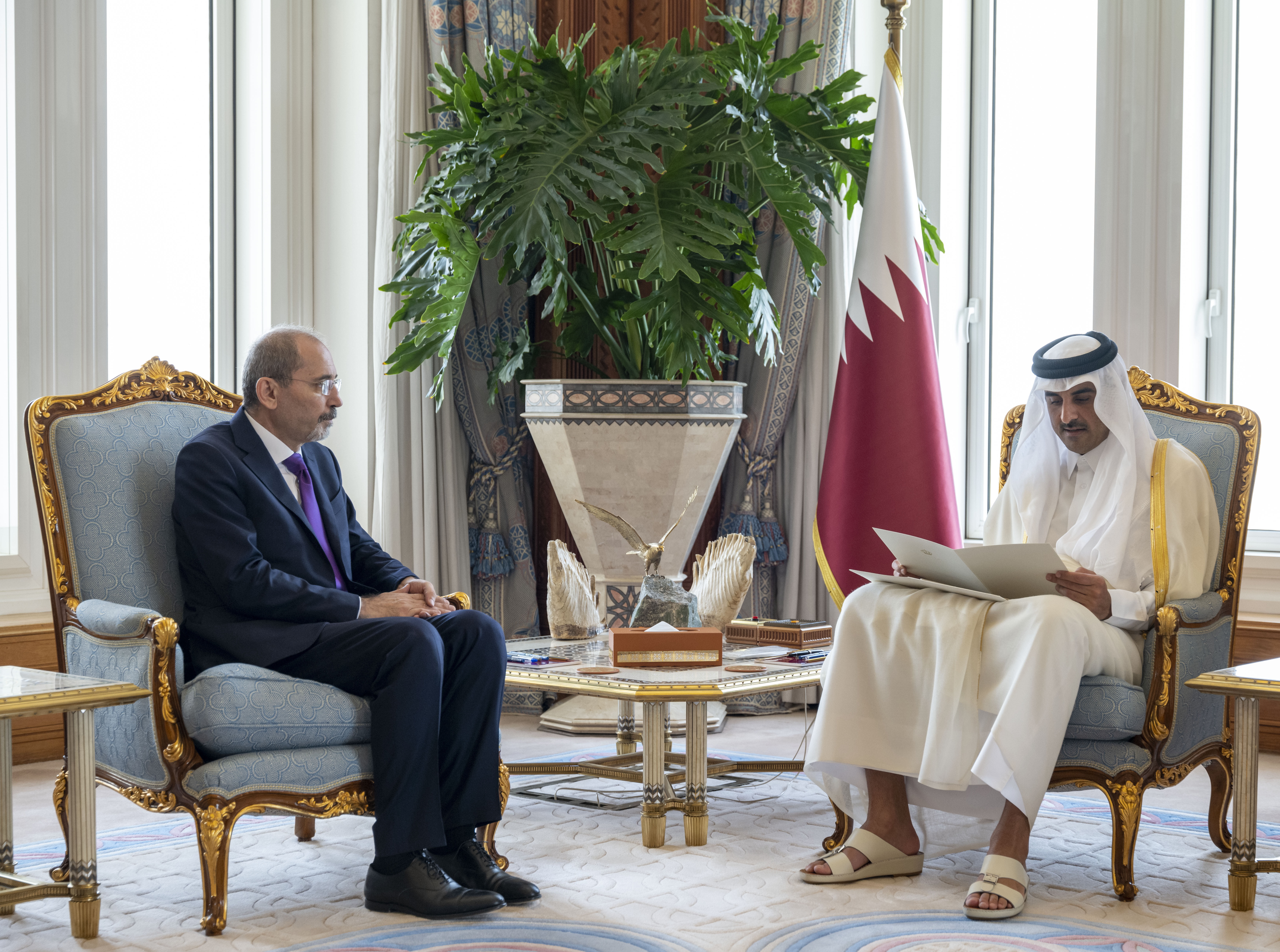 His Highness the Amir Sheikh Tamim bin Hamad Al Thani received a written message from His Majesty King Abdullah II bin Al Hussein of the brotherly Hashemite Kingdom of Jordan, pertaining to bilateral relations and means of boosting and developing them.

The message was handed over by HE Deputy Prime Minister and Minister of Foreign Affairs and Expatriates of Jordan Ayman Al Safadi when His Highness the Amir met him at the Amiri Diwan on Tuesday morning.

During the meeting, they reviewed the strong brotherly relations between Qatar and Jordan and ways to strengthen and develop them.