HH The Amir and President of Malta Hold Official Talks 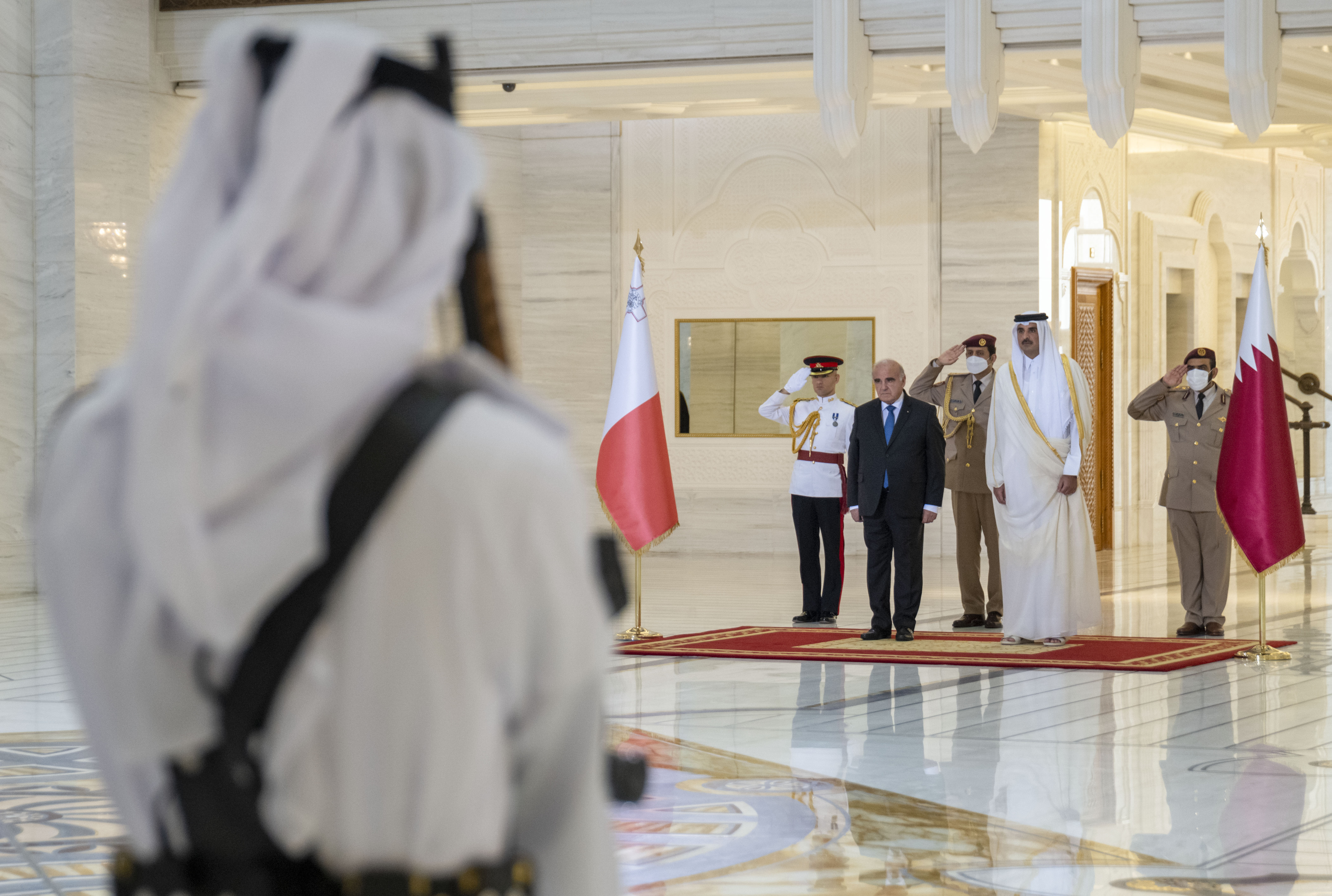 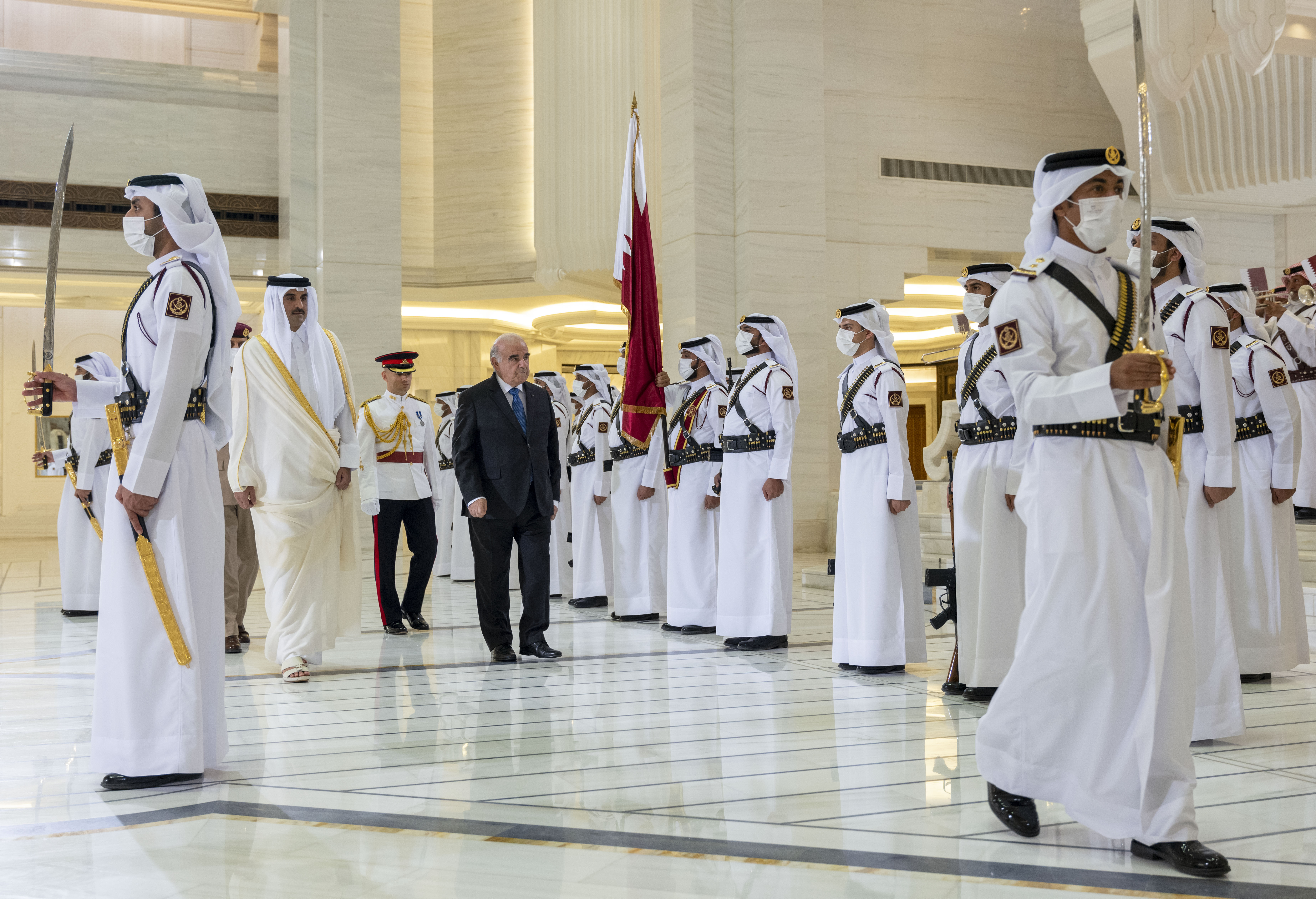 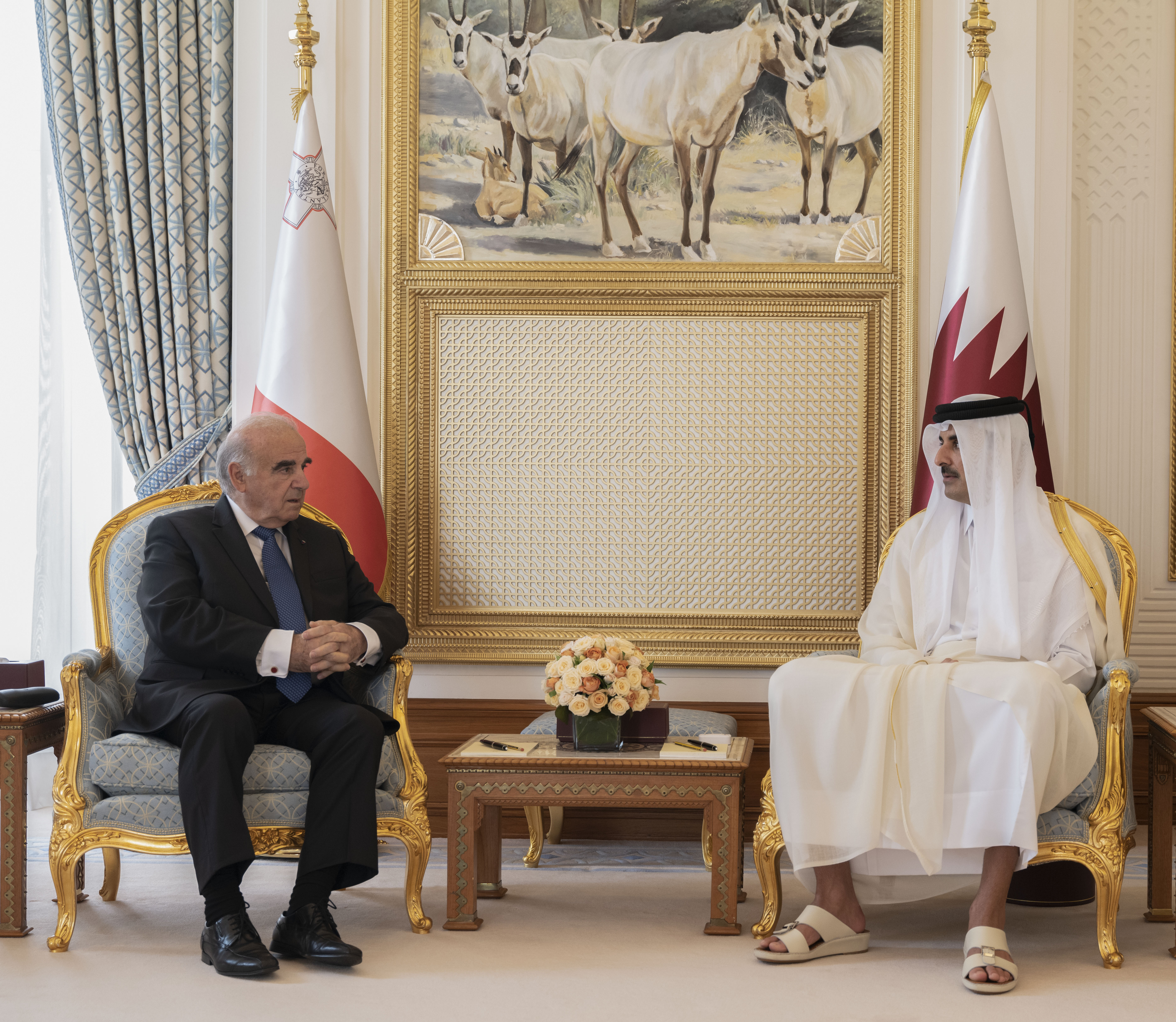 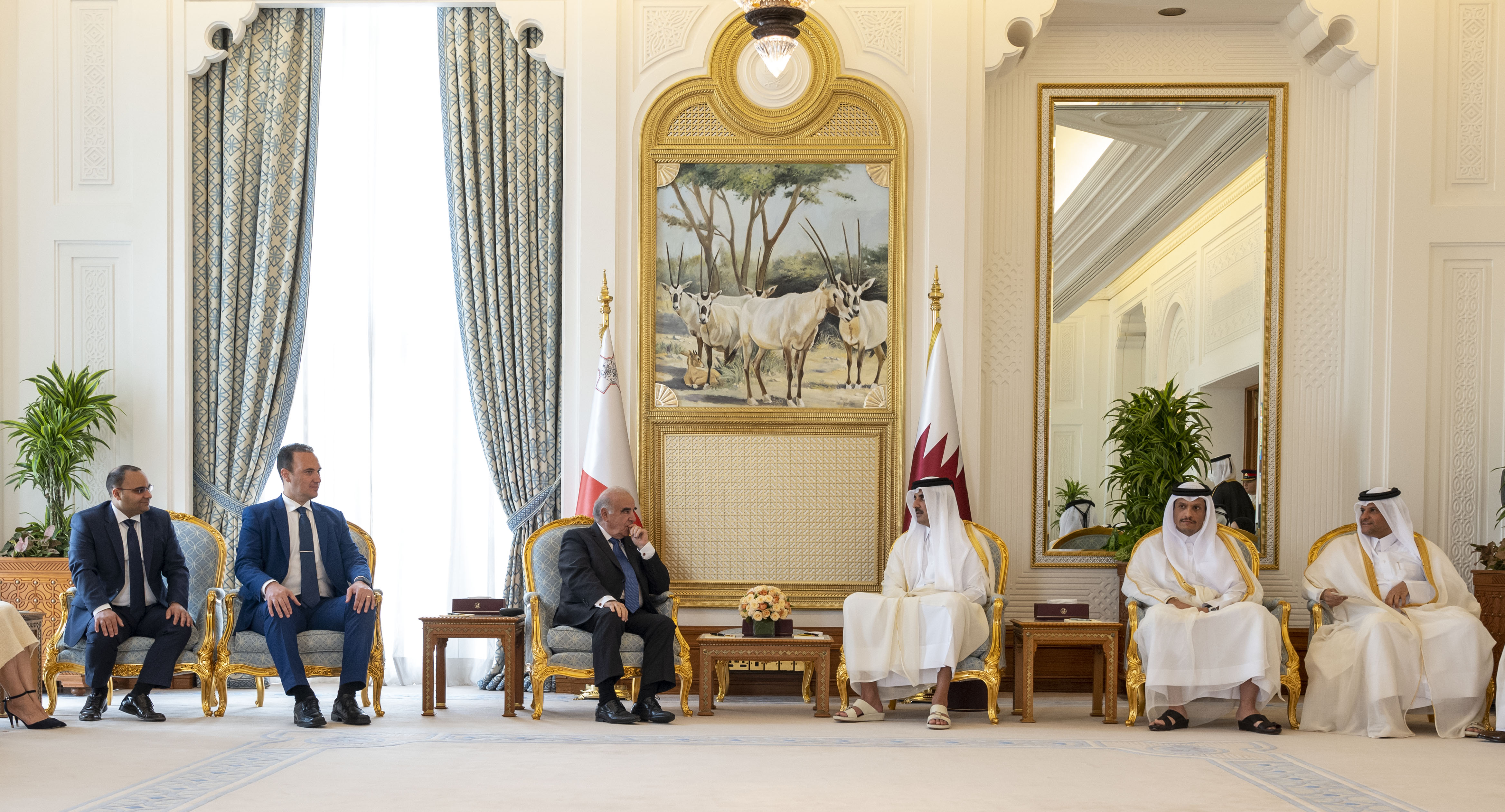 His Highness The Amir Sheikh Tamim bin Hamad Al Thani and HE President of the Republic of Malta Dr. George Vella held official talks in the Amri Diwan this morning.

During the session bilateral relations were discussed between the two friendly countries and ways of supporting and developing these relations, particularly in investment, education, culture and tourism spheres, in addition to discussing a range of regional and international issues of common interest.

The session was attended from the Maltese side by HE The Minister of Finance and Employment Clyde Caruana and HE Minister of Education, Sport, Youth, Research and Innovation Dr. Clifton Grima.

On this occasion, HH The Amir hosted a lunch banquet in honor of the Maltese President and his accompanying delegation.

The President of the Republic of Malta had earlier arrived at the Amiri Diwan, where he was accorded an official reception ceremony.