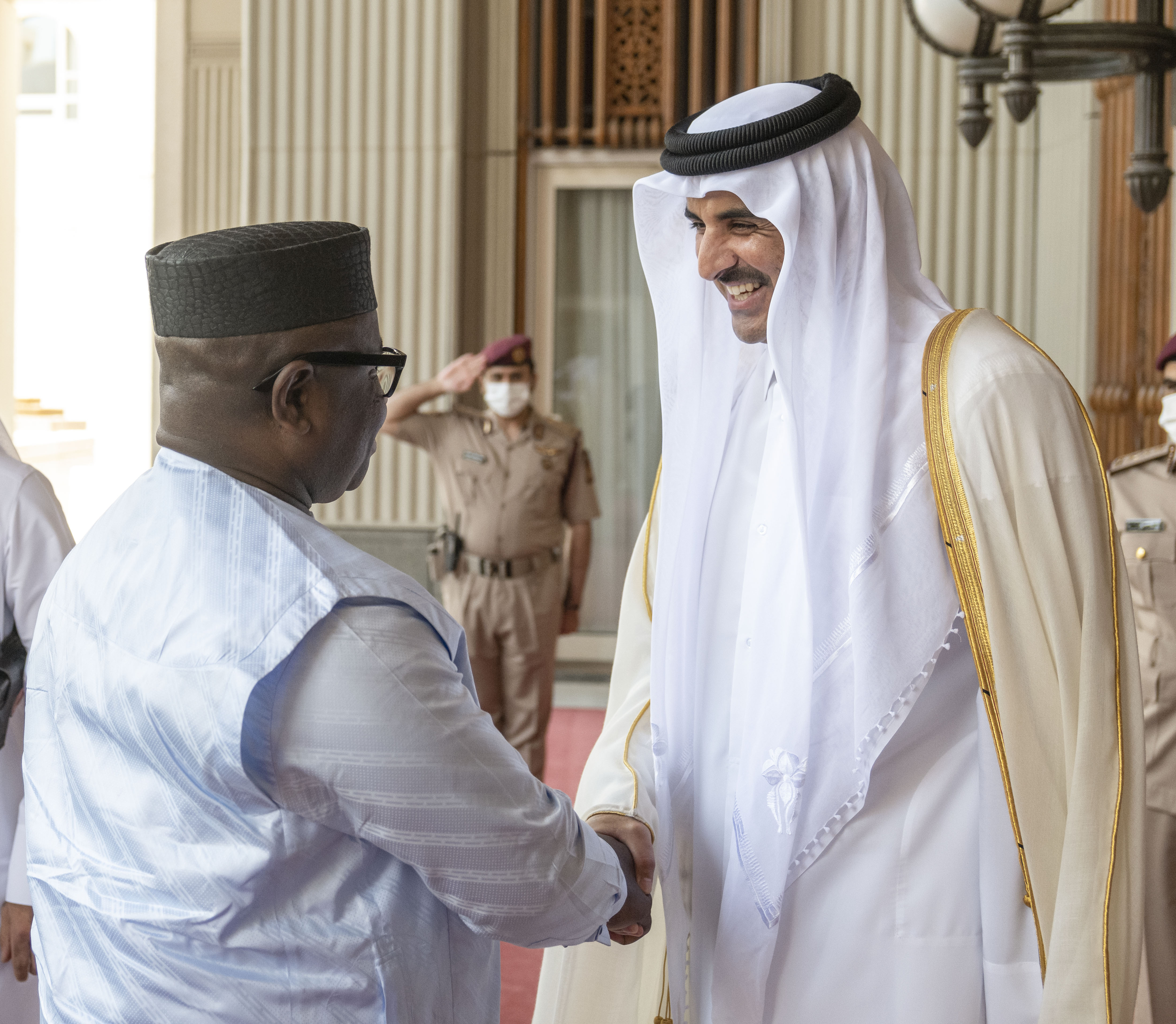 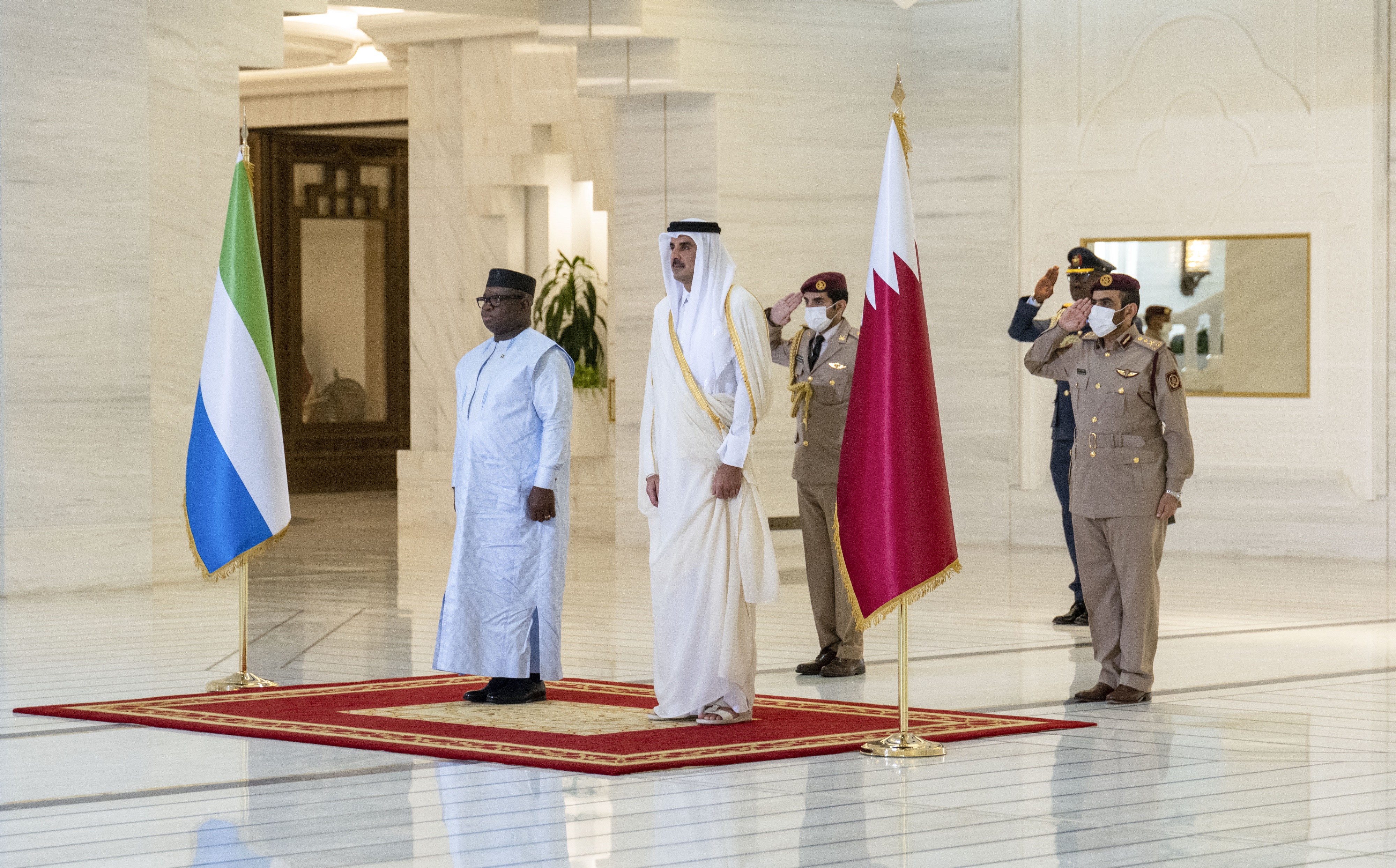 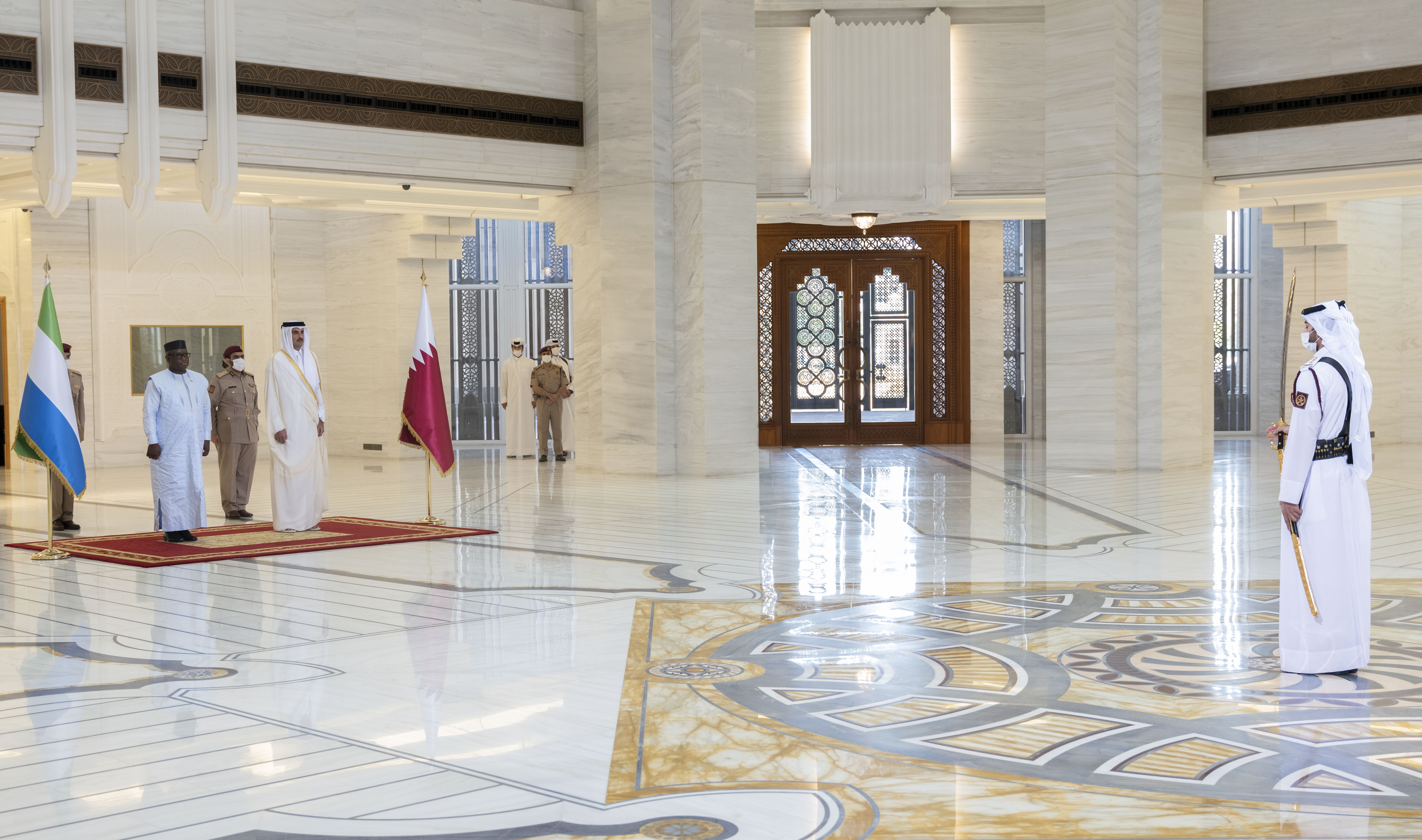 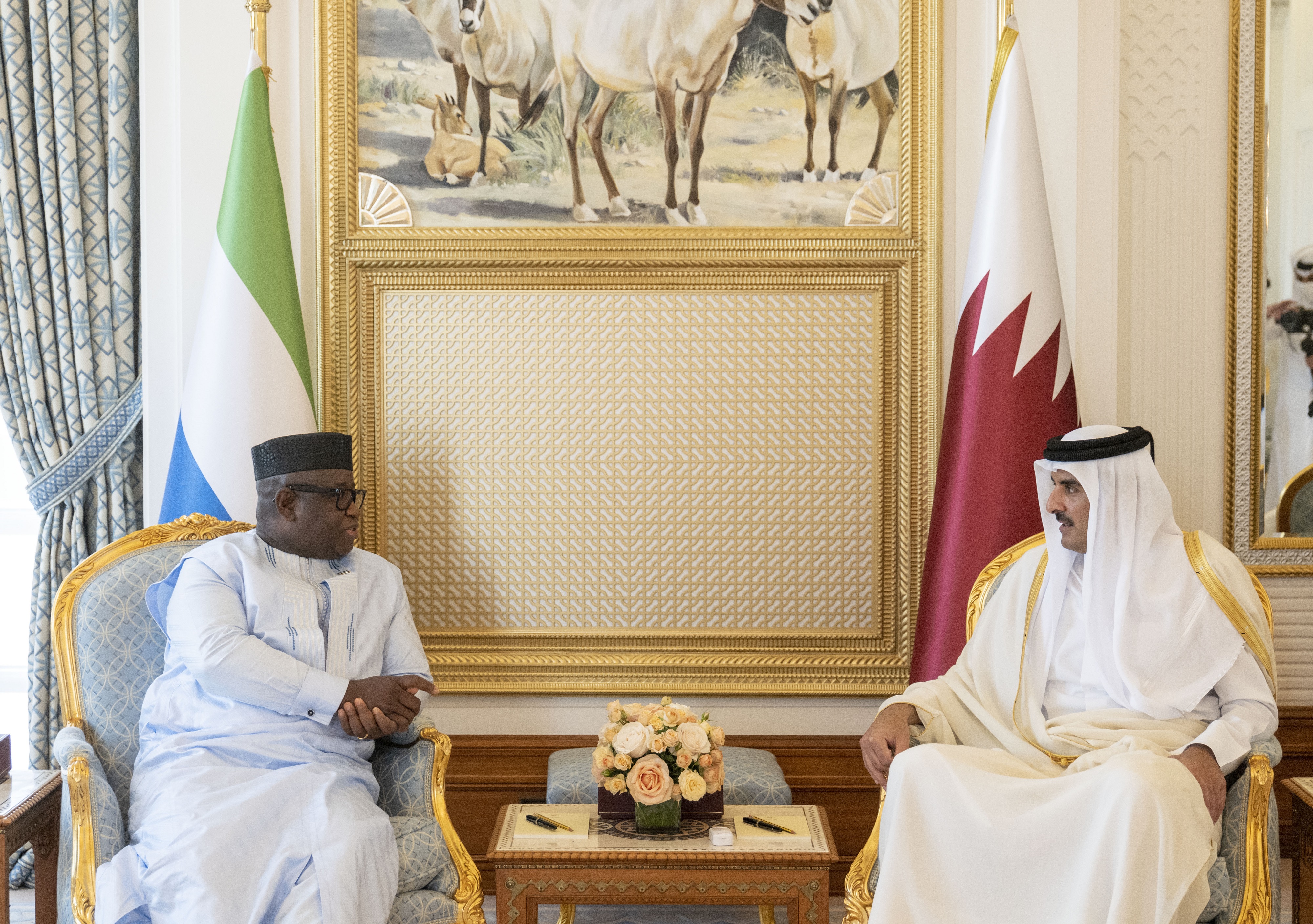 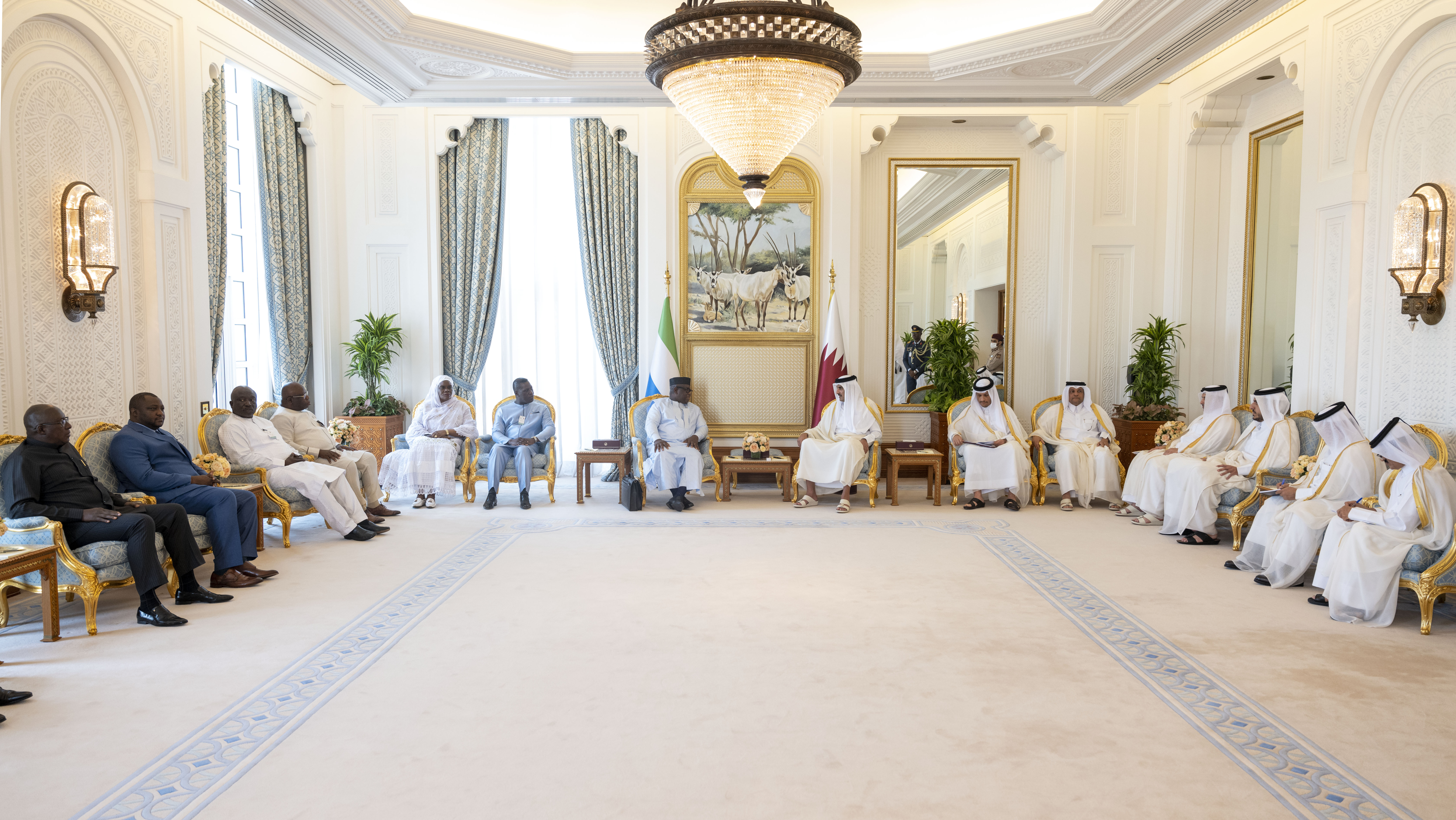 His Highness The Amir Sheikh Tamim bin Hamad Al Thani and HE President of the Republic of Sierra Leone Dr. Julius Maada Bio held an official talks session at the Amiri Diwan on Sunday morning.

During the session, they reviewed the bilateral relations between the two countries and ways of supporting and developing these relations in various fields, particularly in investment, economy, tourism and education spheres, in addition to discussing a number of regional and international issues of common interest.

From the Sierra Leone side, the session was attended by HE Minister of Foreign Affairs and International Cooperation David J. Francis, HE Minister of Agriculture and Forestry Affairs Dr. Abu Bakarr Karim, HE Minister of Trade and Industry Dr. Edward Hinga Sandy and HE Resident Minister in Southern Province Mohamed K. Alie.

After the session, HH The Amir and the Sierra Leonean President witnessed the signing of a number of agreements and memoranda of understanding between the two countries in various fields.

HE the President of the Republic of Sierra Leone had earlier arrived at the Amiri Diwan, where he was accorded an official reception ceremony.