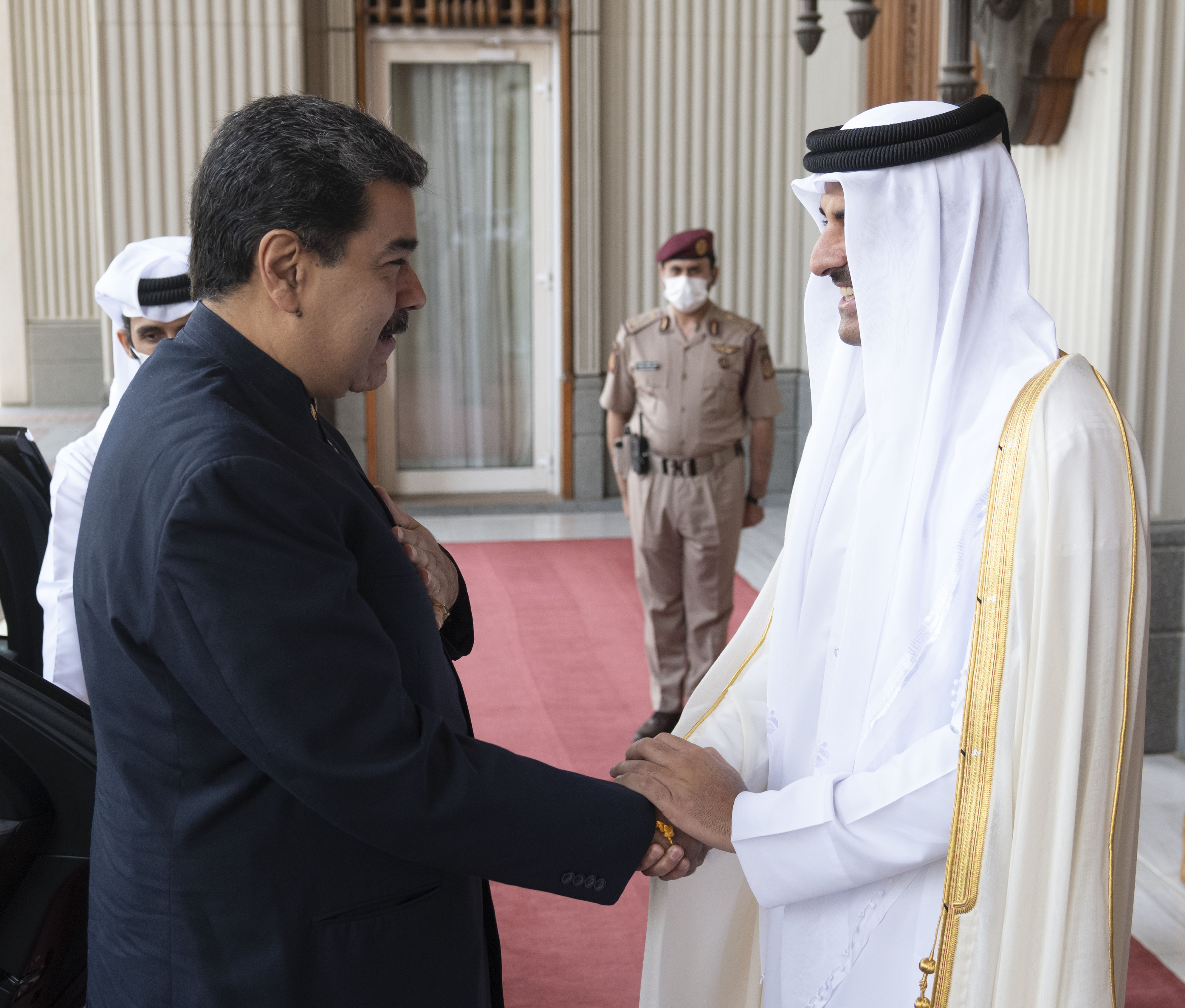 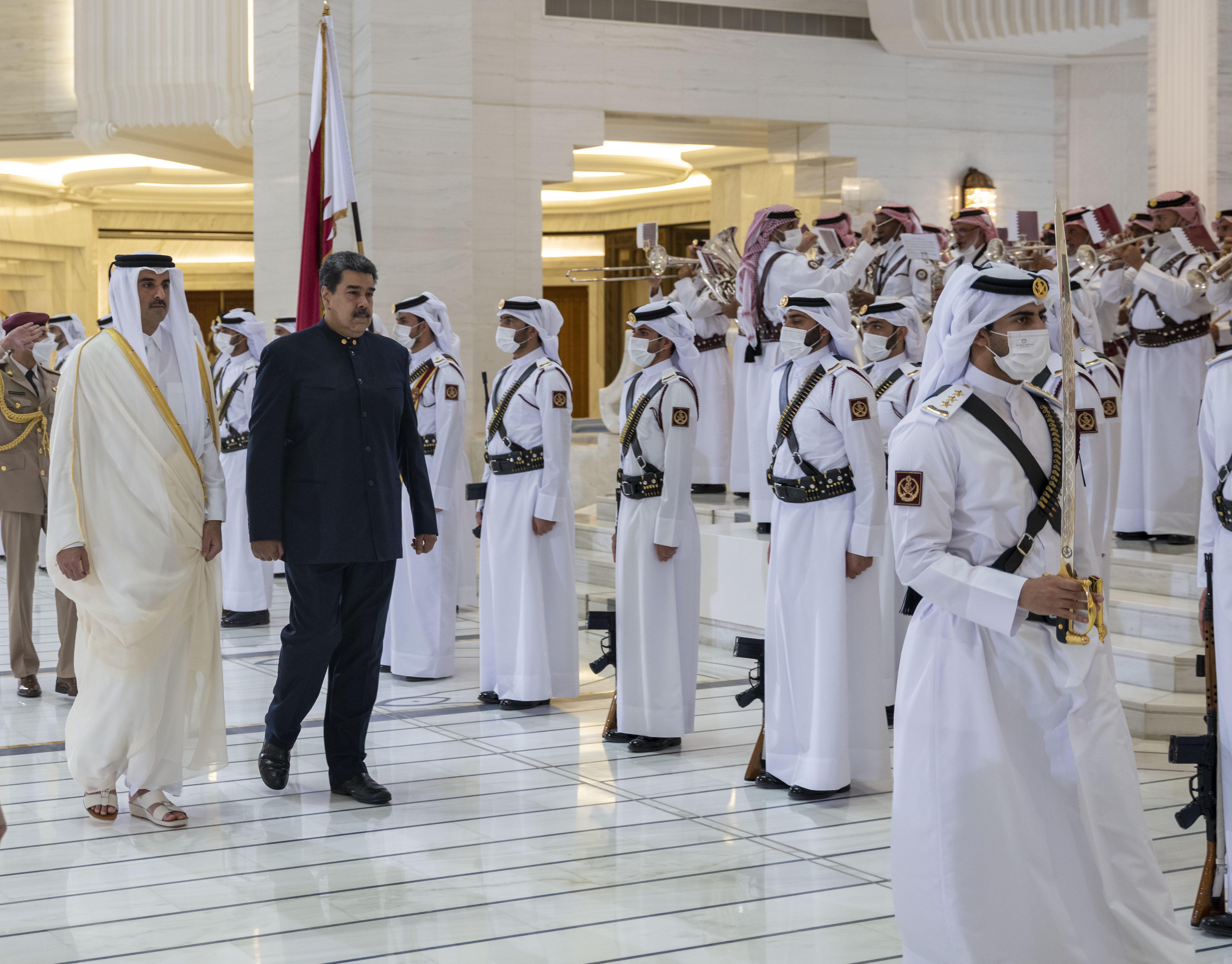 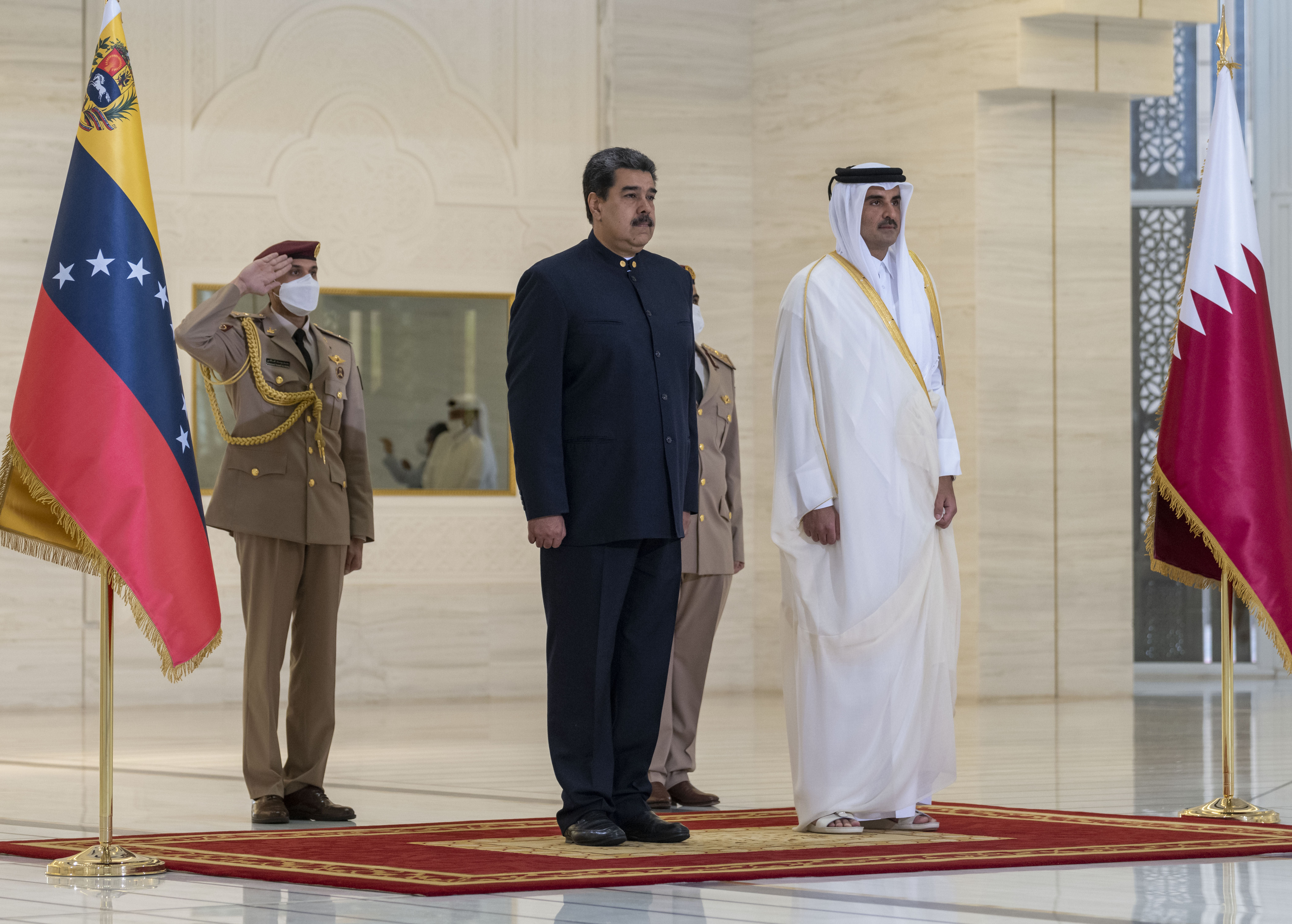 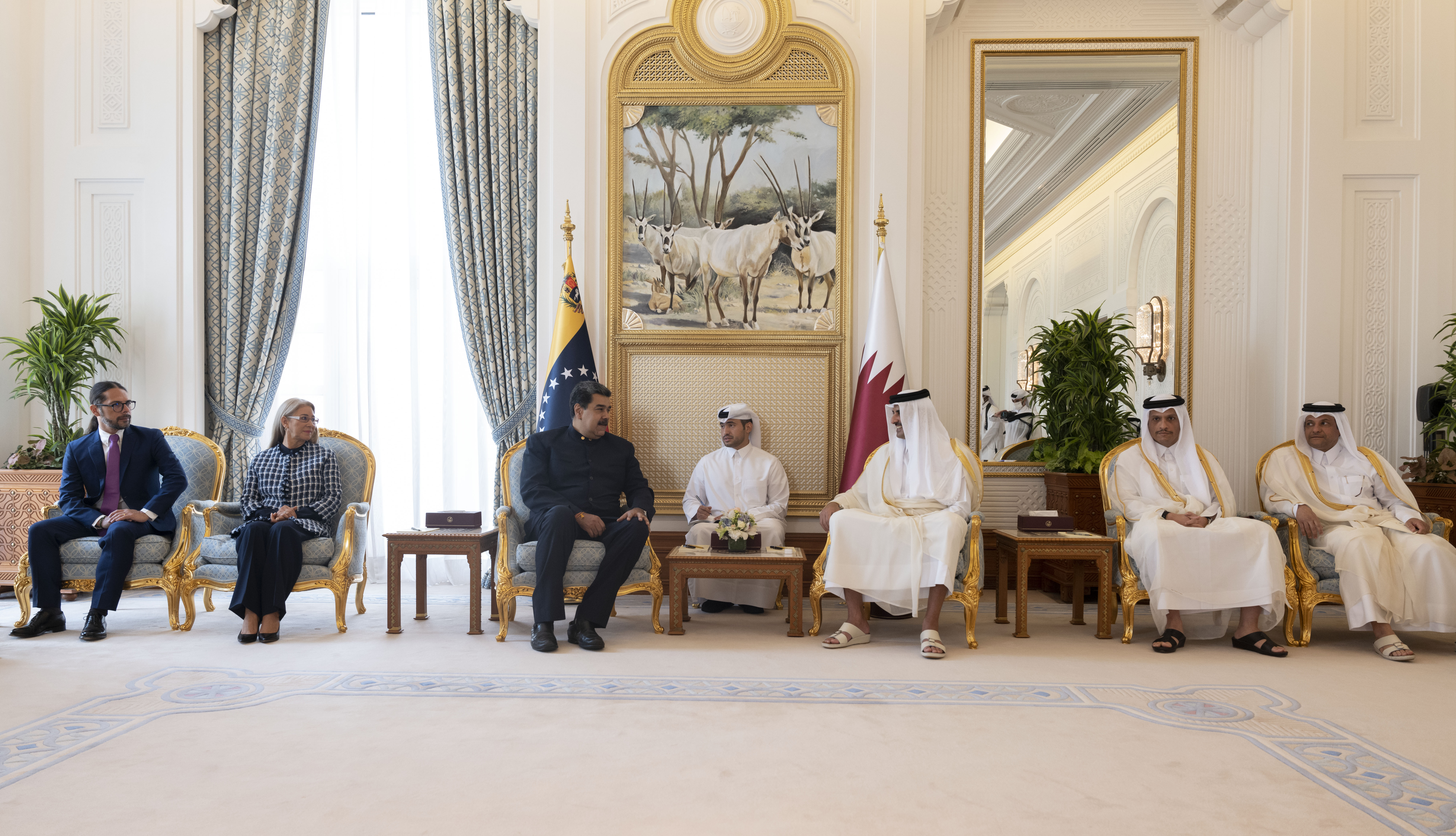 His Highness The  Amir Sheikh Tamim bin Hamad Al Thani and HE President of the Bolivarian Republic of Venezuela Nicolas Maduro held an official session of talks at the Amiri Diwan on Wednesday morning.

At the beginning of the session, HH The Amir welcomed HE Venezuelan President and the accompanying delegation, wishing him a pleasant stay, and relations between the two countries further development and growth in various fields, describing this visit as an important one.

For his part, HE Venezuelan President expressed his thanks to HH The Amir for the warm reception and hospitality, stressing his keenness to develop the Venezuelan-Qatari relations, expressing hope that his visit would contribute to achieving the aspirations of the two friendly peoples to deepen the relations of joint cooperation and friendship between the two countries.

During the session, they discussed aspects of developing friendship relations and prospects for joint cooperation, pushing them to broader horizons to serve the common interests of the two countries, especially in the fields of energy, economy, investment, agriculture and tourism, in addition to exchanging views on the most prominent regional and international issues.

On this occasion, HH The Amir hosted a luncheon banquet in honor of HE the Venezuelan President and the accompanying delegation.

HE President of the Bolivarian Republic of Venezuela had earlier arrived at the Amiri Diwan, where an official reception ceremony was held for him.