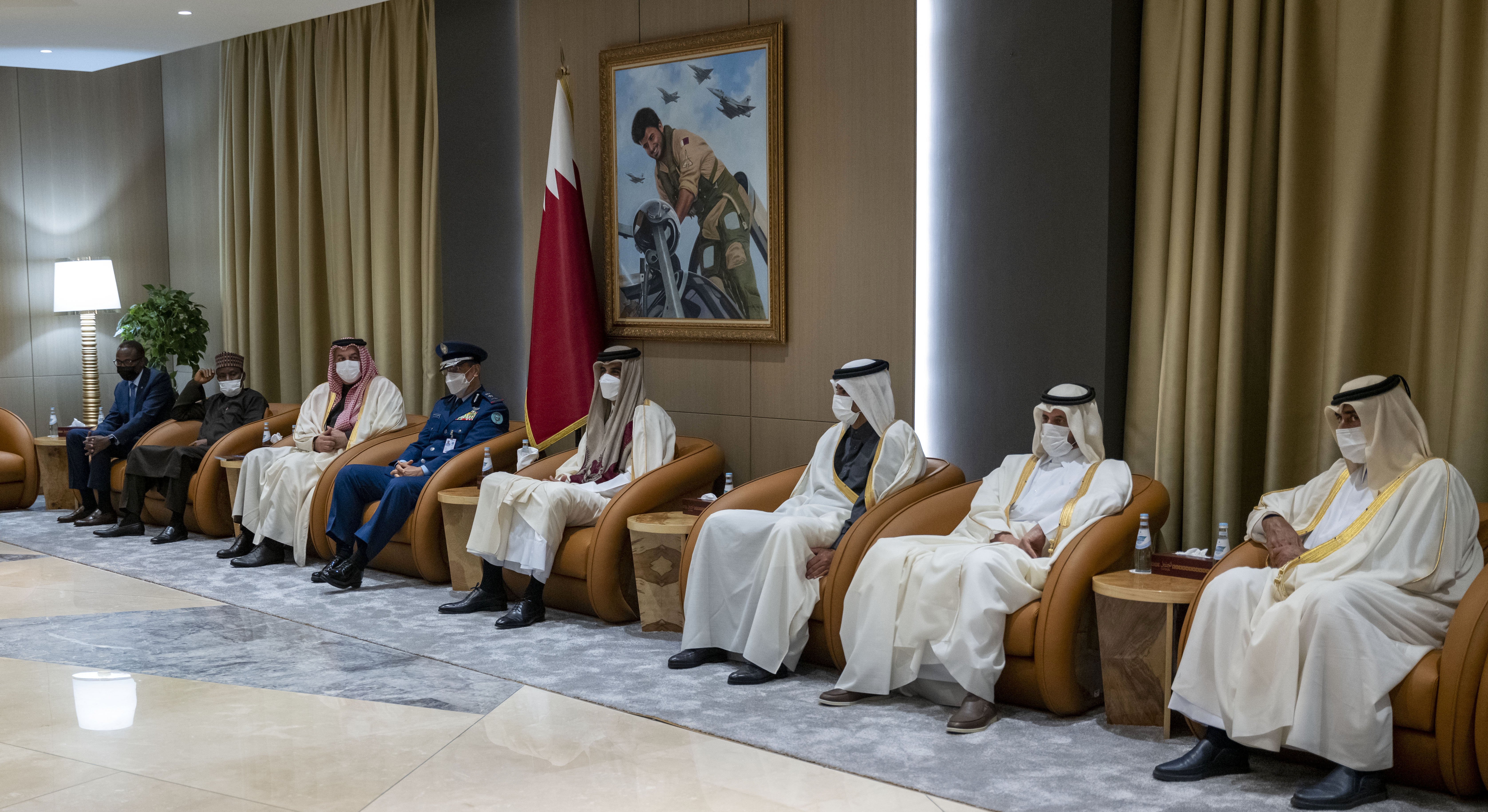 The meeting was attended by HE Prime Minister and Minister of Interior Sheikh Khalid bin Khalifa bin Abdulaziz Al Thani and a number of Their Excellencies the Ministers.