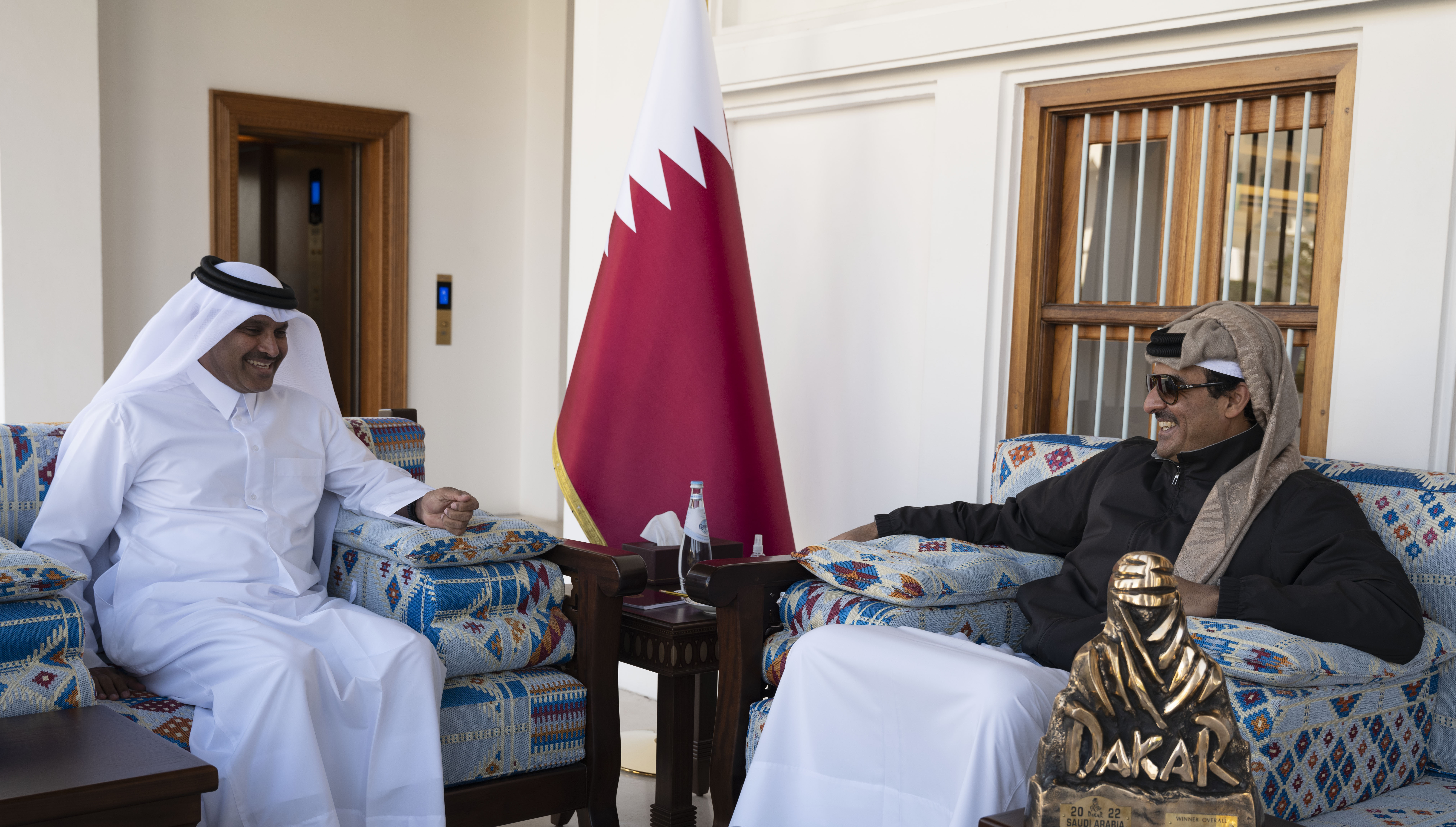 His Highness The Amir Sheikh Tamim bin Hamad Al Thani received this morning at Sheikh Abdullah Bin Jassim Majlis at the Amiri Diwan, Nasser bin Saleh Al Attiyah who was crowned the champion of the Dakar Rally for the fourth time.

At the beginning of the meeting, HH The Amir congratulated Nasser Al Attiyah on this great achievement, wishing him further success in his athletic career.

For his part, Nasser Al Attiyah expressed his thanks and appreciation to HH The Amir for his constant encouragement and support for Qatari athletes, stressing his keenness to achieve more accomplishments in the upcoming tournaments.