HH The Amir Receives Written Message from President of Algeria 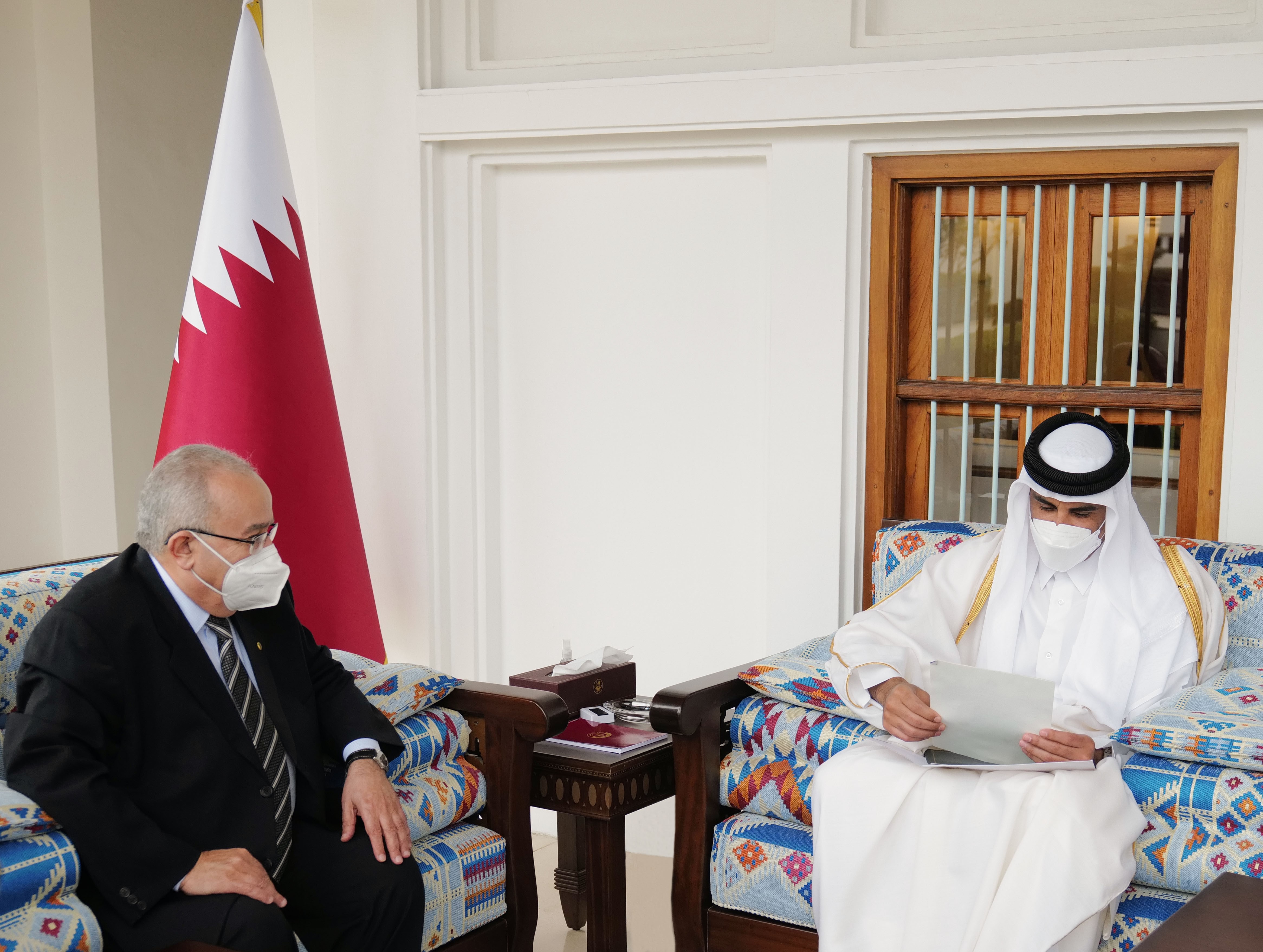 His Highness The Amir Sheikh Tamim bin Hamad Al Thani received a written message from HE President of the People's Democratic Republic of Algeria Abdelmadjid Tebboune, pertaining to the strong bilateral relations and means of boosting and developing them.

The message was handed over by HE Minister of Foreign Affairs of Algeria Ramtane Lamamra when HH The Amir received him and the accompanying delegation at Sheikh Abdullah Bin Jassim Majlis at the Amiri Diwan this morning.

At the beginning of the meeting, HE Algerian Minister of Foreign Affairs conveyed the greetings of HE President of Algeria Abdelmadjid Tebboune to HH The Amir, wishing HH The Amir every success, and the Qatari people further progress and prosperity.

For his part, HH The Amir entrusted HE Algerian Minister of Foreign Affairs Ramtane Lamamra to convey his greetings to the HE President of Algeria Abdelmadjid Tebboune, wishing him good health and the Algerian people further progress and prosperity.

During the meeting, they reviewed the bilateral relations between the two countries and aspects of their development, in addition to the latest developments in the region.