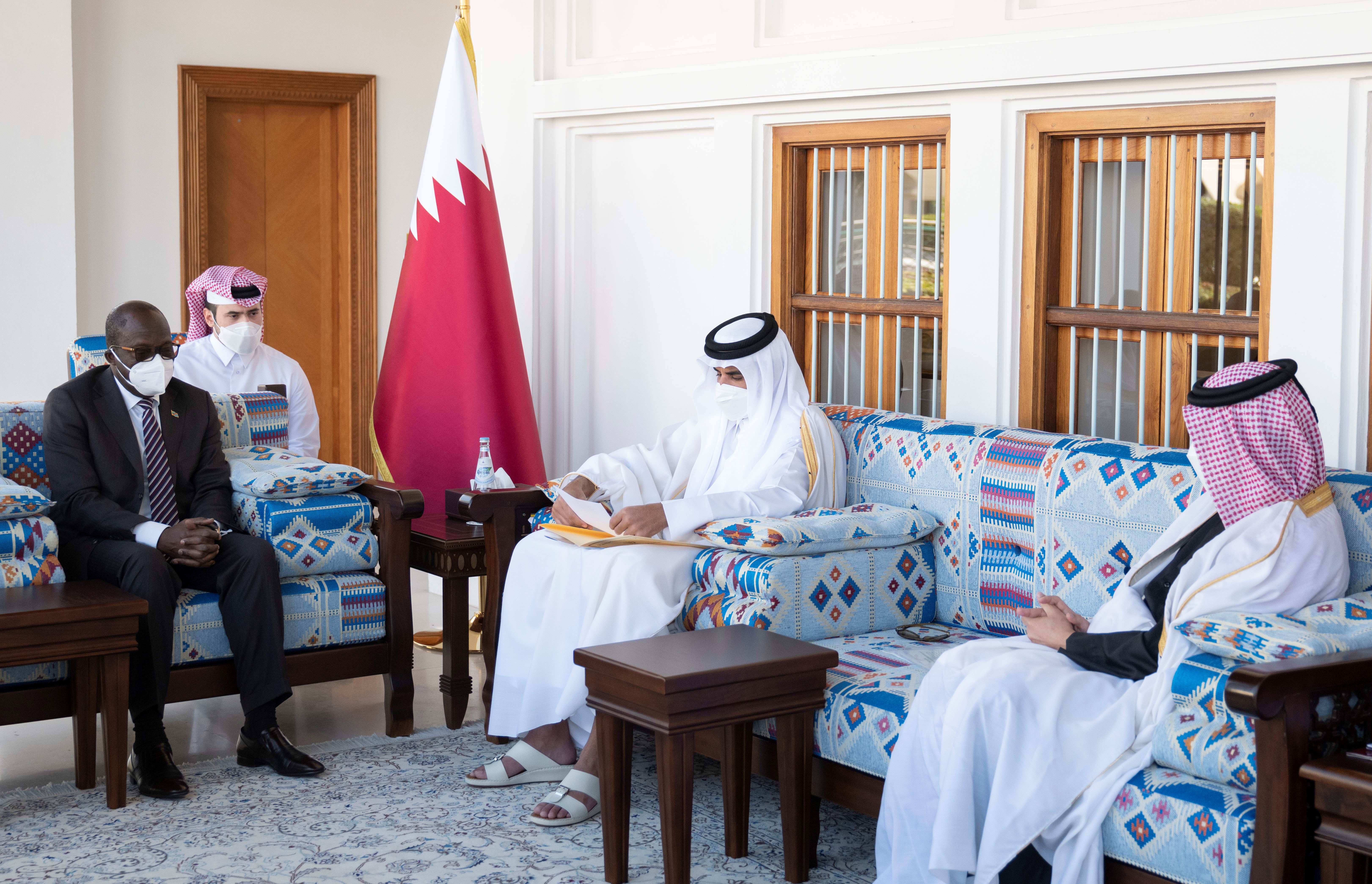 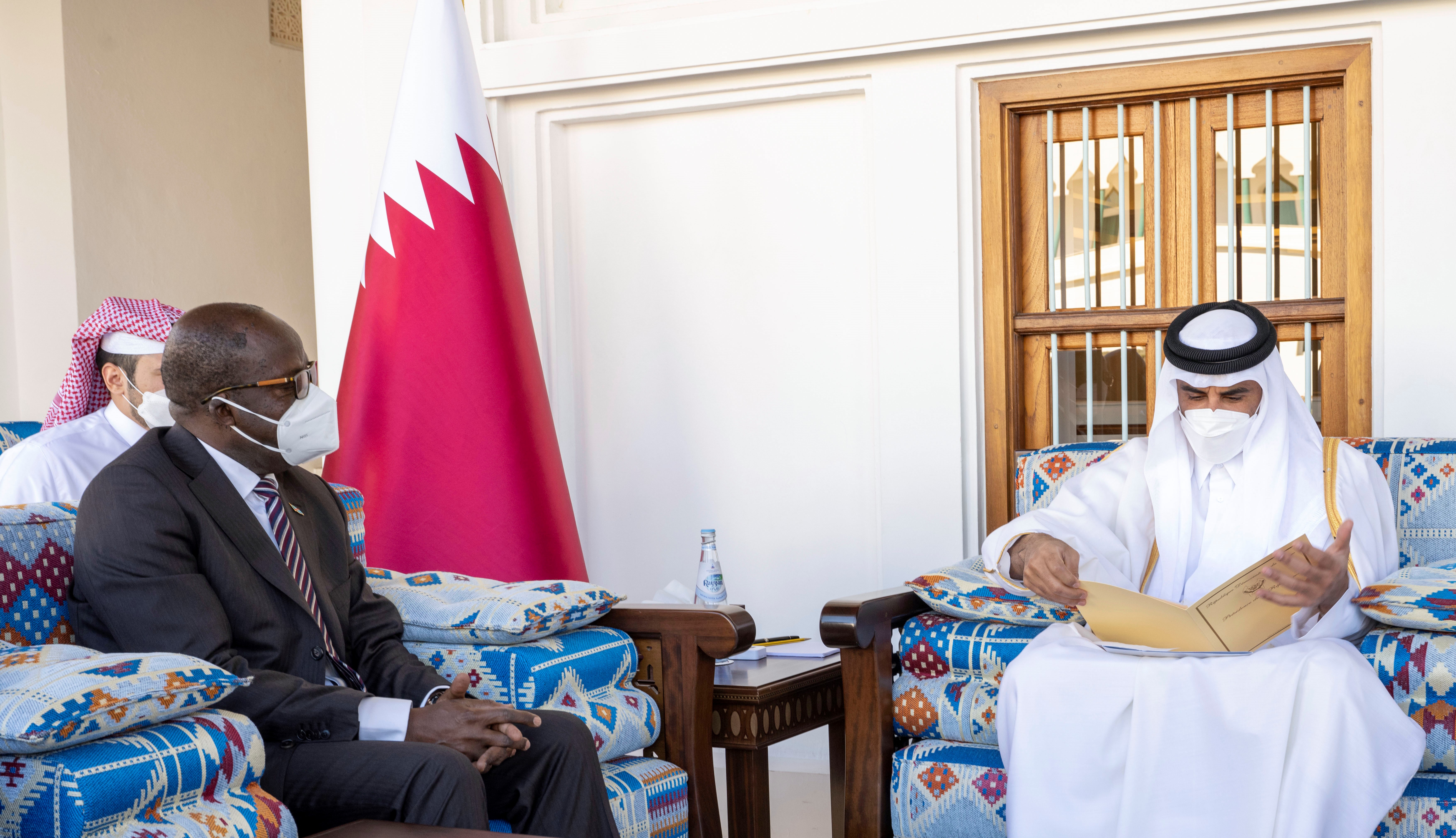 His Highness The Amir Sheikh Tamim bin Hamad Al Thani received a written message from HE President of the Democratic Republic of the Congo Felix Tshisekedi, pertaining to bilateral relations and means of boosting and developing them.

The message was handed over by HE Congolese Deputy Prime Minister and Minister of Foreign Affairs Christophe Lutundula Apala when HH The Amir received him and the accompanying delegation at Sheikh Abdullah Bin Jassim Majlis at the Amiri Diwan on Wednesday morning.

During the meeting, bilateral relations between the two countries and aspects of their development were reviewed, in addition to a number of issues of mutual interest.