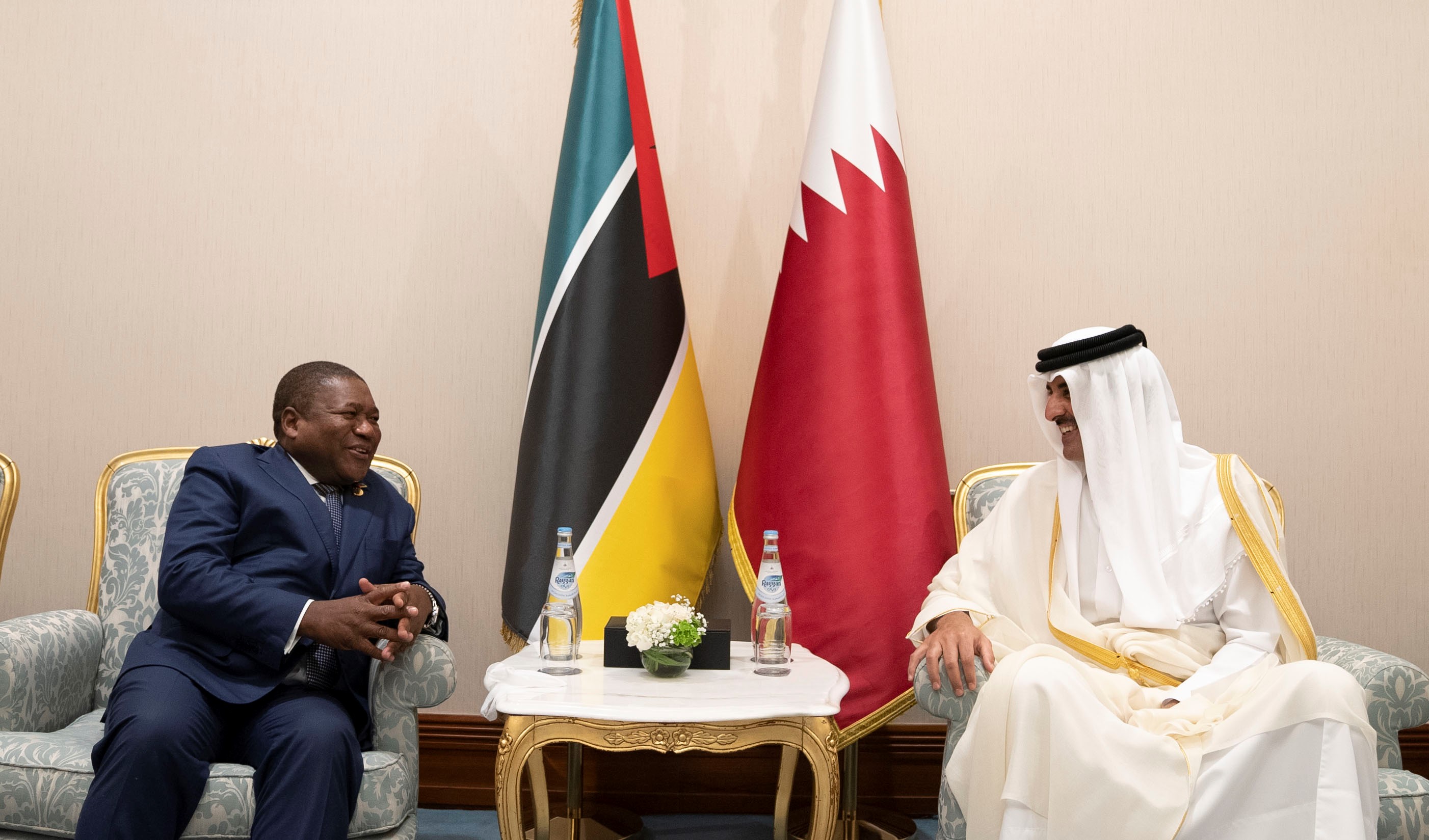 His Highness The Amir Sheikh Tamim bin Hamad Al Thani met with HE President of the Republic of Mozambique Filipe Nyusi on the sidelines of the Sixth Summit of the Gas Exporting Countries Forum (GECF), at Doha Sheraton Hotel on Tuesday morning.

During the meeting, they reviewed bilateral relations between the two countries and means of developing and strengthening them in various fields, in addition to the most prominent topics on the summit agenda, especially the future of energy and natural gas.