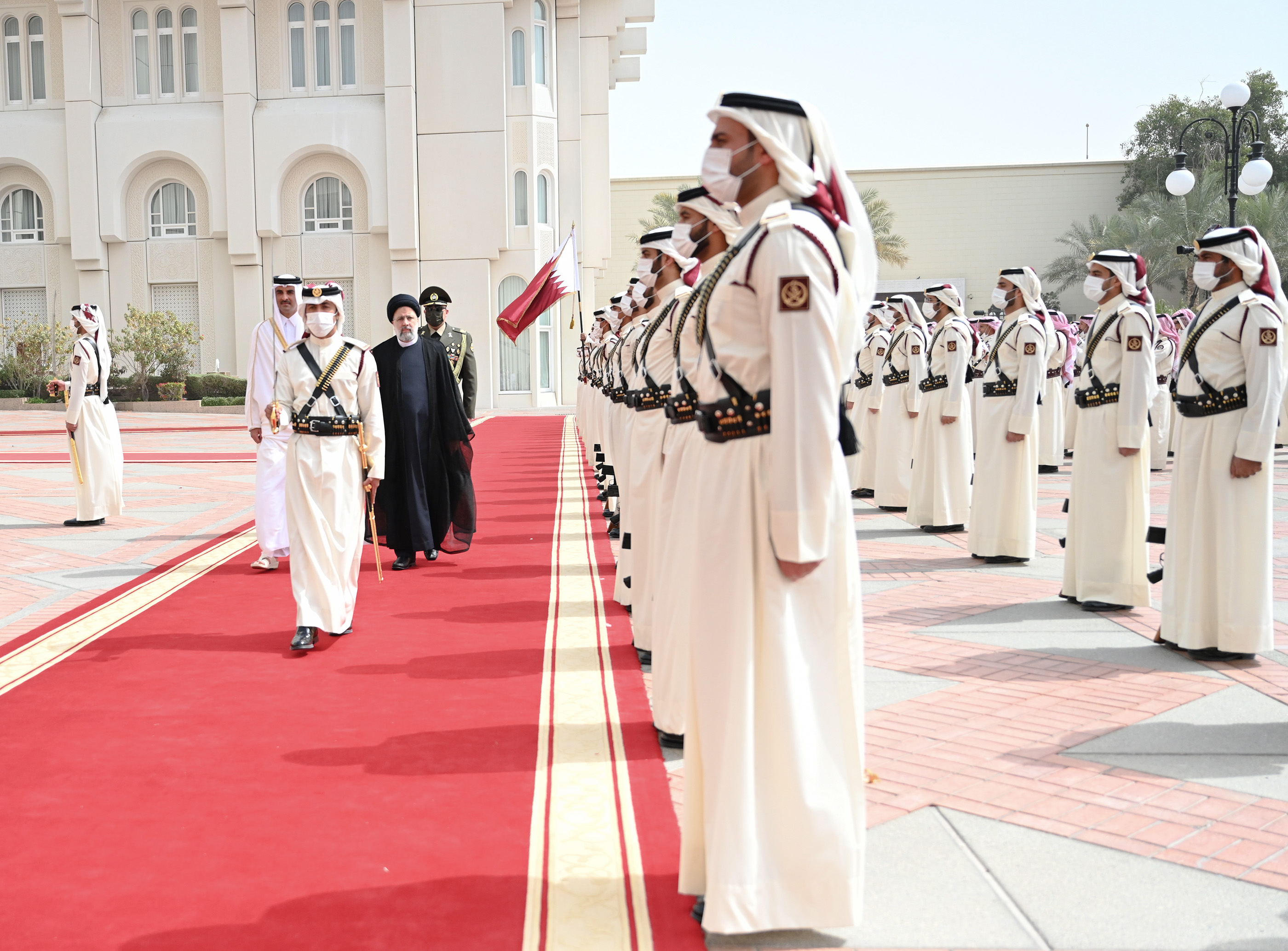 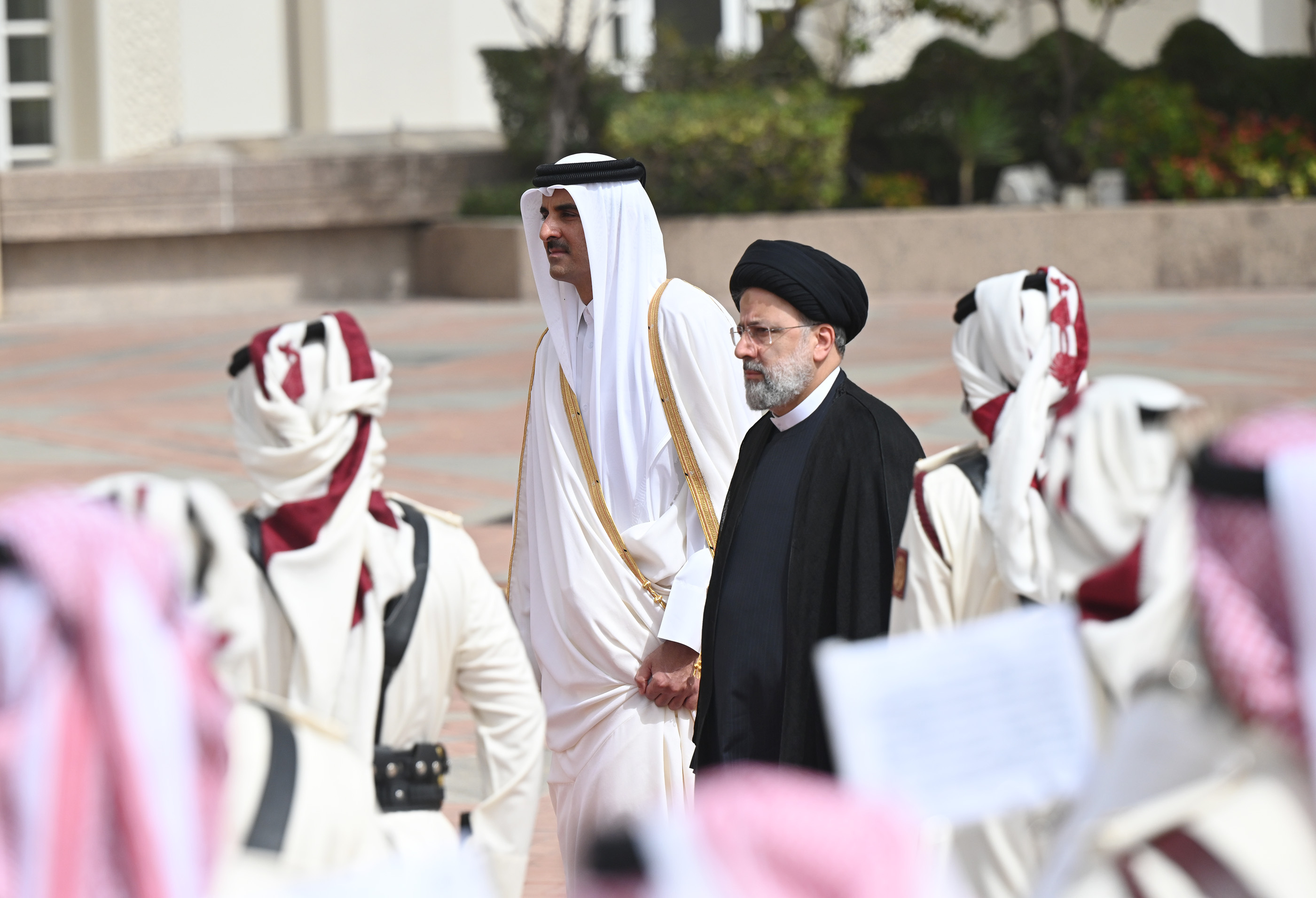 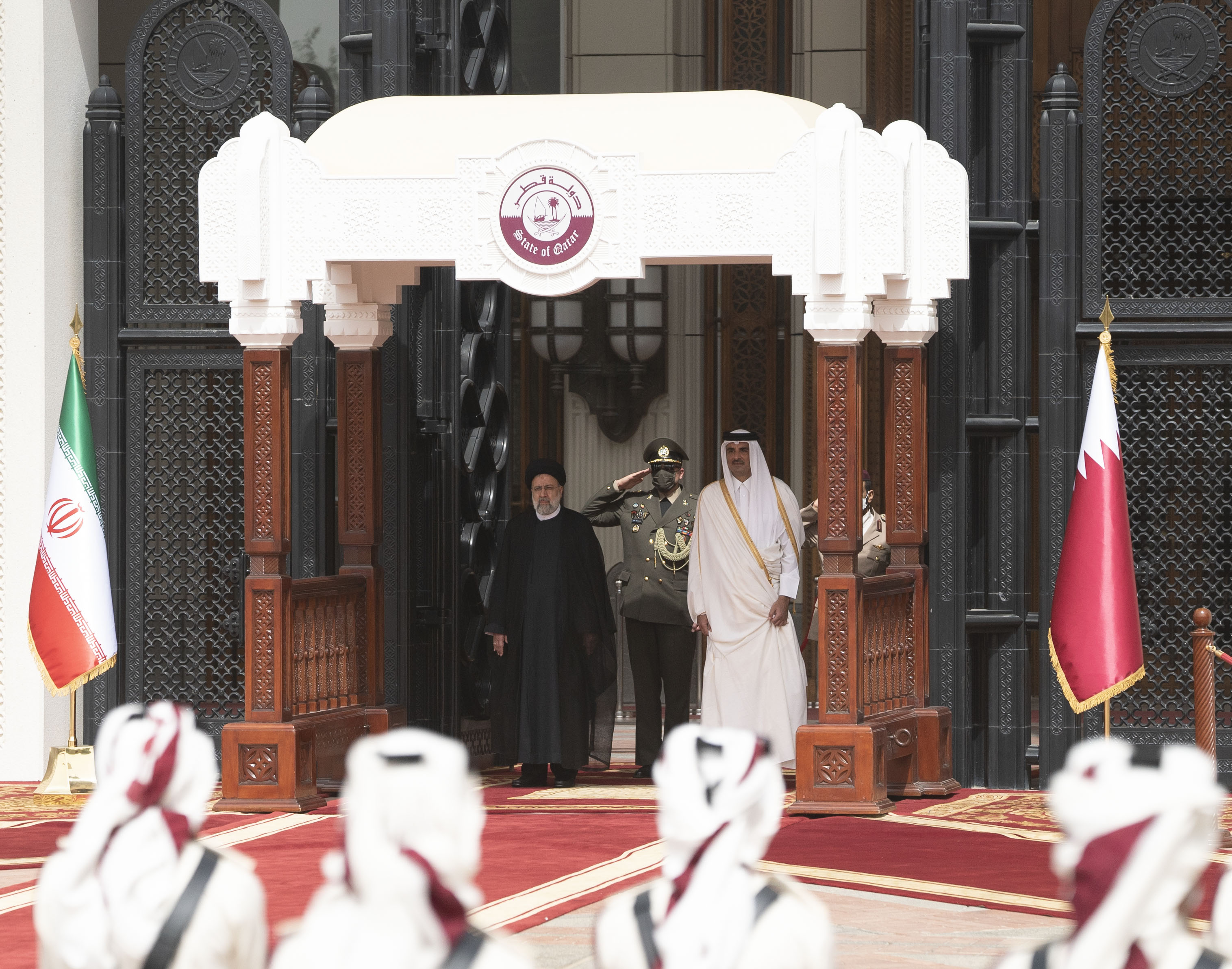 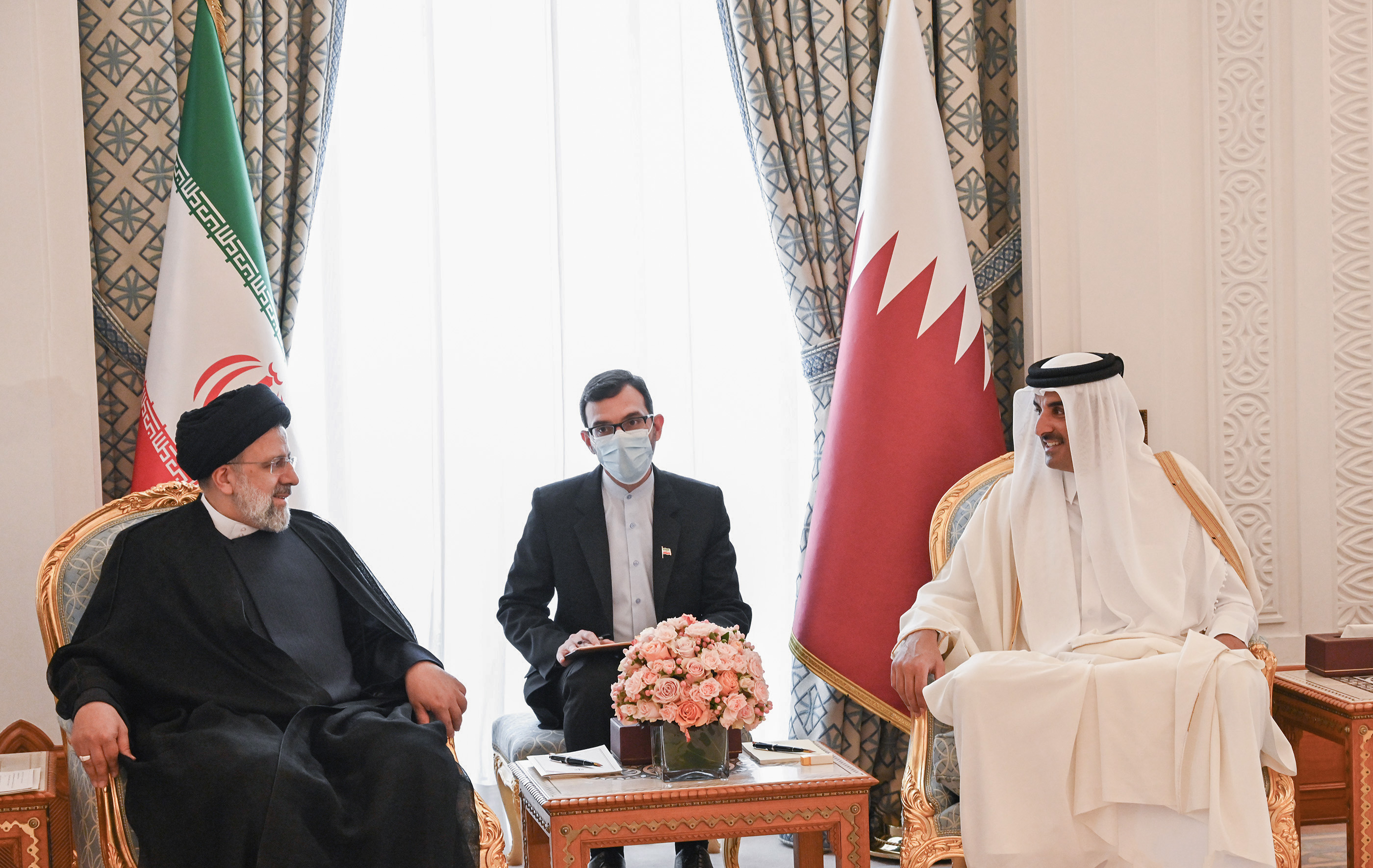 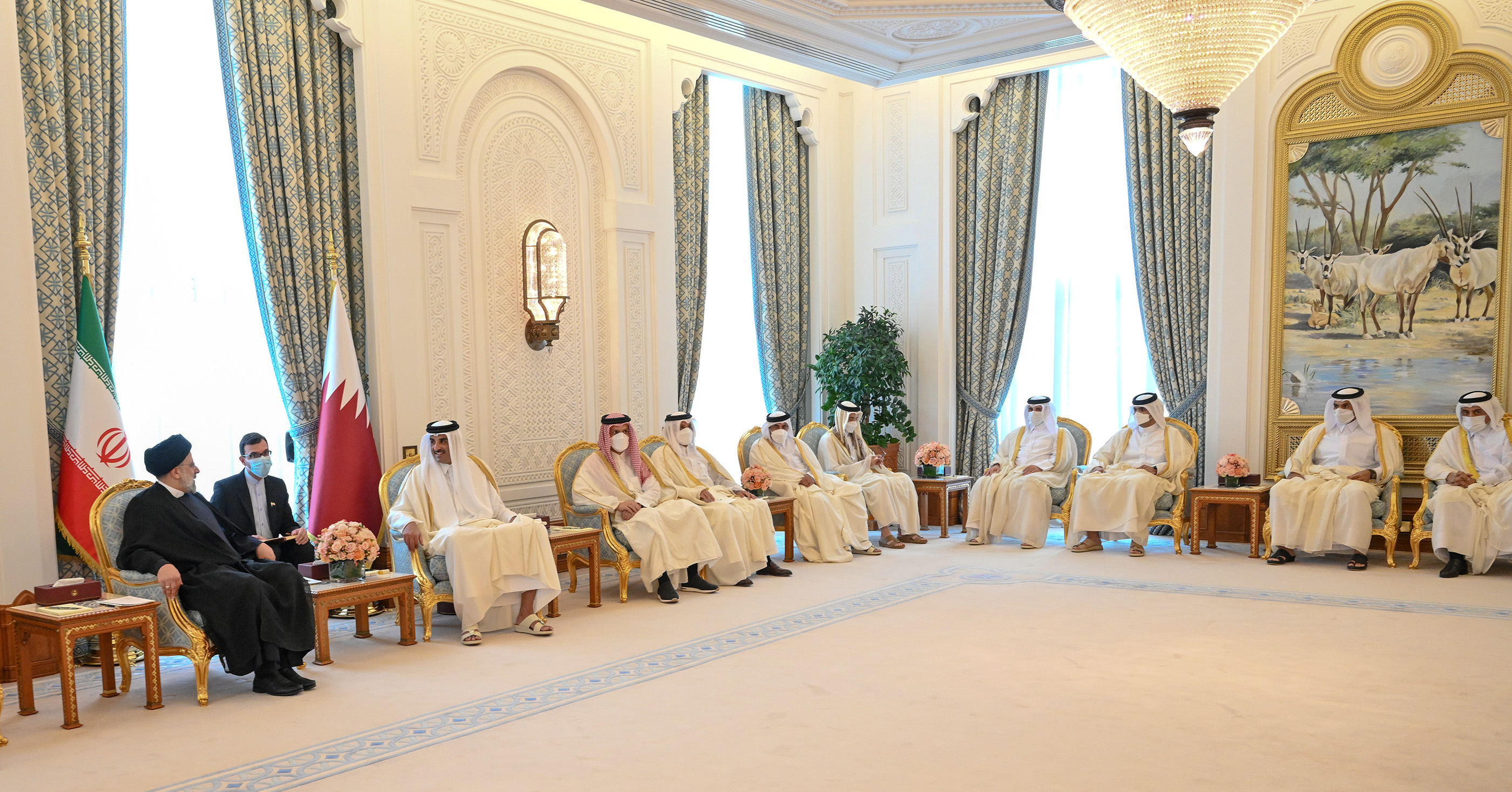 His Highness The Amir Sheikh Tamim bin Hamad Al Thani and HE President of the Islamic Republic of Iran Ebrahim Raisi held an official talks session at the Amiri Diwan on Monday morning.

At the beginning of the meeting, HH The Amir welcomed HE the Iranian President and the accompanying delegation, wishing them a pleasant stay, and the solid relations of the two countries further development and growth in various fields.

For his part, HE the Iranian President expressed his thanks to HH The Amir for the warm reception and hospitality, looking forward to strengthen the Qatari-Iranian relations for the good and the interest of the peoples of the two countries. He also expressed his keenness to enhance and develop bilateral cooperation and advance it to regional and international levels.

On the Iranian side, the session was attended by HE Minister of Foreign Affairs Dr. Hossein Amir-Abdollahian, HE Head of the Presidential Office Gholam-Hossein Esmaeili, HE Minister of Energy Ali-Akbar Mehrabian, HE Transport and Urban Development Minister Rostam Qassemi, HE Minister of Petroleum Javad Owji, and HE Minister of Industry, Mining and Trade Seyyed Reza Fatemi Amin.

HH The Amir and HE the Iranian President also held a bilateral meeting, during which they discussed the most prominent regional and international developments of common interest, in addition to the current developments in the region.

HE the Iranian President had arrived earlier at the Amiri Diwan, where he was accorded an official reception ceremony.