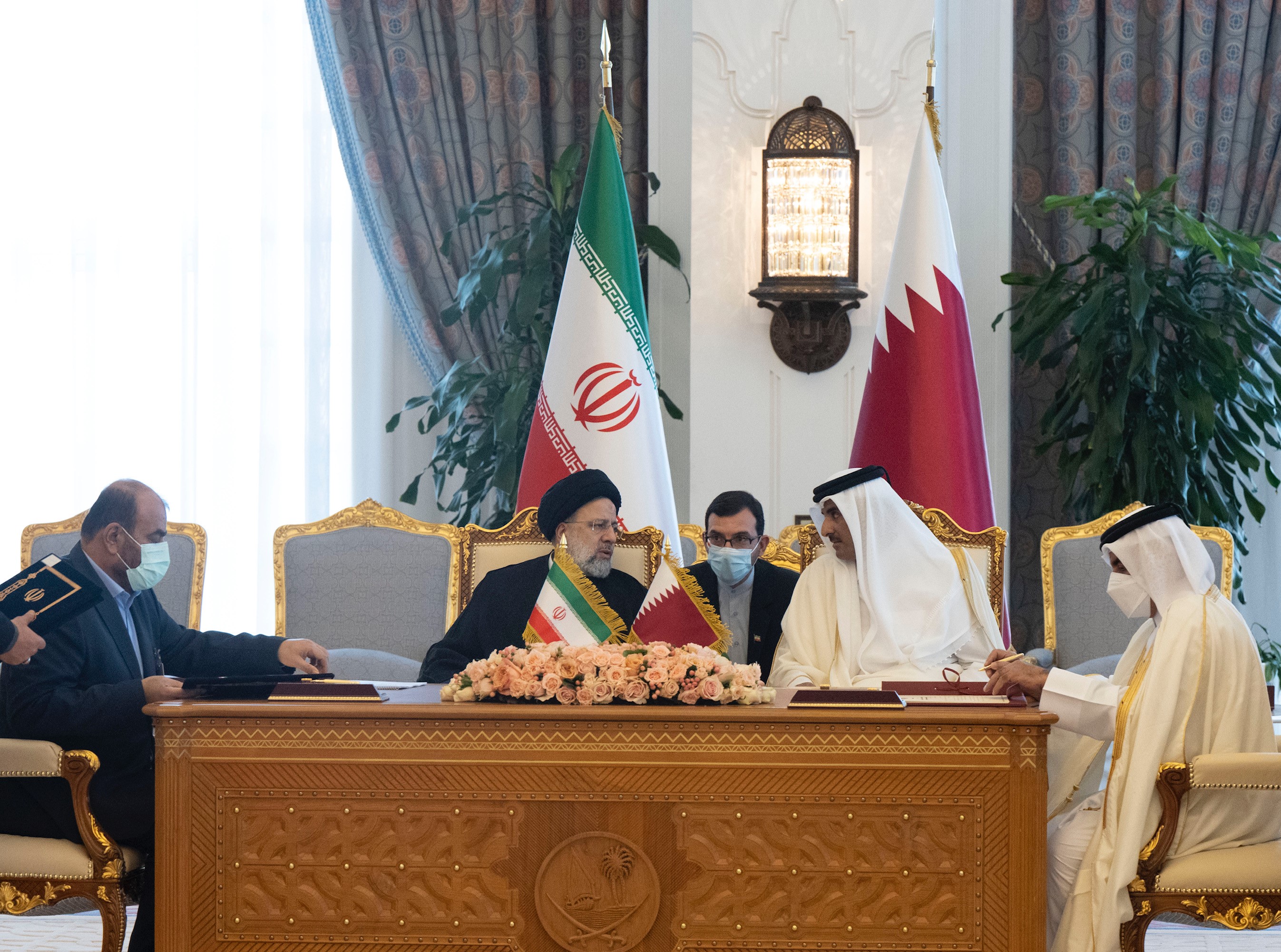 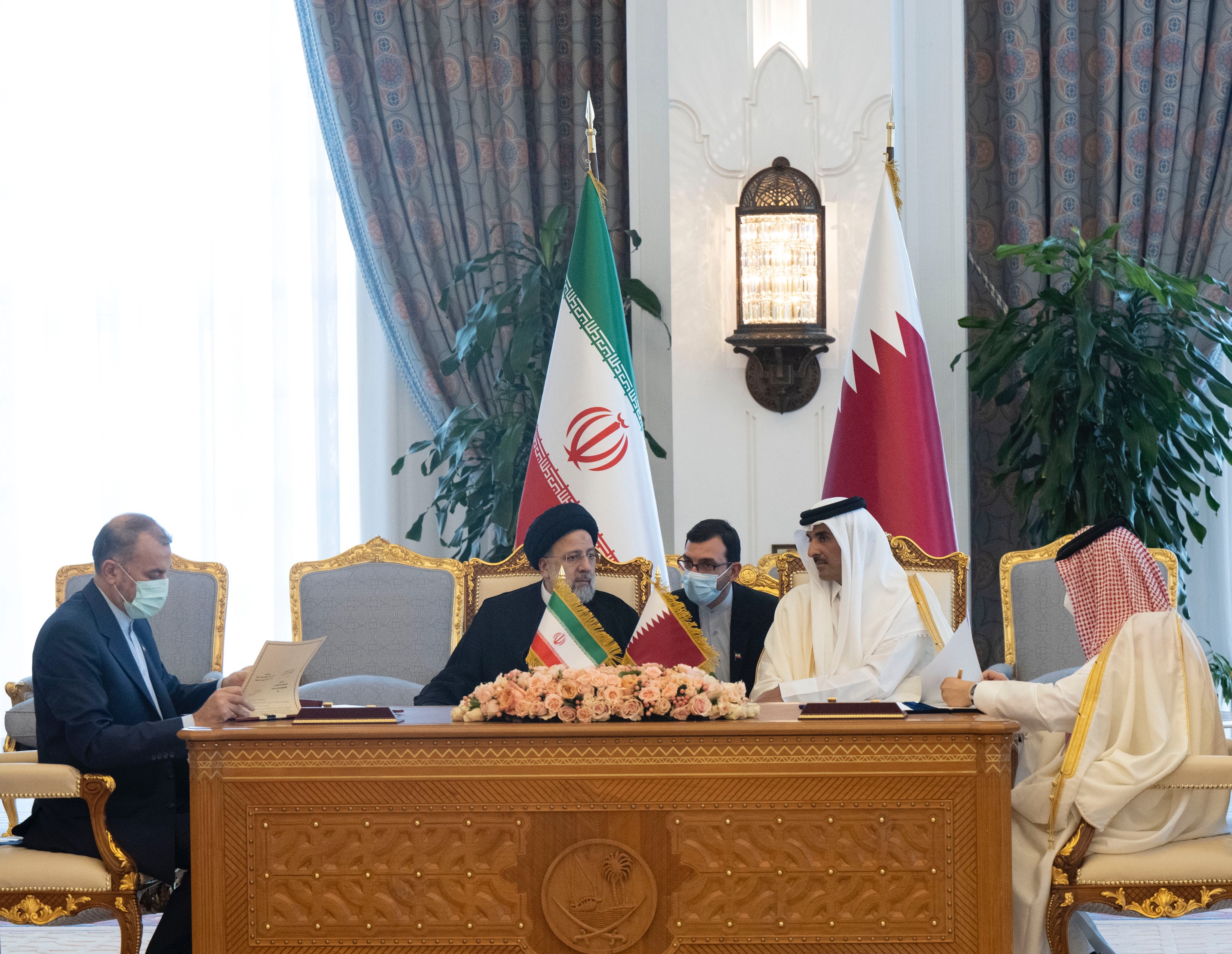 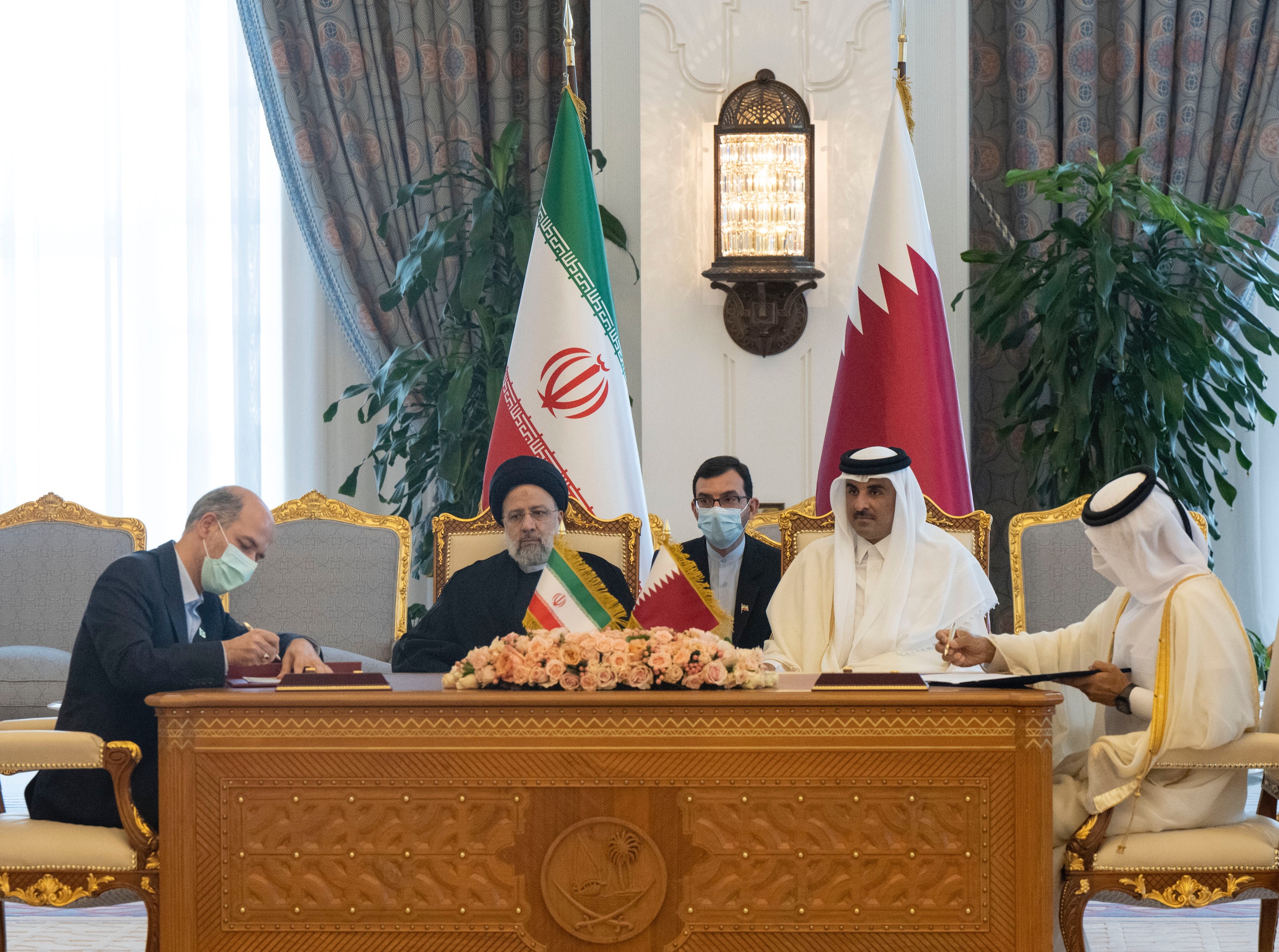 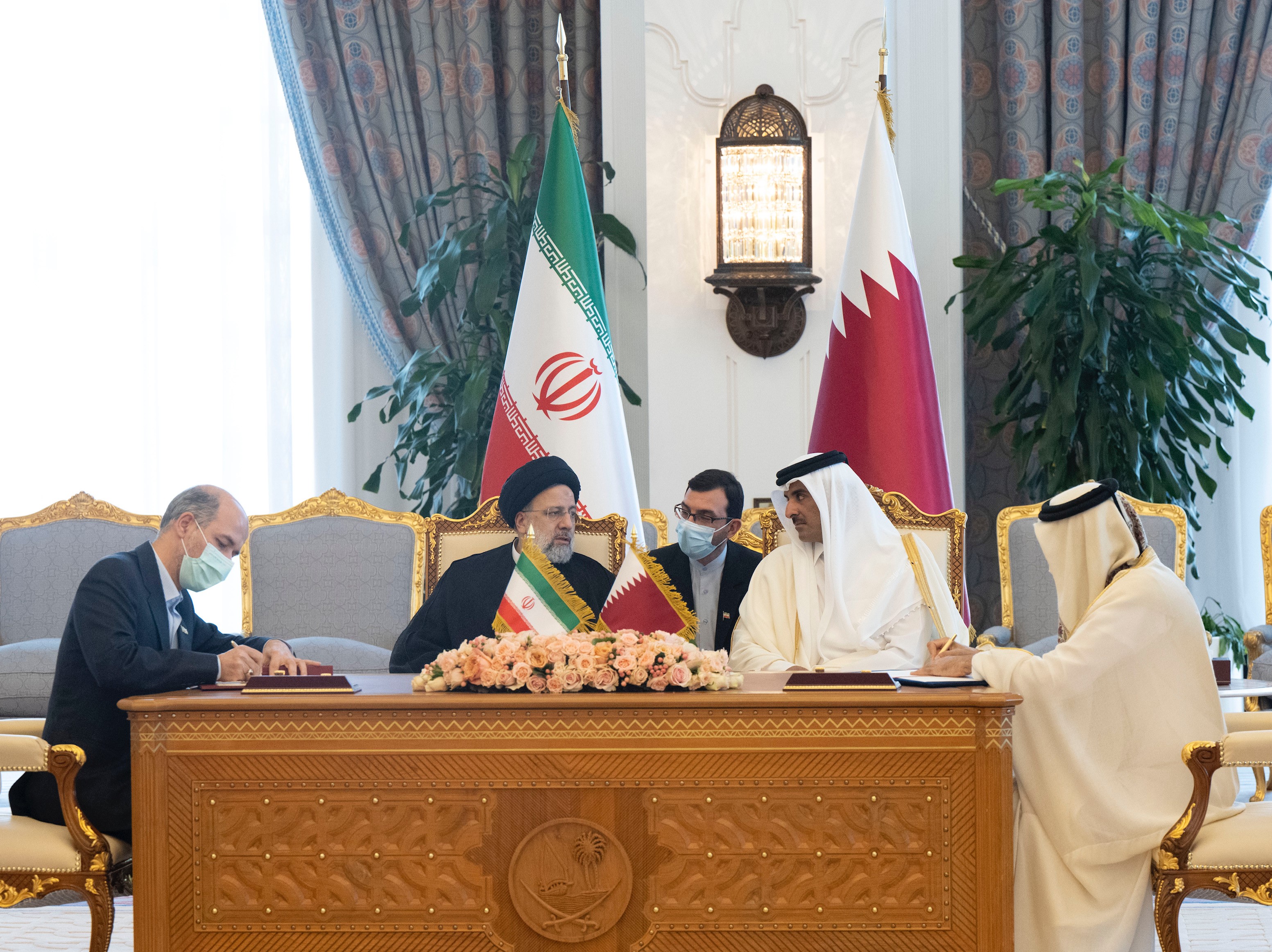 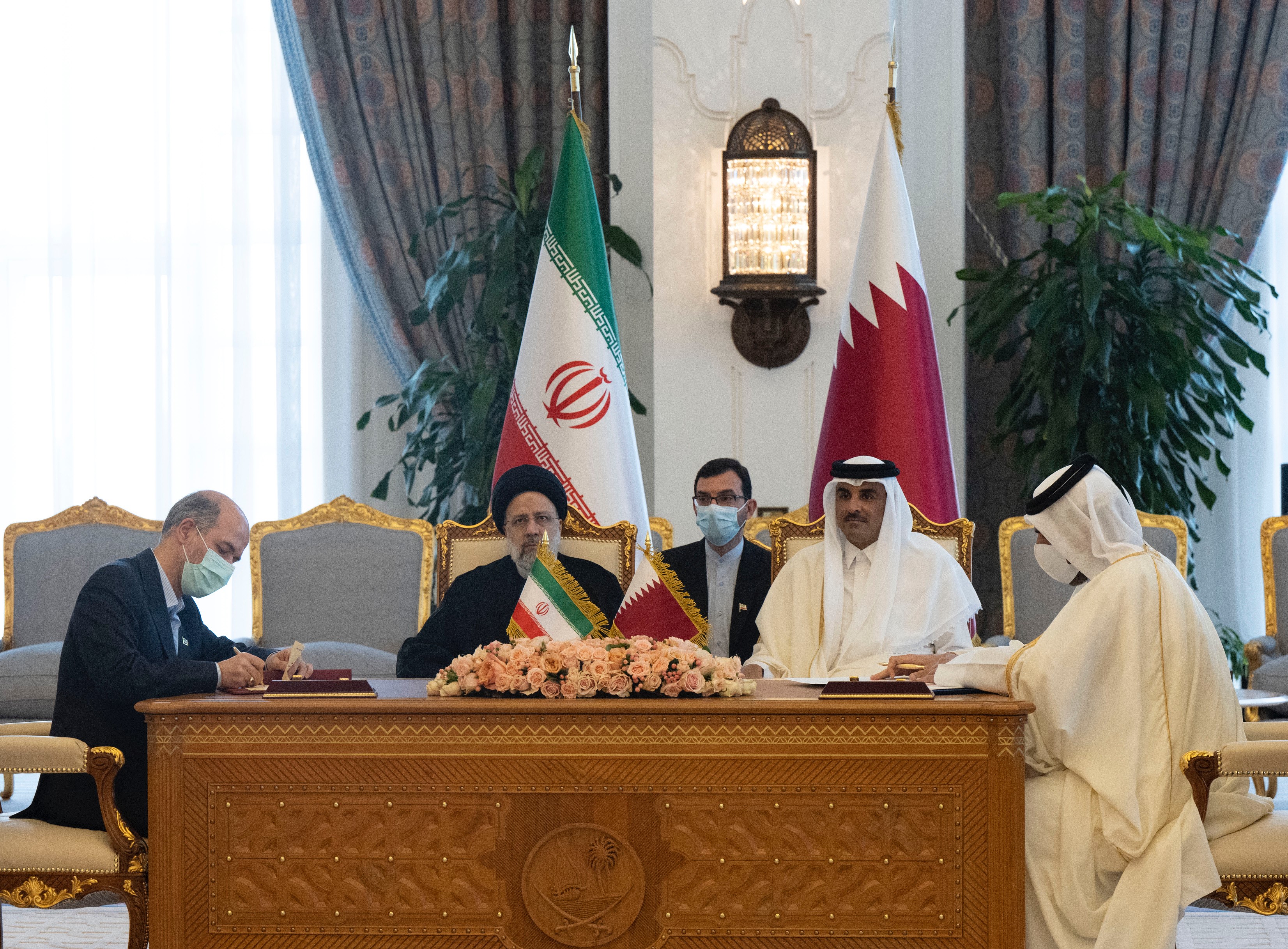 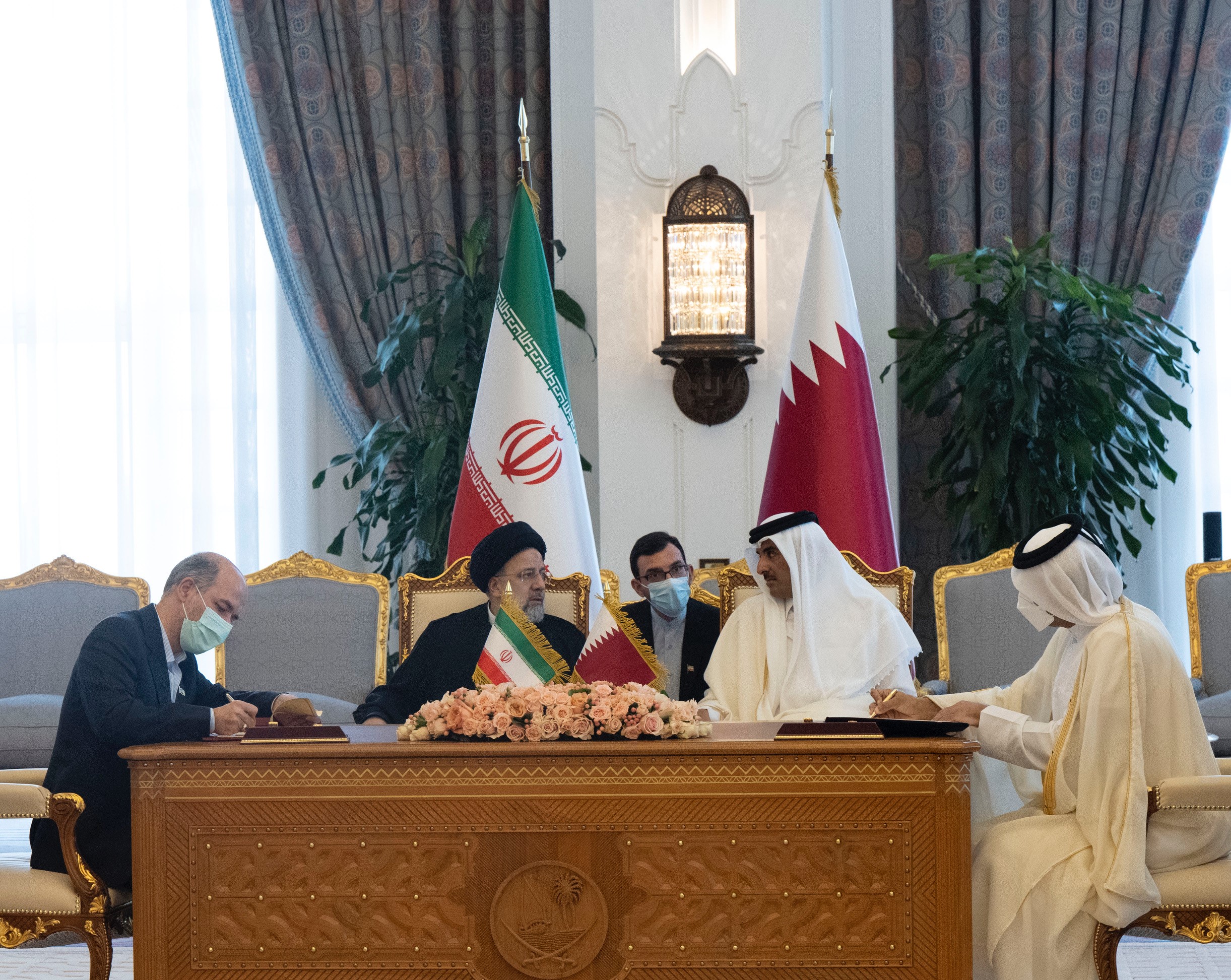 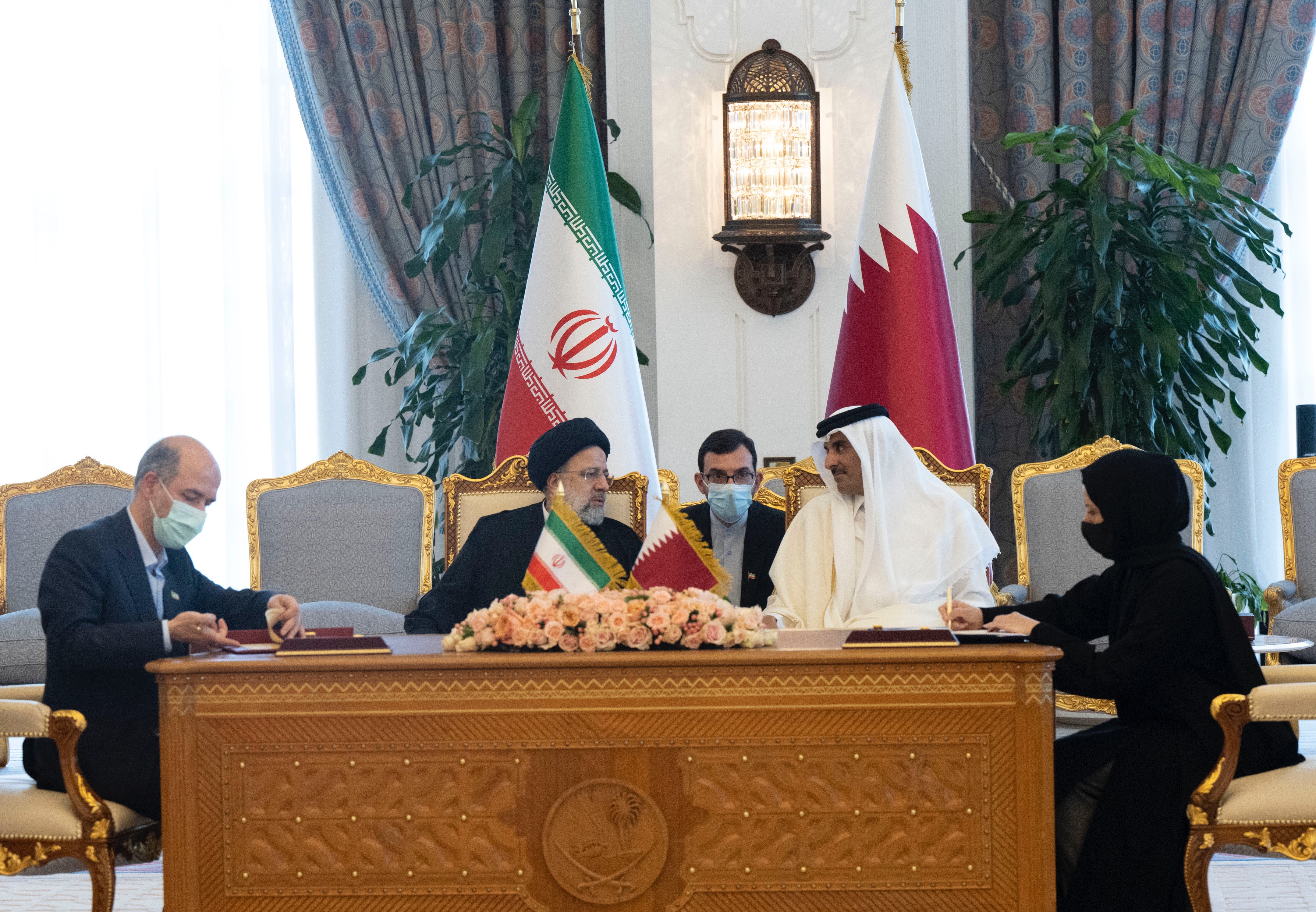 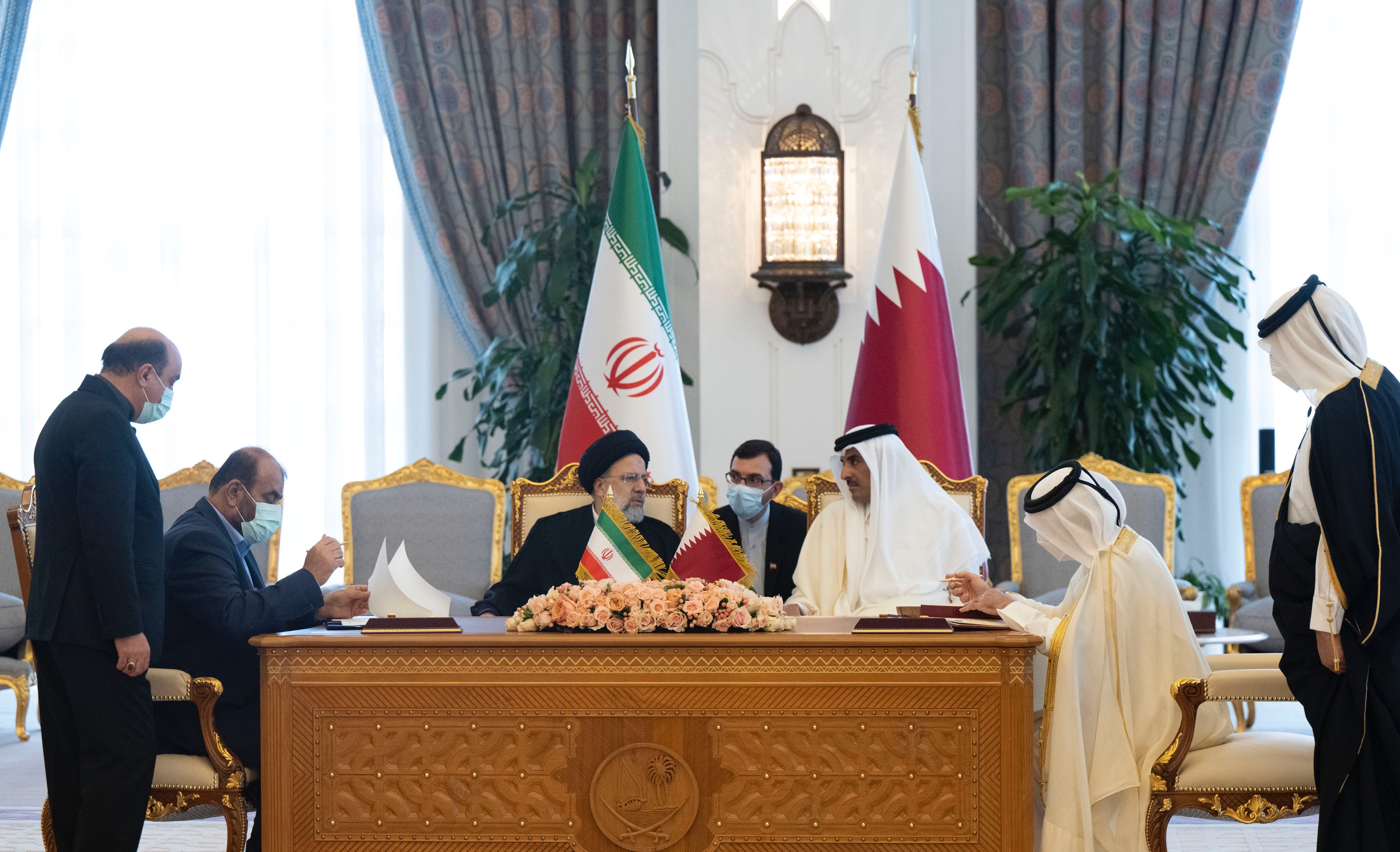 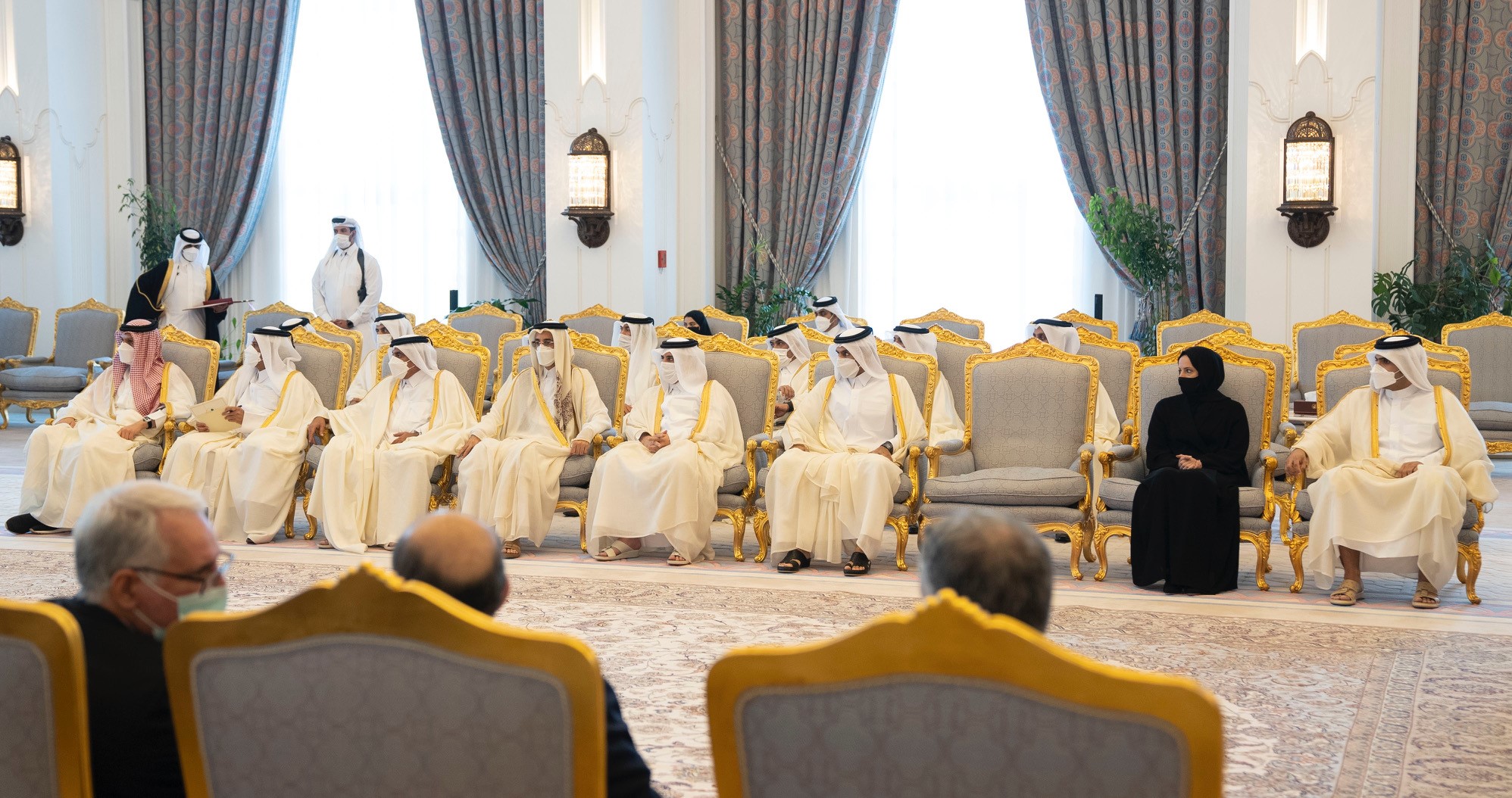 His Highness The Amir Sheikh Tamim bin Hamad Al Thani and HE President of the Islamic Republic of Iran Ebrahim Raisi witnessed on Monday at the Amiri Diwan the signing of a number of agreements and memoranda of understanding (MoUs) between the two countries.

They witnessed the signing of an MoU on conducting political consultations on issues of common interest between the foreign ministries of the two countries, an MoU for cooperation in the field of diplomatic training between the Diplomatic Institute and the Institute for Political and International Studies of the Ministry of Foreign Affairs of the two countries, an agreement on canceling visa requirements for holders of diplomatic and special passports between the two countries governments, and the second executive program for radio and television cooperation between Qatar Media Corporation and the National Iranian Radio and Television.

The first executive program of the cooperation agreement in the field of youth and sports for the years 2022-2023, an MoU between the Qatar Ports Management Company (Mwani Qatar) and the Iran Ports and Maritime Organization, a maritime transport agreement between the governments of the two countries, an MoU for joint bilateral cooperation in the land transport field, and an MoU between the Qatar General Electricity & Water Corporation (Kahramaa) and Iran's Power Generation, Distribution, and Transmission Company (Tavanir) was also signed.

The signing ceremony was attended by a number of Their Excellencies the Ministers.

On the Iranian side, it was attended by Their Excellencies members of the official delegation accompanying HE the President.