HH The Amir, Algerian President Witness Signing of an Agreement and Two Memoranda of Understanding 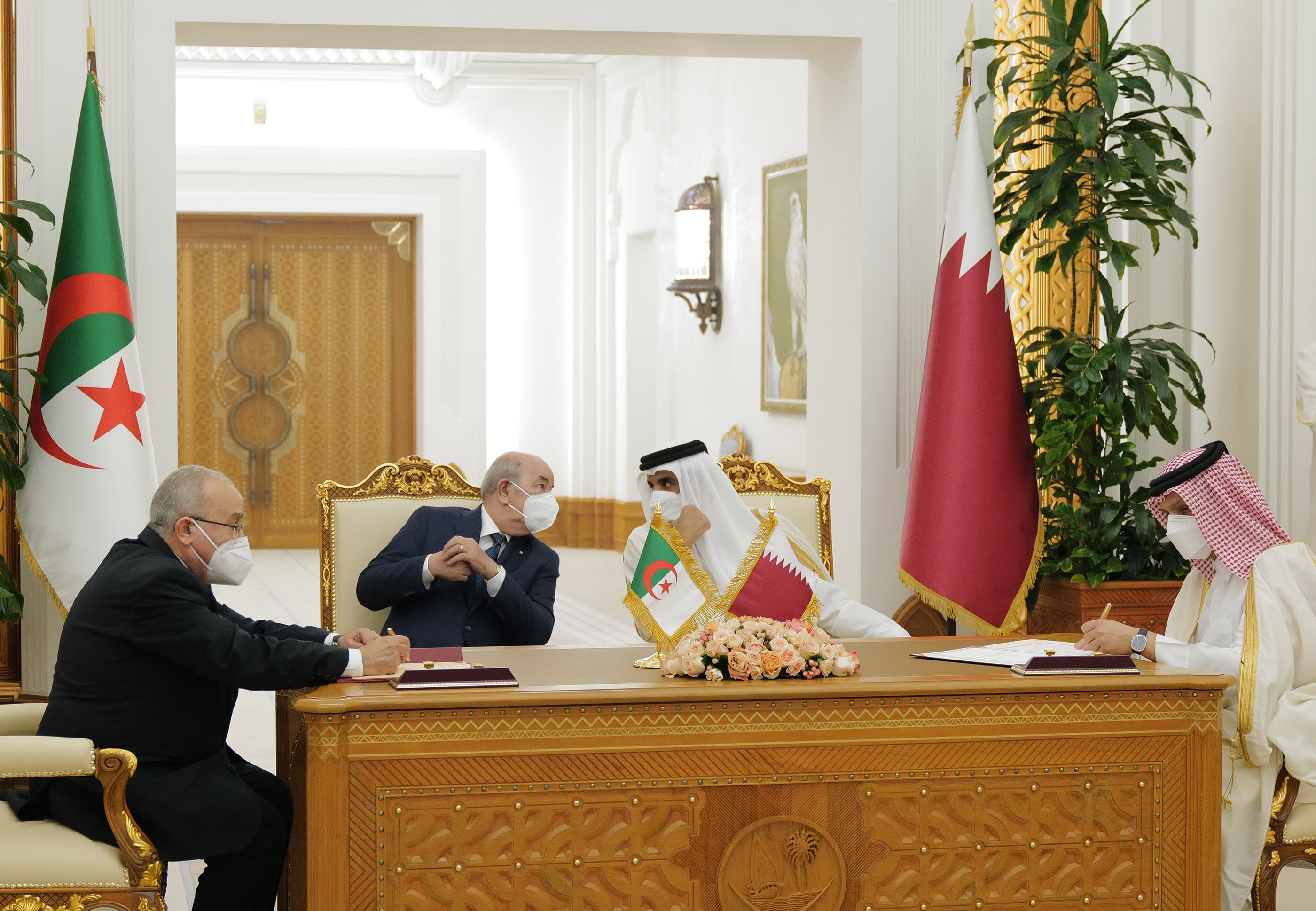 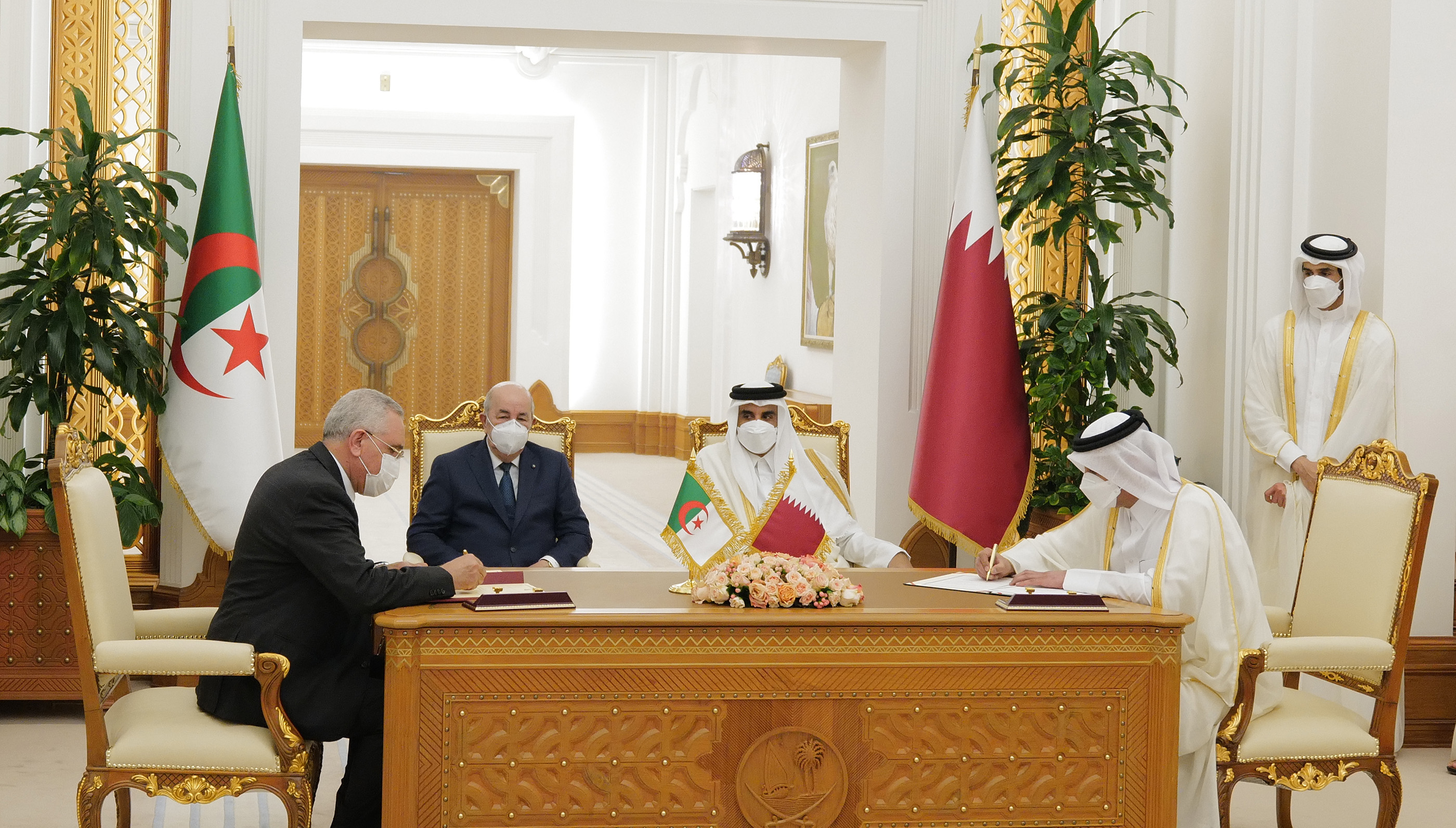 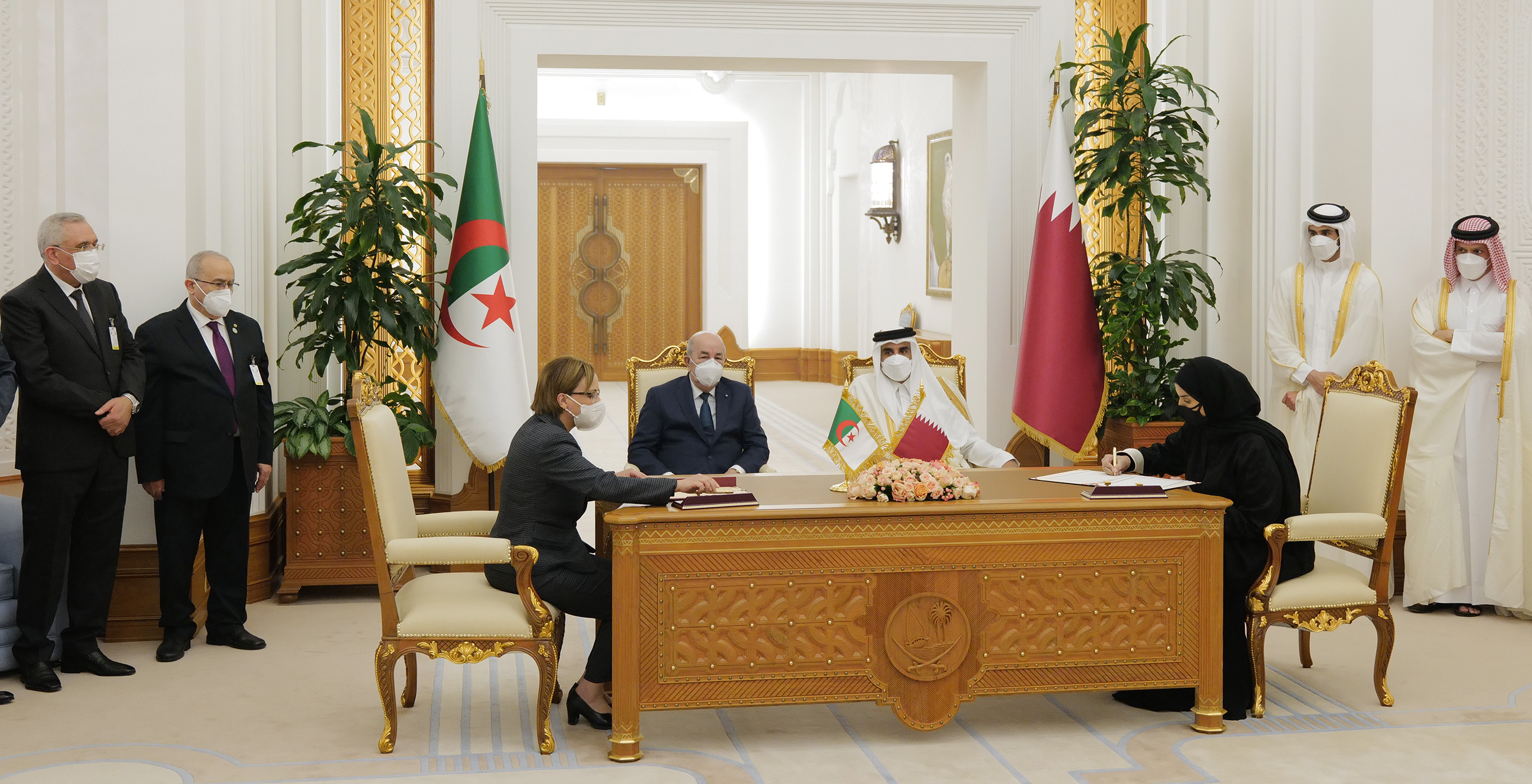 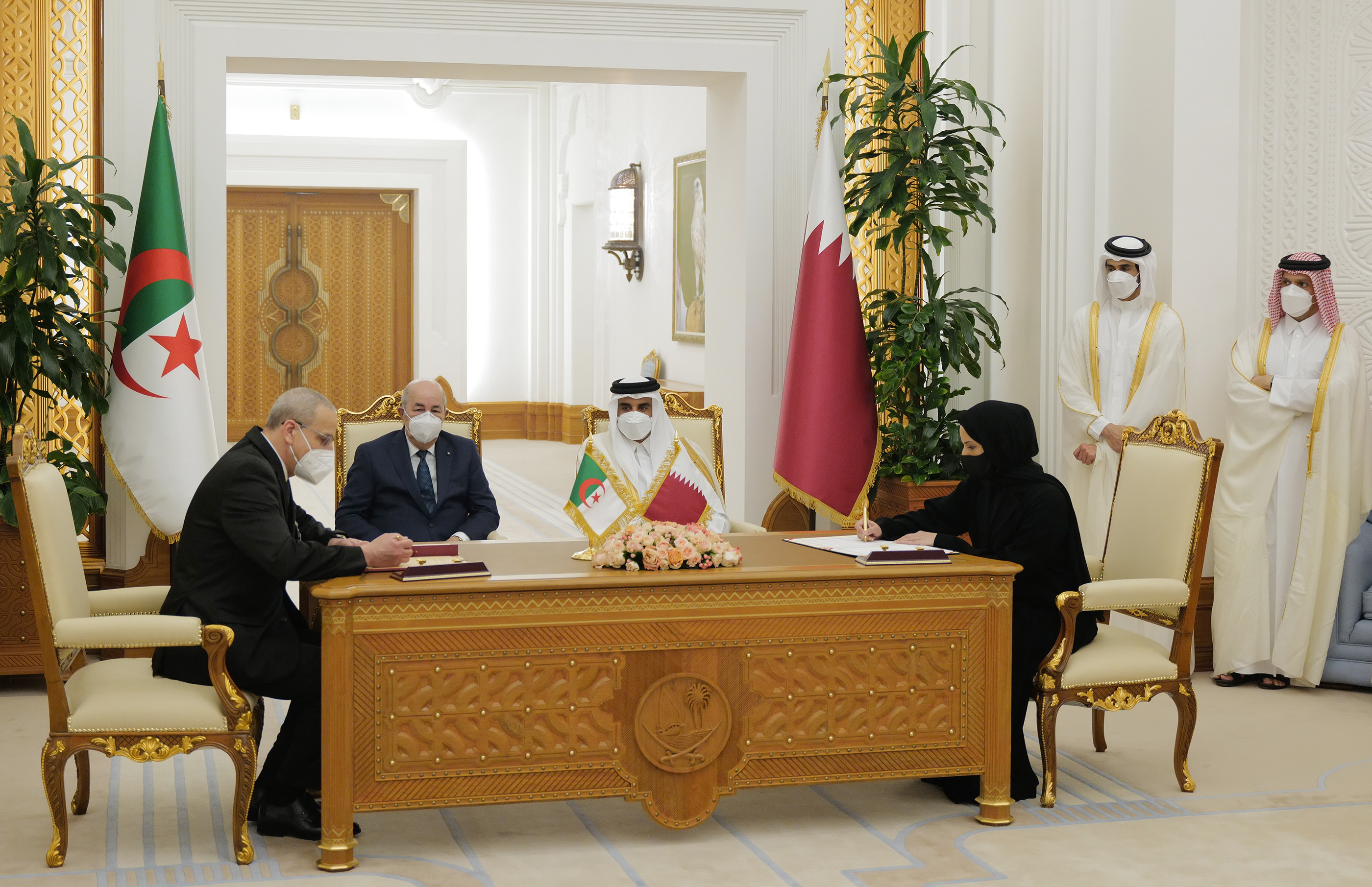 His Highness The Amir Sheikh Tamim bin Hamad Al Thani and HE President of the sisterly People's Democratic Republic of Algeria Abdelmadjid Tebboune, witnessed the signing of an agreement, two memoranda of understanding and an executive program between the two countries, on Sunday at the Amiri Diwan.

HH The Amir and HE the Algerian President also witnessed the signing of the second executive program in the field of higher education, scientific and technological research of the educational and scientific cooperation agreement between the two countries' governments for the academic years (2022-2025).

The signing ceremony was attended by HH Personal Representative of HH The Amir Sheikh Jassim bin Hamad Al Thani, and a number of Their Excellencies the Ministers.

The ceremony was also attended by Their Excellencies members of the official delegation accompanying HE the Algerian President.