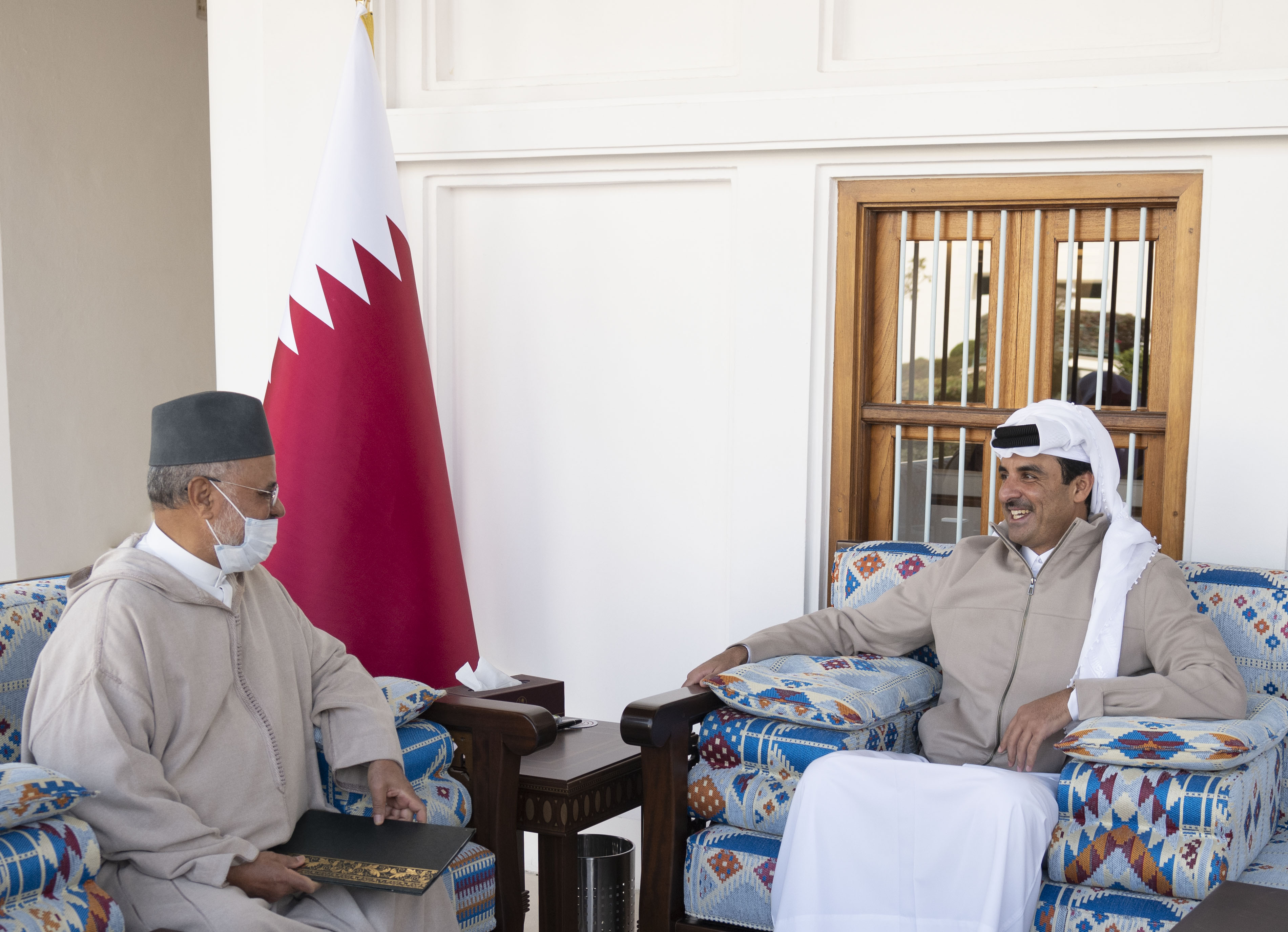 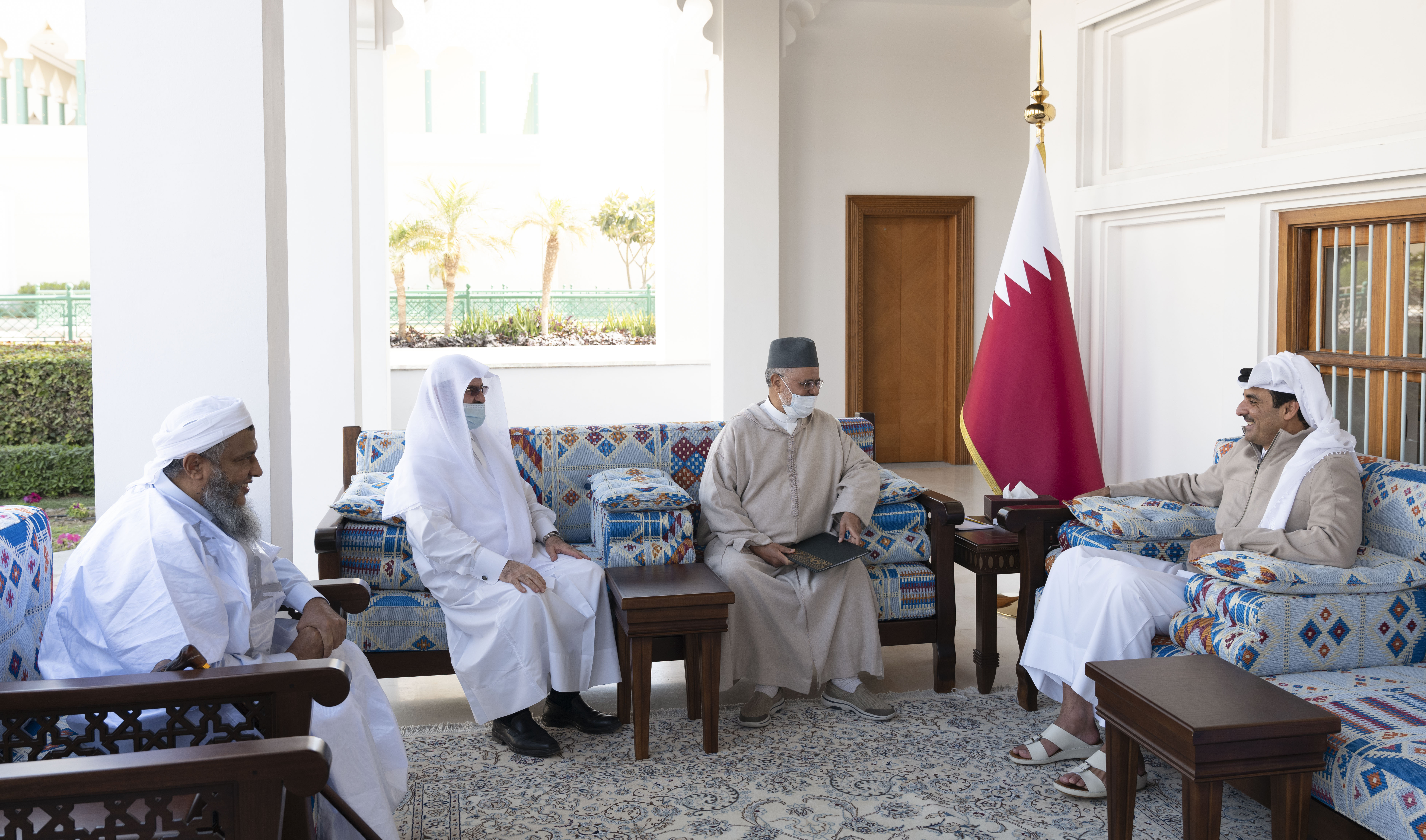 His Highness The Amir Sheikh Tamim bin Hamad Al Thani received on Sunday HE the President of the International Union of Muslim Scholars Dr. Ahmed Al Raissouni, and the accompanying delegation, at Sheikh Abdullah Bin Jassim Majlis at the Amiri Diwan.

During the meeting, areas of cooperation between the State of Qatar and the Union were reviewed and ways to support and develop them.