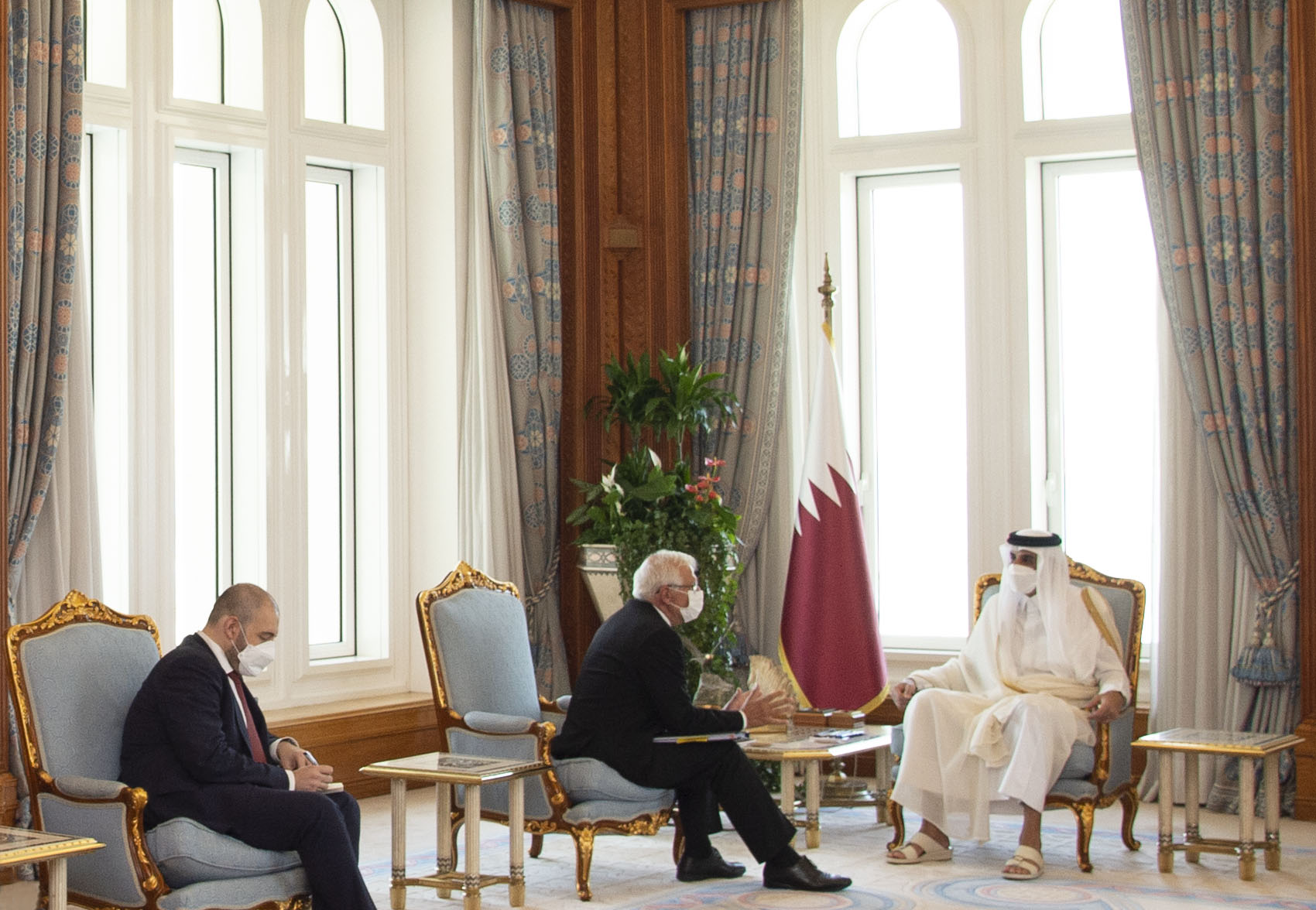 His Highness The Amir Sheikh Tamim bin Hamad Al Thani received this morning at the Amiri Diwan Office, HE High Representative of the European Union for Foreign Affairs and Security Policy and Vice President of the European Commission Josep Borrell and the accompanying delegation, who called on HH The Amir to greet him on the occasion of their visit to the country.

During the meeting, they discussed cooperation relations between the State of Qatar and the European Union and ways to enhance and develop them, in addition to the most prominent regional and international developments, especially the developments in Afghanistan.

In this regard, HE Josep Borrell expressed his thanks and appreciation to HH The Amir for the role of the State of Qatar and its effective contribution to the evacuation of European nationals and its efforts to support the peace process in Afghanistan.