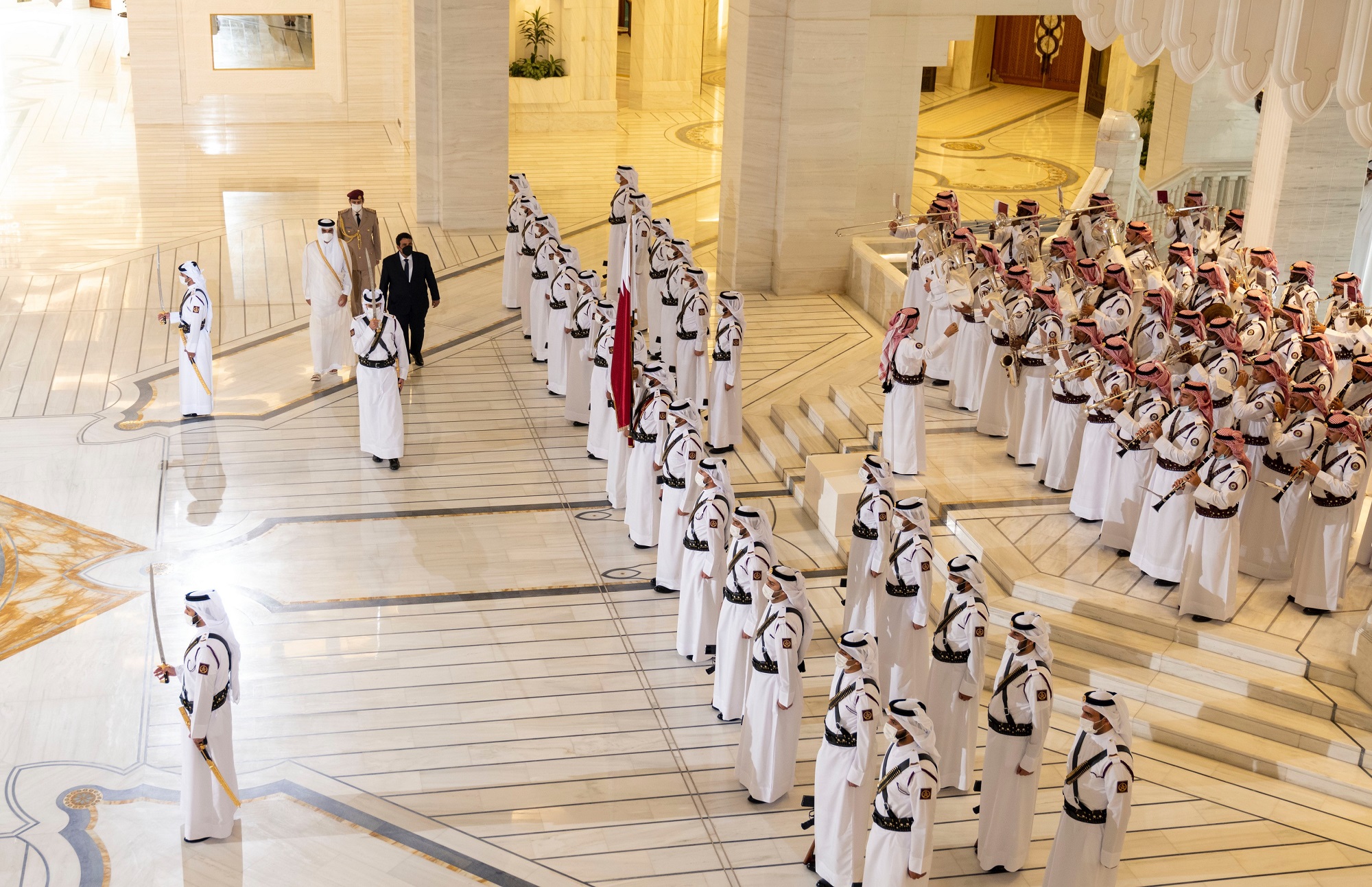 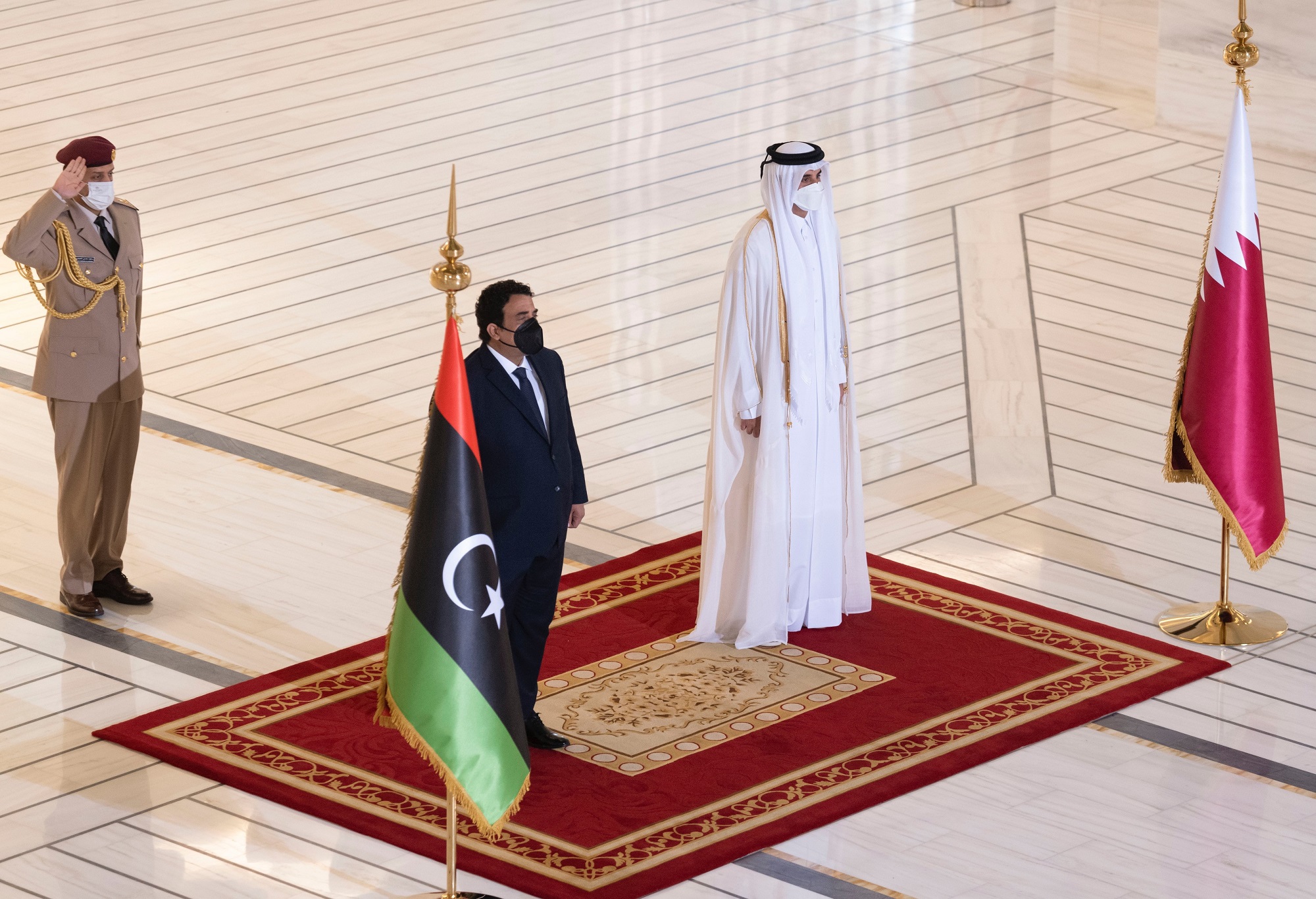 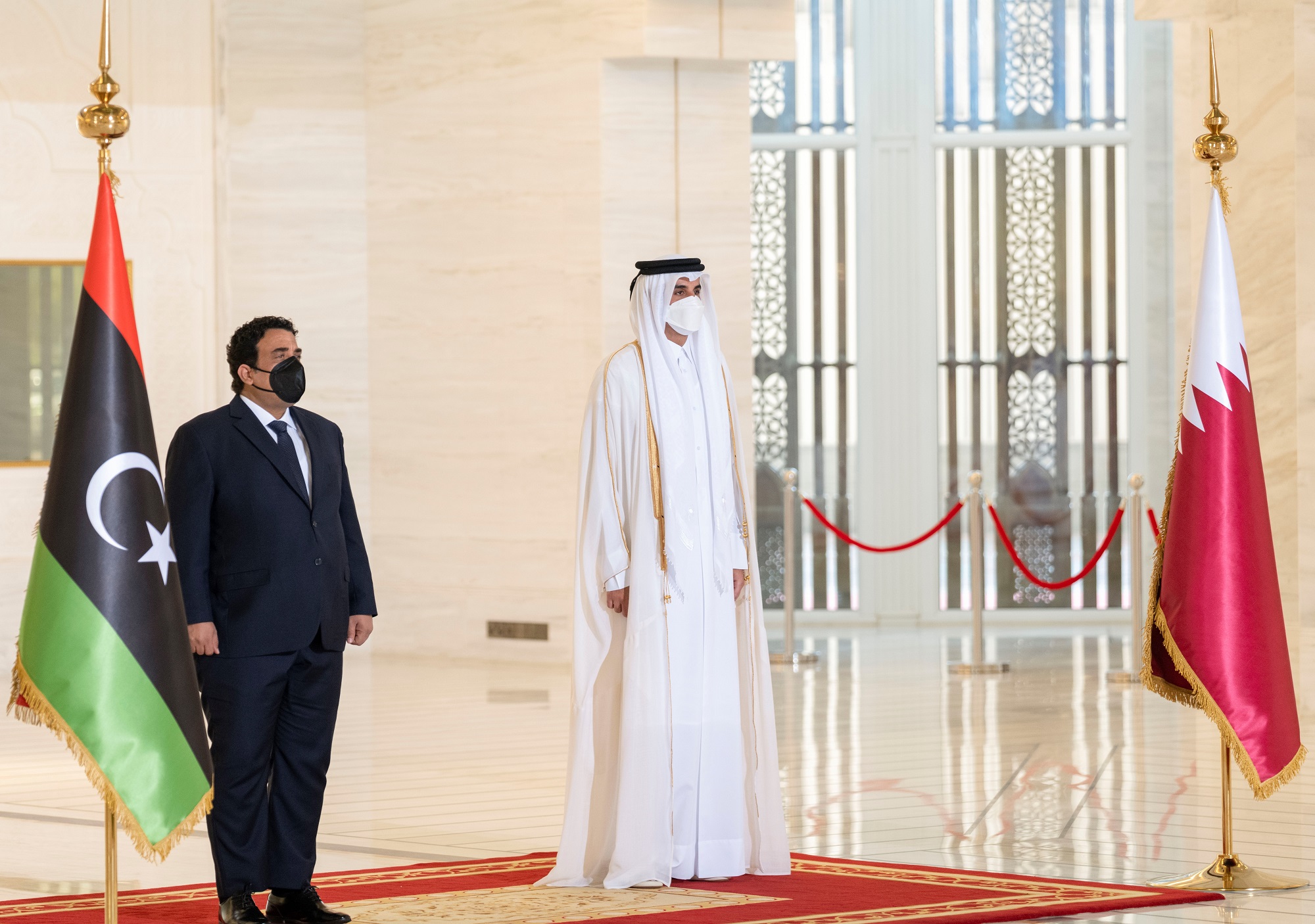 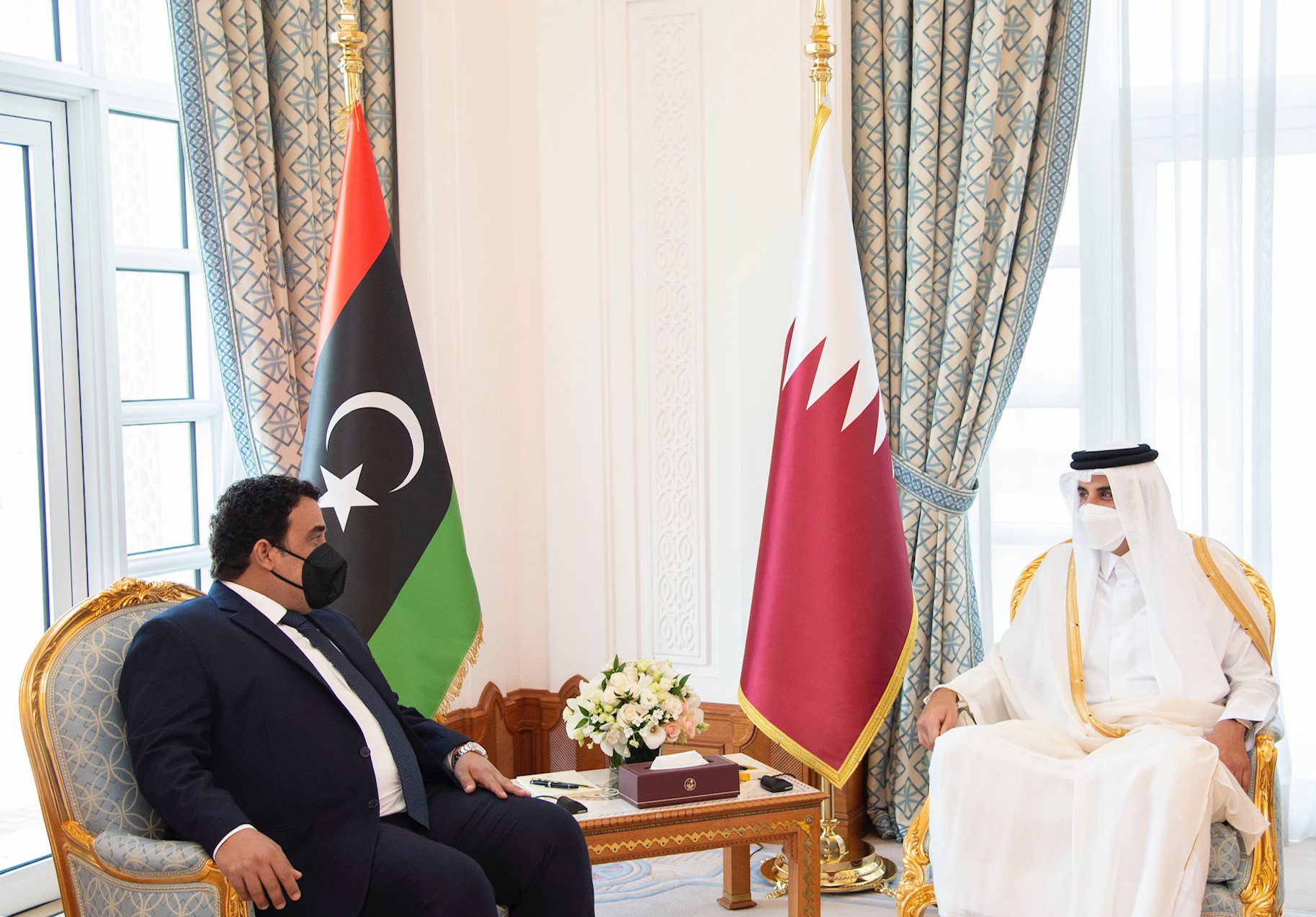 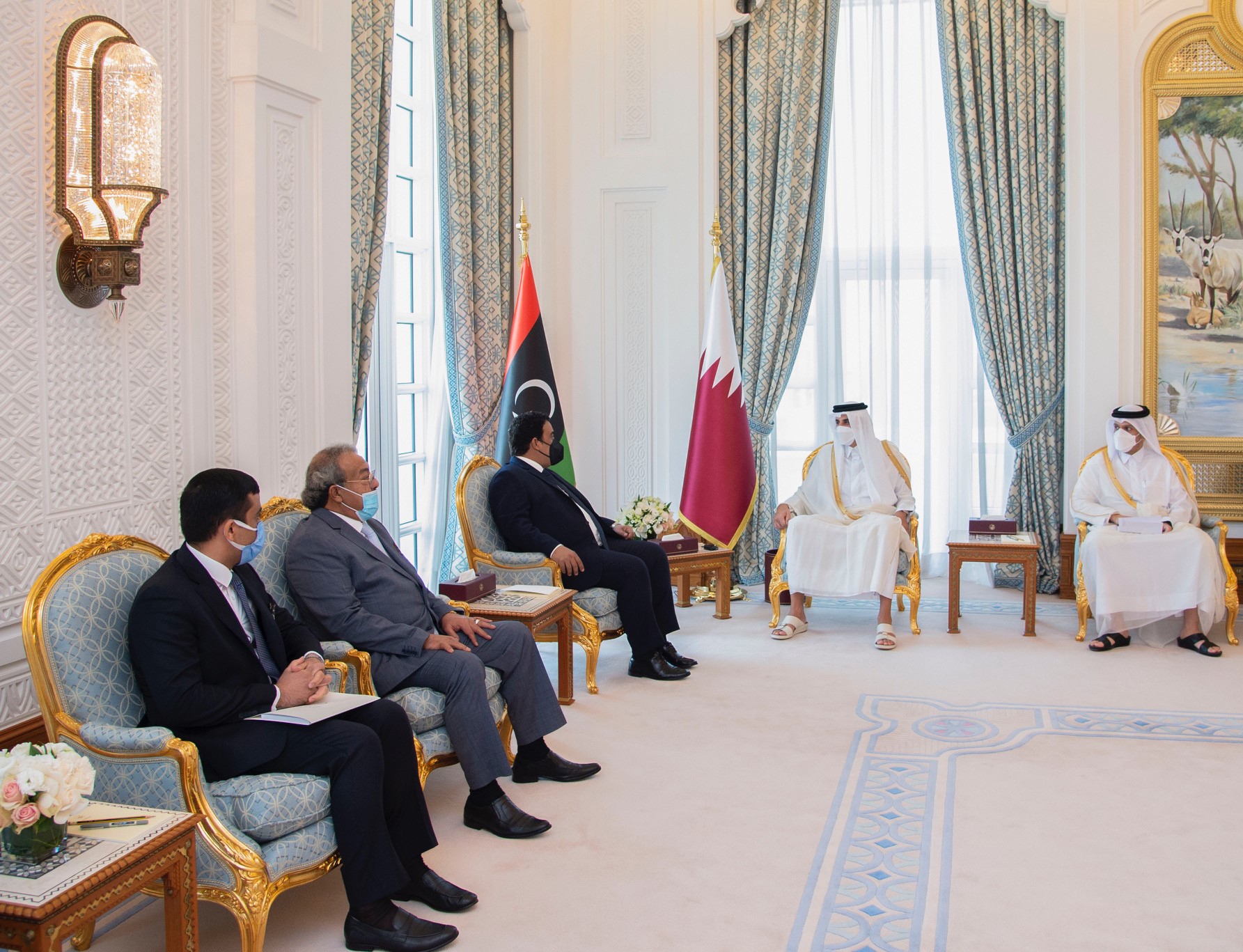 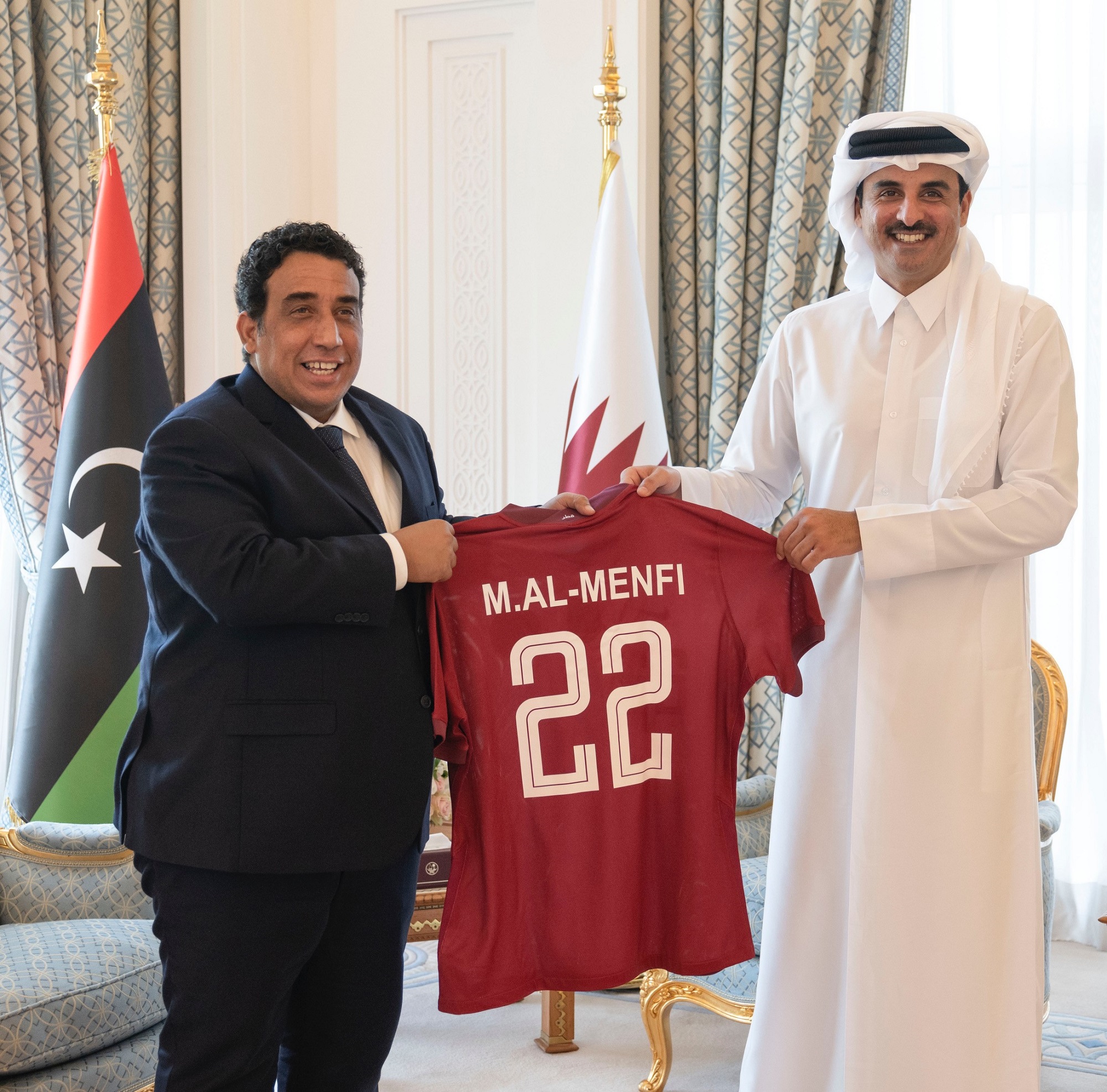 His Highness The Amir Sheikh Tamim bin Hamad Al Thani and HE Chairman of the Presidential Council of Libya Dr. Mohammed Al Menfi held an official talks session at the Amiri Diwan this morning.

During the session, they discussed bilateral relations between the two brotherly countries and ways of enhancing and developing them, in addition to exchanging views on a number of issues of common concern.

The situation in Libya was also discussed in the session, where HE Chairman of the Presidential Council expressed his thanks and appreciation to HH The Amir for the State of Qatar's continued support to the State of Libya and its people.

For his part, HH The Amir affirmed the State of Qatar's continuous support for what would lead to Libya's unity and stability.

HE Chairman of the Presidential Council of Libya arrived at the Amiri Diwan earlier, where an official reception ceremony was held for His Excellency.