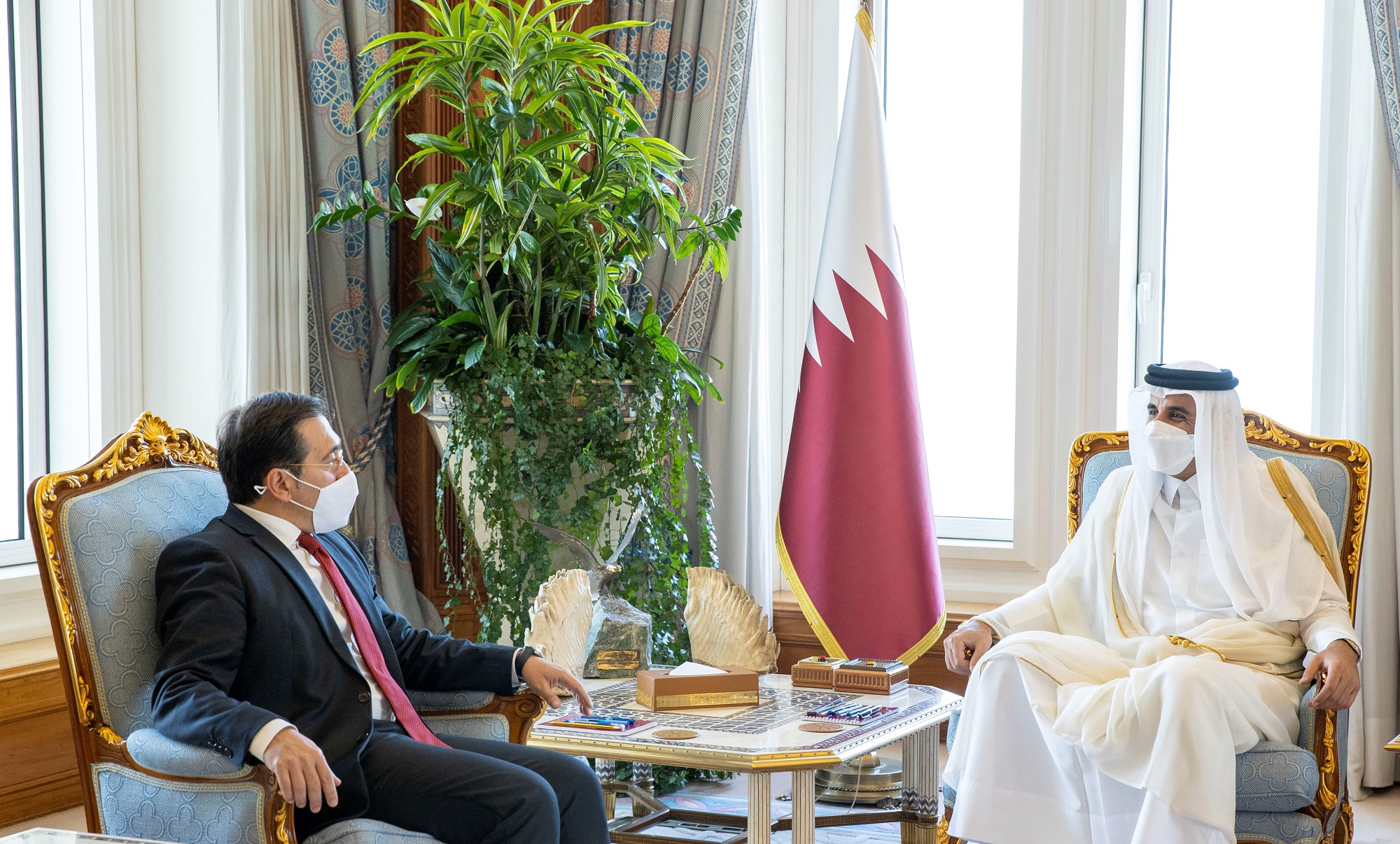 His Highness The Amir Sheikh Tamim bin Hamad Al Thani received this morning at his Amiri Diwan office, HE Minister of Foreign Affairs, European Union and Cooperation of the Kingdom of Spain, Jose Manuel Albares Bueno and his accompanying delegation, on the occasion of his visit to the country.

During the meeting, they reviewed friendship and cooperation relations between the two countries and prospects for enhancing them, in addition to discussing the regional and international developments especially the situation in Afghanistan. In this regard, HE the Minister conveyed the thanks and appreciation of HM King Felipe VI of Spain and HE Prime Minister Pedro Sanchez to HH The Amir for the State of Qatar's role and its effective contribution in evacuating Spanish citizens, and its efforts in supporting the peace process in Afghanistan.