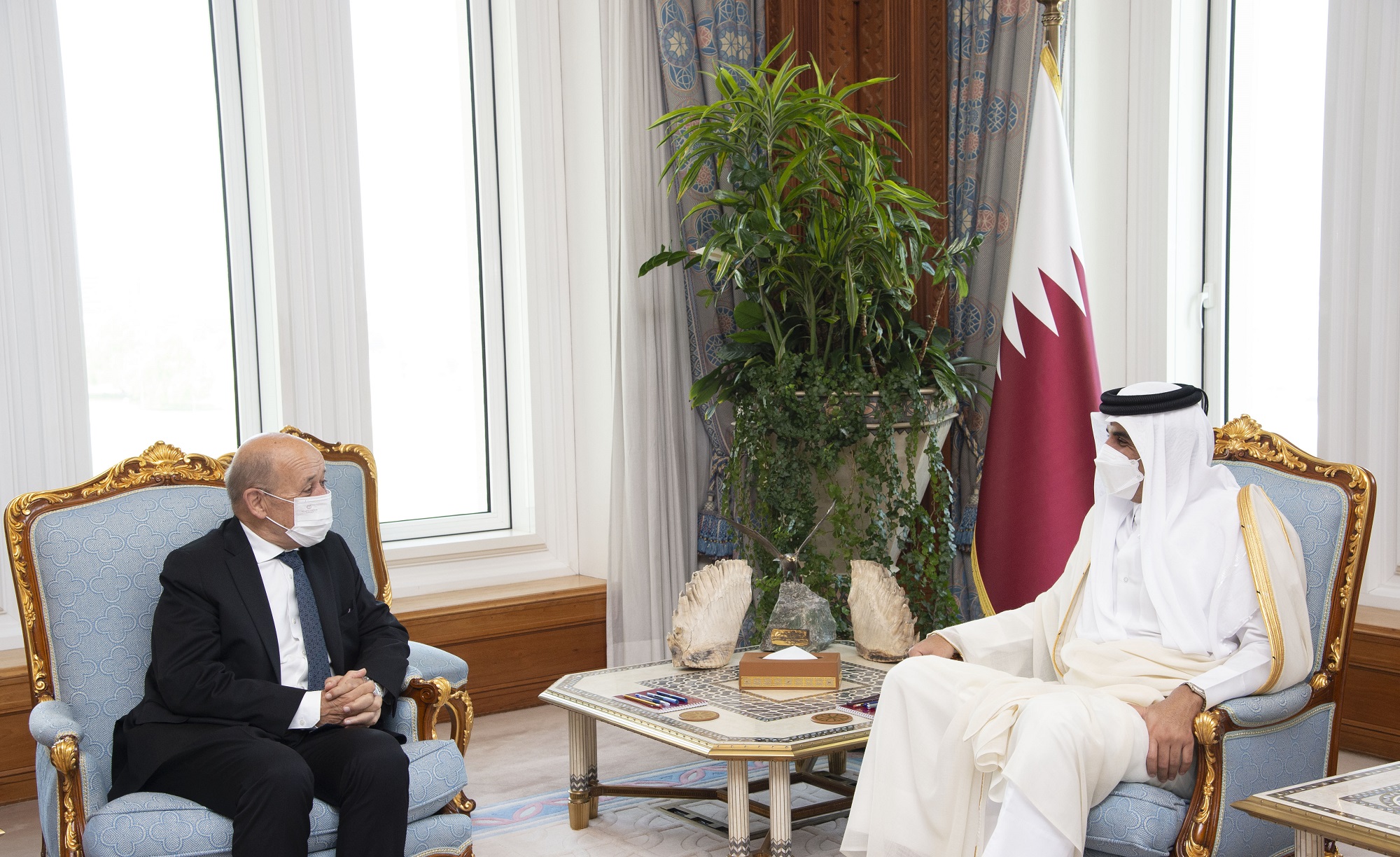 His Highness The Amir Sheikh Tamim bin Hamad Al Thani received this morning at his Amiri Diwan office HE Minister of Europe and Foreign Affairs of the French Republic Jean-Yves Le Drian and his accompanying delegation, on the occasion of his visit to the country.

During the meeting, they reviewed bilateral relations between the two friendly countries and prospects for their development, in addition to discussing regional and international developments, especially the developments in Afghanistan. In this regard, the French Foreign Minister expressed his thanks and appreciation to HH The Amir for the effective efforts of the State of Qatar in evacuating French citizens from Afghanistan and its role in supporting and strengthening the peace process in Afghanistan.