HH The Amir Receives Governor of Central Bank of Kuwait 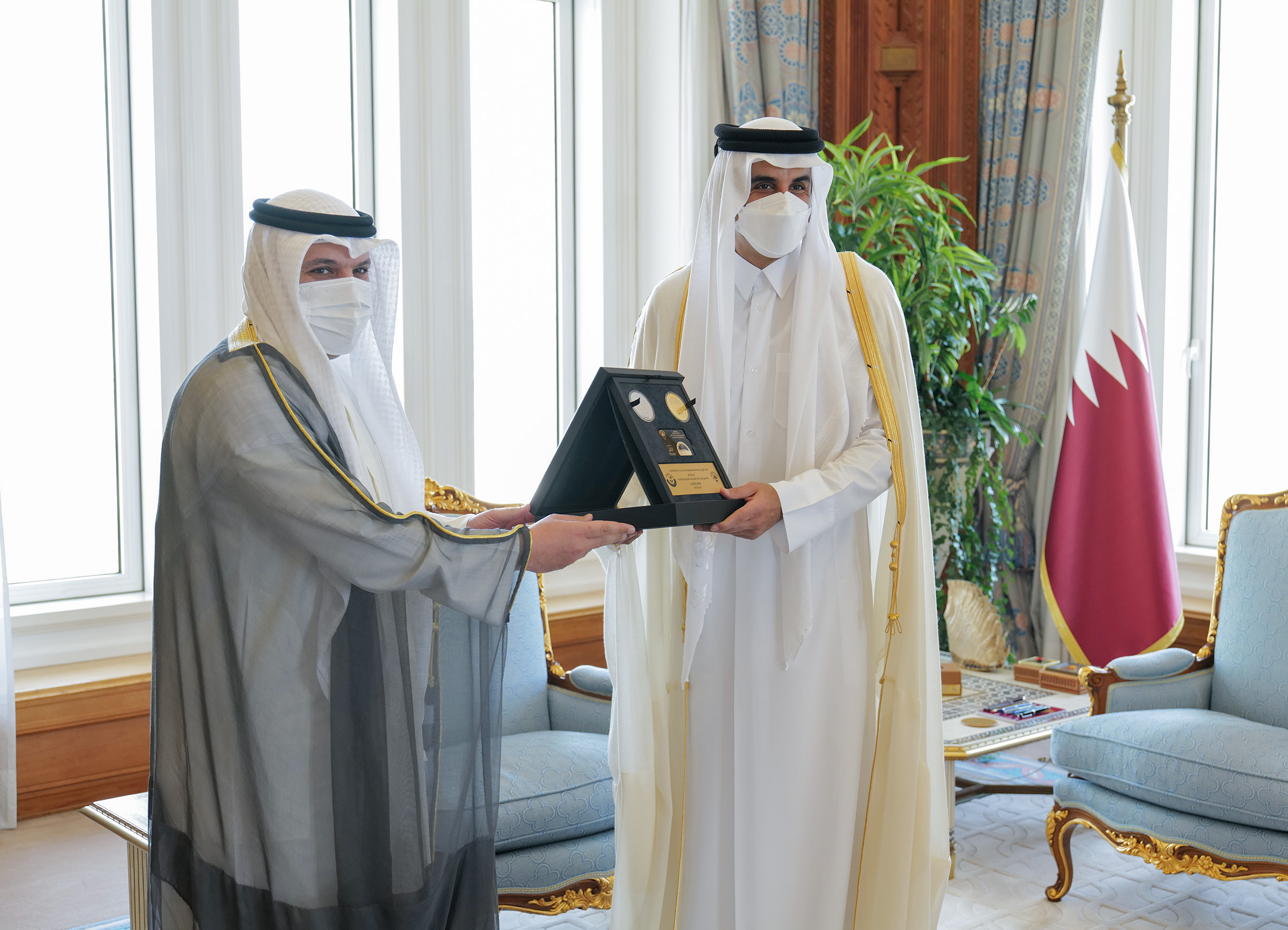 His Highness The Amir Sheikh Tamim bin Hamad Al Thani received on Sunday morning at the Amiri Diwan Office HE Governor of the Central Bank of Kuwait (CBK) Dr. Mohammad Yousef Al-Hashel and the accompanying delegation, on the occasion of their visit to the country.

At the outset of the meeting, HE the Governor of the Central Bank of Kuwait conveyed to HH The Amir the greetings of HH the Amir of the sisterly State of Kuwait Sheikh Nawaf Al Ahmad Al Jaber Al Sabah and his wishes of good health and happiness for His Highness.

HH The Amir entrusted CBK Governor with his greetings to HH the Amir of the State of Kuwait, wishing him health and wellness.

During the meeting, they reviewed fraternal relations between the two brotherly countries.