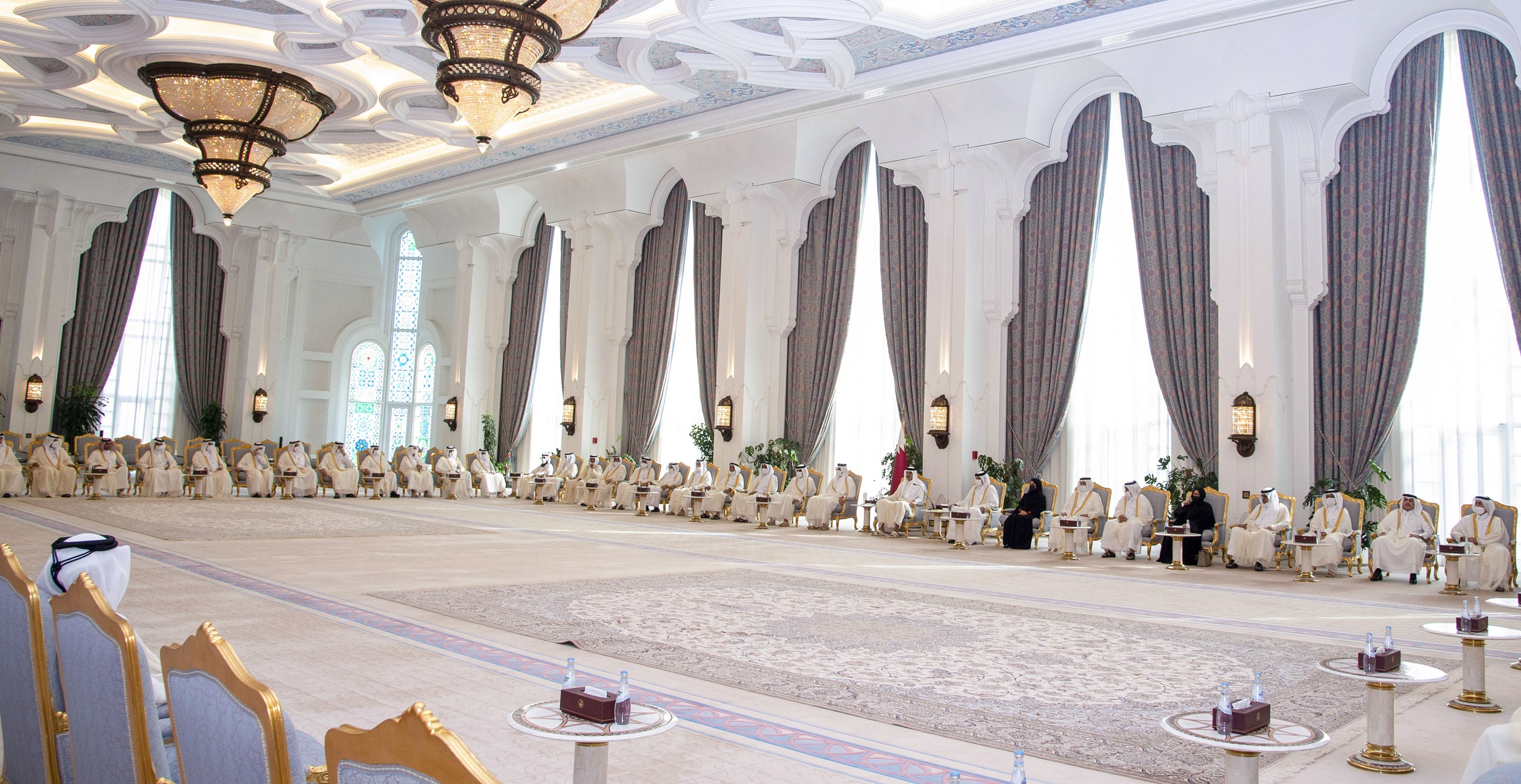 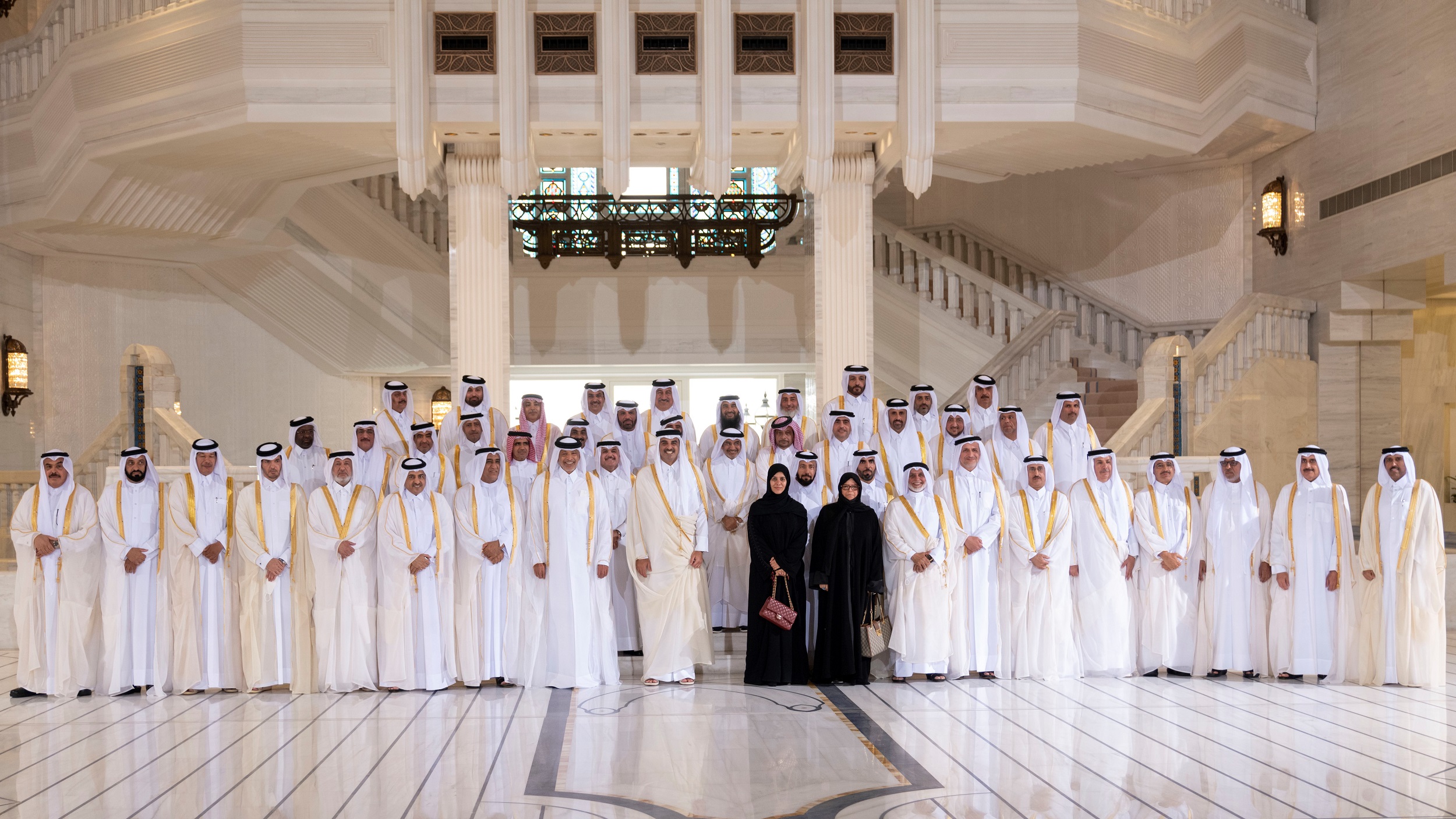 His Highness The Amir Sheikh Tamim bin Hamad Al Thani received at the Amiri Diwan office on Thursday morning Their Excellencies the Speaker and members of the Shura Council.

At the outset of the meeting, HH The Amir welcomed the Shura Council's Speaker and members, wishing them success in serving the country and citizens, and contributing to advancing the country's development process and comprehensive renaissance.

For their part, the Speaker and members of the Shura Council expressed thanks and appreciation to HH The Amir, stressing their keenness on the interest of the country and on performing the tasks entrusted to them faithfully and sincerely in order to achieve the hopes and aspirations of the Qatari people.

It was also attended by HE Prime Minister and Minister of Interior Sheikh Khalid bin Khalifa bin Abdulaziz Al Thani.