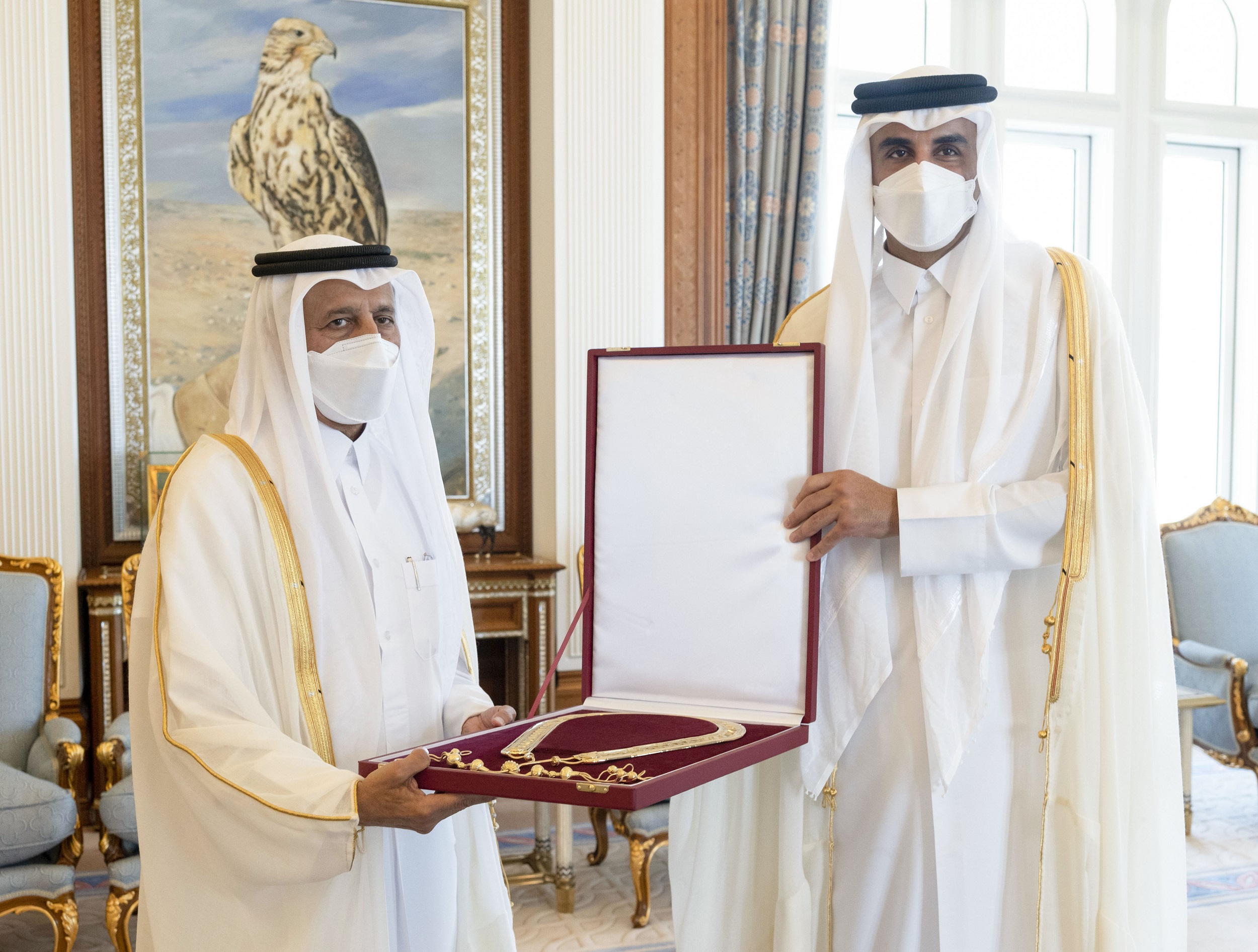 His Highness The Amir Sheikh Tamim bin Hamad Al Thani awarded the Hamad Bin Khalifa Sash to HE former Speaker of the Shura Council Ahmad bin Abdullah bin Zaid Al Mahmoud in recognition of his efforts in serving the country during his tenure.

HE was awarded the Sash when HH The Amir received him at the Amiri Diwan office this morning.

For his part, HE Ahmad bin Abdullah bin Zaid Al Mahmoud expressed his thanks and gratitude to HH The Amir for this honor.