HH The Amir Receives Members of US Congress 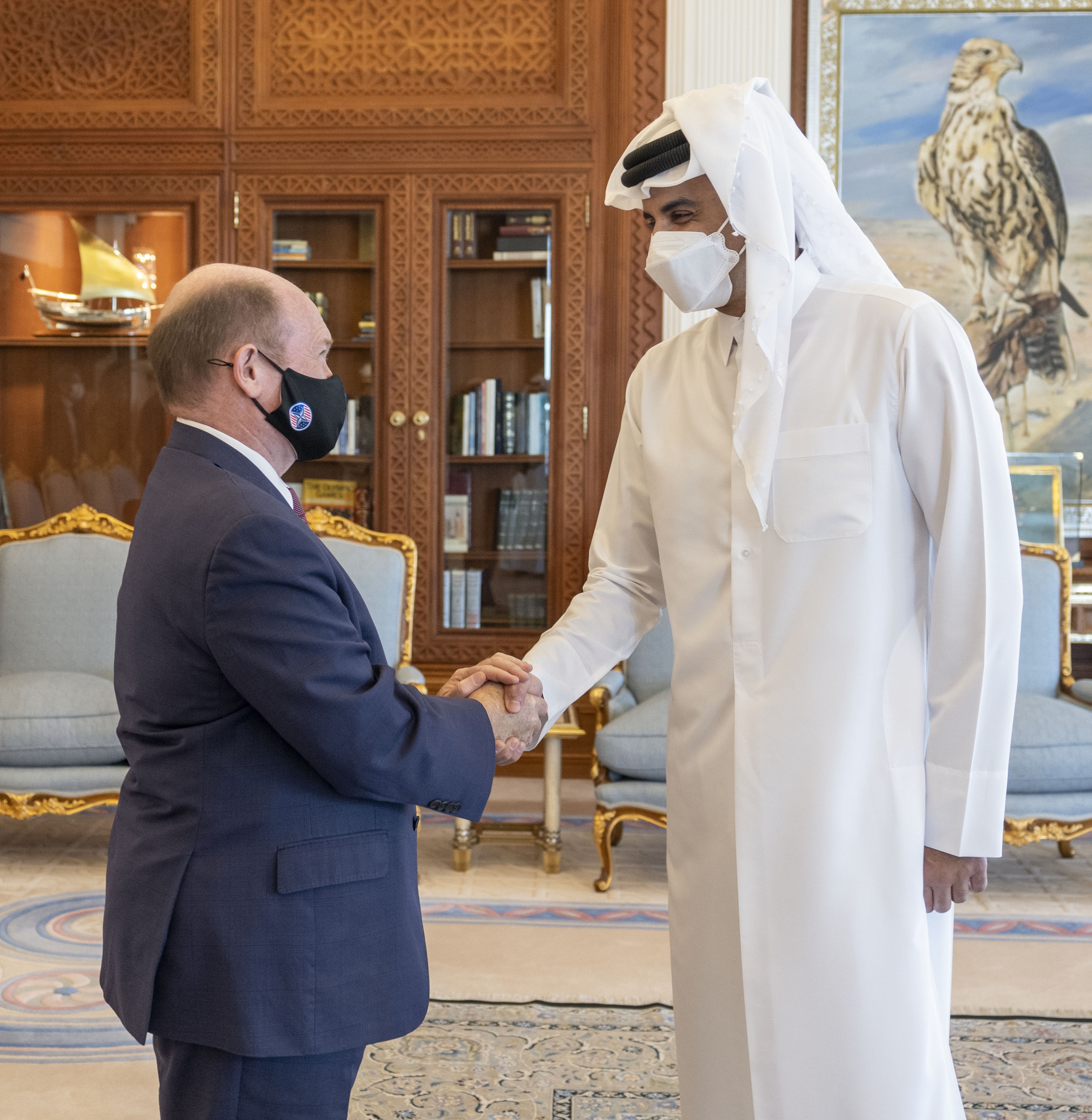 His Highness The Amir Sheikh Tamim bin Hamad Al Thani received in his office at the Amiri Diwan this morning a number of Their Excellencies members of Congress from the friendly United States of America, on the occasion of their visit to the country.

During the meeting, they reviewed the friendship and strategic cooperation relations between the two countries in various fields, in addition to exchanging opinions and views on the most prominent regional and international developments.