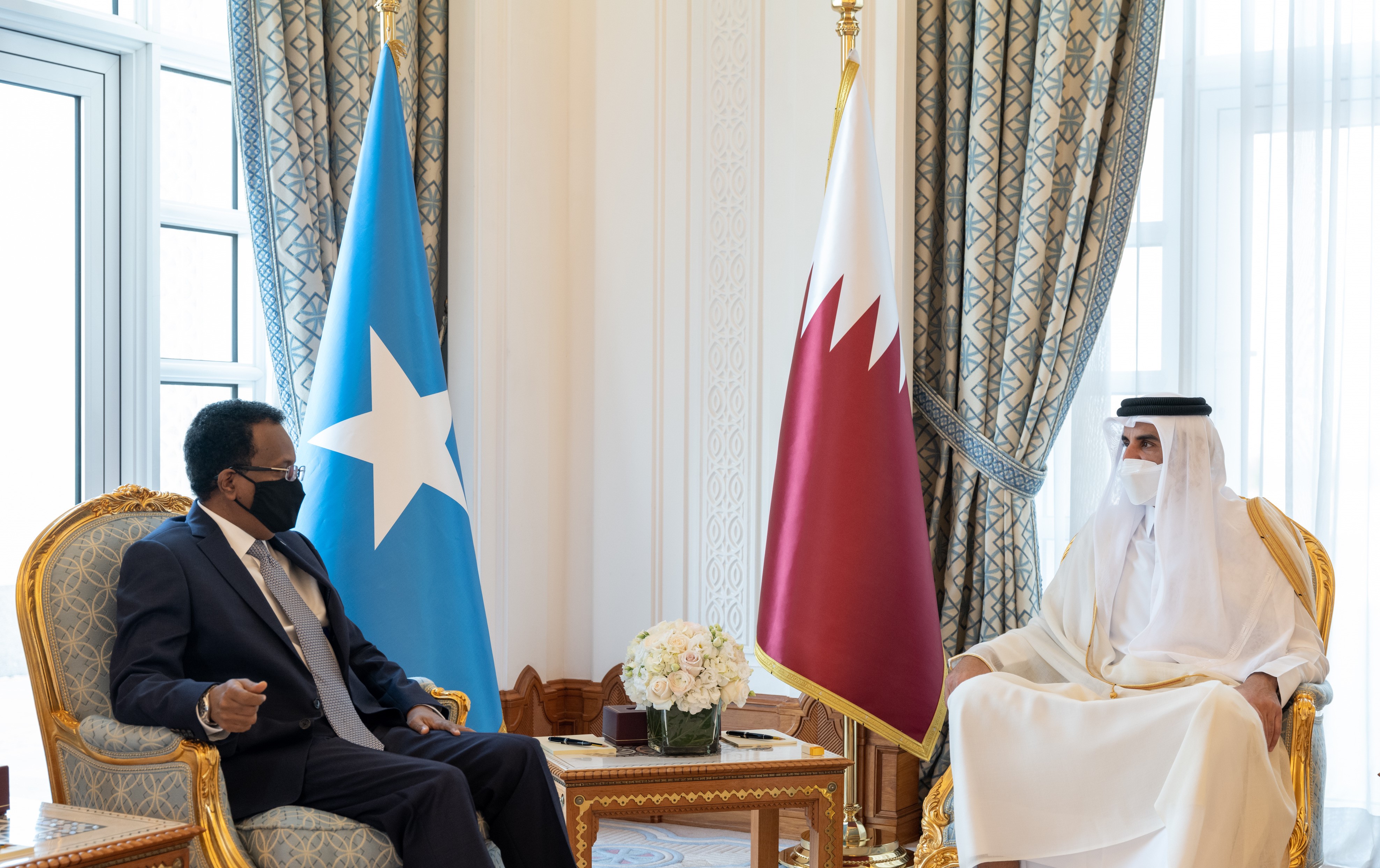 His Highness The Amir Sheikh Tamim bin Hamad Al Thani received at the Amiri Diwan on Tuesday morning HE President of the Federal Republic of Somalia Mohamed Abdullahi Farmajo.

During the meeting, they reviewed bilateral relations between the two countries and ways of development and enhancement of cooperation in various fields, especially the access to benefit from the Somali labour in the FIFA World Cup Qatar 2022.

HH The Amir and HE the Somali President also discussed the latest developments in Somalia, while HE the Somali President expressed his thanks and appreciation to HH The Amir for the efforts of the State of Qatar and its permanent support for the Somali people, especially in combating drought and its effects, and to the various development projects in Somalia, in addition to discussing a number of issues of common interest.

On the Somali side, it was attended by members of the official delegation accompanying HE the President.