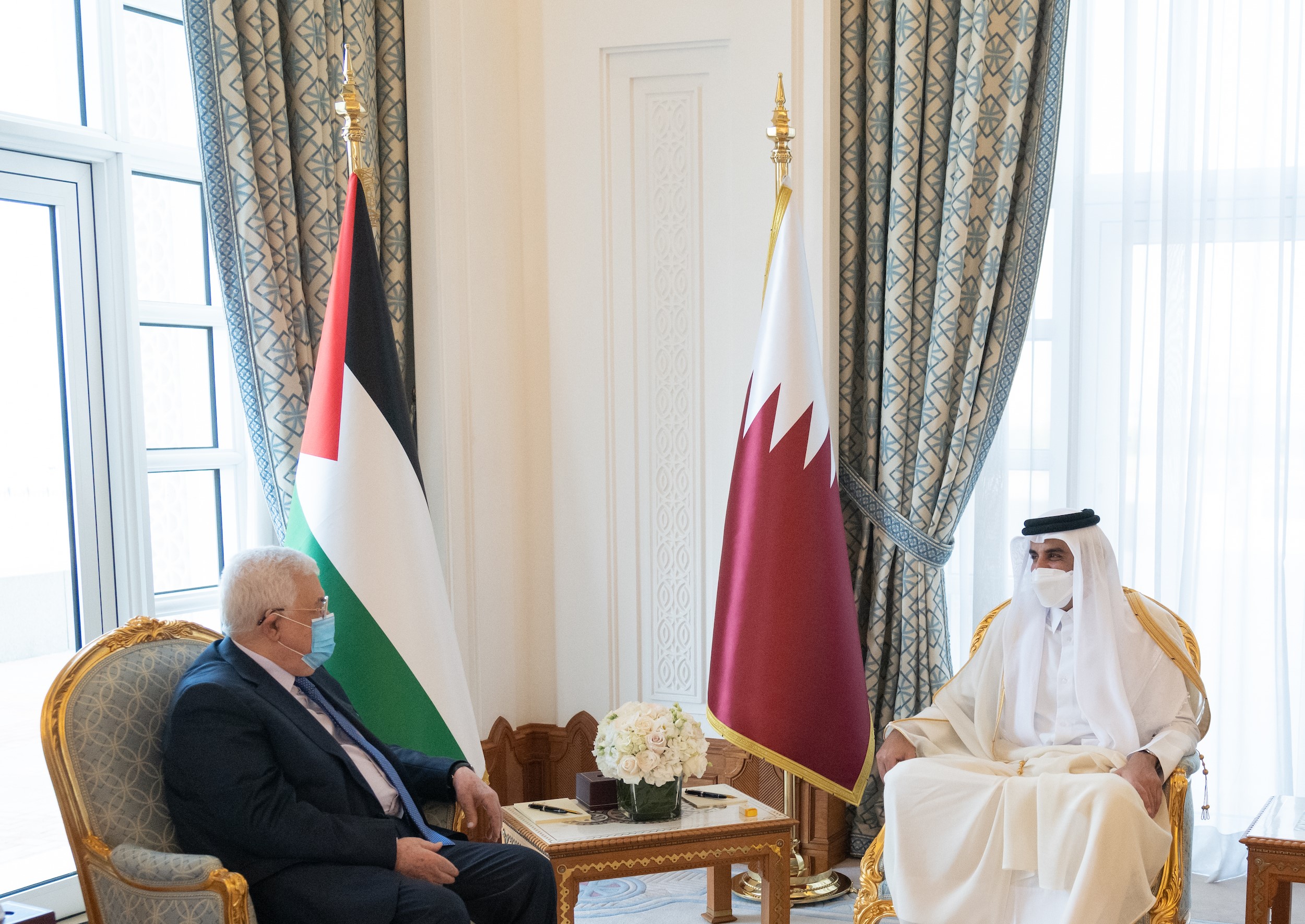 During the meeting, the most prominent developments in the situation in Palestine were discussed, where HE the President of Palestine briefed HH The Amir on the latest political developments related to the Palestinian cause, expressing his thanks and appreciation to His Highness for the State of Qatar's permanent support for the Palestinian people.

Both sides also discussed bilateral relations between the two countries in various fields, in addition to a number of issues of common interest.

On the Palestinian side, it was attended by members of the official delegation accompanying HE the President.