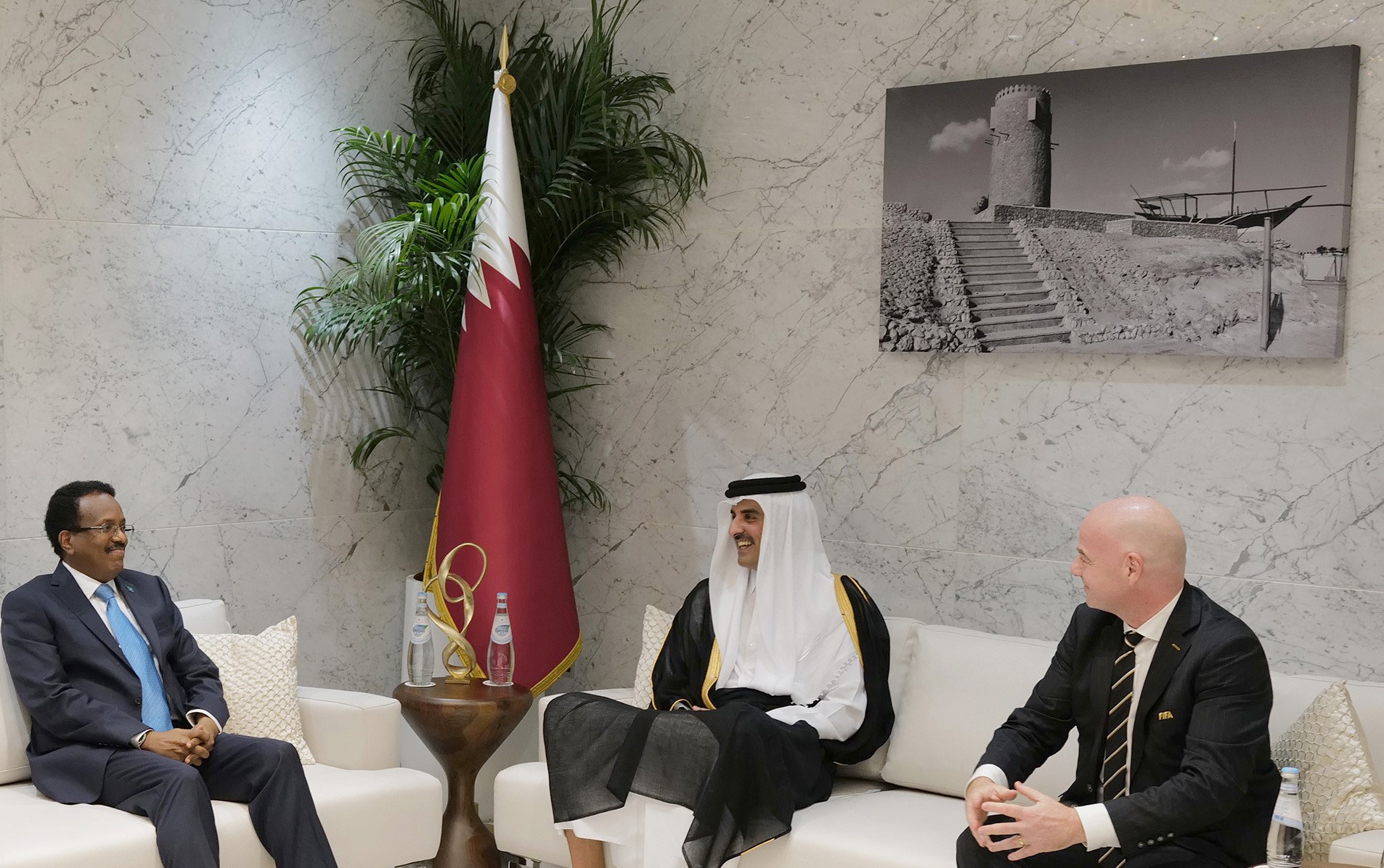 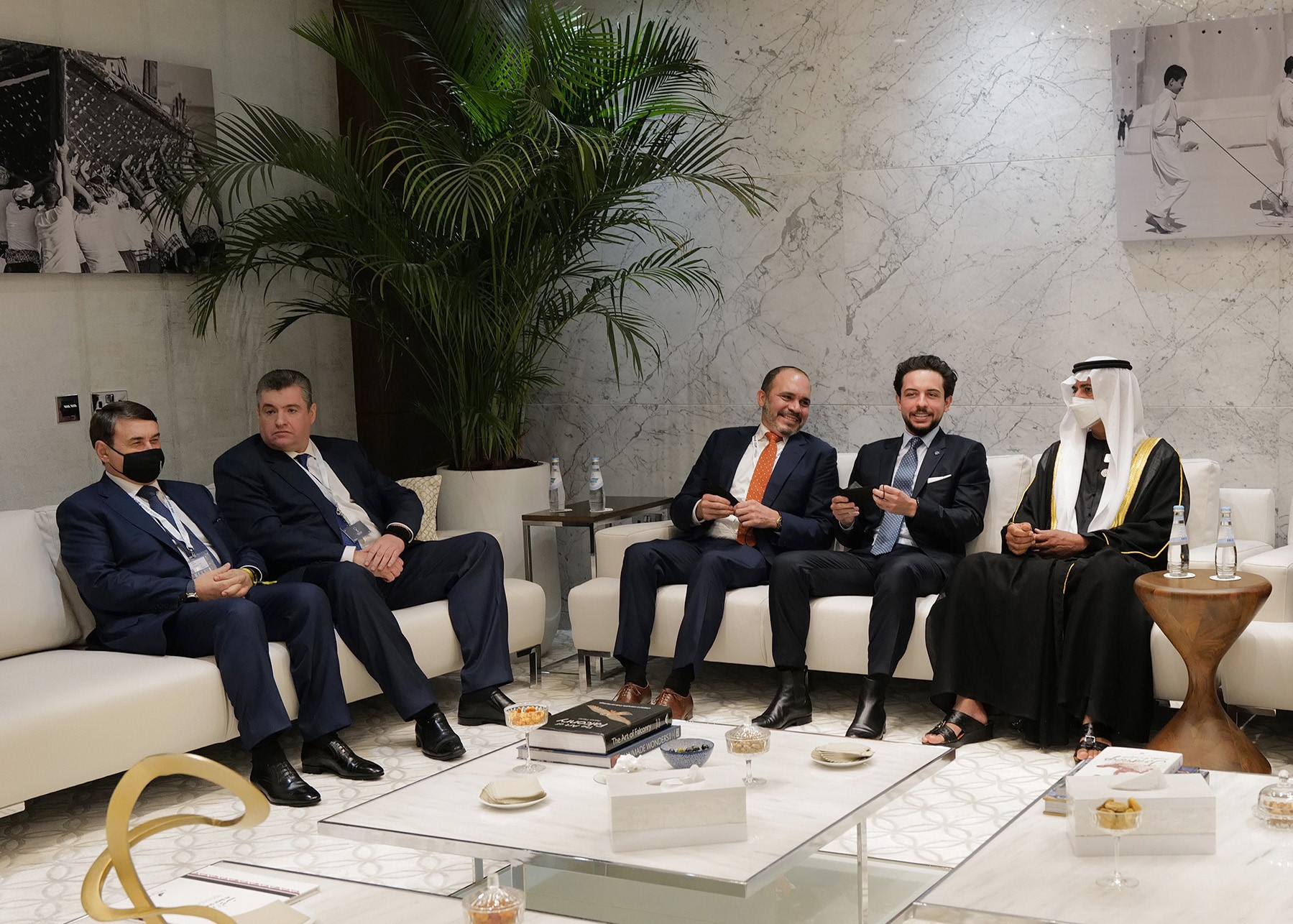 His Highness The Amir Sheikh Tamim bin Hamad Al Thani received a number of Their Excellencies and Highnesses, Heads of State and heads of delegations of Arab countries participating in the opening ceremony of the FIFA Arab Cup Qatar 2021 at Al Bayt Stadium this evening.

At the beginning of the meeting, HH The Amir welcomed them, and reviewed a number of issues related to joint Arab work and ways to enhance and develop it.