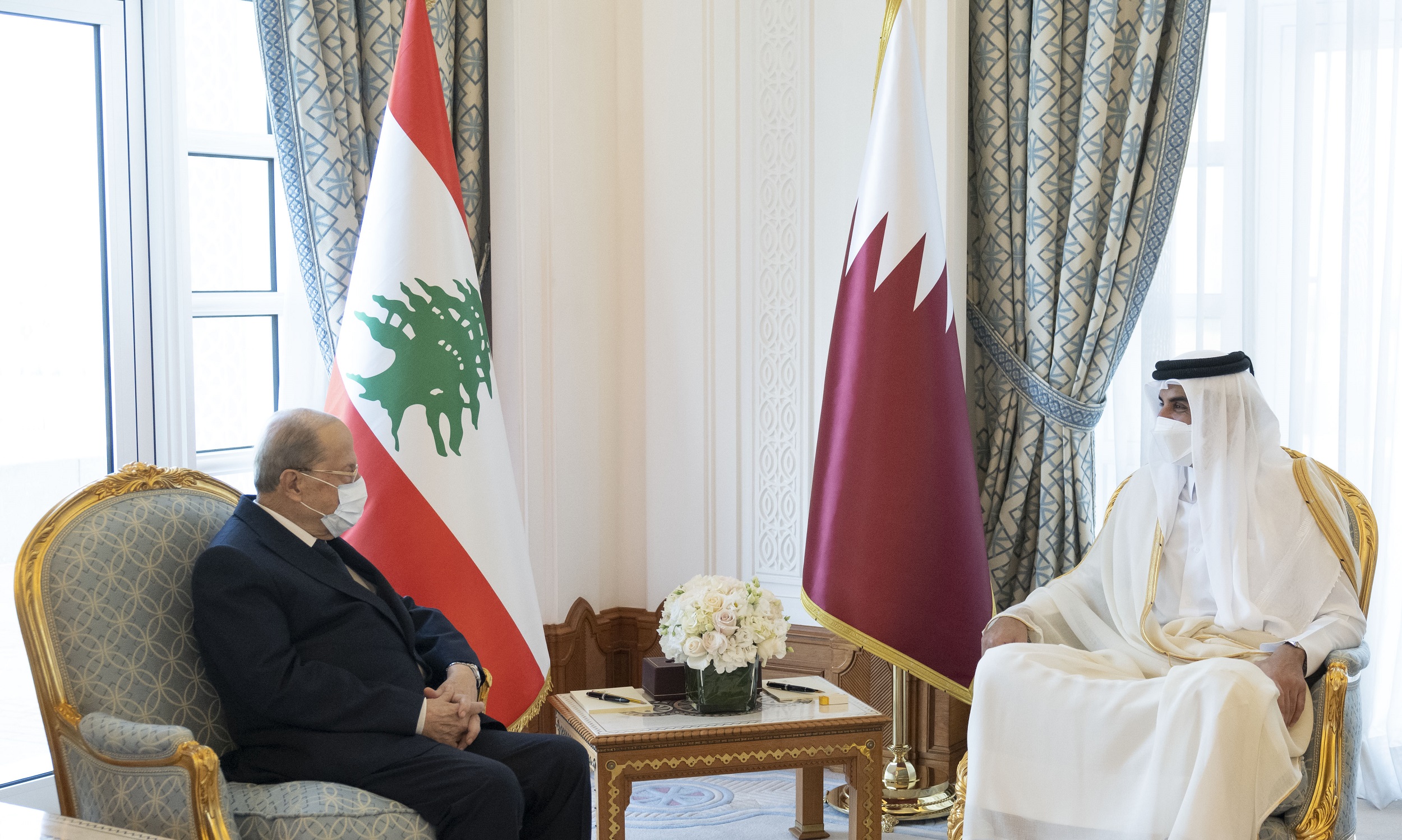 His Highness The Amir Sheikh Tamim bin Hamad Al Thani received at the Amiri Diwan Office on Monday morning HE President of the sisterly Lebanese Republic General Michel Aoun and the accompanying delegation.

During the meeting, developments of the situation in Lebanon were discussed, as HE the Lebanese President briefed HH The Amir on the latest developments, expressing his sincere thanks to His Highness for the State of Qatar's support to Lebanon and its permanent support for the Lebanese people.

HH The Amir and HE the Lebanese President also reviewed the bilateral relations between the two brotherly countries and ways to enhance them in various fields and discussed prominent regional and international developments of common interest.

The meeting was attended by a number of Their Excellencies the Ministers. On the Lebanese side, it was attended by members of the official delegation accompanying HE the President.