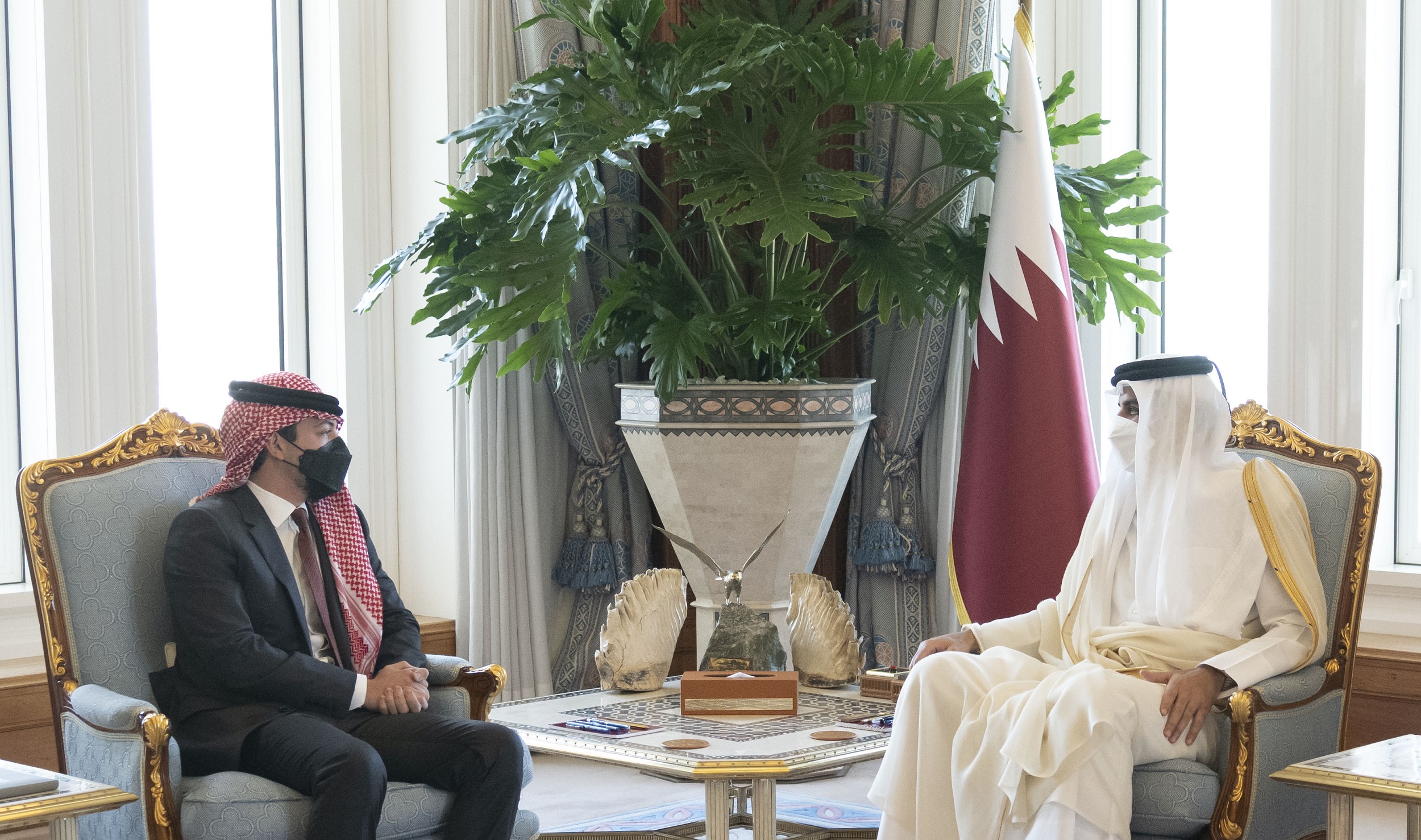 His Highness The Amir Sheikh Tamim bin Hamad Al-Thani received on Monday at his office in the Amiri Diwan office HRH Crown Prince Al Hussein bin Abdullah II of the Hashemite Kingdom of Jordan, and the accompanying delegation.

At the beginning of the meeting, the Jordanian Crown Prince conveyed the greetings of HM King Abdullah II bin Al Hussein of the sisterly Hashemite Kingdom of Jordan to HH The Amir, wishing him good health and happiness and the Qatari people further progress and prosperity.

For his part, HH The Amir entrusted HRH Crown Prince of Jordan, with his greetings and wishes to his brother, HM the King, and his wishes for good health and wellness, and for the brotherly Jordanian people further development and growth.

During the meeting, they reviewed the strong bilateral relations and ways to support and enhance them for the benefit of the two brotherly countries and peoples, in addition to a number of issues of joint interest.

The meeting was attended by His Highness The Deputy Amir Sheikh Abdullah bin Hamad Al-Thani.