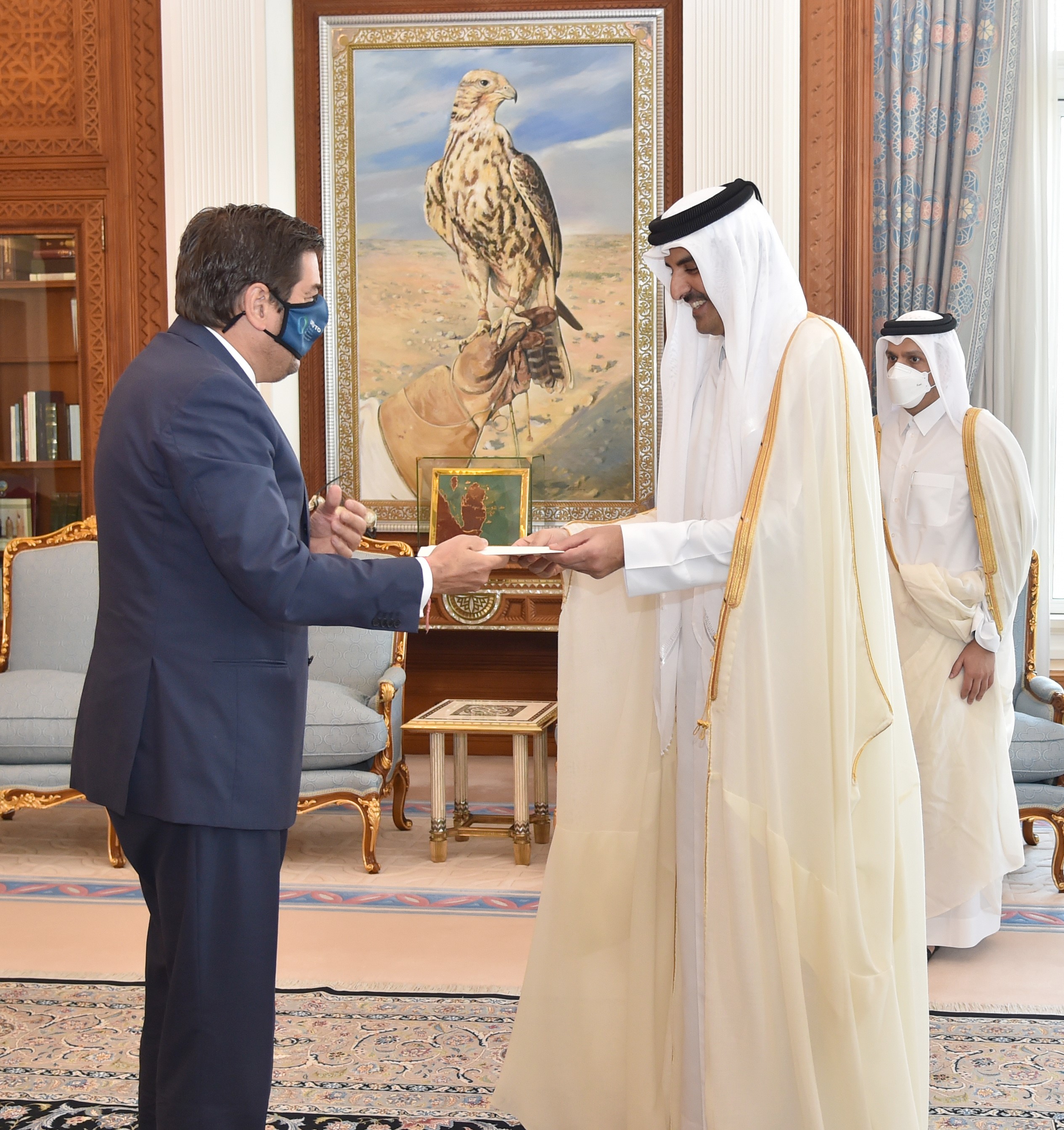 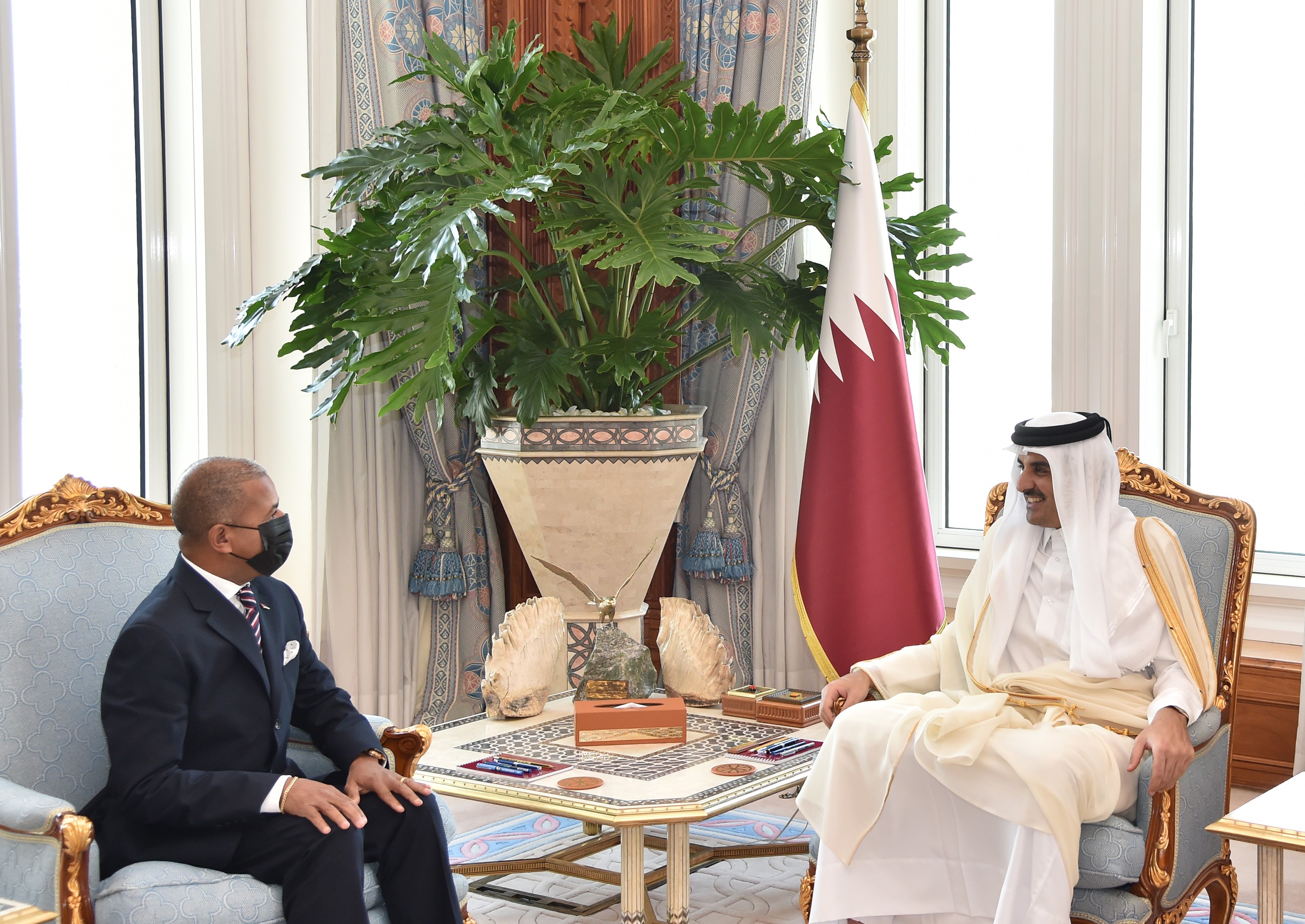 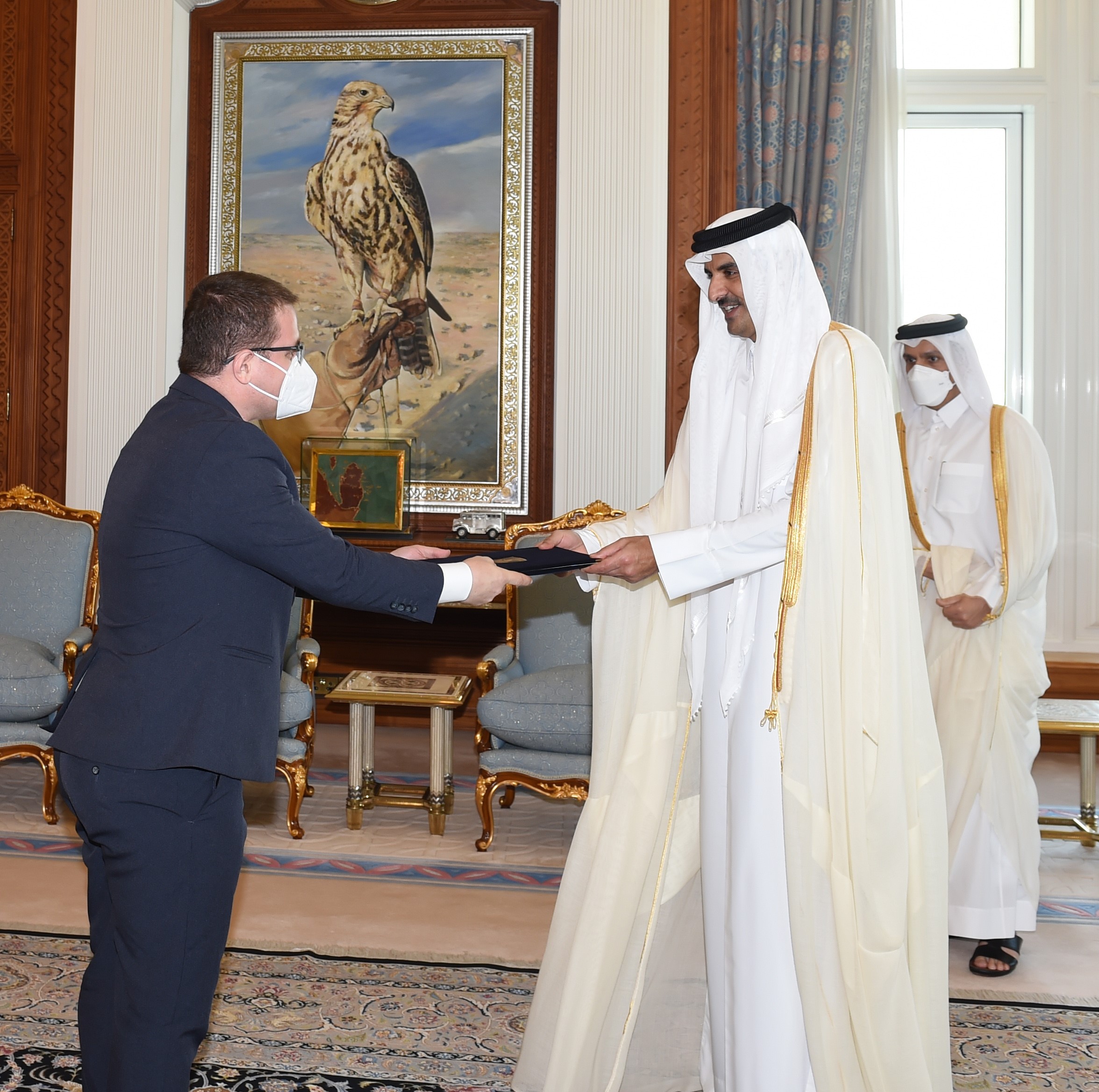 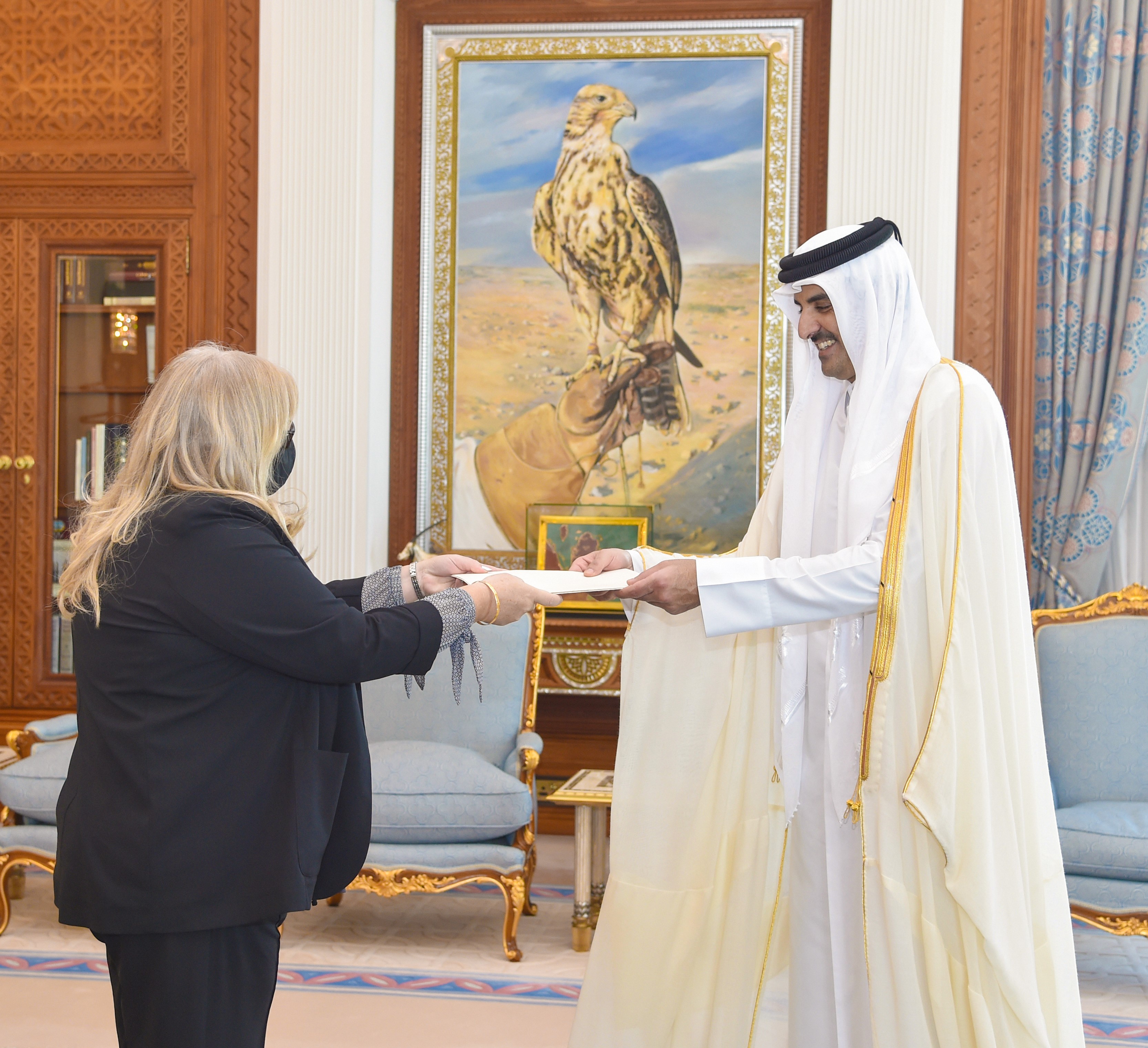 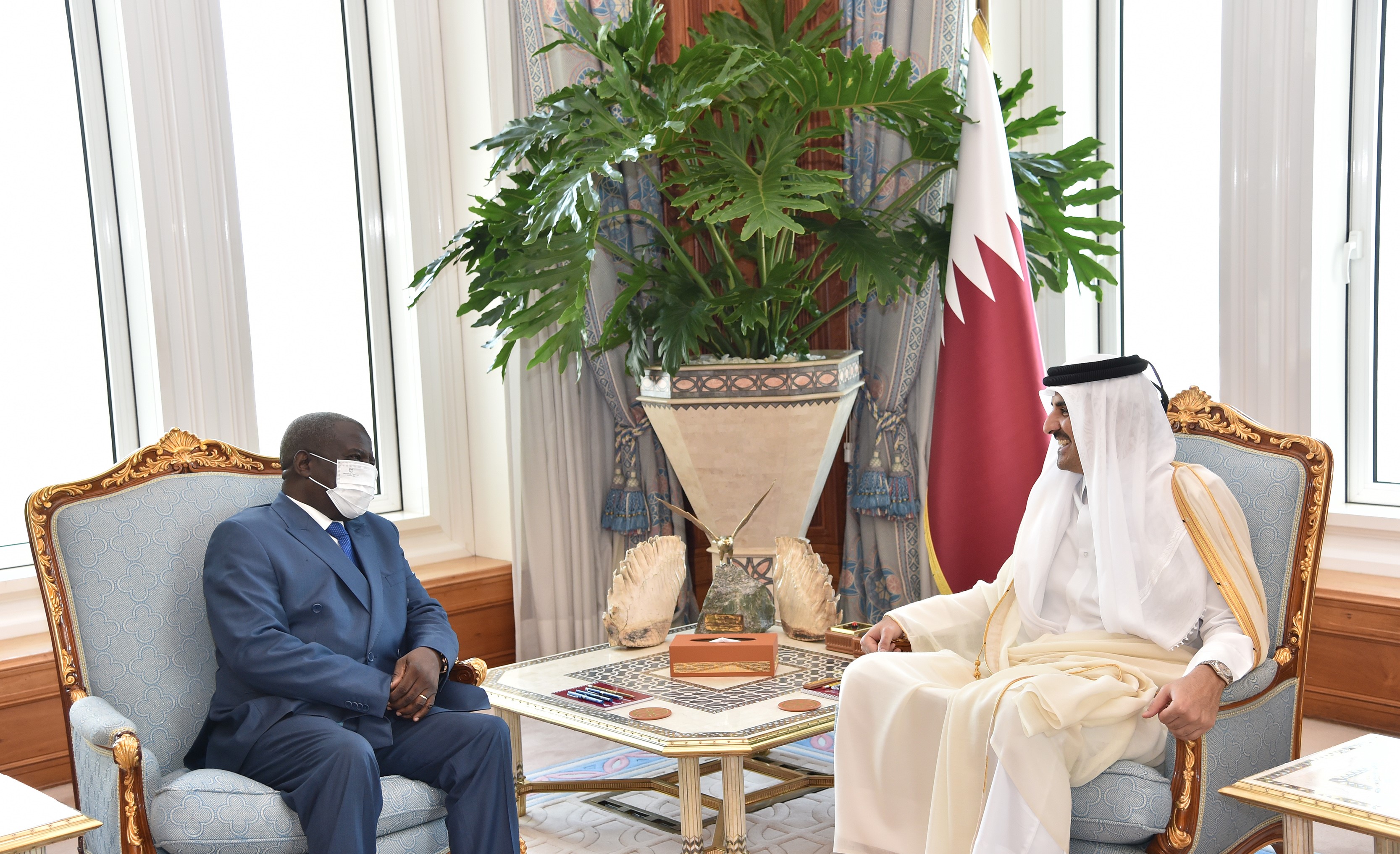 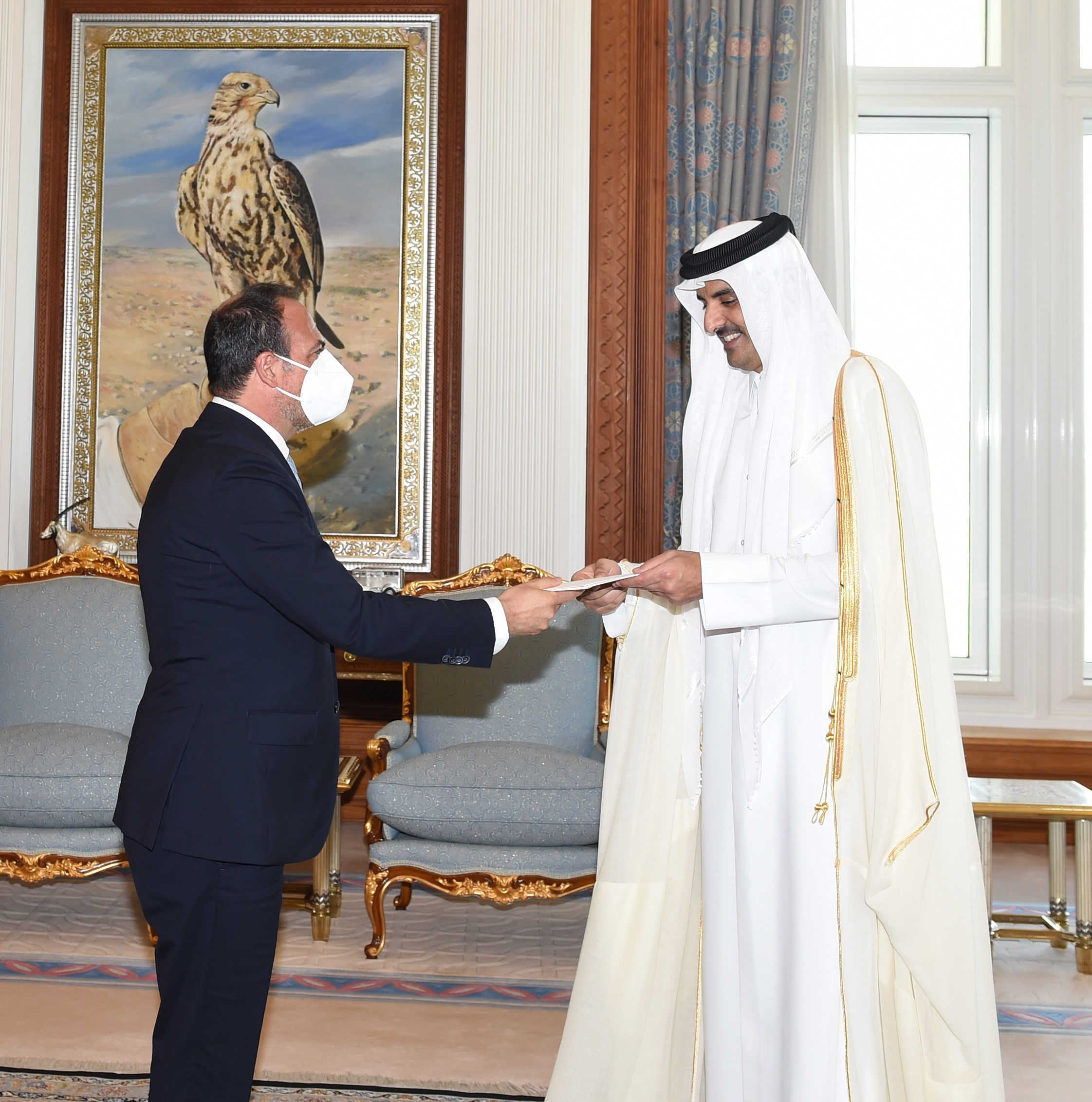 His Highness The Amir Sheikh Tamim bin Hamad Al Thani received at the Amiri Diwan office this morning the credentials of seven new ambassadors to the State of Qatar.

For their part, Their Excellencies the Ambassadors conveyed to HH The Amir the greetings of their countries' leaders and their wishes of further progress and prosperity to the Qatari people.

Their Excellencies the Ambassadors were accorded earlier official reception ceremony upon their arrival at the Amiri Diwan.