HH The Amir, the Sultan of Oman Witness Signing of Agreements 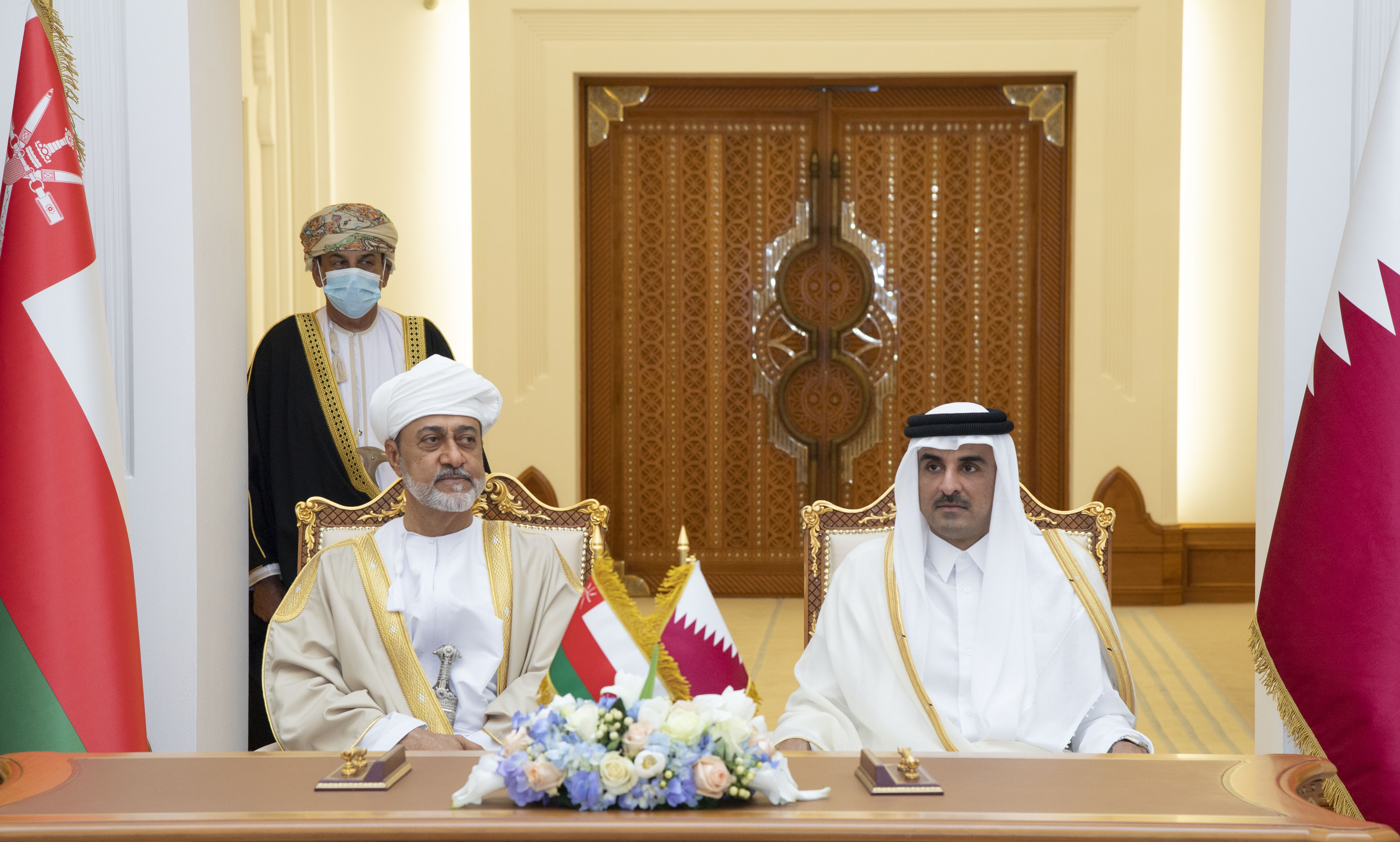 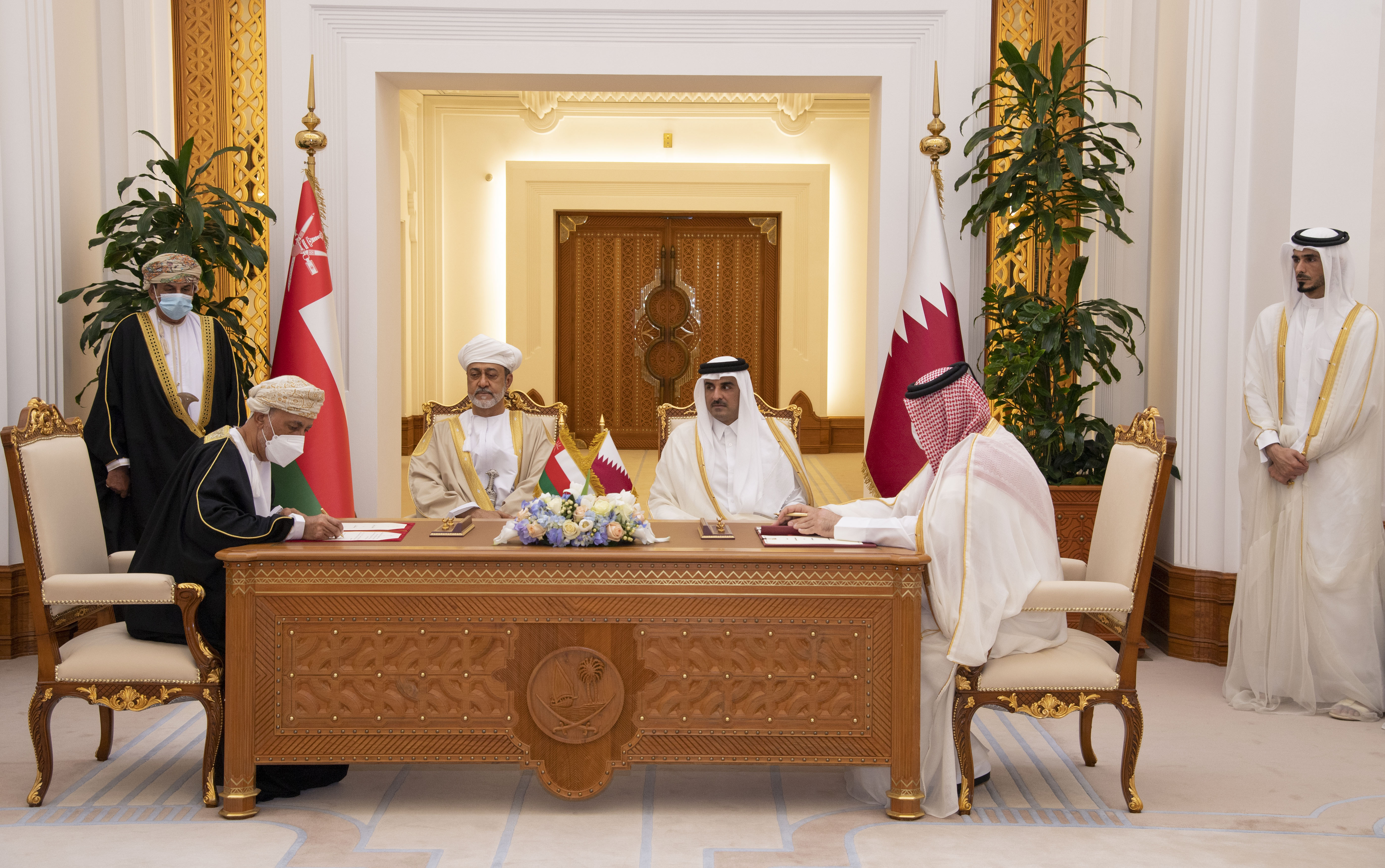 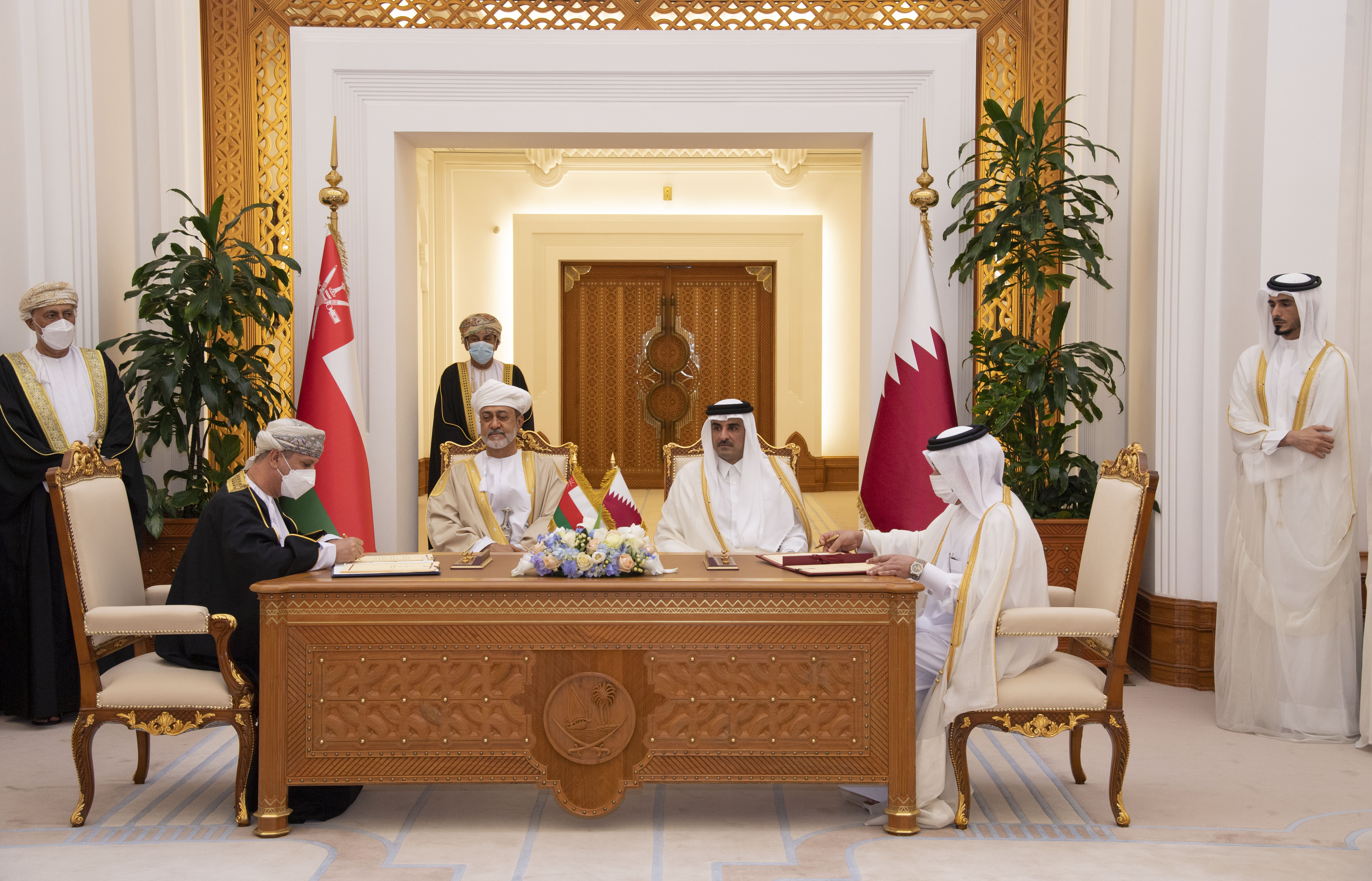 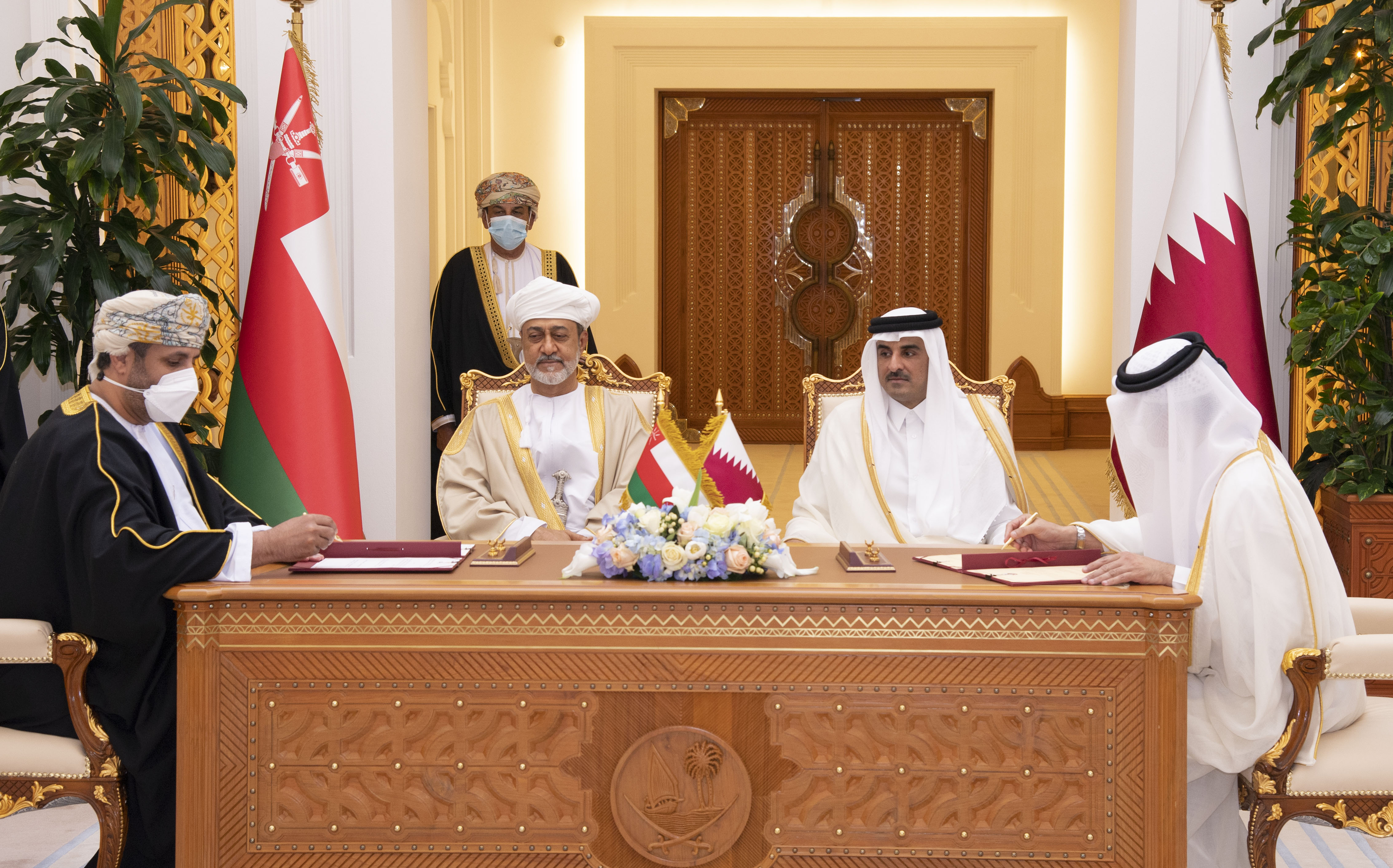 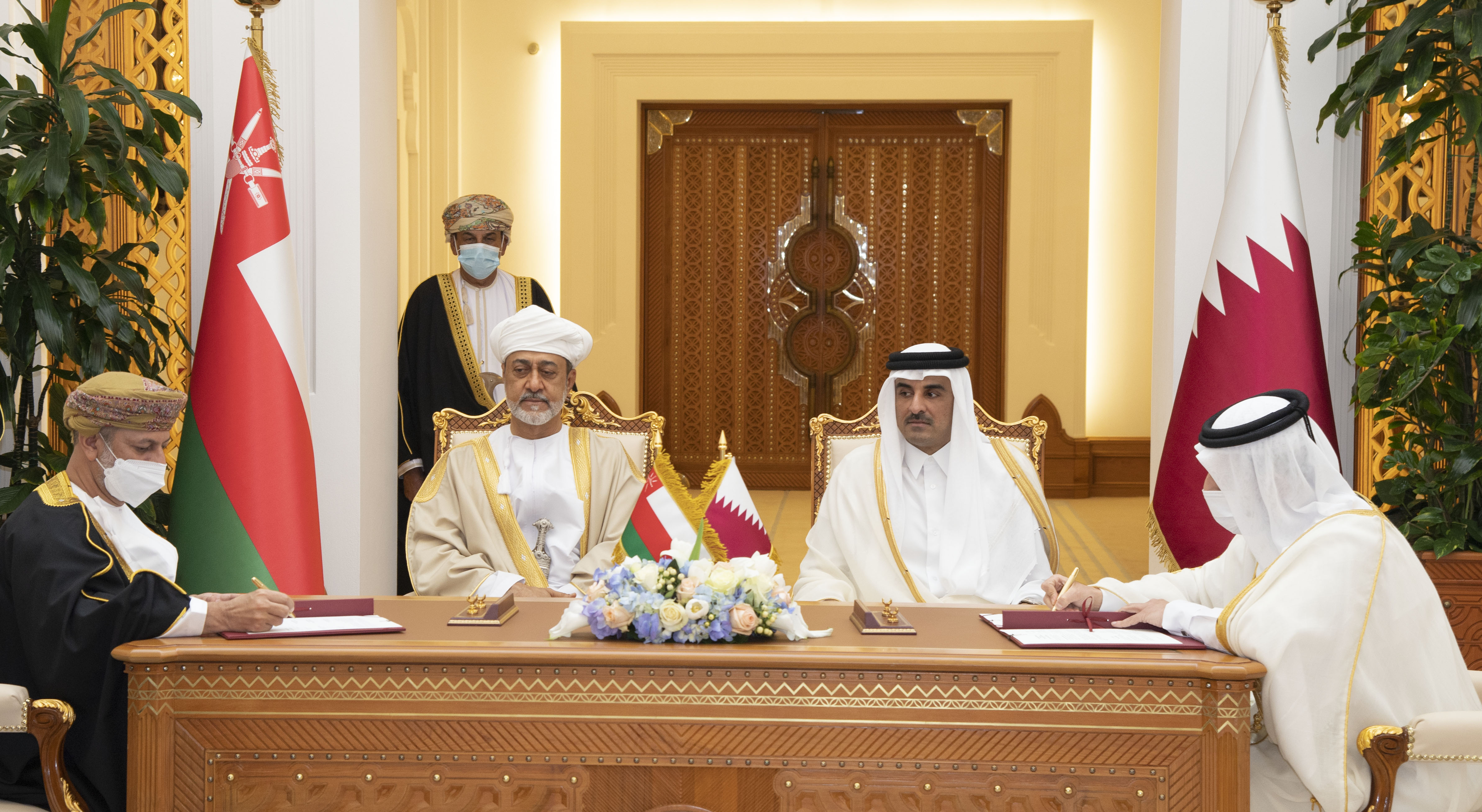 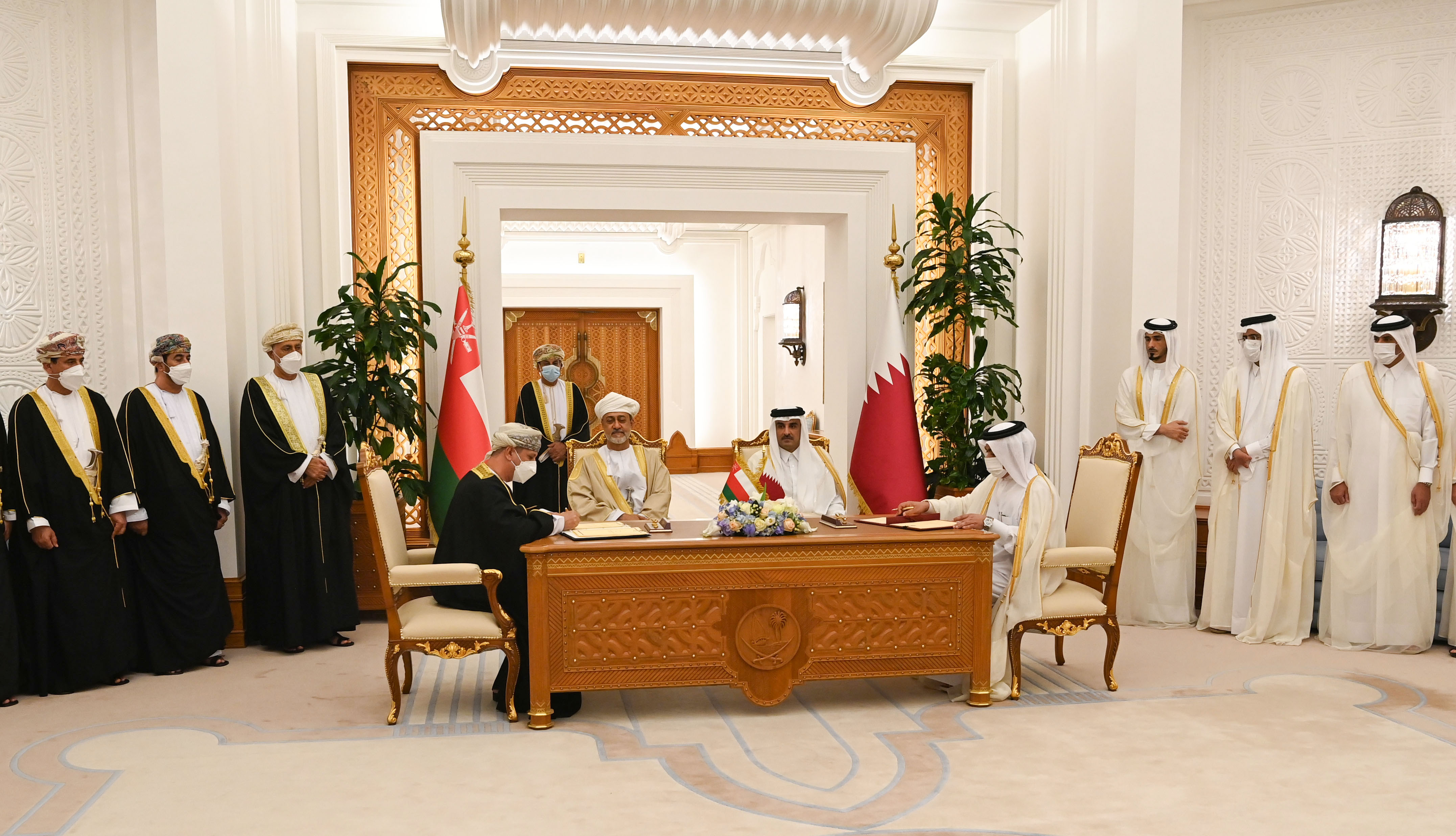 His Highness The Amir Sheikh Tamim bin Hamad Al Thani and HM Sultan Haitham bin Tariq of the Sultanate of Oman witnessed today at the Amiri Diwan the signing of a number of agreements between the governments of the two countries.