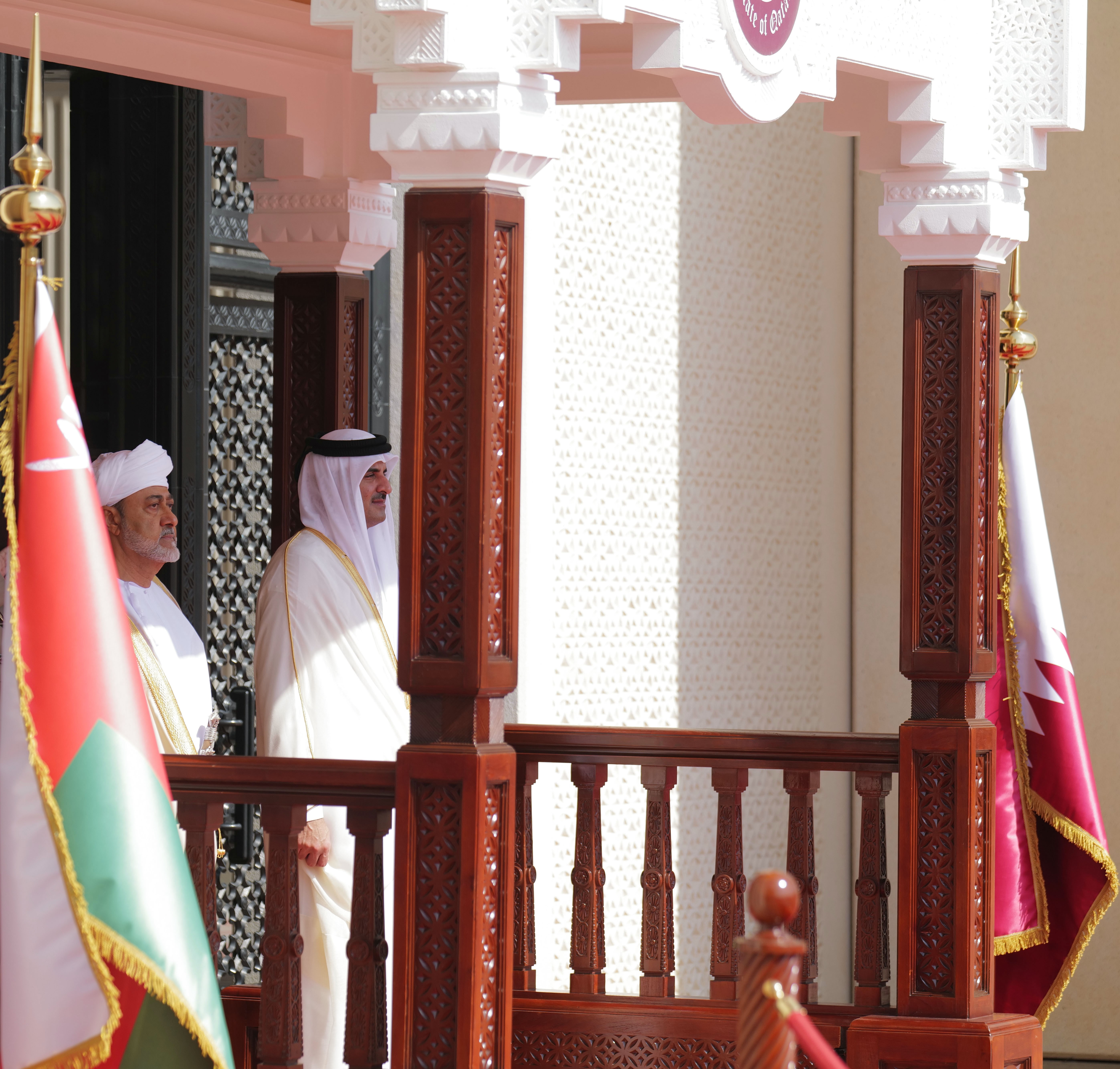 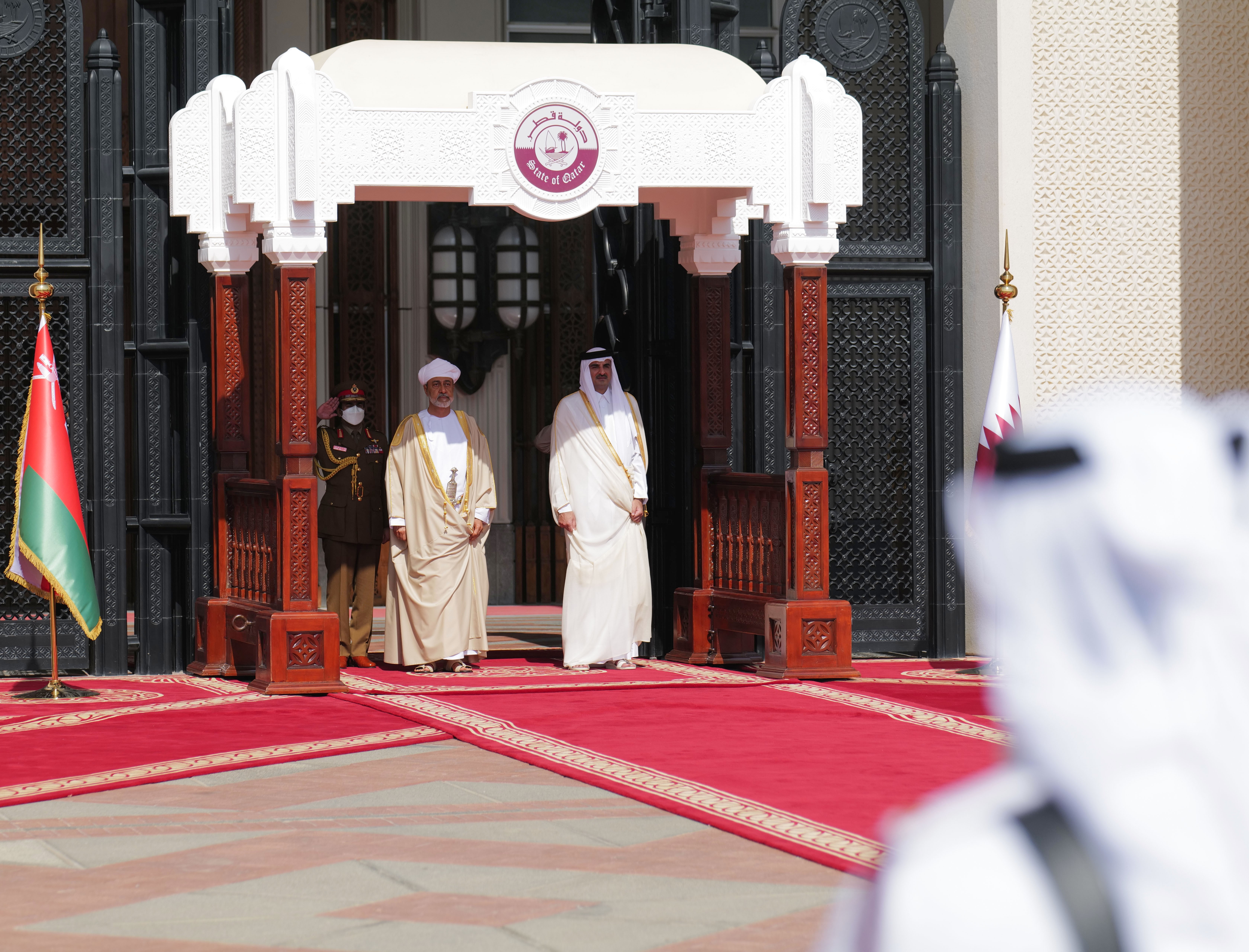 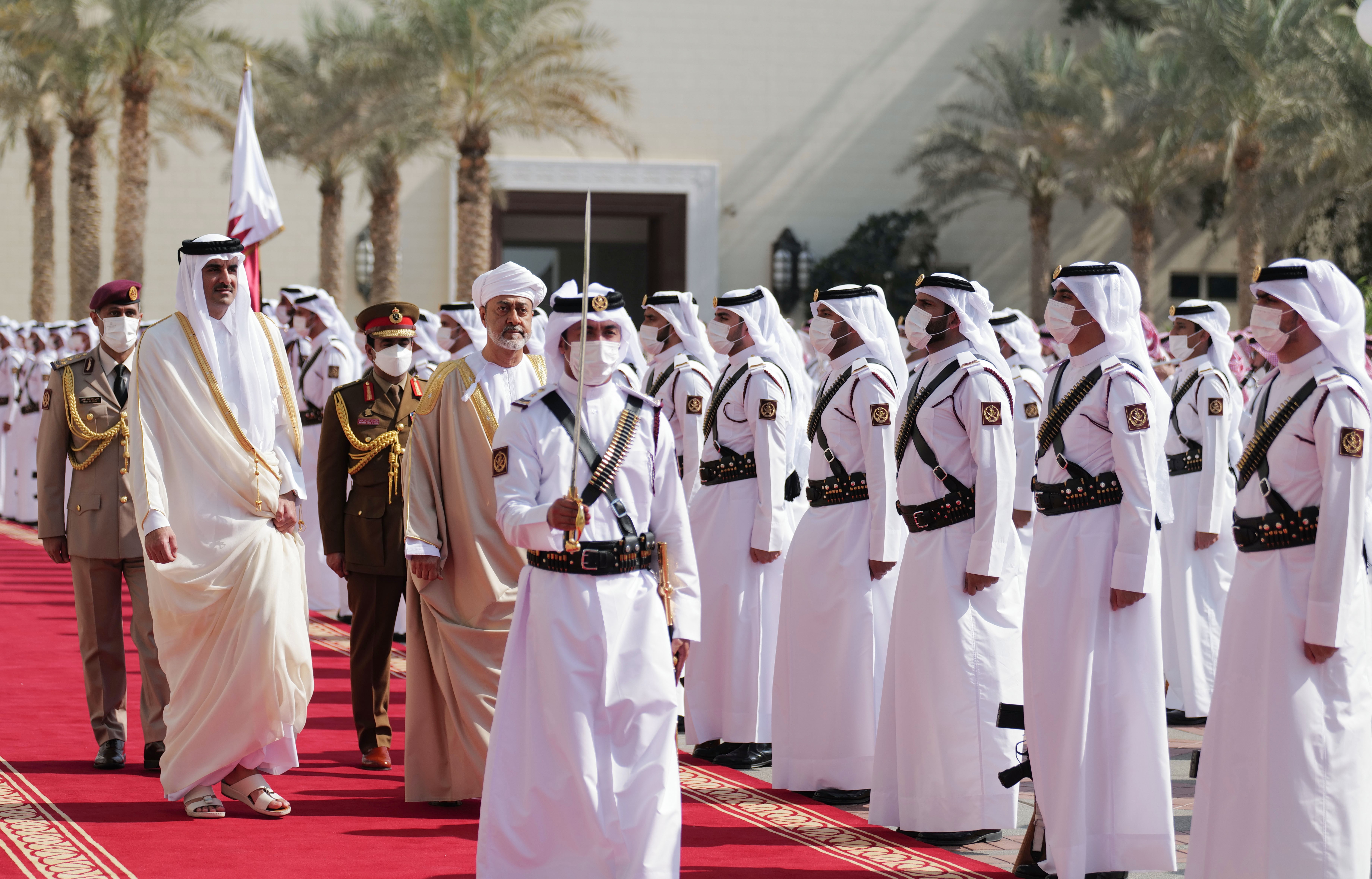 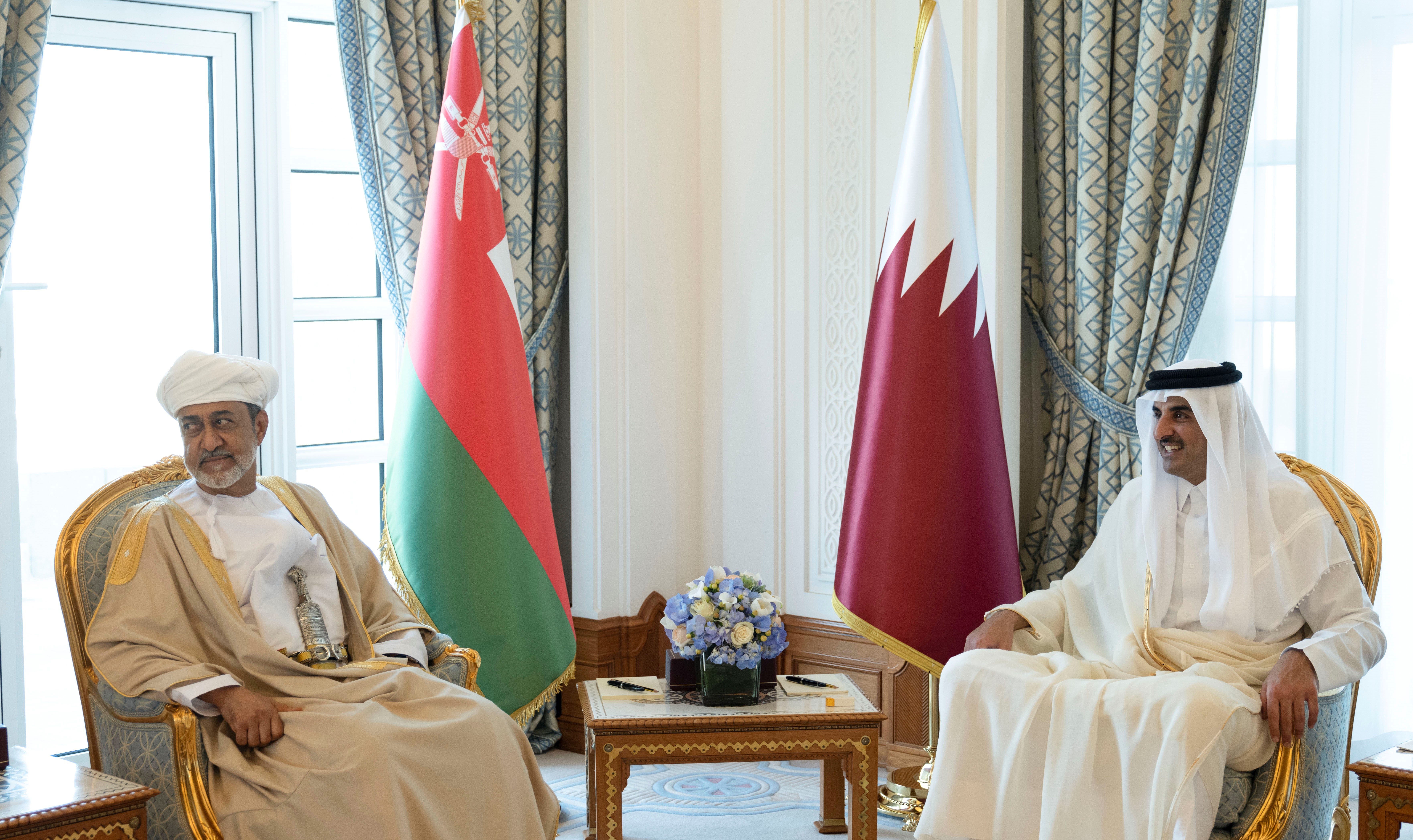 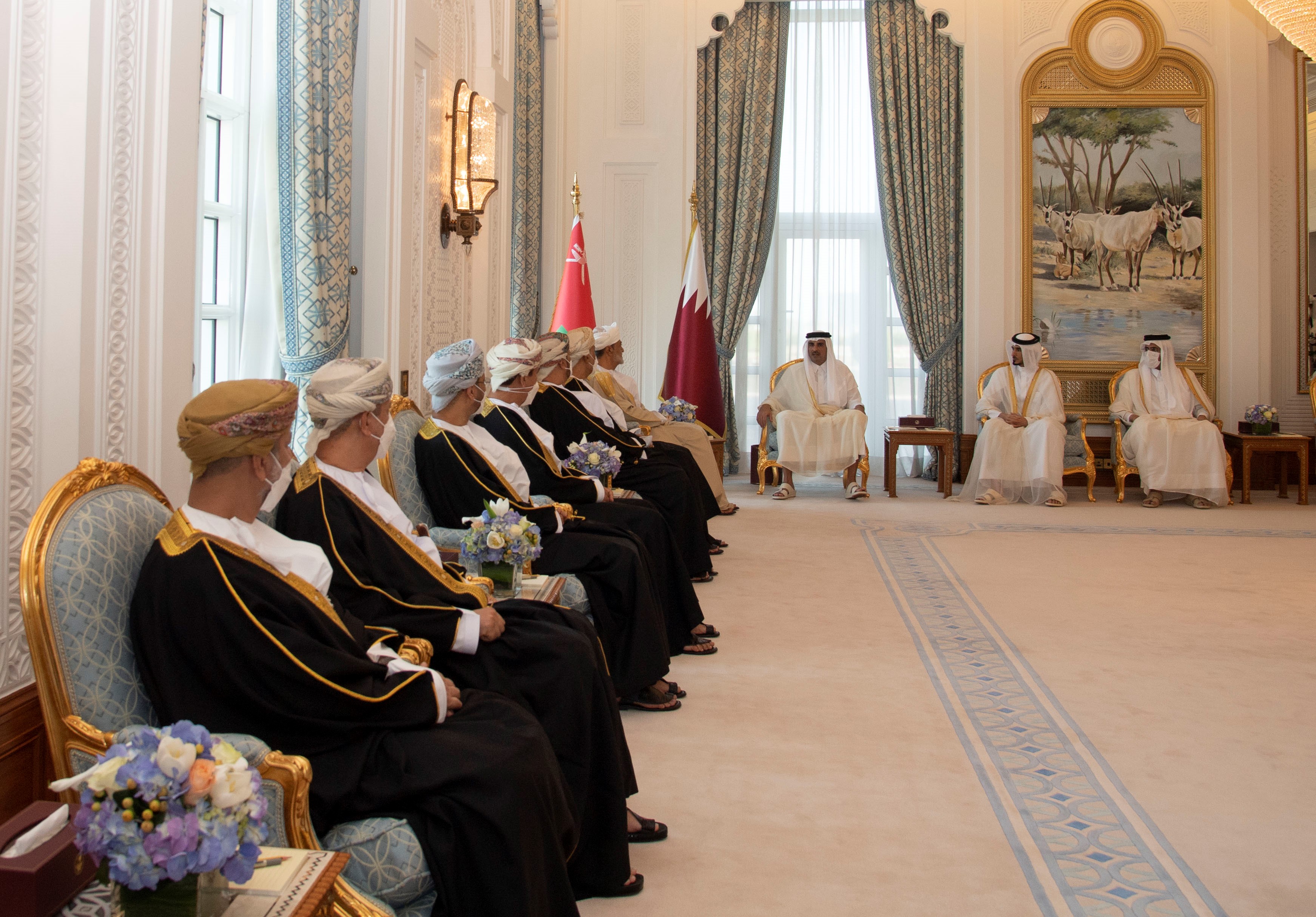 At the outset of the meeting, HH The Amir welcomed HM the Sultan and the accompanying delegation, wishing His Majesty a good stay and for the brotherly relations between the two countries further growth and development in all fields, expressing hope that this visit contributes to strengthening brotherly ties to realize the ambitions and interests of the two peoples.

For his part, His Majesty expressed his thanks to HH The Amir for the good reception and generous hospitality. His Majesty added that he looks forward to enhancing bonds and cooperation relations to realize joint aspirations and advance the interests of the two countries and peoples.

The session dealt with reviewing relations between the two countries and the means to enhance them, particularly in the political, economic, investment, tourism, and transport fields. The session also dealt with exchanging views on enhancing joint GCC work to enhance the region's stability and security.

HH The Amir and HM the Sultan also held a bilateral meeting to exchange views on a number of regional and international issues as well as the latest developments.

HM the Sultan arrived at the Amiri Diwan earlier today, were His Majesty was accorded an official reception ceremony.