HH The Amir Exchanges Decorations with the Sultan of Oman 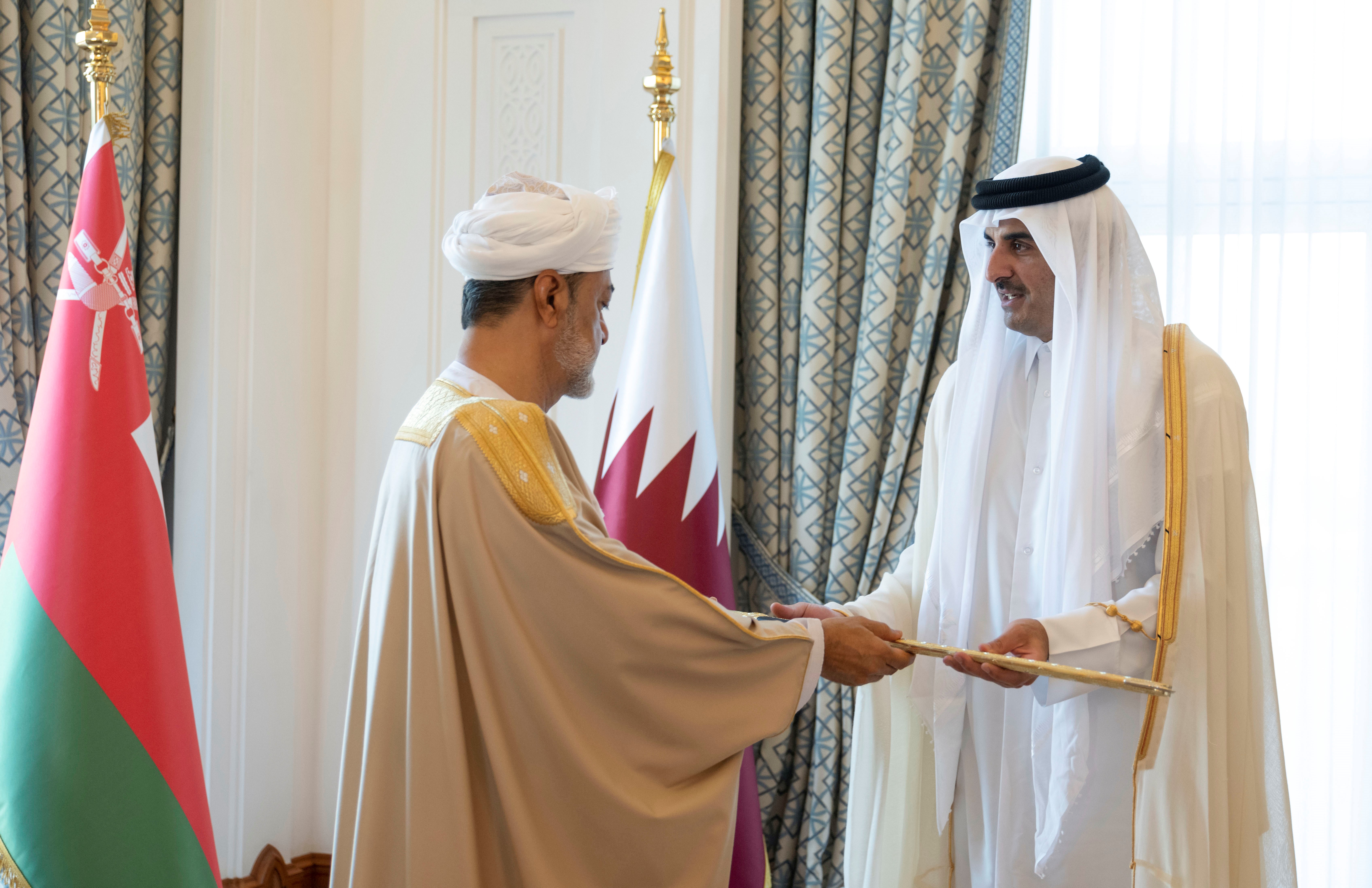 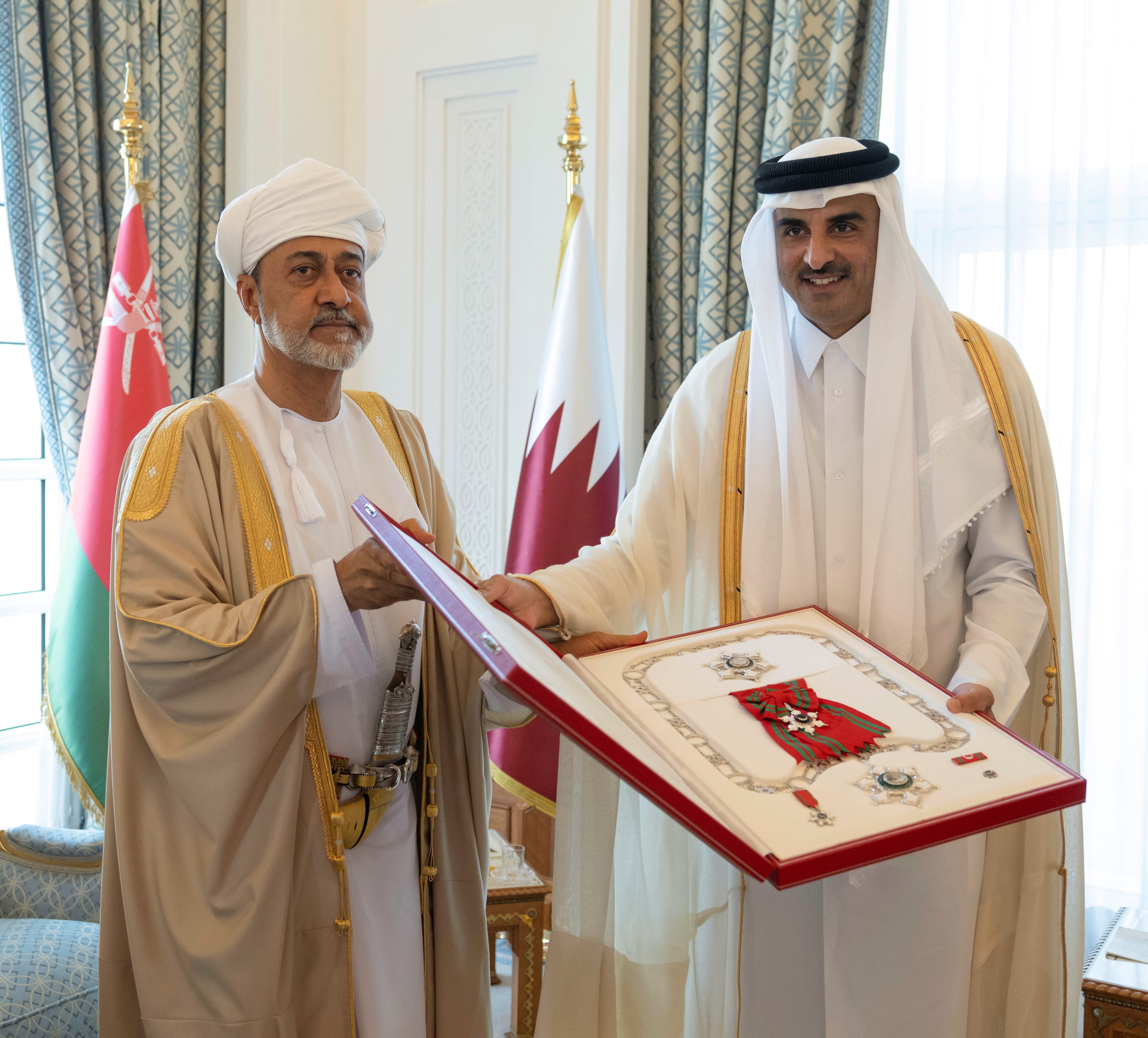 His Highness The Amir Sheikh Tamim bin Hamad Al Thani presented HM Sultan Haitham bin Tariq of the Sultanate of Oman with the Sword of the Founder Sheikh Jassim bin Mohammed bin Thani, reflecting the fraternal ties between the people of Qatar and Oman, and His Highness appreciation of HM the Sultan.

The Sword of the Founder is the highest national decoration, presented to kings, princes and heads of states.

HM the Sultan also presented HH The Amir with the Civil Order of Oman, First Class, in appreciation of His Highness and a reflection of the strength of ties between the people of Qatar and Oman.

The Civil Order of Oman is the highest Omani decoration, presented to kings and heads of states of countries with distinguished ties with the Sultanate of Oman. It is also presented to very important persons that have HM the Sultan's utmost appreciation.