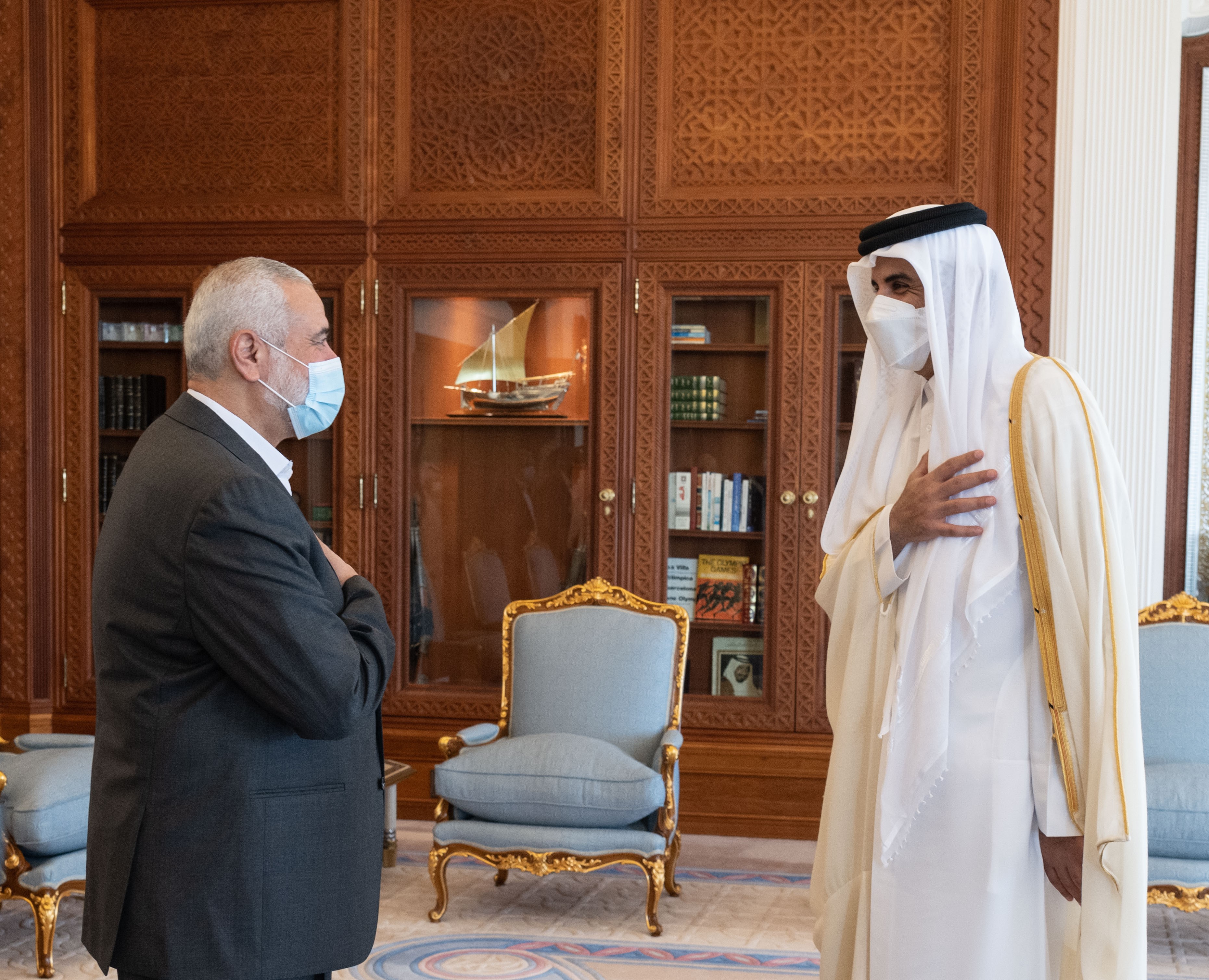 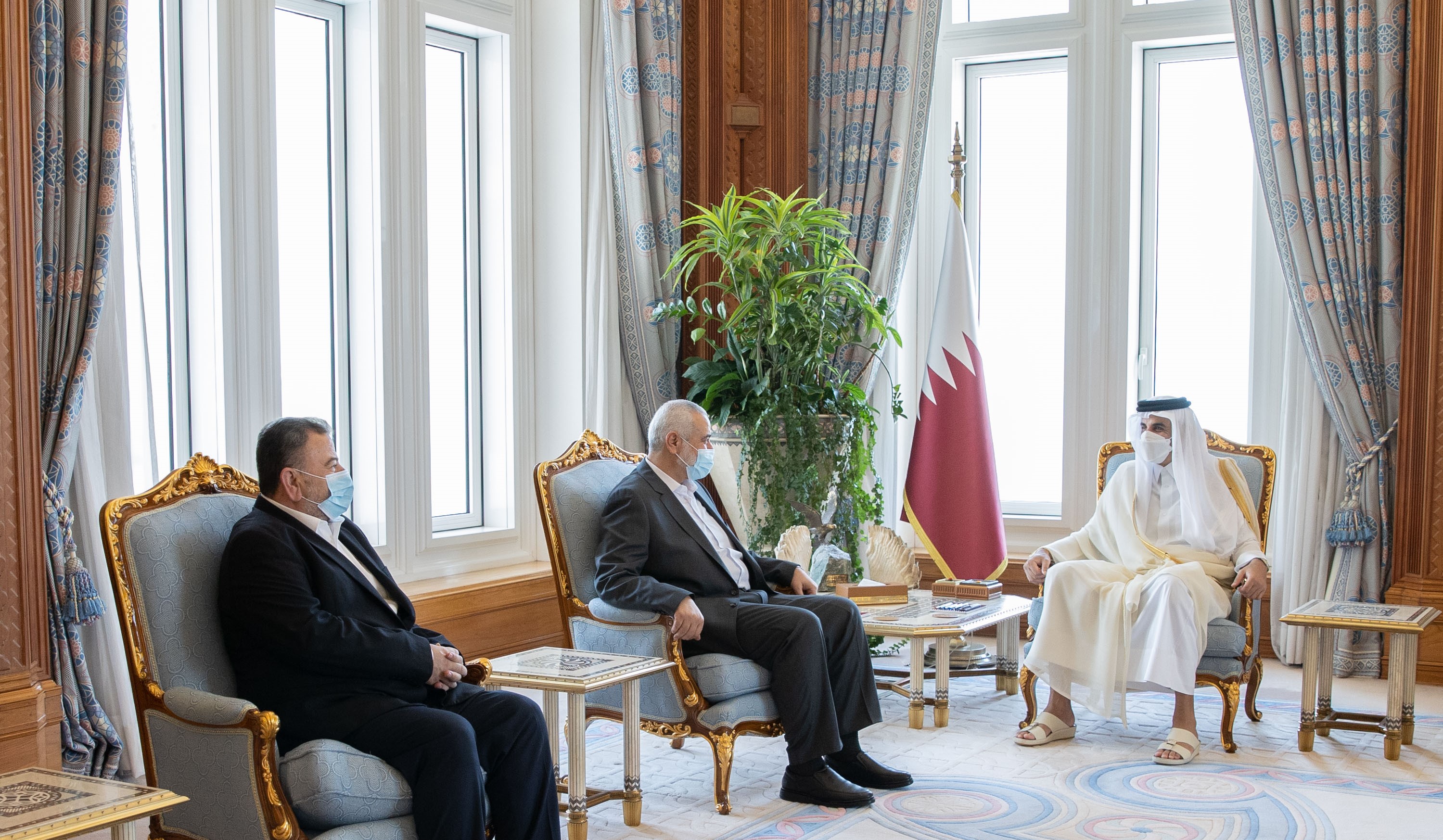 At the outset of the meeting, Dr. Haniyeh expressed his sincere thanks and gratitude to HH The Amir for the State of Qatar's endeavors and diplomatic efforts that contributed to ending the Israeli attacks on the Palestinian people and reaching a calm and a ceasefire in Gaza, as well as its permanent support for the Palestinian people.

For his part, HH The Amir affirmed the State of Qatar's continued support for the brotherly Palestinian people and their just cause and the importance of the unity of Palestinian ranks in order to obtain their legitimate national rights, foremost among which is their right to establish their independent state on the 1967 borders with East Jerusalem as its capital in accordance with the two-state solution, international legitimacy decisions and the Arab Peace Initiative, and in a way that enhances security and stability in the region and the world.

Talks during the meeting also dealt with the latest developments in Palestine and efforts to rebuild Gaza.