HH The Amir Holds Talks Session with President of Congo 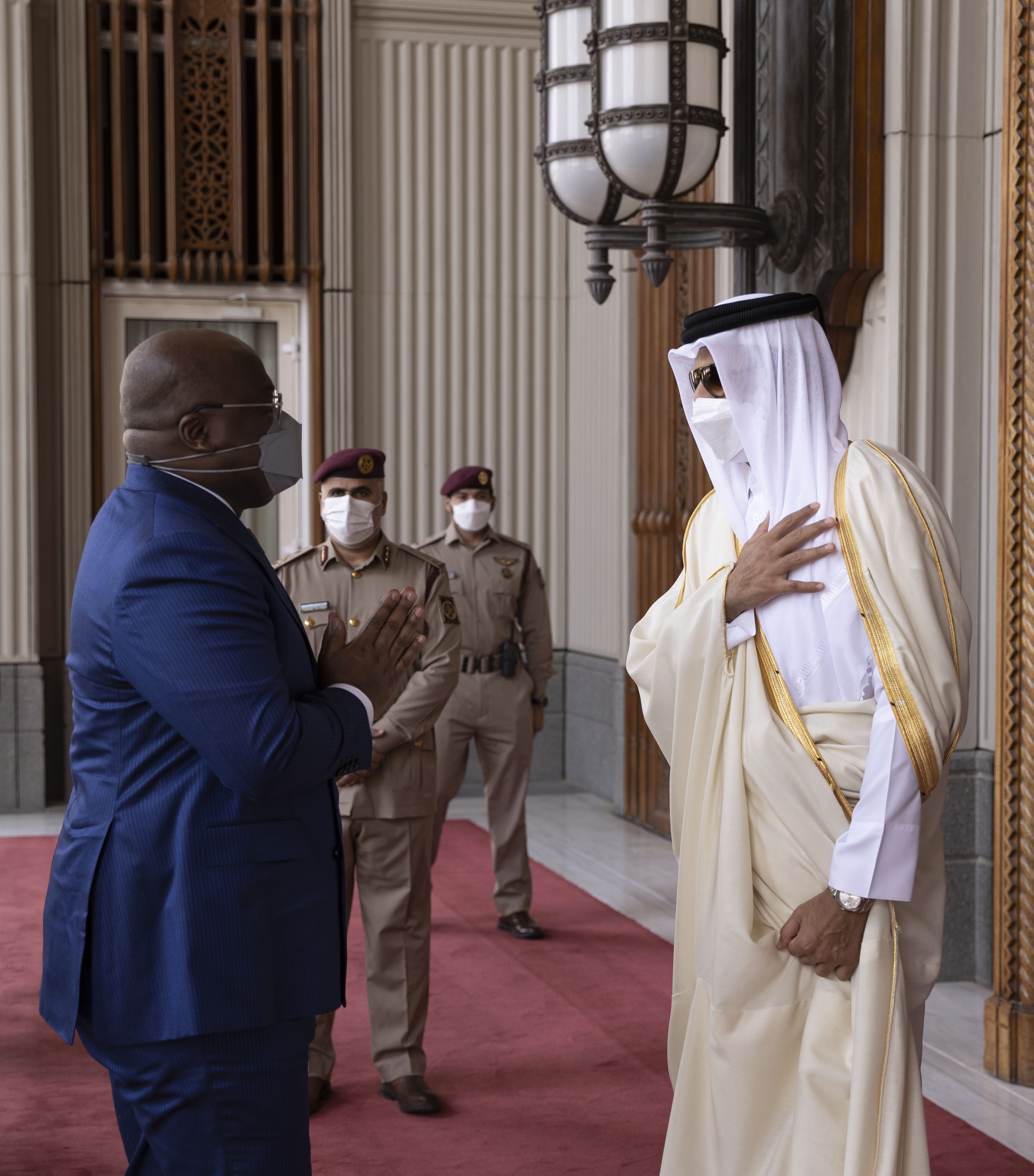 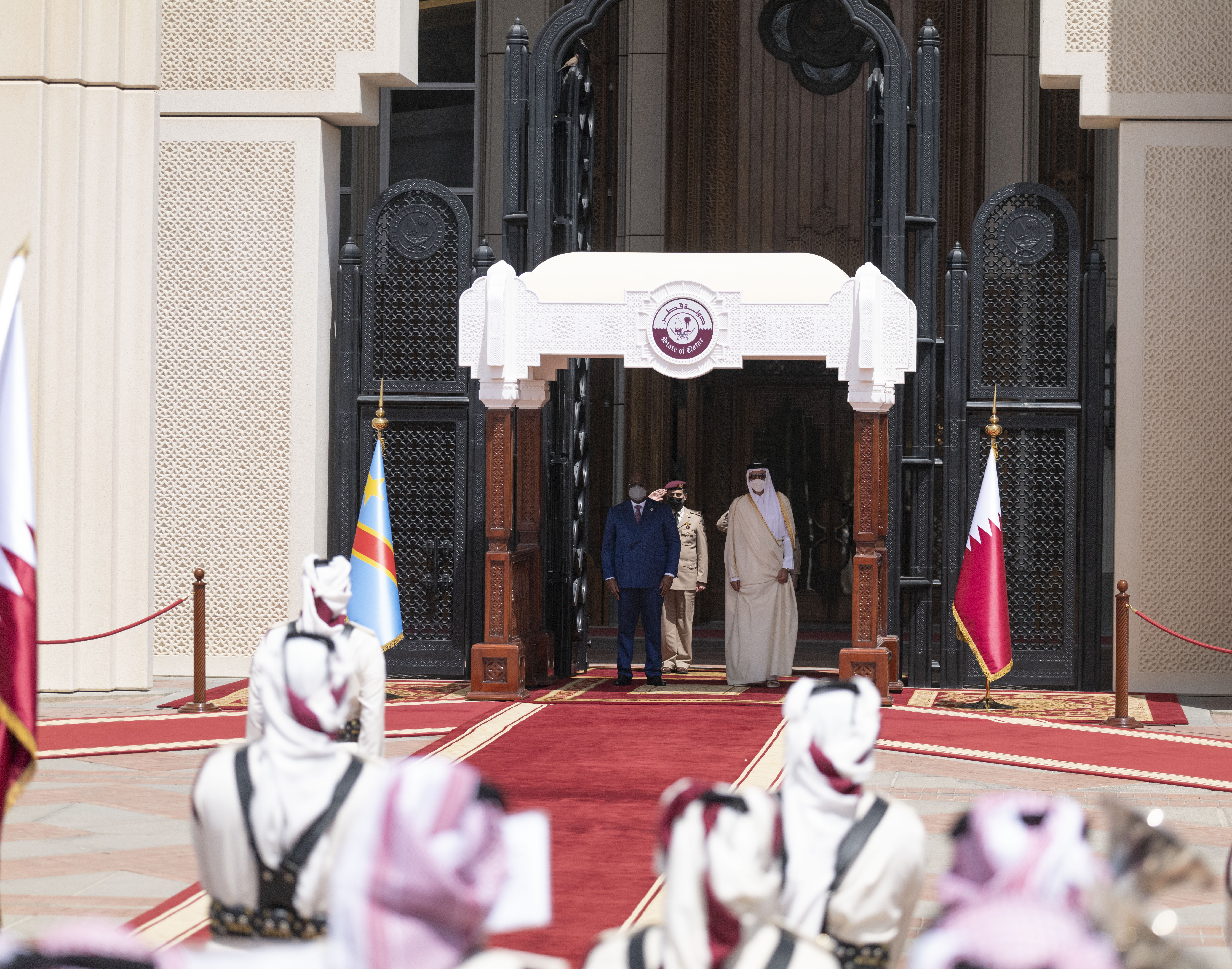 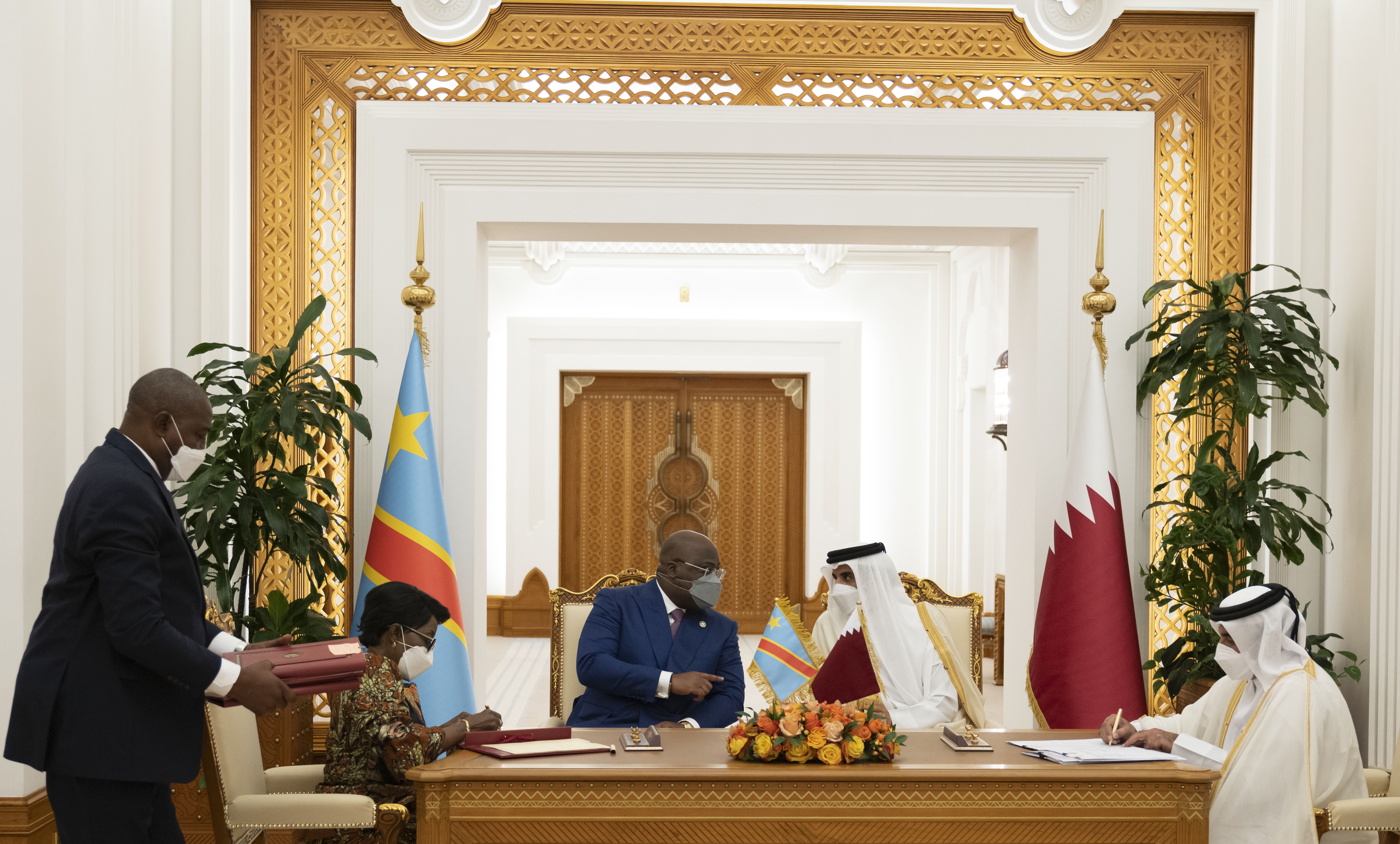 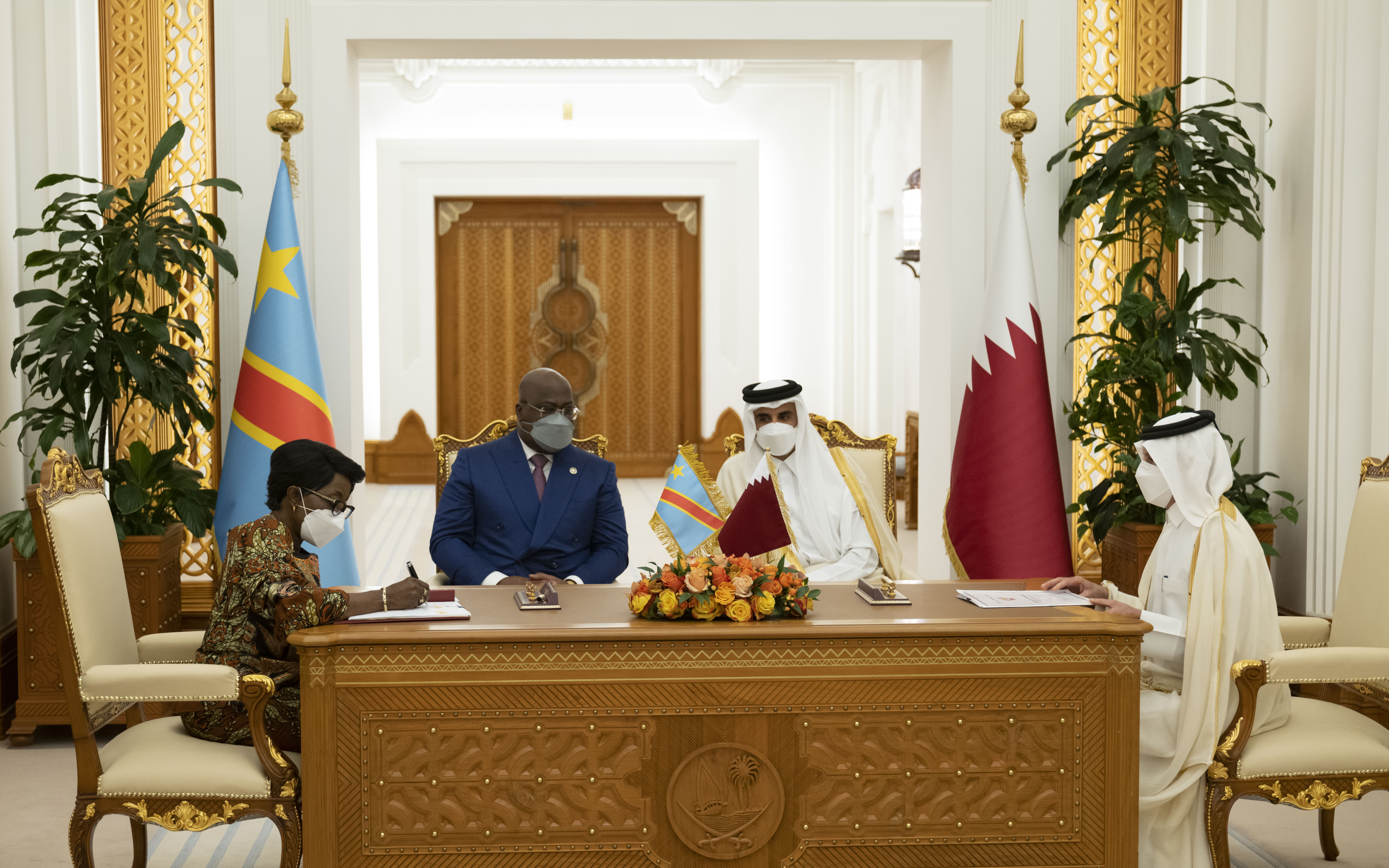 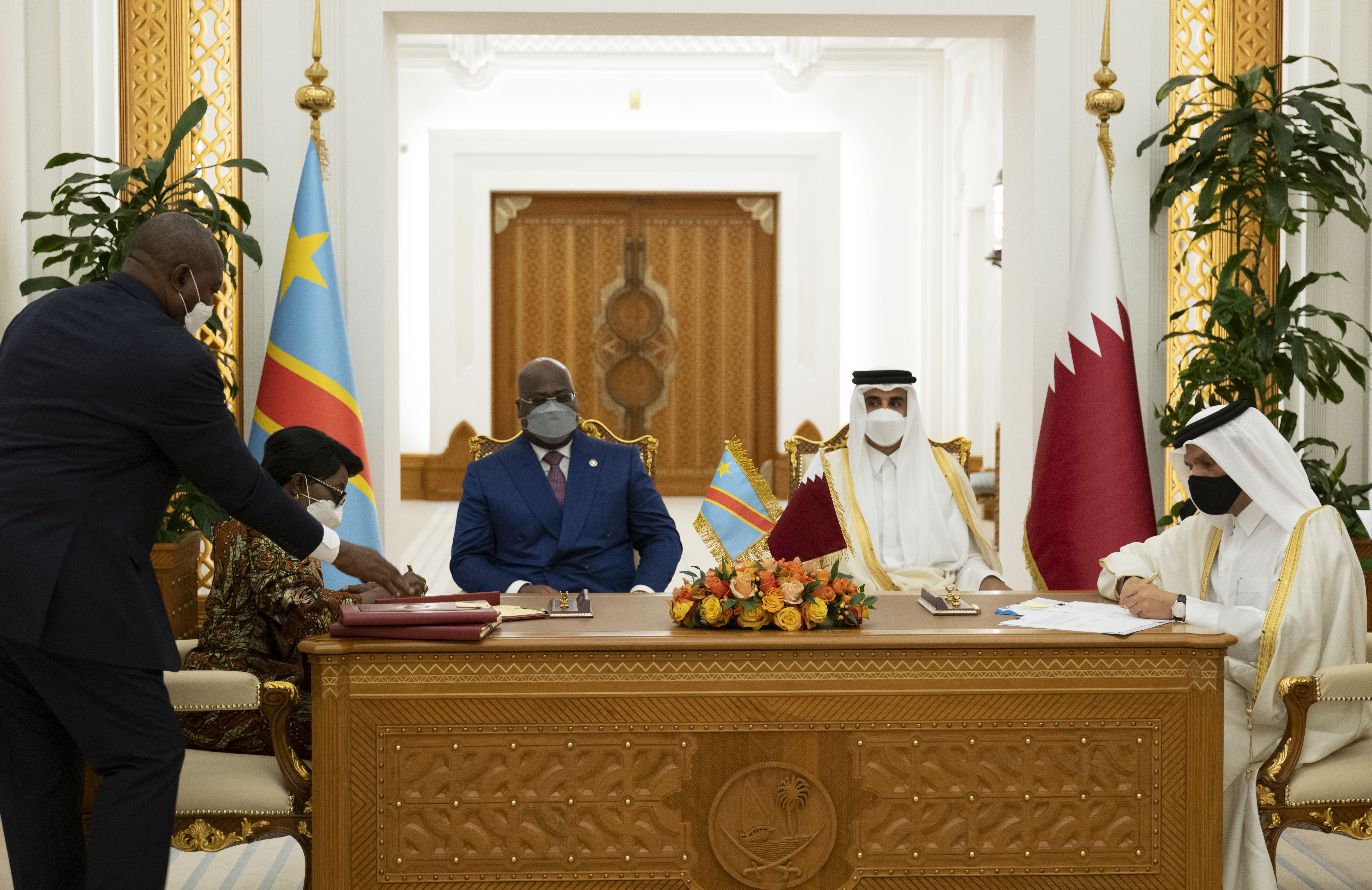 His Highness The Amir Sheikh Tamim bin Hamad Al Thani and HE President of the Democratic Republic of Congo and African Union Chairperson Felix Tshisekedi held an official talks session at the Amiri Diwan Today.

During the session, views were exchanged on a number of regional and international issues of common concern.

The session was attended by a number of Their Excellencies the Ministers.

Their Excellencies members of the official delegation accompanying HE the President also attended the session.

HE the President arrived at the Amiri Diwan earlier, where an official reception ceremony was held for His Excellency.