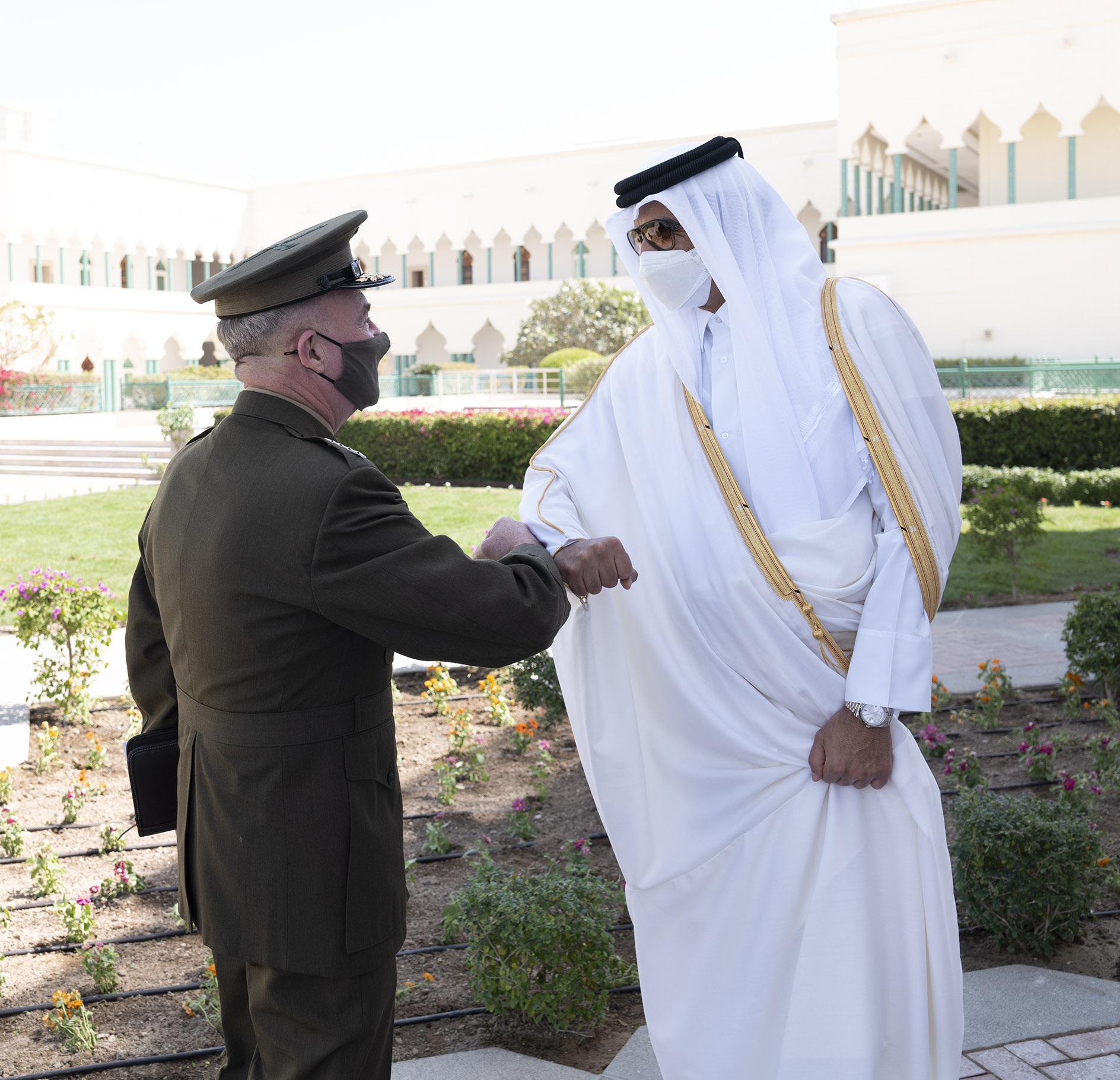 His Highness The Amir Sheikh Tamim bin Hamad Al Thani received Today at Sheikh Abdullah Bin Jassim Majlis at the Amiri Diwan with HE the Commander of the United States Central Command in the Middle East Gen. Kenneth McKenzie and the accompanying delegation, on the occasion of their visit to the country.

During the meeting, they reviewed the strategic relations between the two friendly countries and prospects for strengthening them, in addition to developments in the region.