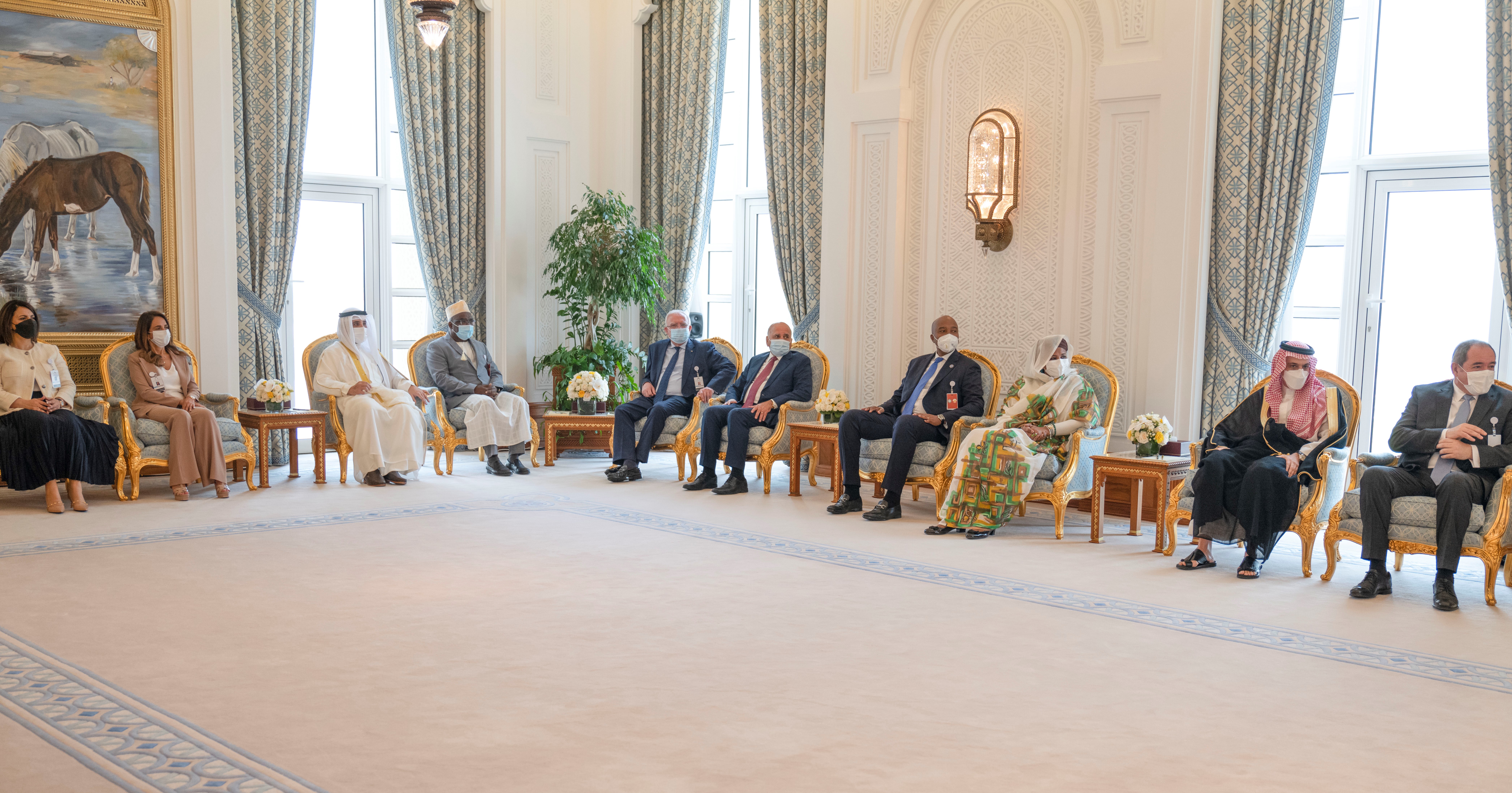 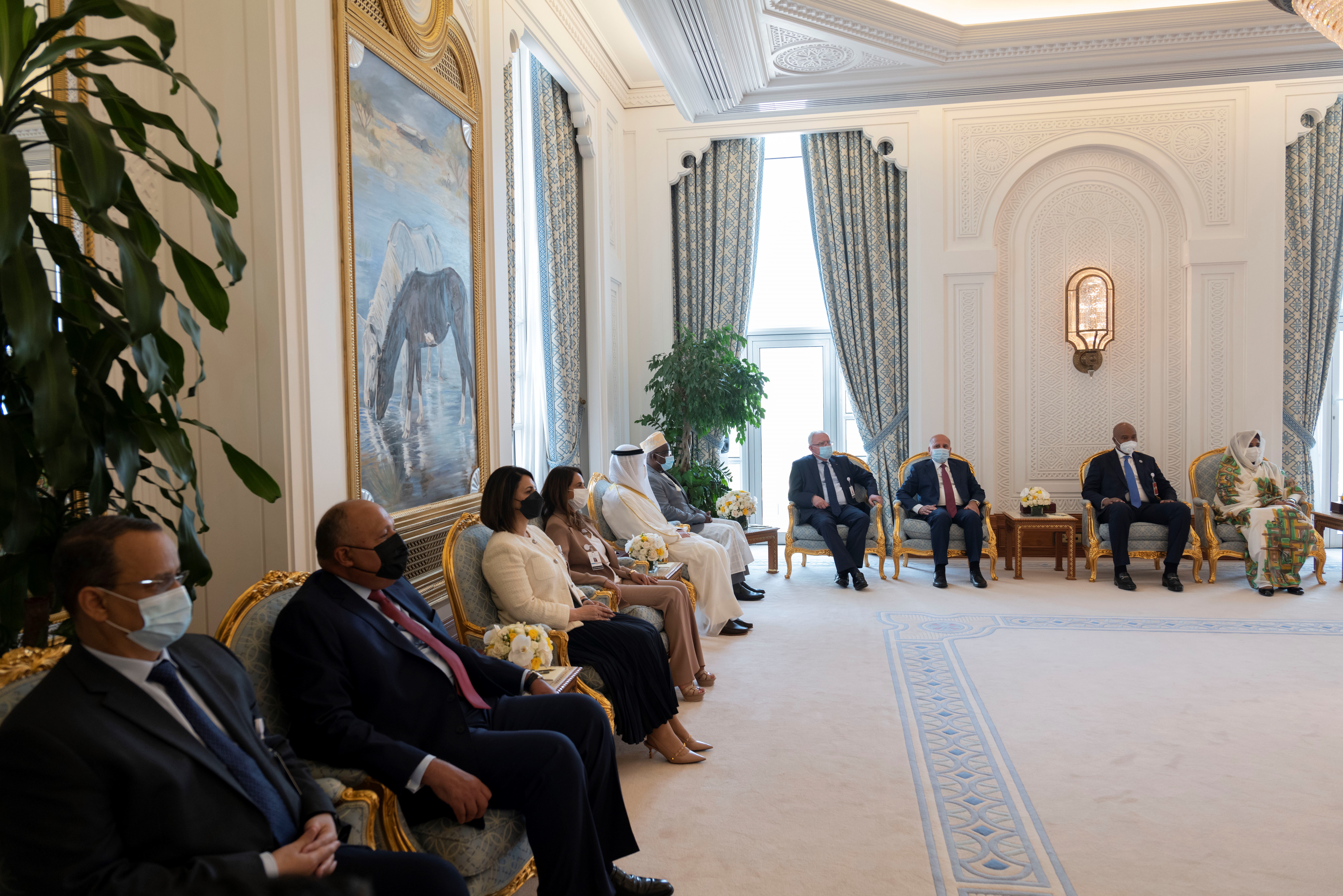 His Highness The Amir Sheikh Tamim bin Hamad Al Thani received at the Amiri Diwan this morning HE Secretary-General of the Arab League Ahmed Aboul Gheit and Their Excellencies the foreign ministers and heads of delegations participating in the consultative meeting and the meeting of the Council of the Arab League at the ministerial level in its extraordinary session on the developments of the Renaissance Dam.

At the beginning of the meeting, HH The Amir welcomed them, wishing them success in their meetings, which will be held later today. Also, they reviewed several issues related to the joint Arab action process and ways to enhance and develop it, in addition to regional and international developments, particularly the latest developments in the region.