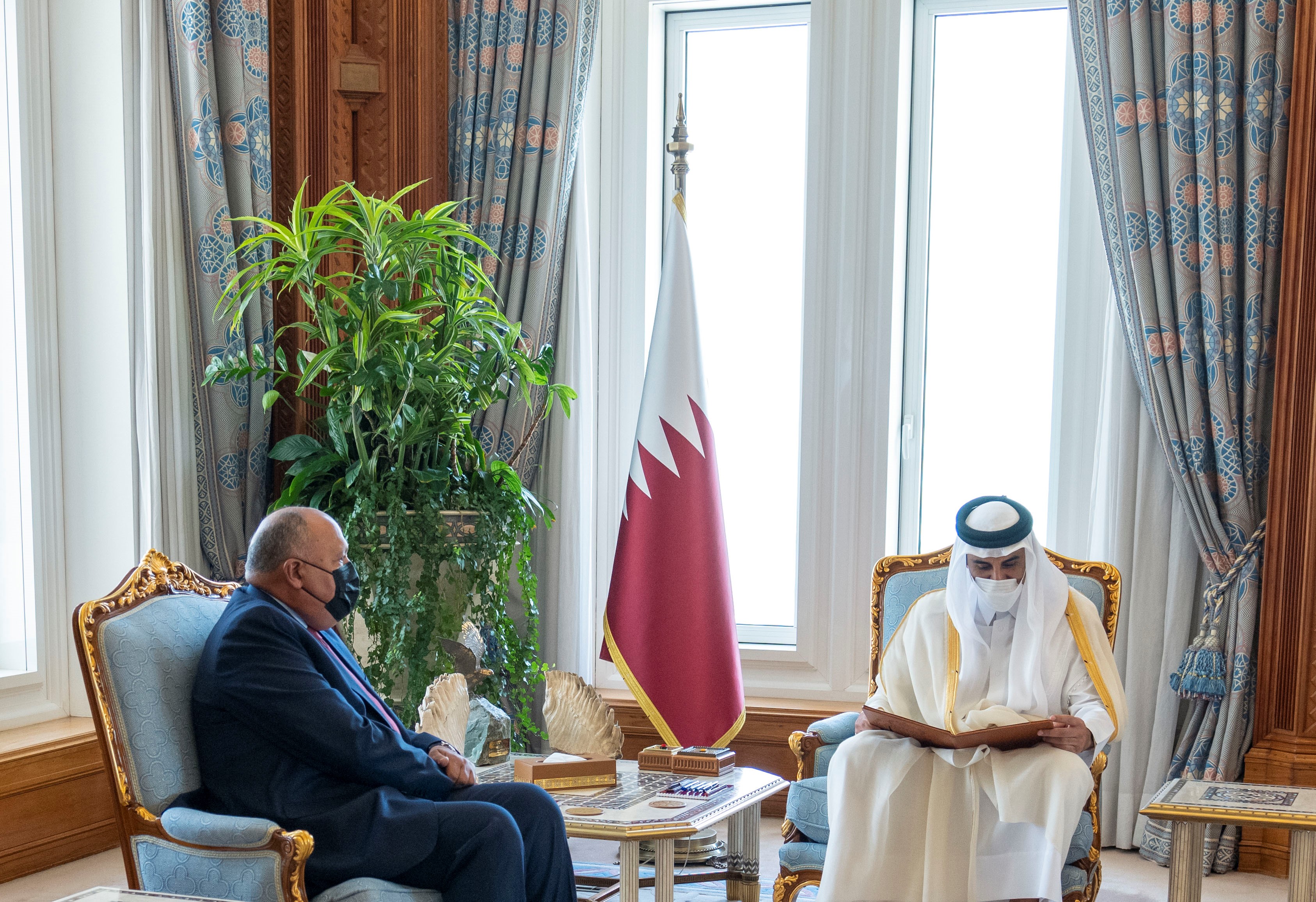 His Highness The Amir Sheikh Tamim bin Hamad Al Thani has received a written message from HE President of the Arab Republic of Egypt Abdel Fattah Al Sisi, pertaining to supporting relations between the two countries and ways of enhancing and developing them for the good and interest of the two countries and peoples, in addition to the most prominent regional and international developments.

The message was handed over by HE Minister of Foreign Affairs of Egypt Sameh Shoukry, during a meeting with HH The Amir at his office at the Amiri Diwan this morning.

At the outset of the meeting, the Egyptian Minister of Foreign Affairs conveyed the greetings of HE Abdel Fattah Al Sisi to HH The Amir, wishing HH The Amir continued success, and the Qatari people further progress and prosperity.

For his part, HH The Amir entrusted HE Sameh Shoukry to convey his greetings to HE the Egyptian President, wishing His Excellency continued success and the Egyptian people further progress and prosperity.

During the meeting, they also reviewed the bilateral relations between the two countries and ways of developing and strengthening them, in addition to the latest developments in the region.