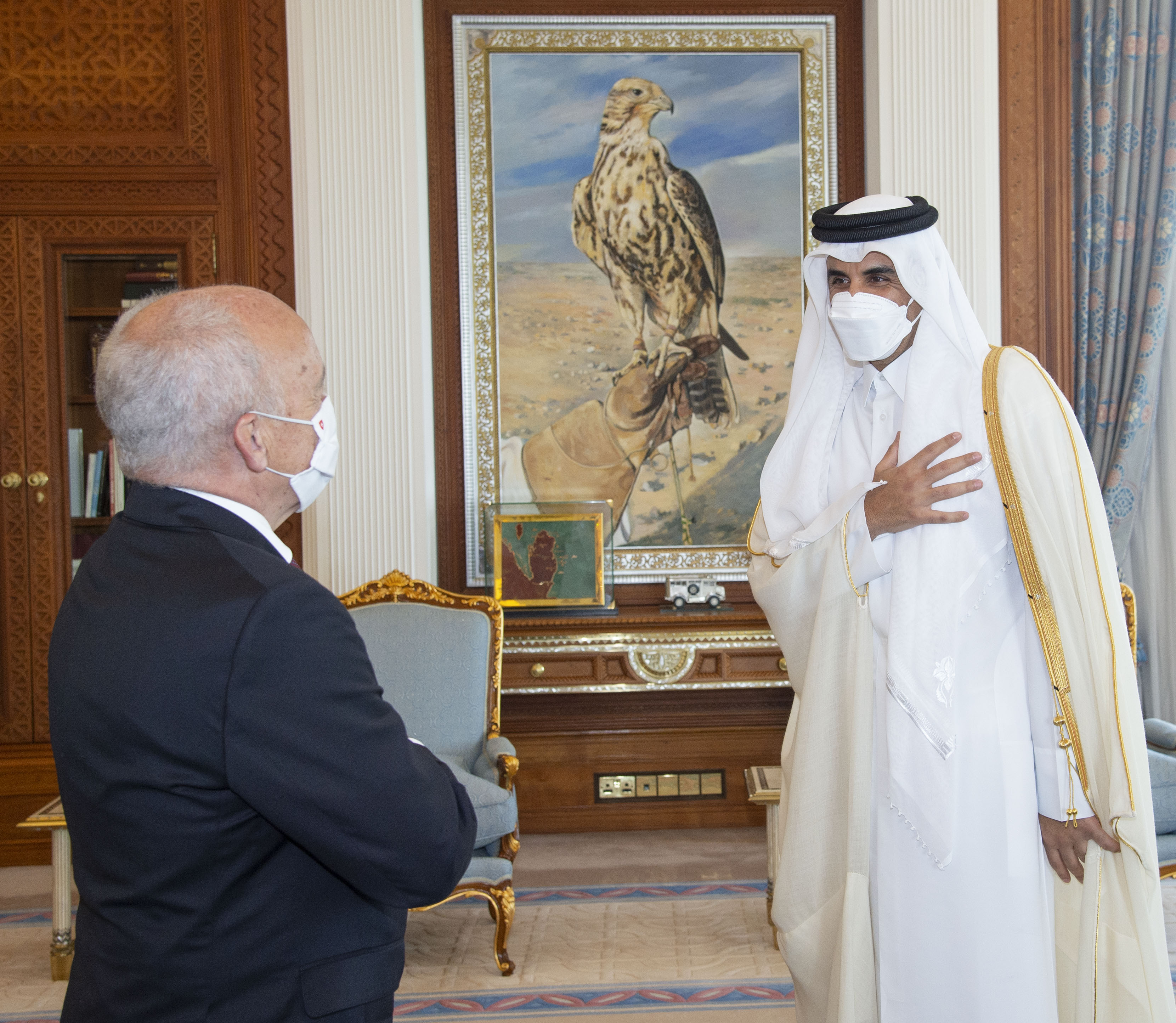 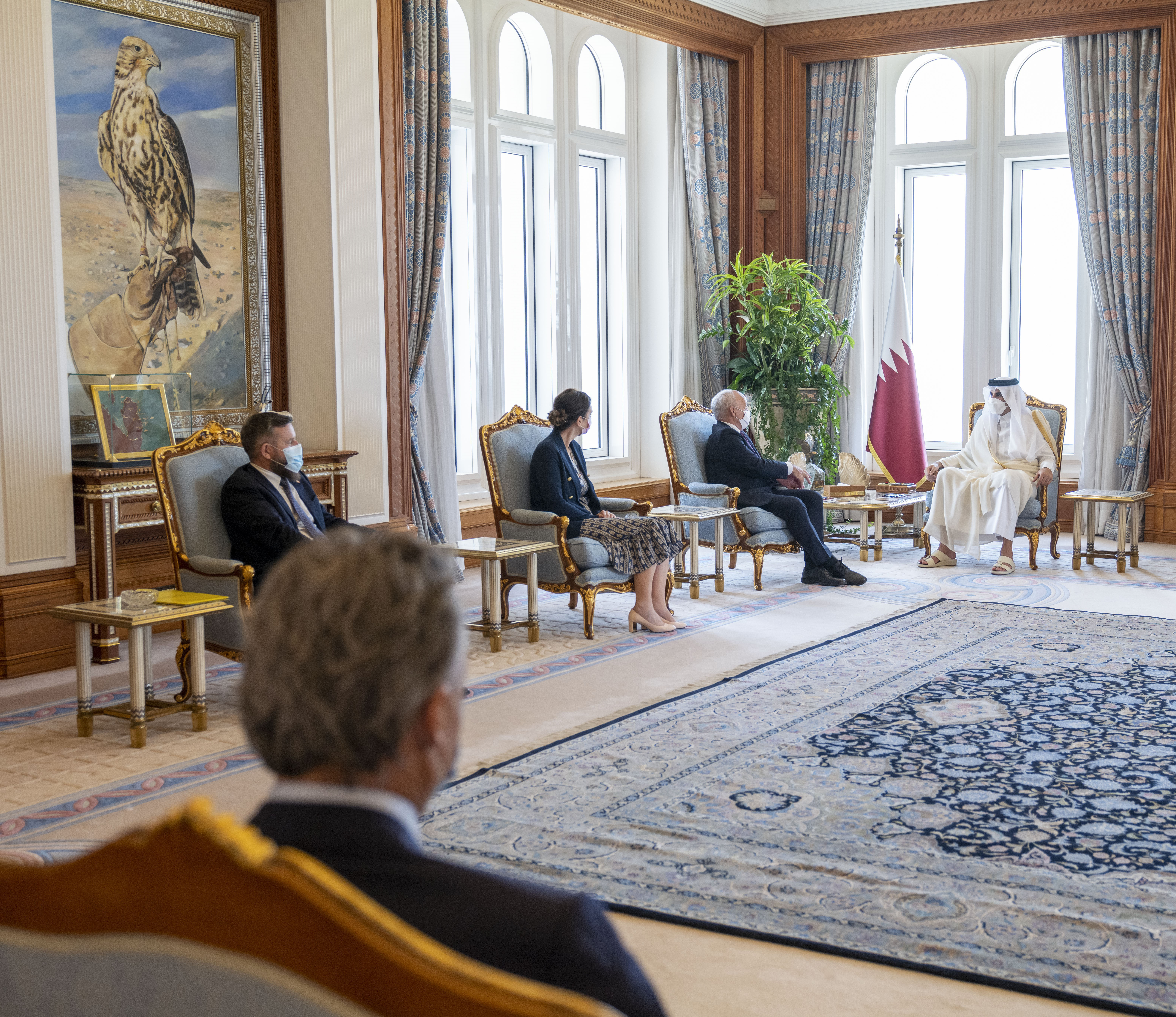 His Highness The Amir Sheikh Tamim bin Hamad Al Thani received at the Amiri Diwan Office on Monday morning HE Head of the Federal Department of Finance of the Swiss Confederation Ueli Maurer, and the accompanying delegation, who called upon HH The Amir to greet him on the occasion of their visit to the country.

During the meeting, they reviewed the existing cooperation relations between the two countries and prospects of enhancing and developing them especially in the fields of investment, finance and economy, in addition to a number of issues of mutual interest.

The meeting was attended from the Swiss side by HE State Secretary for International Finance Daniela Stoffel, HE Chairman of the Swiss Bankers Association (SBA) Herbert Scheidt, HE CEO of Credit Suisse Thomas Gottstein, HE CEO of Julius Baer Philipp Rickenbacher and HE CEO of UBS Group Ralph Hamers.