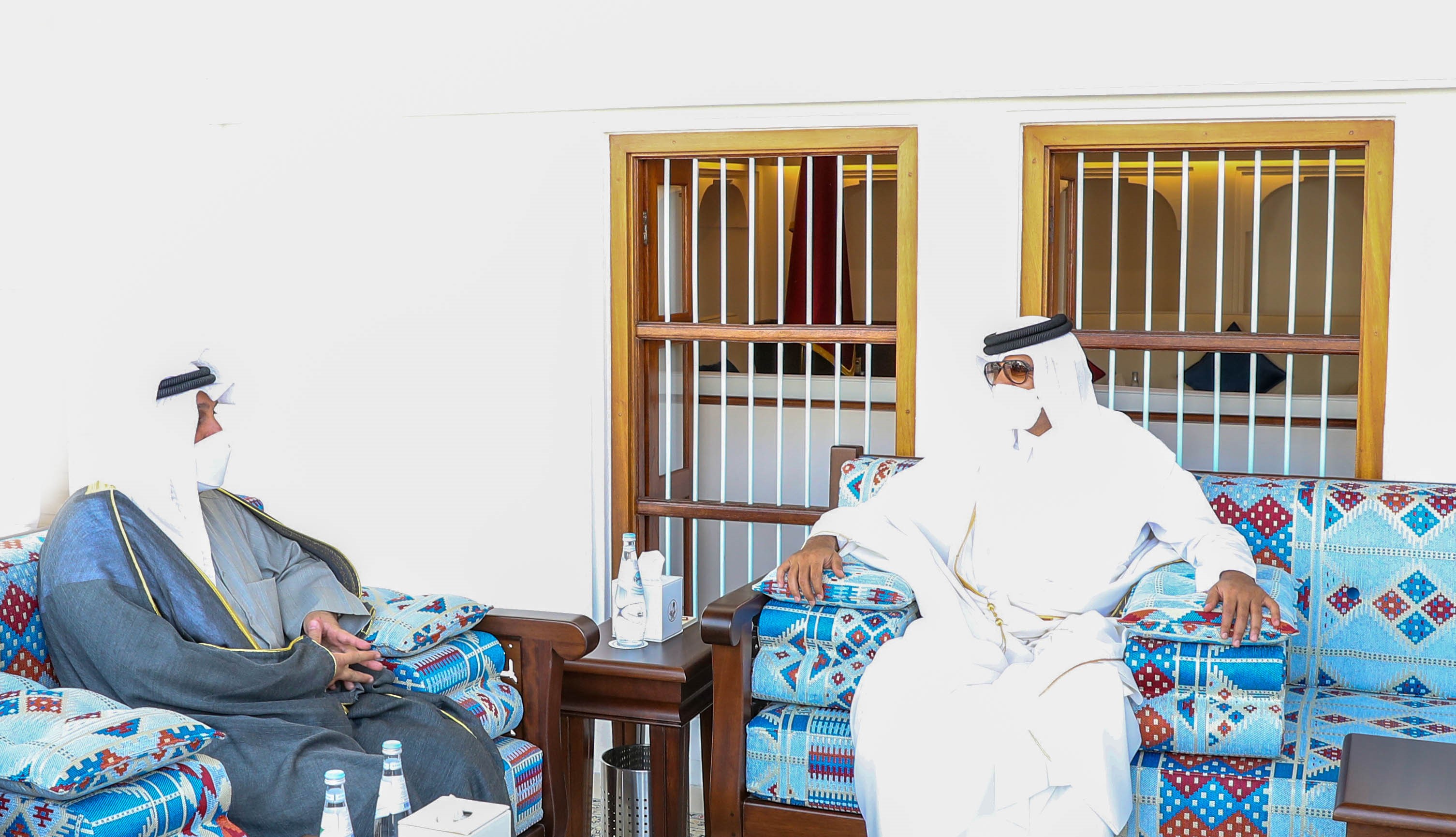 His Highness The Amir Sheikh Tamim bin Hamad Al Thani received this morning at the Amiri Diwan, HE Deputy Prime Minister and Defense Minister of the sisterly State of Kuwait Sheikh Hamad Jaber Al Ali Al Sabah and the accompanying delegation, on the occasion of his visit to the country to attend the inaugural ceremony of Sabah Al Ahmad Corridor that will be held this evening.

At the outset of the meeting, HE the Deputy Prime Minister and Defense Minister of Kuwait conveyed the greetings of HH the Amir of the sisterly State of Kuwait Sheikh Nawaf Al Ahmad Al Jaber Al Sabah to HH The Amir, and his thanks for naming the "Sabah Al Ahmad corridor" after the HH the late Amir Sheikh Sabah Al Ahmad Al Jaber Al Sabah, wishing His Highness success, and the Qatari people continuous progress and prosperity.

For his part, HH The Amir entrusted HE Sheikh Hamad Jaber Al Ali Al Sabah to convey his greetings to HH the Amir of the State of Kuwait, wishing him good health and wellness, and the Kuwaiti people continuous progress and development.

During the meeting, they reviewed the strong brotherly relations and the means of developing and enhancing them.