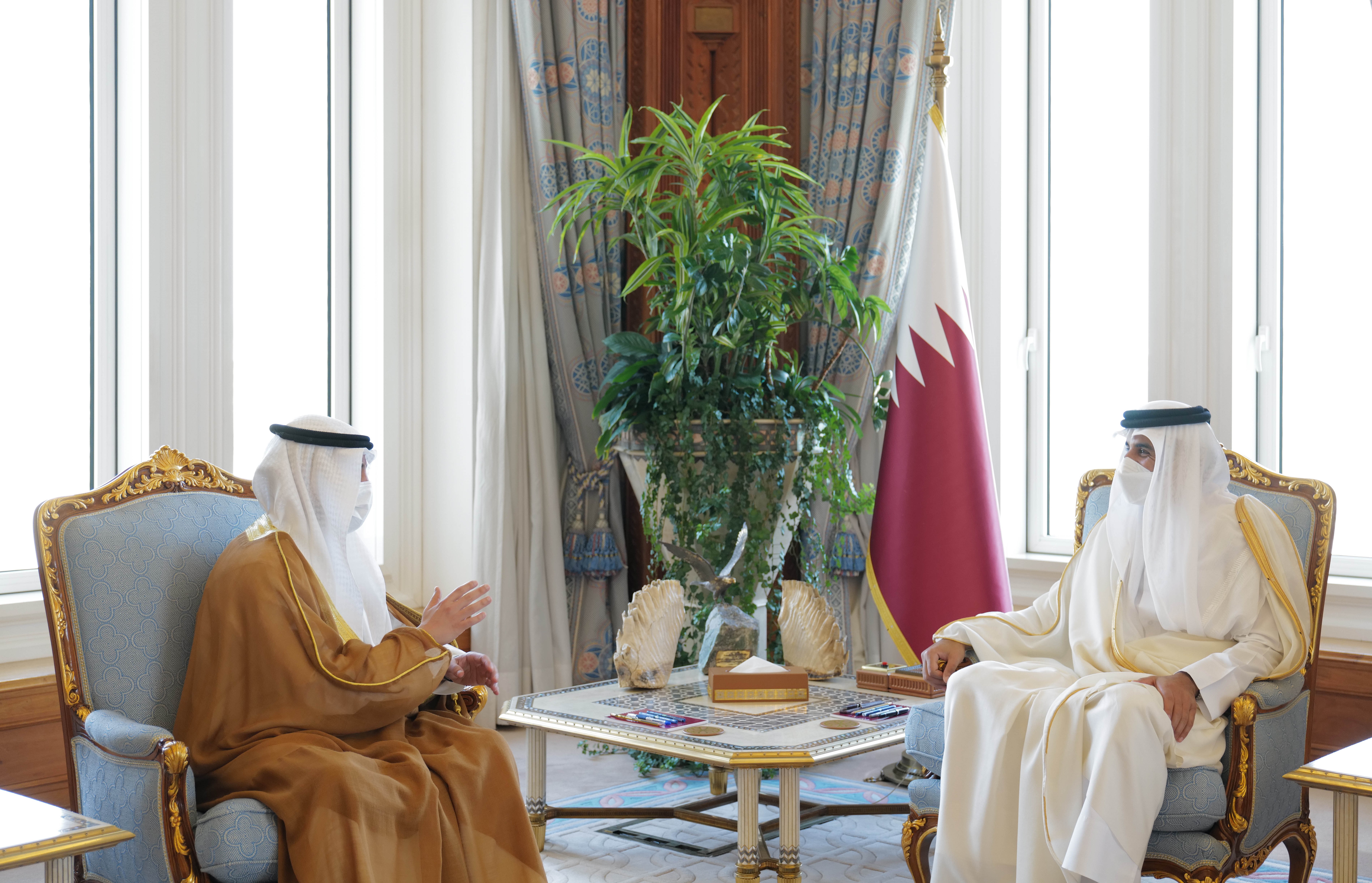 His Highness The Amir Sheikh Tamim bin Hamad Al Thani received today a message from HH the Amir of the state of Kuwait Sheikh Nawaf Al Ahmad Al Jaber Al Sabah dealing with the strong brotherly relations between the two countries and the means of boosting and enhancing them, in addition to the most prominent regional and international developments.

The message was conveyed by HE the Speaker of the National Assembly of the State of Kuwait Marzouq Ali Al Ghanim, during his meeting with HH The Amir at his office in the Amiri Diwan this morning.

At the outset of the meeting, HE the Speaker of the Kuwaiti National Assembly conveyed the greetings of HH the Amir of the state of Kuwait, Sheikh Nawaf Al Ahmad Al Jaber Al Sabah to HH The Amir, wishing him success and the Qatari people further progress and prosperity.

For his part, HH The Amir entrusted HE Speaker of the Kuwaiti National Assembly to convey his greeting to HH the Amir of Kuwait, wishing him health and the Kuwaiti people further progress and development.

The meeting was attended by HE the Speaker of the Shura Council Ahmed bin Abdullah bin Zaid Al Mahmoud.