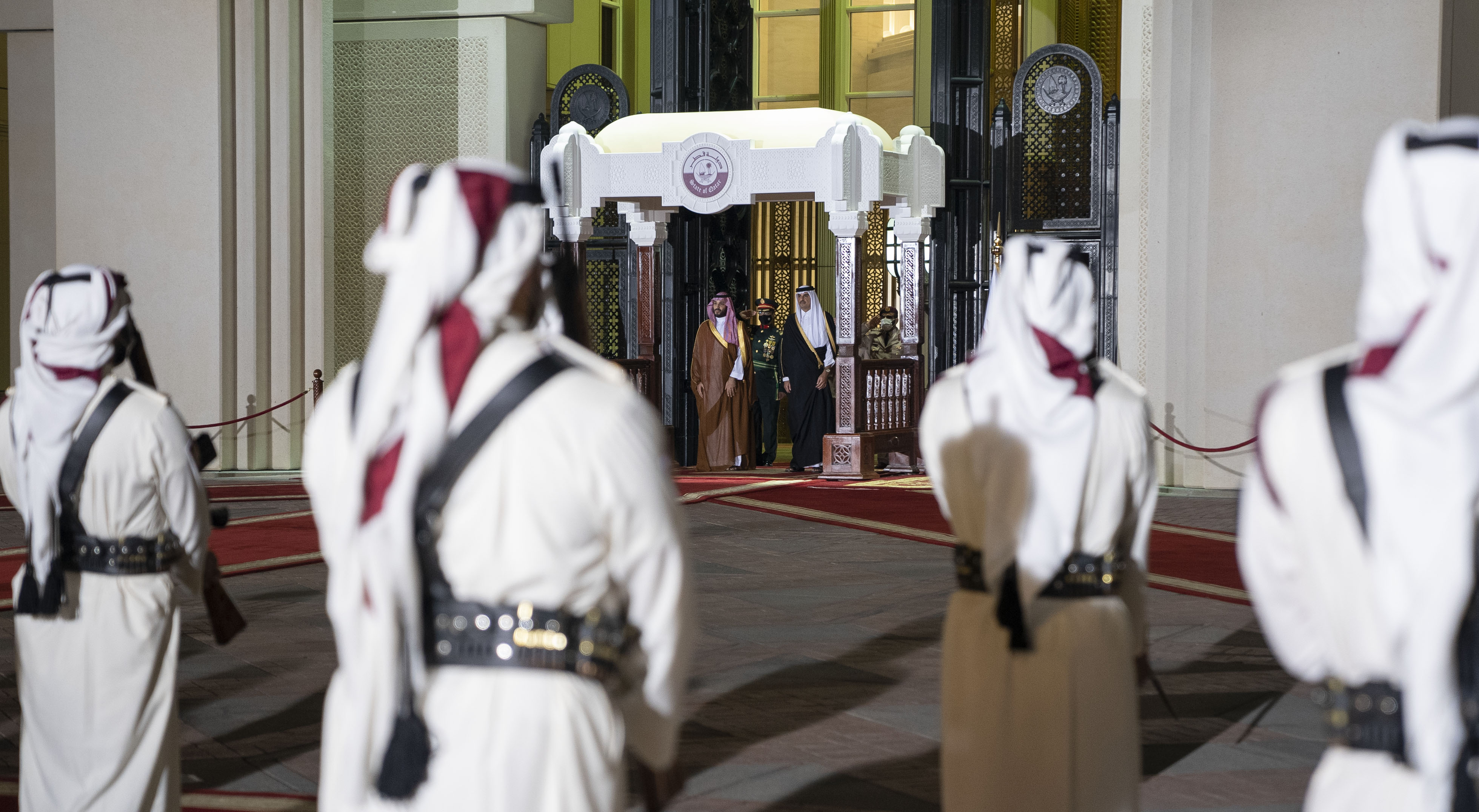 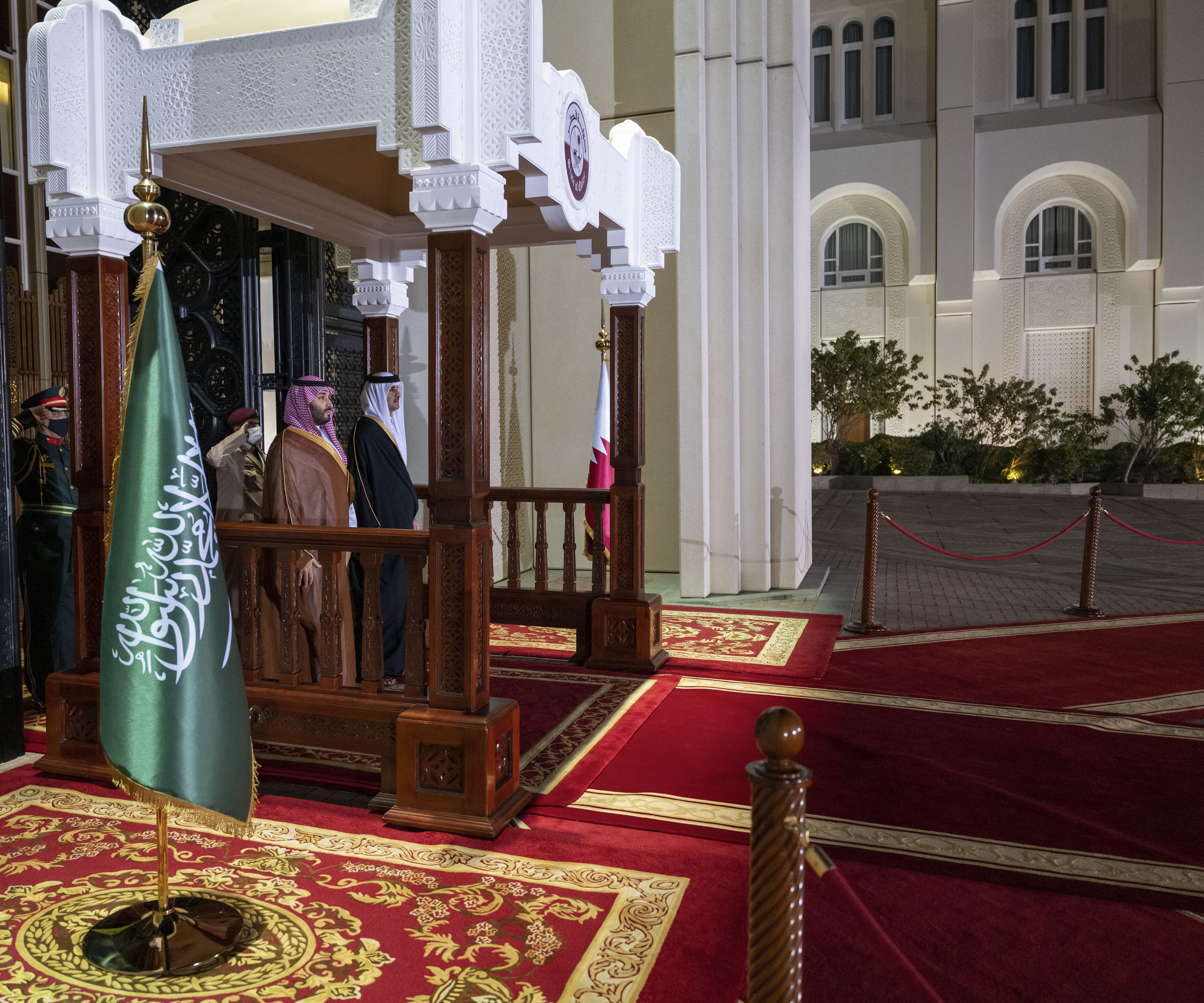 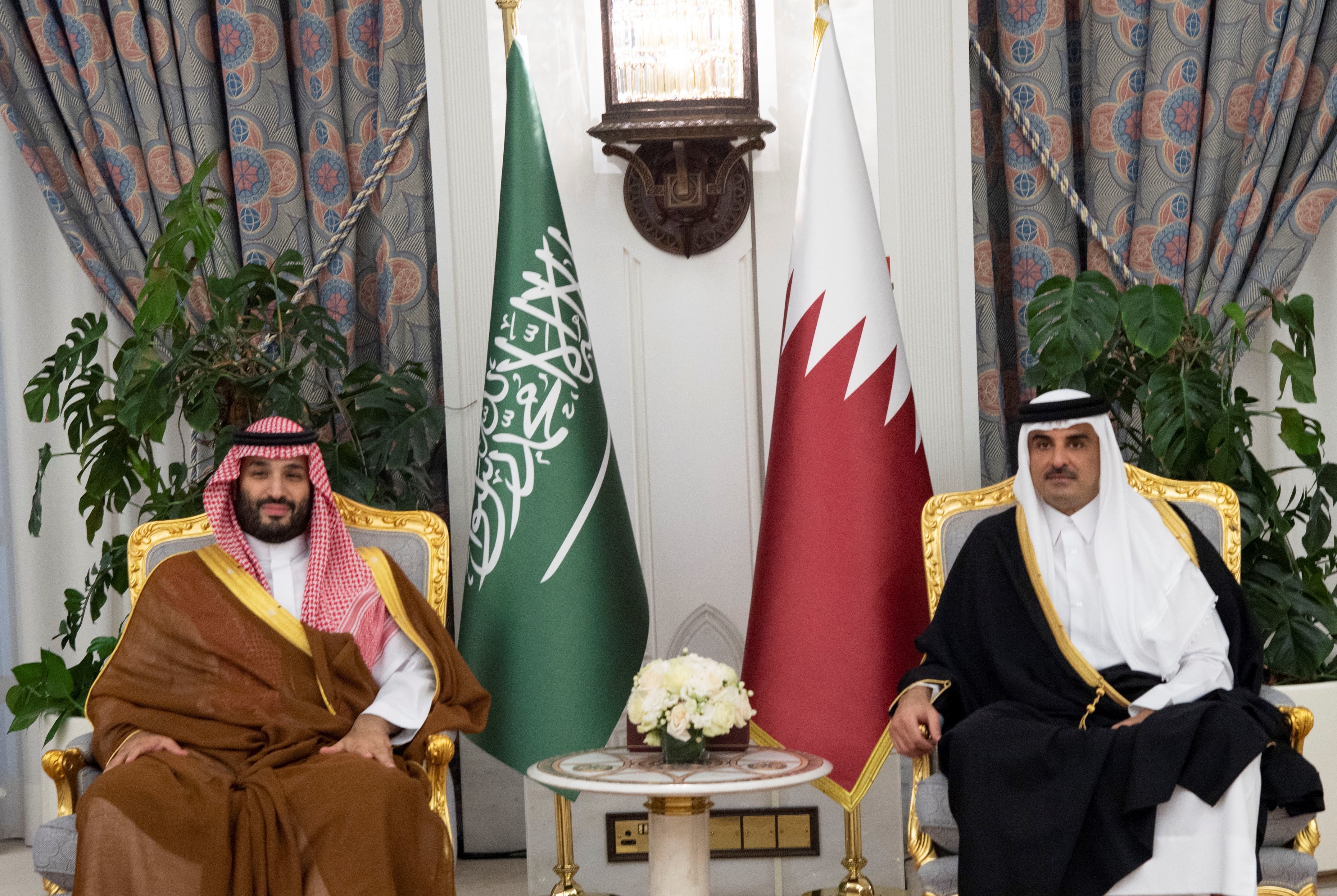 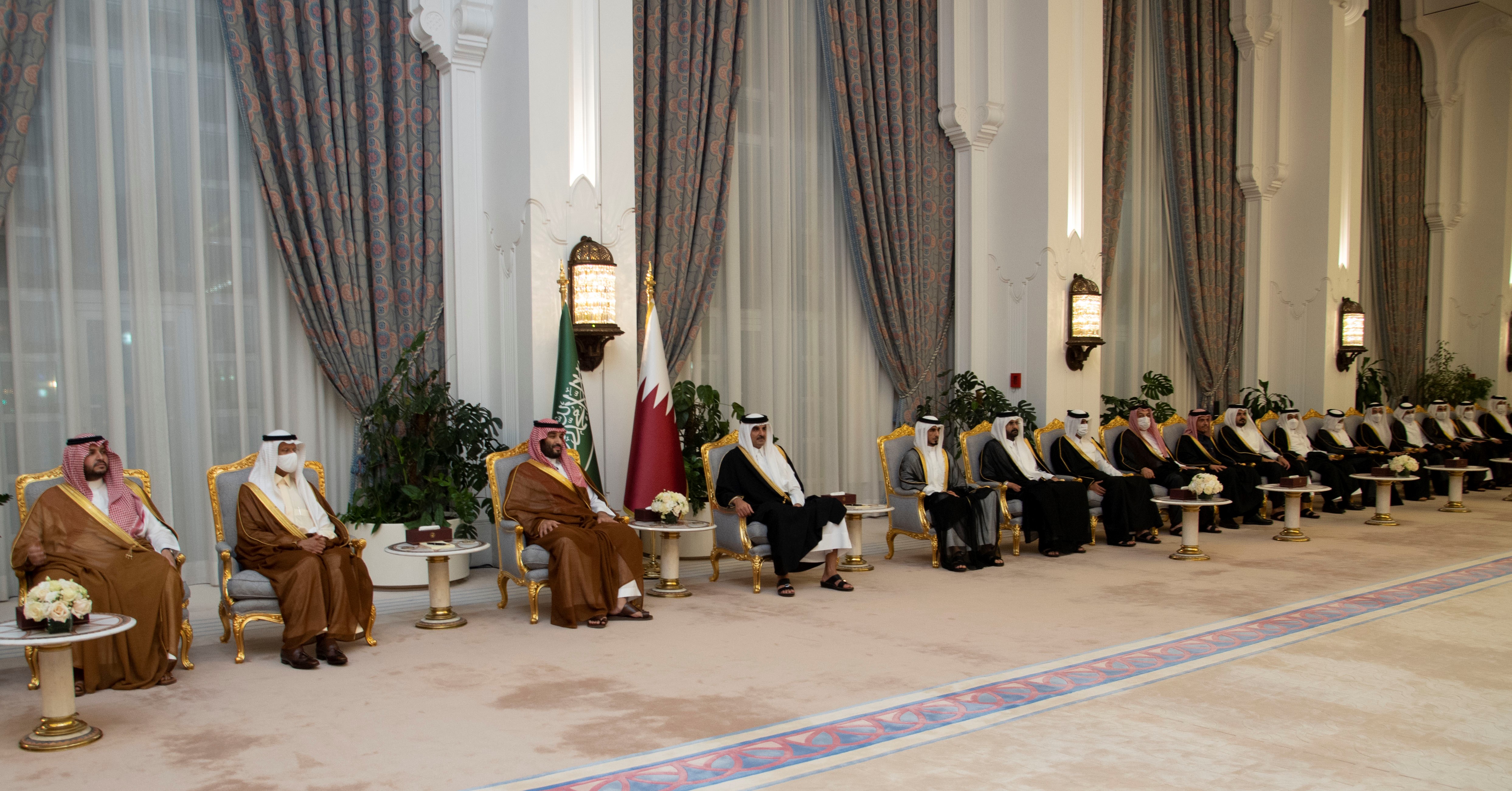 The meeting, which took place at the Amiri Diwan this evening, also dealt with ways to support and enhance joint Gulf action to achieve security and stability in the region, in addition to discussing the most prominent regional and international developments of joint interest.

During the meeting, HRH Prince Mohammed bin Salman conveyed the greetings of the Custodian of the Two Holy Mosques, King Salman bin Abdulaziz Al Saud of the sisterly Kingdom of Saudi Arabia to HH the Amir, and his wishes of good health and happiness for His Highness, and for the Qatari people continued progress and prosperity.

For his part, HH the Amir entrusted HRH the Crown Prince with his wishes of good health and wellness to the Custodian of the Two Holy Mosques, and for further prosperity and progress to the brotherly Saudi people.

On the Saudi side, it was attended by Their Royal Highnesses and Their Excellencies Princes and ministers, members of the official delegation accompanying HH the Crown Prince.