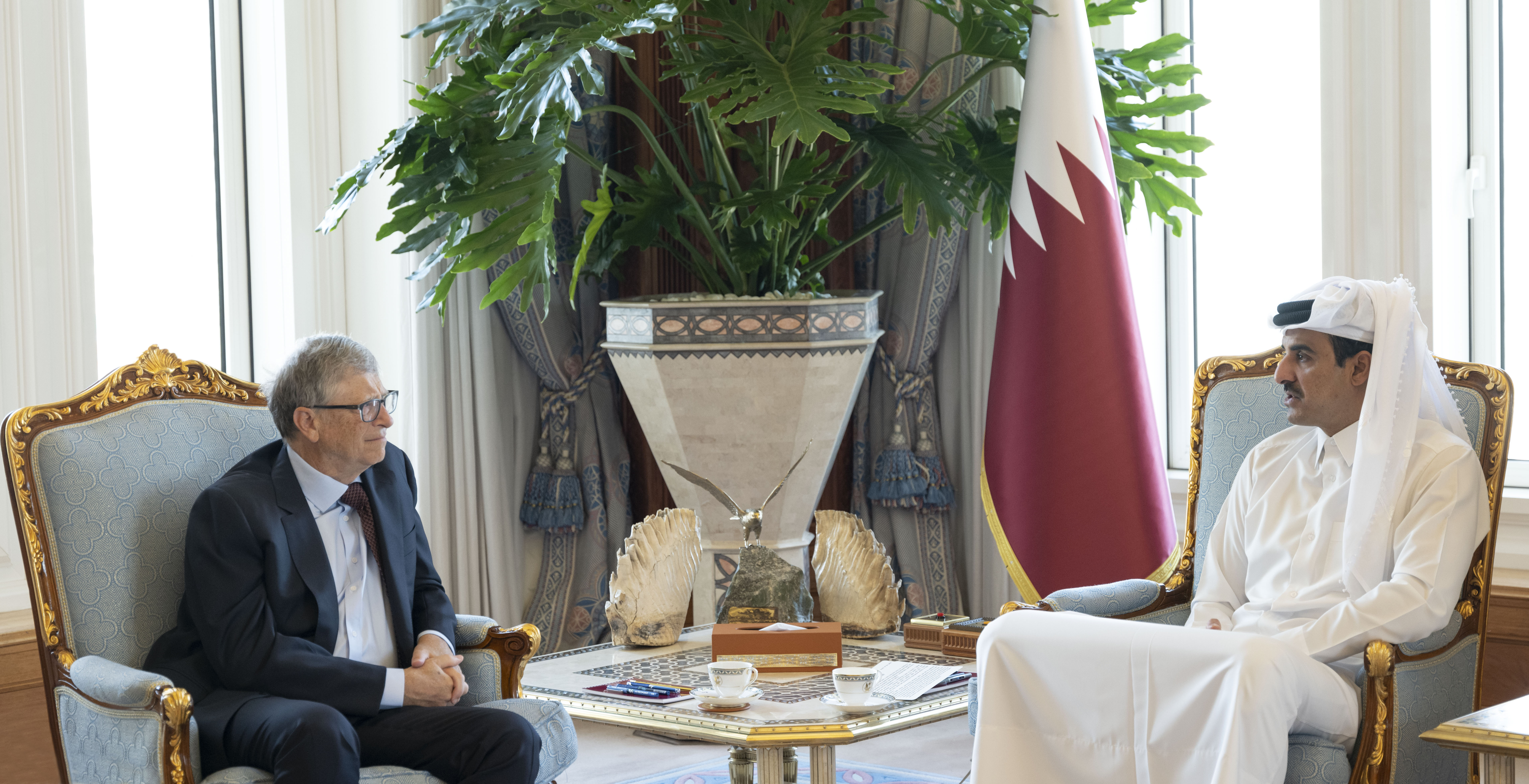 His Highness The Amir Sheikh Tamim bin Hamad Al Thani received at the Amiri Diwan Office this morning, HE Co-founder of Microsoft and Co-chair of the Bill & Melinda Gates Foundation Bill Gates, who called on His Highness to greet him on the occasion of his visit to the country.

At the outset of the meeting, Bill Gates expressed his thanks and appreciation to HH The Amir for the efforts of the State of Qatar in the humanitarian and development action worldwide, especially the humanitarian efforts in support of the Afghan people.

During the meeting, they discussed the existing cooperation relations and the prospects for developing them, in addition to several topics of common interest.