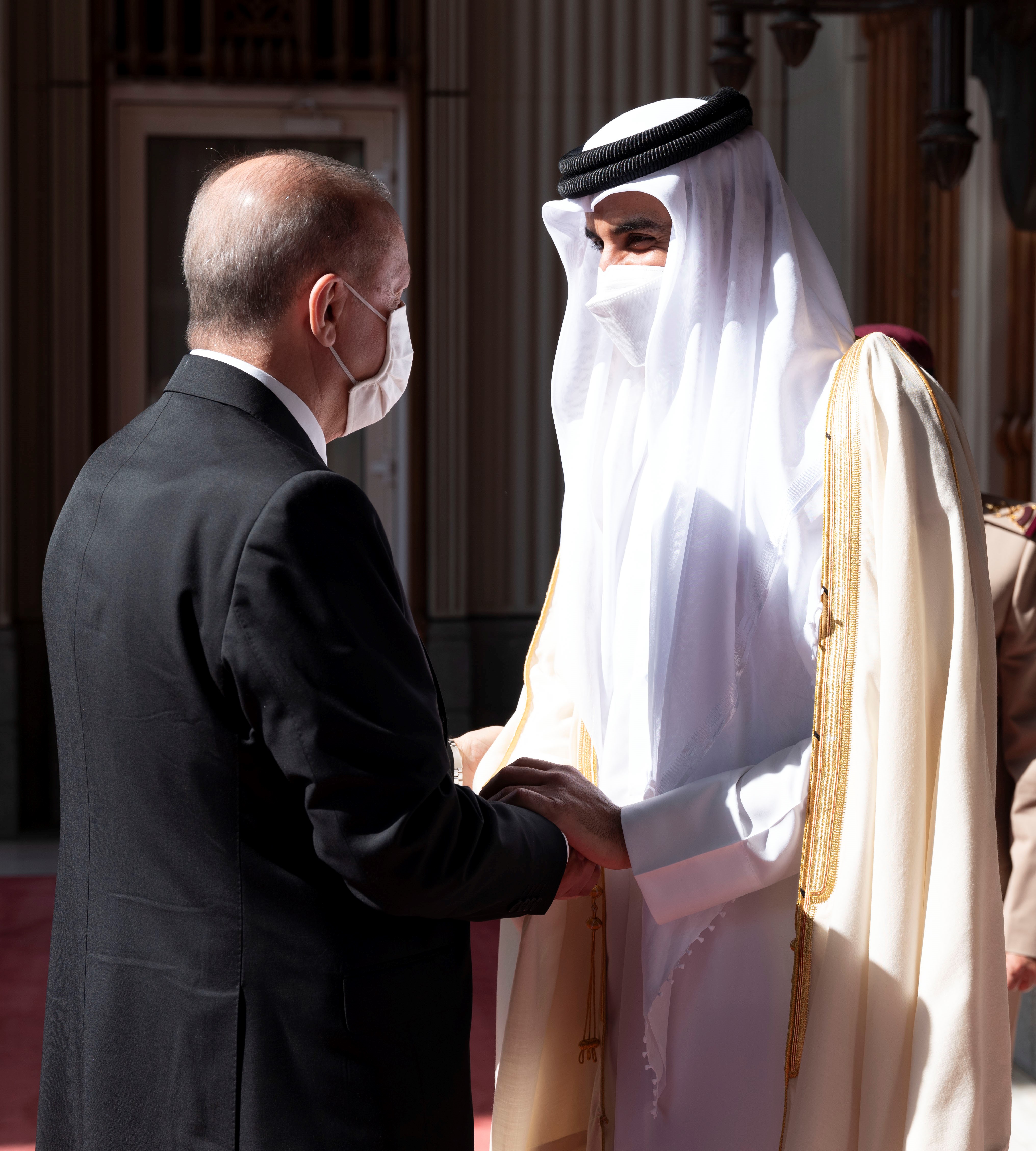 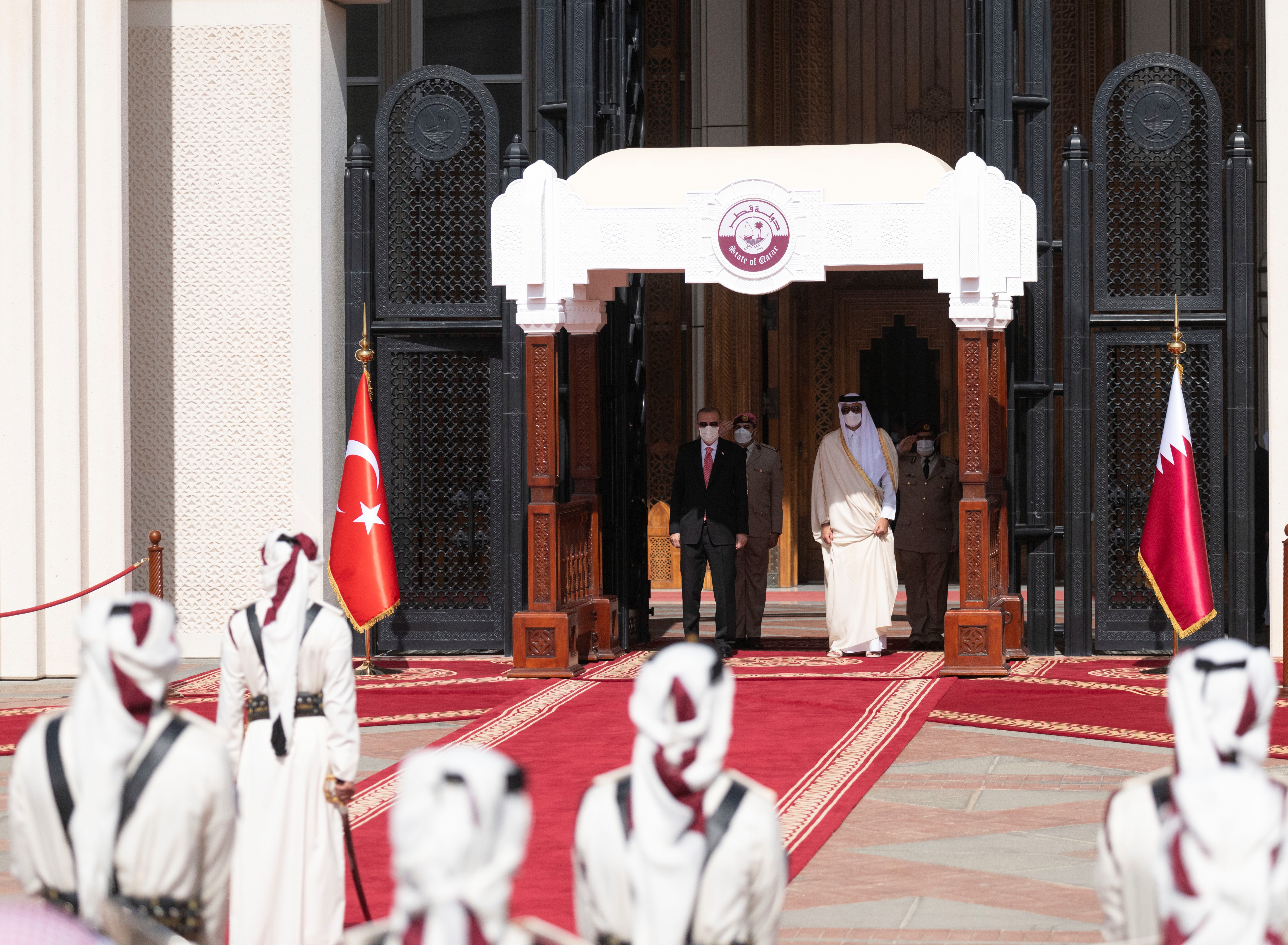 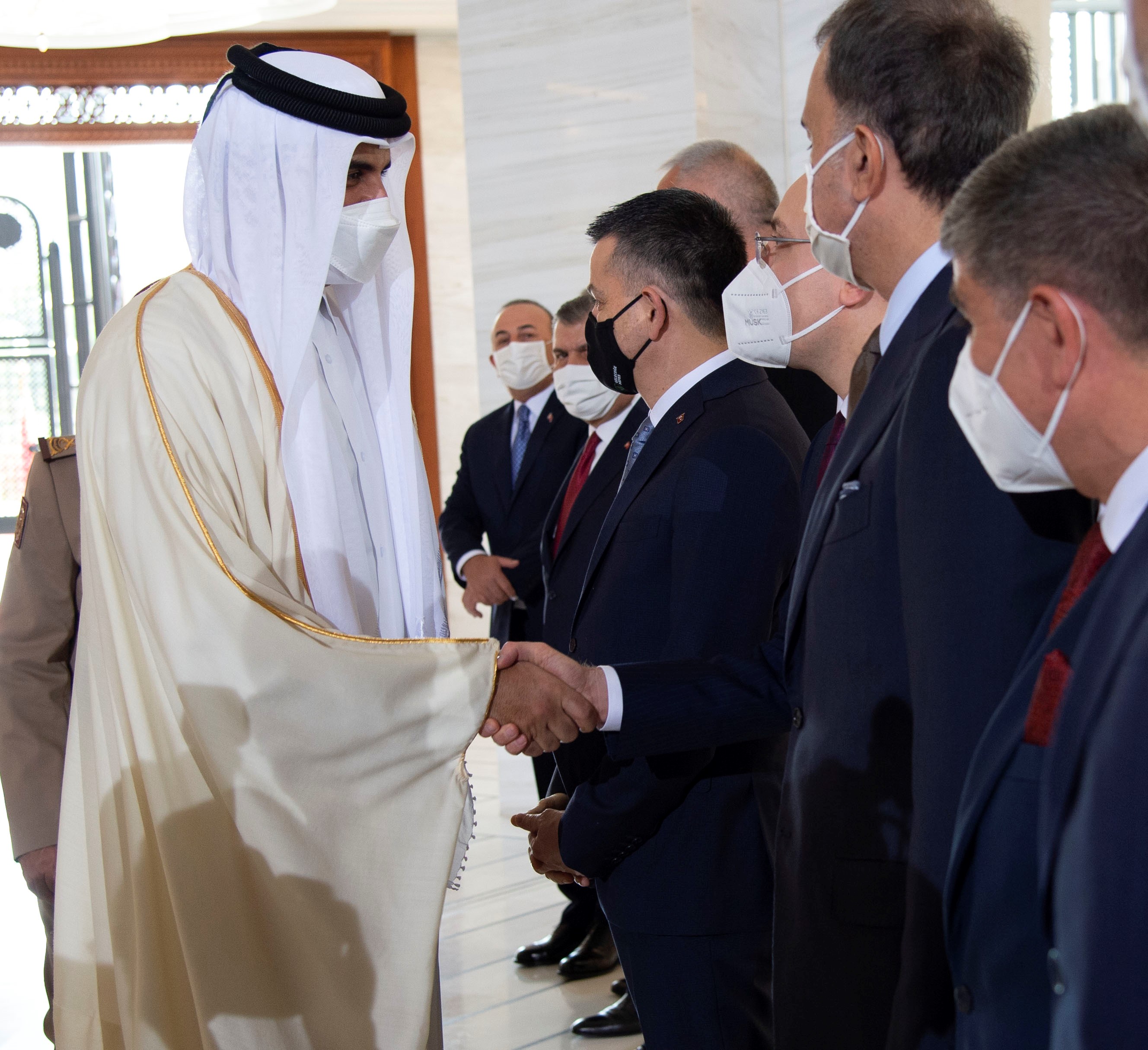 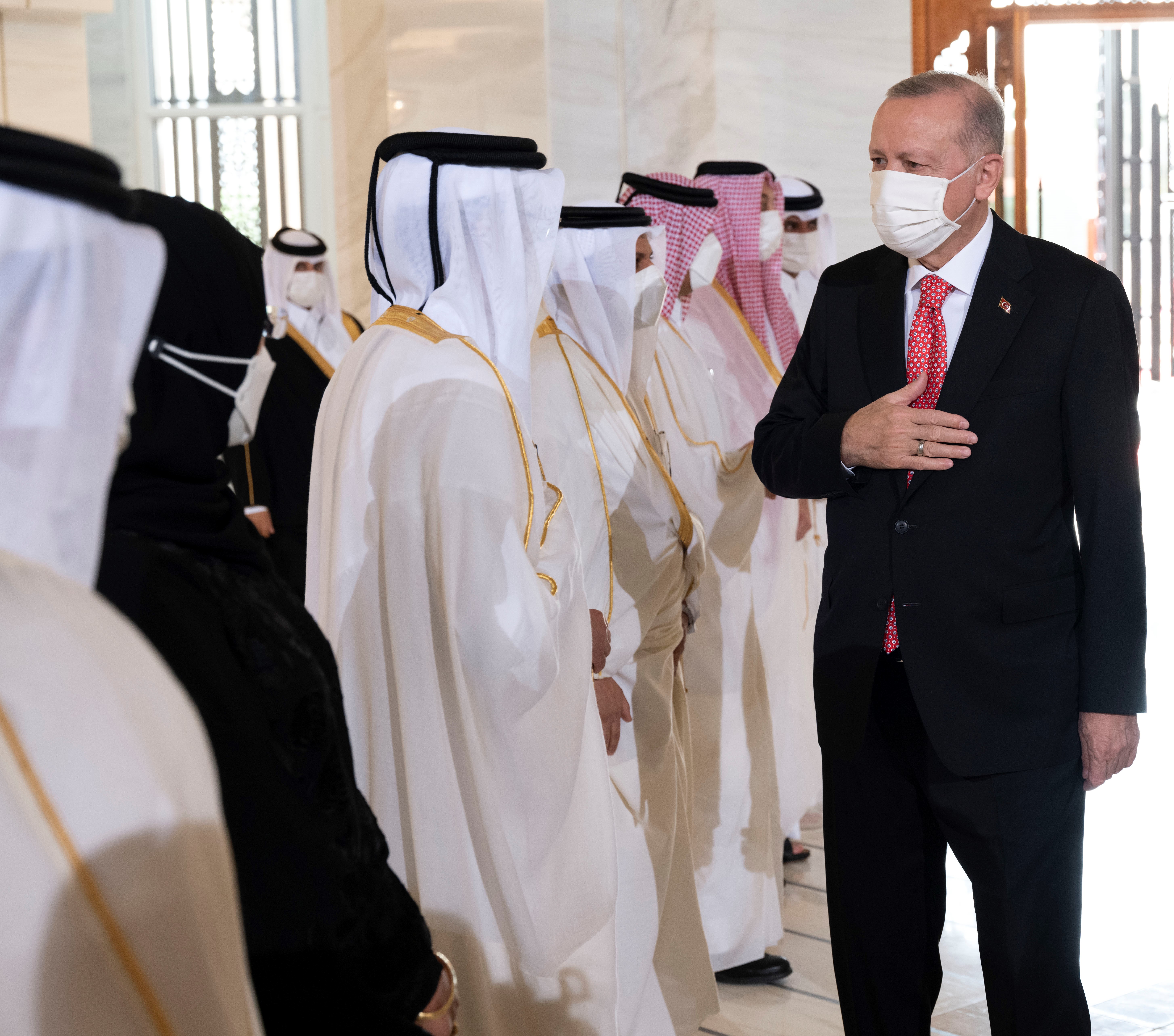 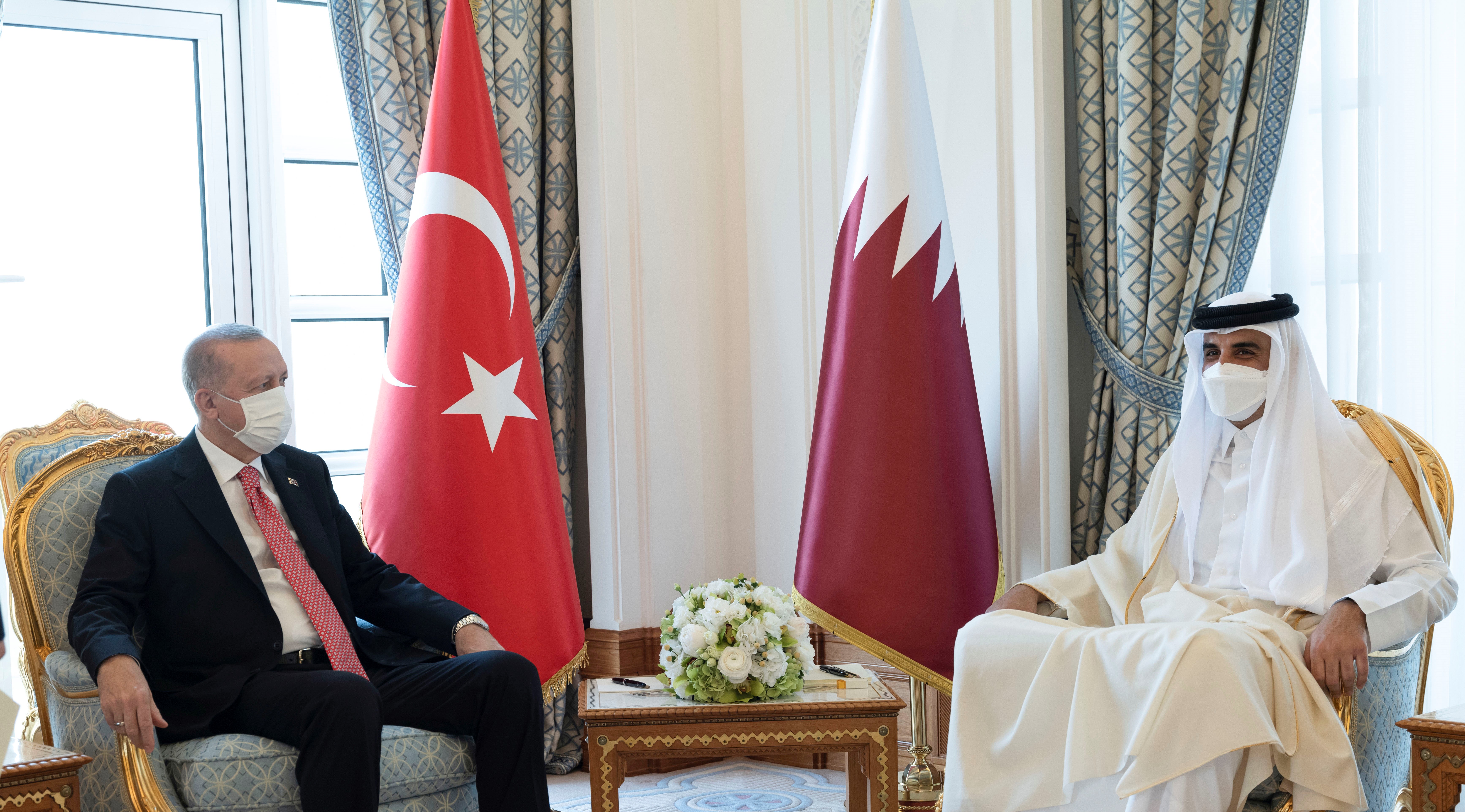 At the beginning of the meeting, HH The Amir welcomed HE the Turkish President, and the accompanying delegation. HH the Amir noted the importance of the Supreme Strategic Committee sessions and the meetings of the two countries' officials in consolidating the Qatari-Turkish strategic partnership, hoping that the agreements that will be signed between the two sides contribute to achieving the interests of the two brotherly peoples in various fields

For his part, HE the Turkish President expressed his thanks and appreciation to HH the Amir for the warm reception and hospitality he and the accompanying delegation received. His Excellency stressed that this session will enhance the existing joint cooperation between the two countries in various areas of partnership.

His Excellency invited HH the Amir for the 8th session of the Supreme Strategic Committee between the two countries which will be held in Turkey next year.

During the meeting, HH the Amir and HE the Turkish President discussed ways to consolidate and develop the strategic cooperation relations between Qatar and Turkey and the prospects for enhancing them at various levels, especially in the economy, investment, industry, defense, and security, endowments, media, culture, and sports fields.

HH The Amir and HE the Turkish President had held a bilateral meeting, during which they exchanged views on the latest regional and international situations of common interest.

The session was attended by HE the Prime Minister and Minister of Interior Sheikh Khalid bin Khalifa bin Abdulaziz Al Thani and a number of Their Excellencies the Ministers.

On the Turkish side, the session was attended by Their Excellencies the Ministers, and members of the official delegation accompanying HE the President.

An official reception ceremony was held for HE the Turkish President.