HH The Amir, President of Turkey Witness Signing of Agreements, Memoranda of Understanding and Closing Statement 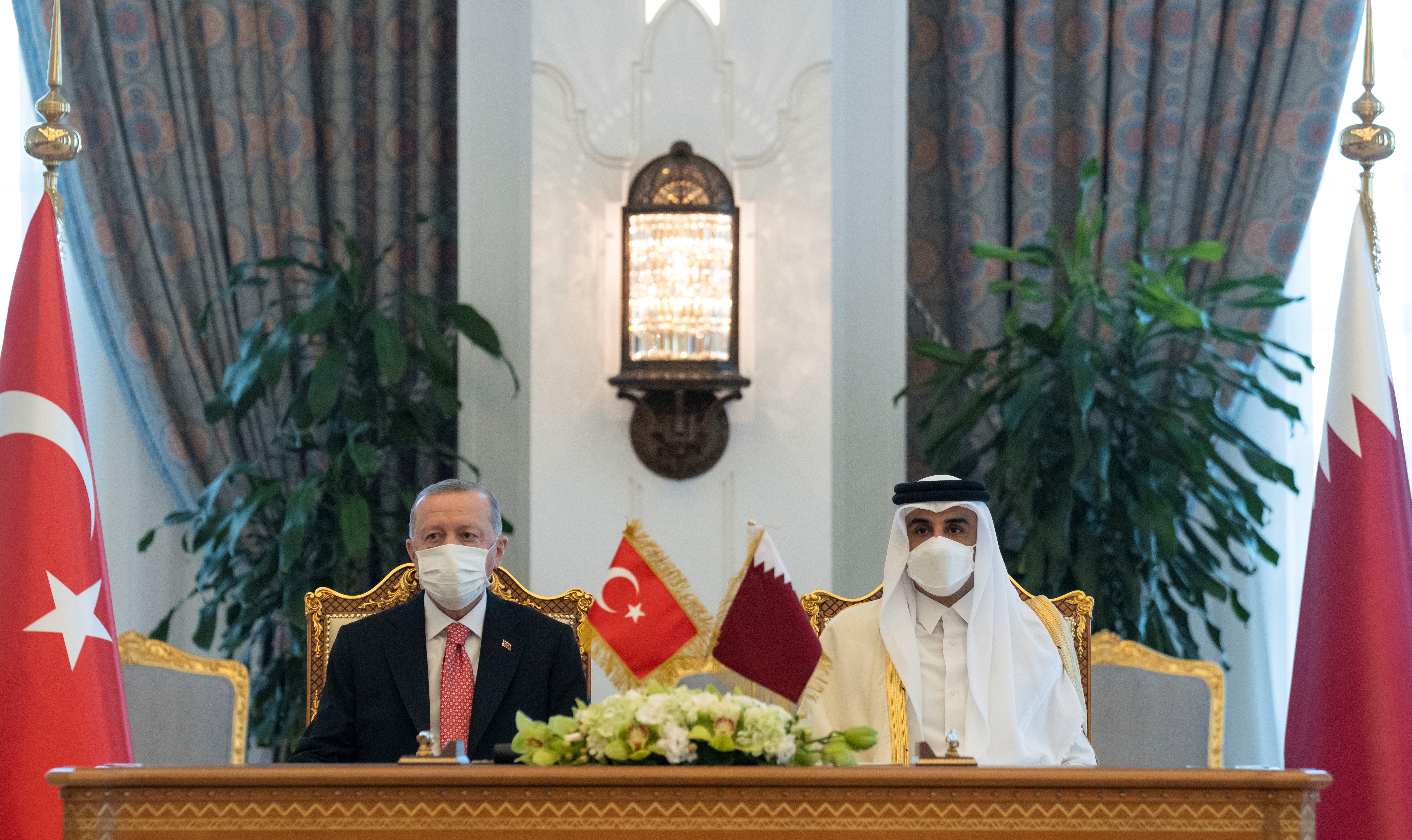 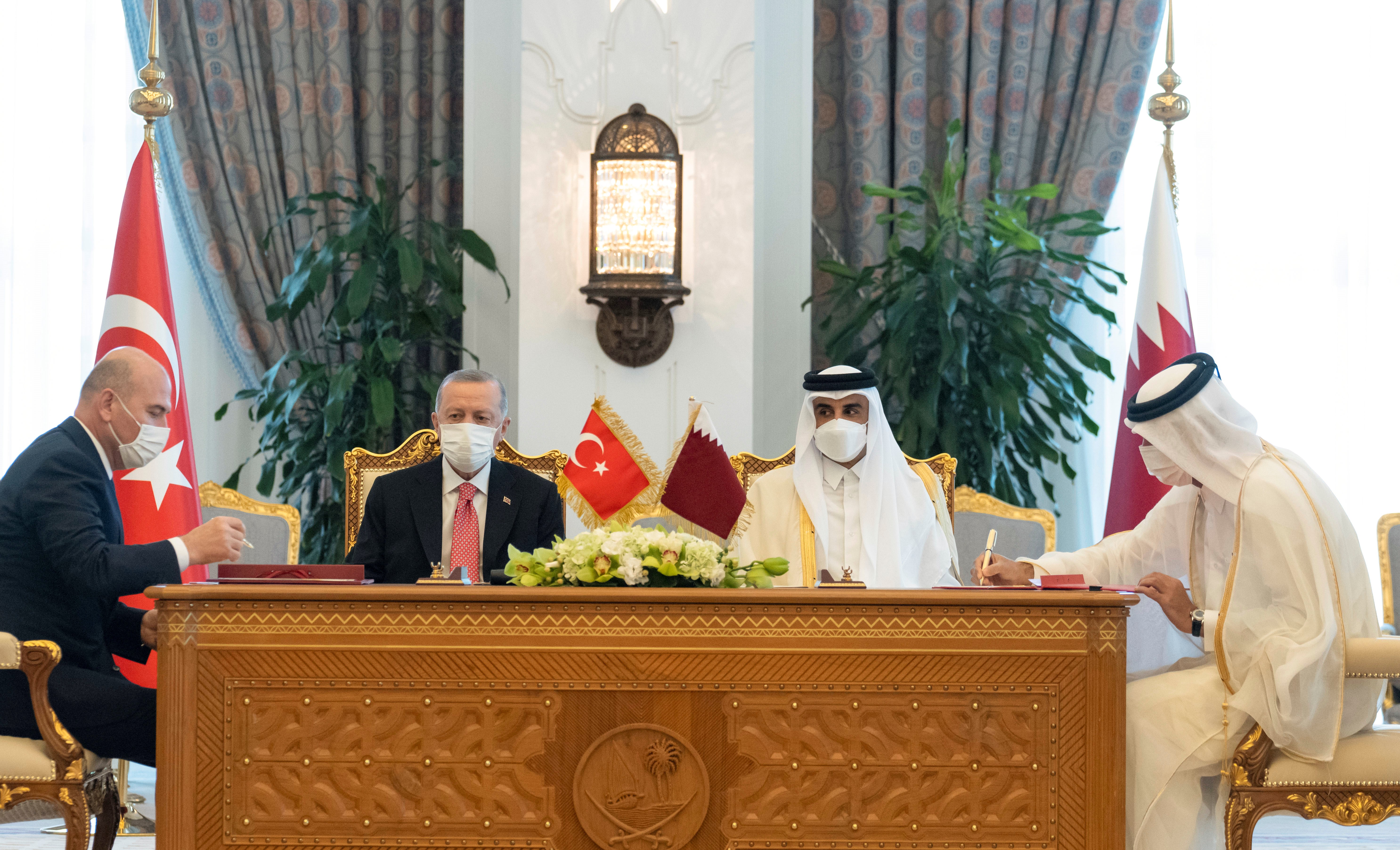 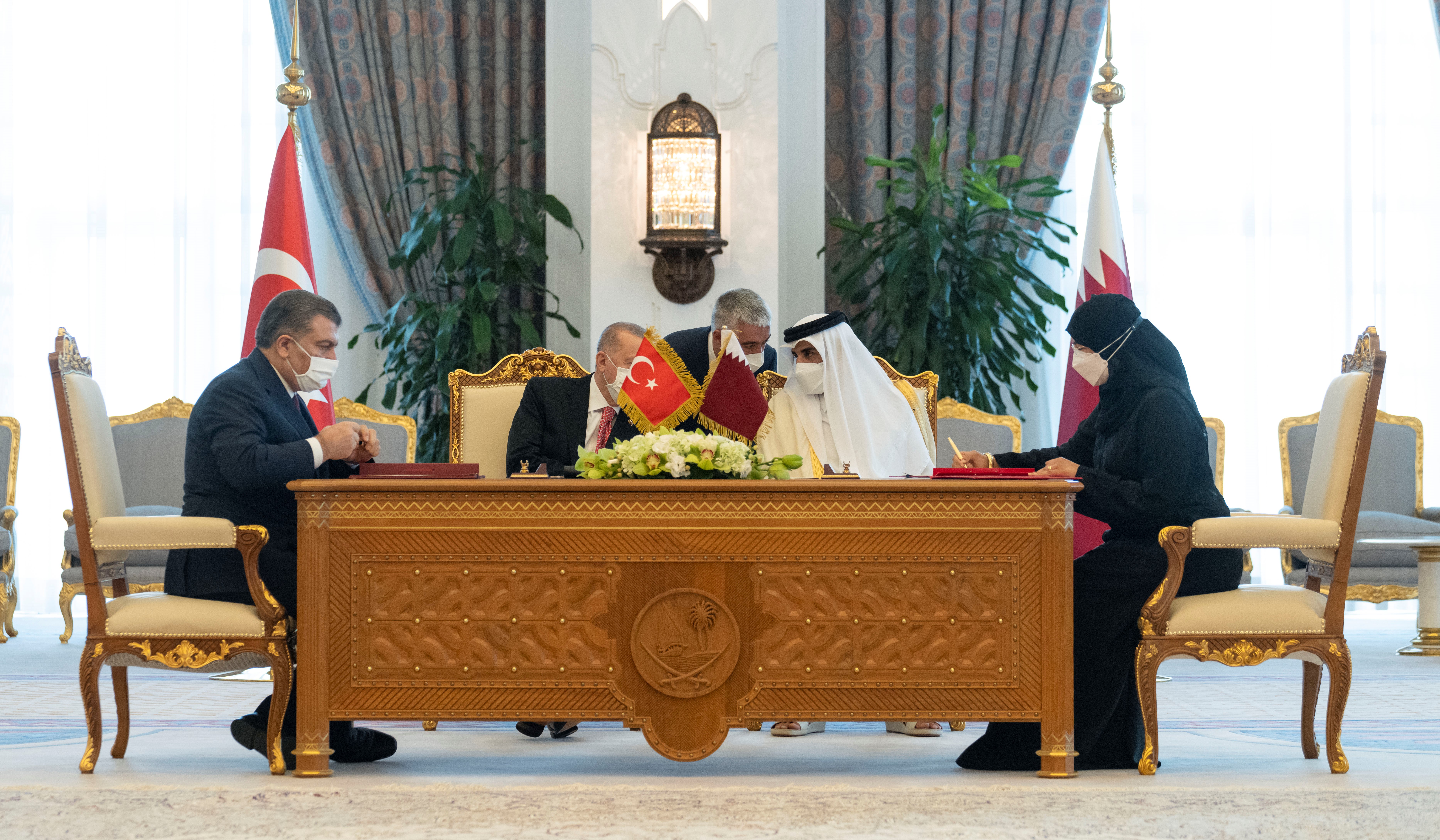 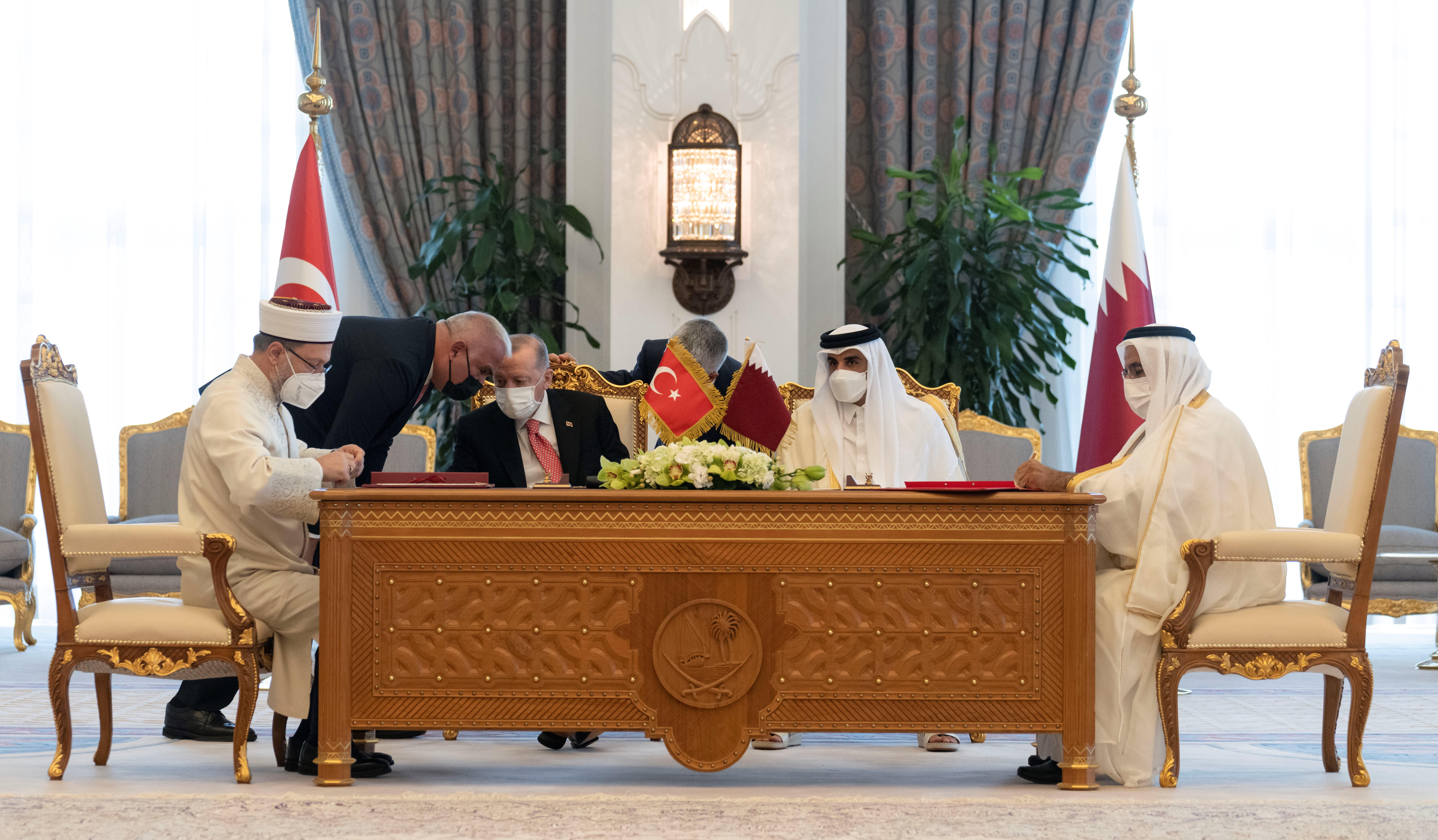 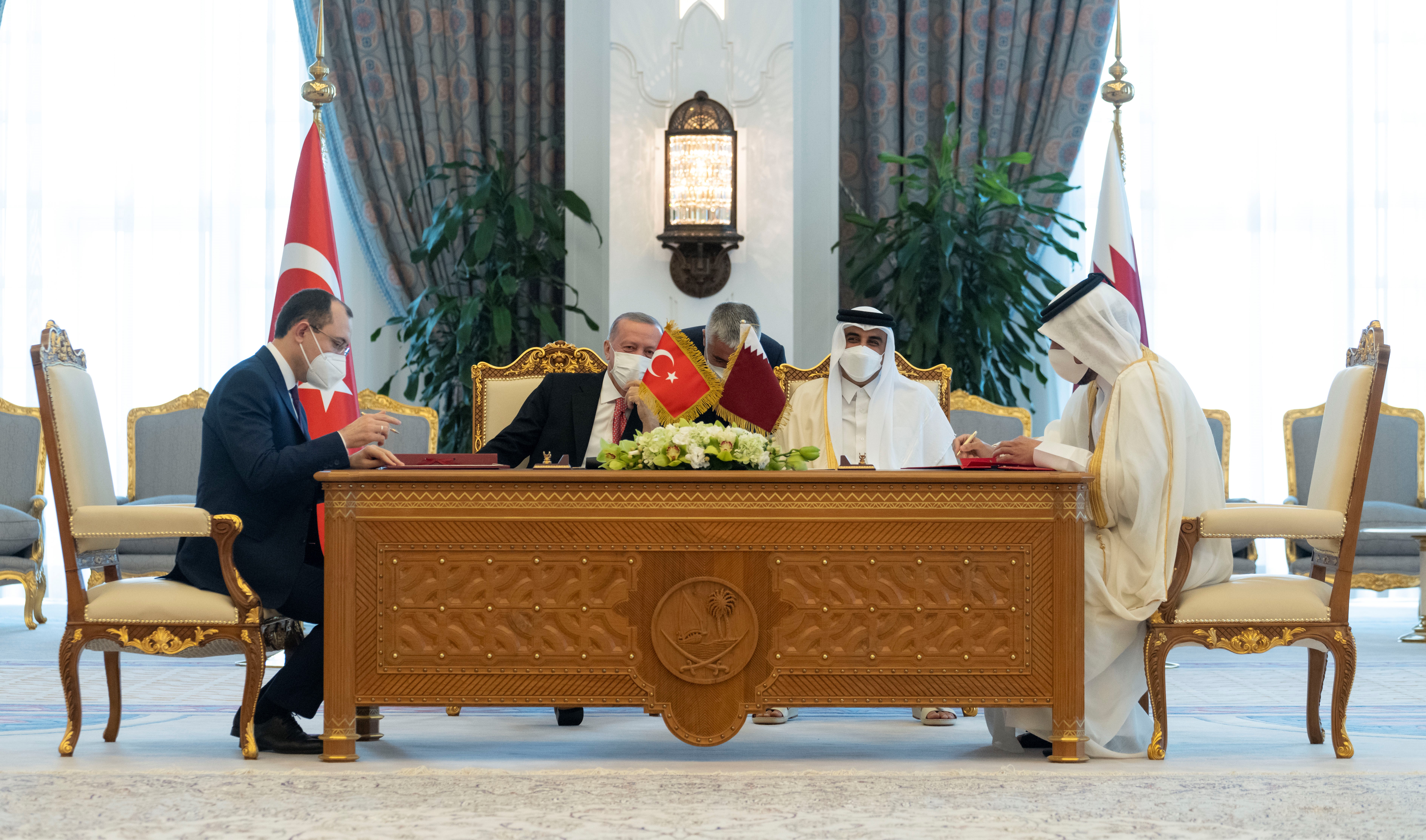 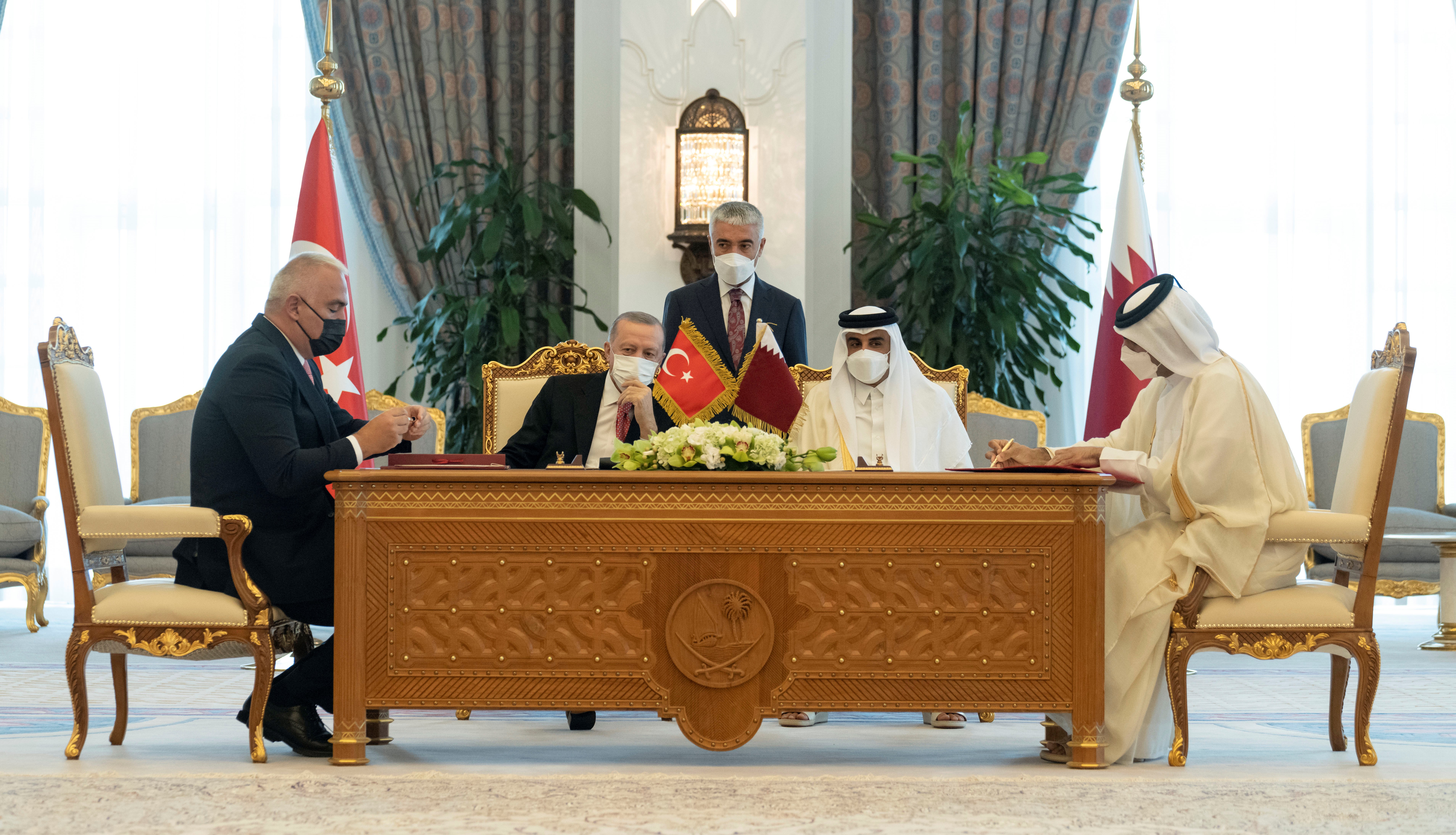 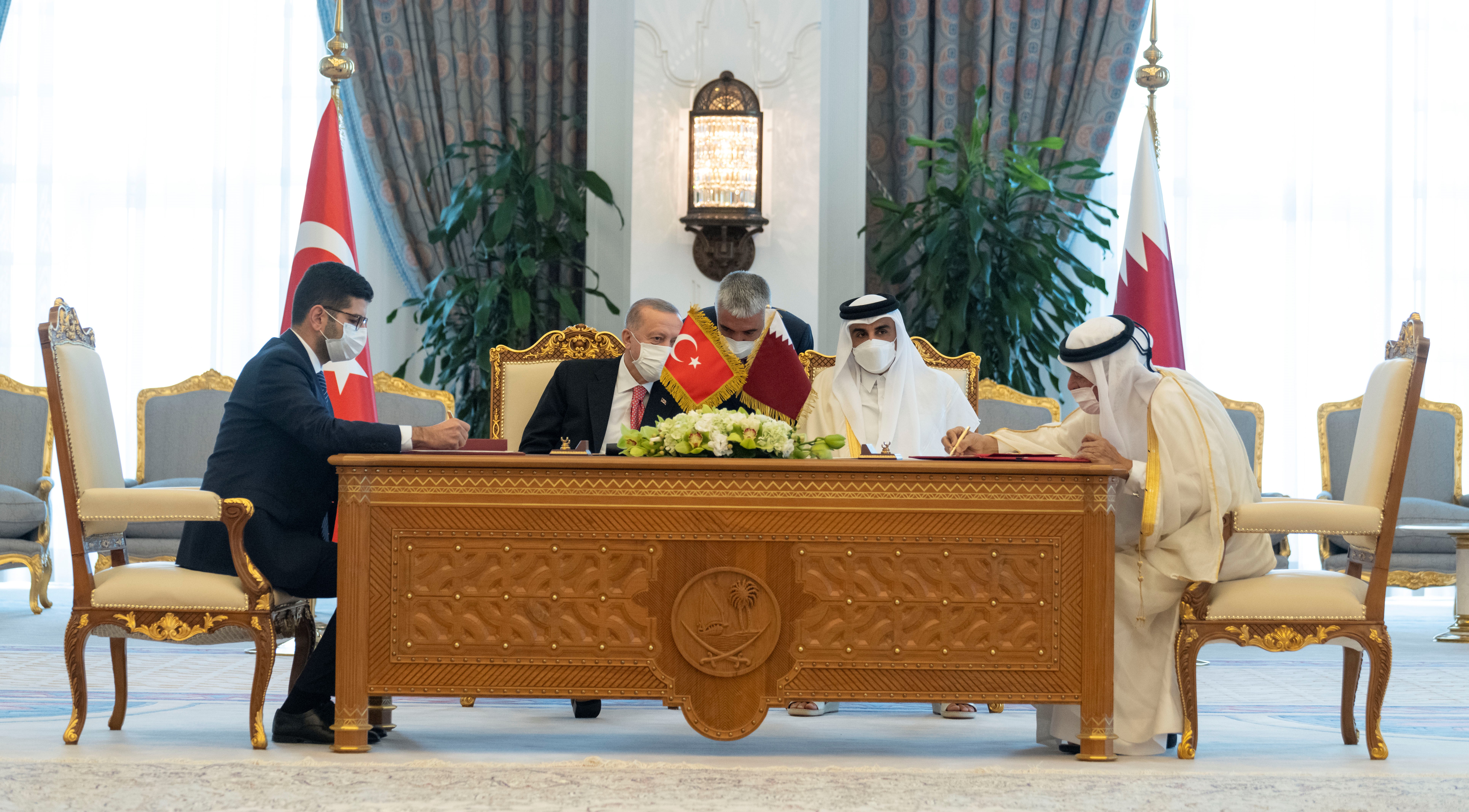 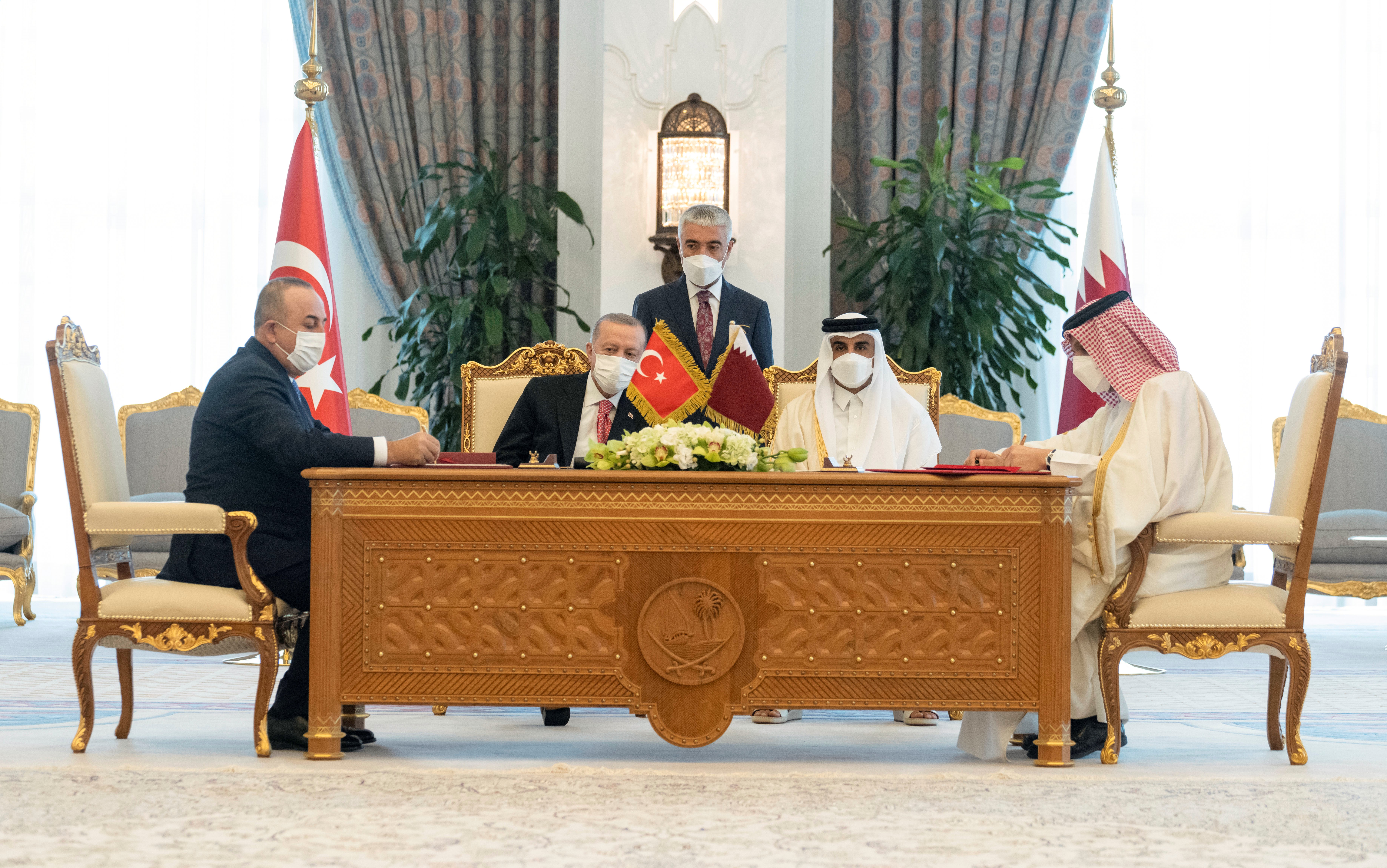 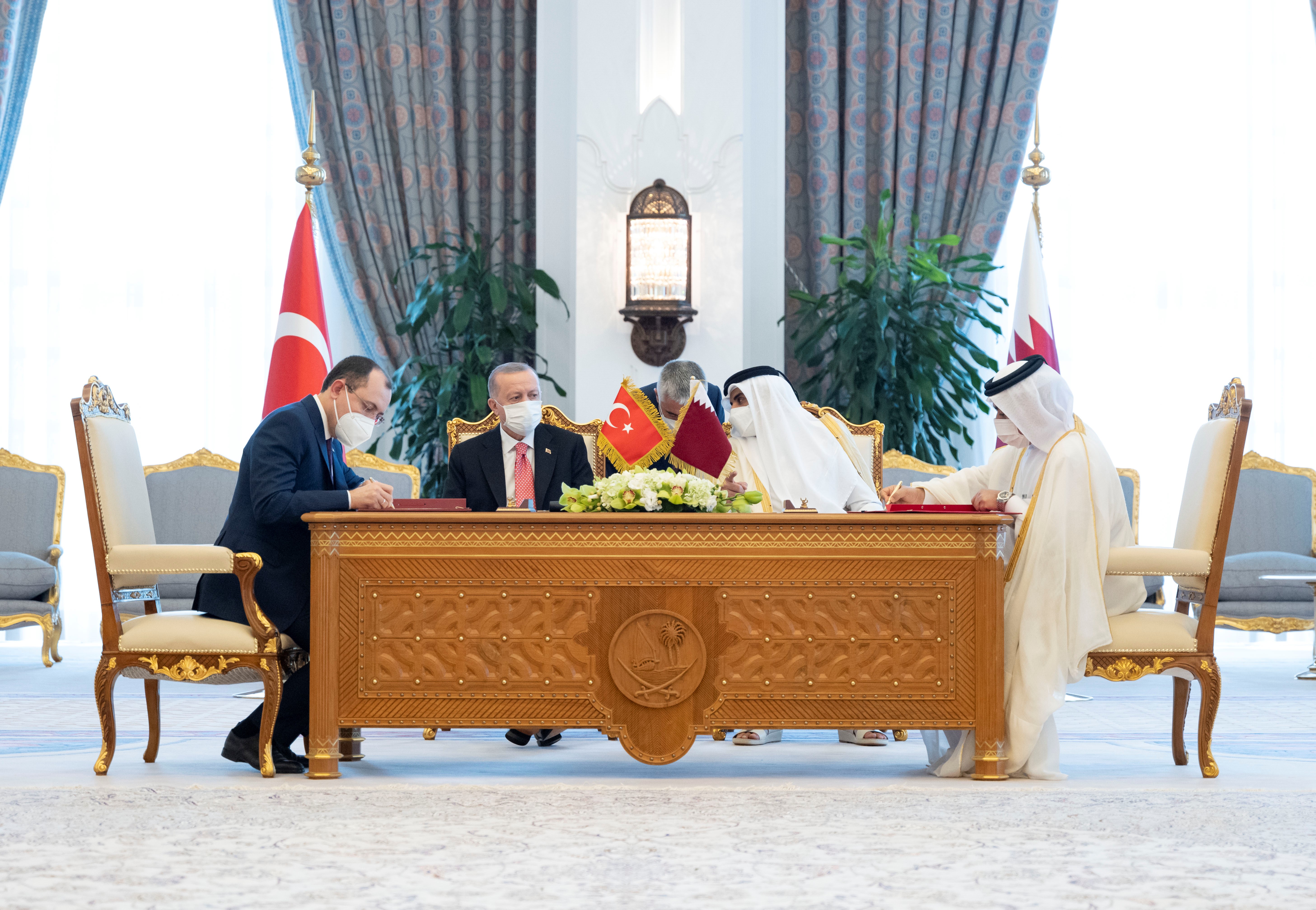 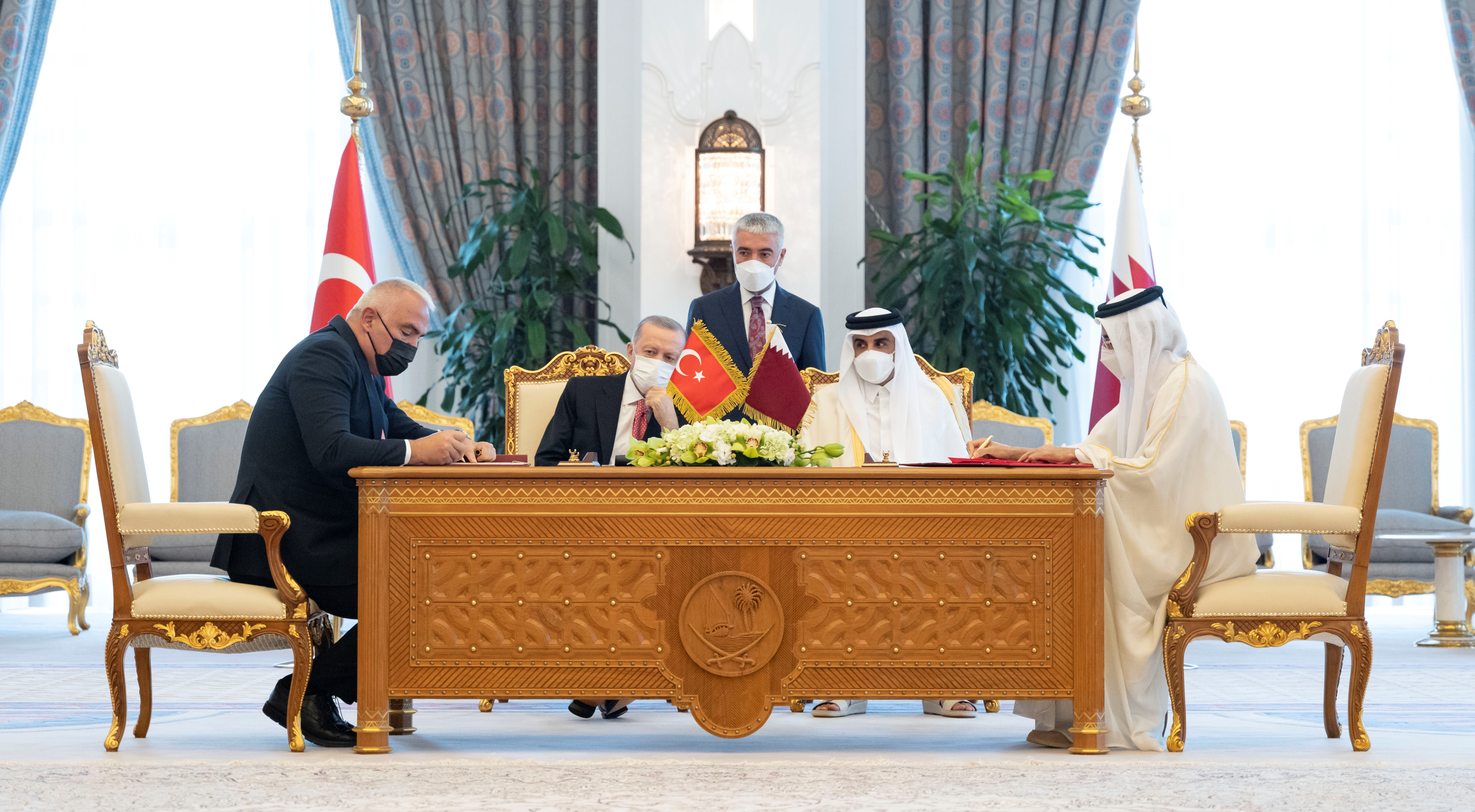 At the conclusion of the Seventh meeting of the Supreme Strategic Committee between the two countries, His Highness The Amir Sheikh Tamim bin Hamad Al Thani and HE President of the Republic of Turkey Recep Tayyip Erdogan witnessed on Tuesday morning at the Amiri Diwan, the signing of the closing statement of the committee's meeting and a number of agreements and memoranda of understanding between the governments of the two countries.

The ceremony concluded with the signing of the joint statement issued by the 7th meeting of the Qatar - Turkey Supreme Strategic Committee.

The signing ceremony was attended by HE Prime Minister and Minister of Interior Sheikh Khalid bin Khalifa bin Abdulaziz Al Thani, and a number of Their Excellencies the Ministers.

On the Turkish side, it was attended by a number of Their Excellencies the ministers and senior officials, members of the accompanying official delegation.