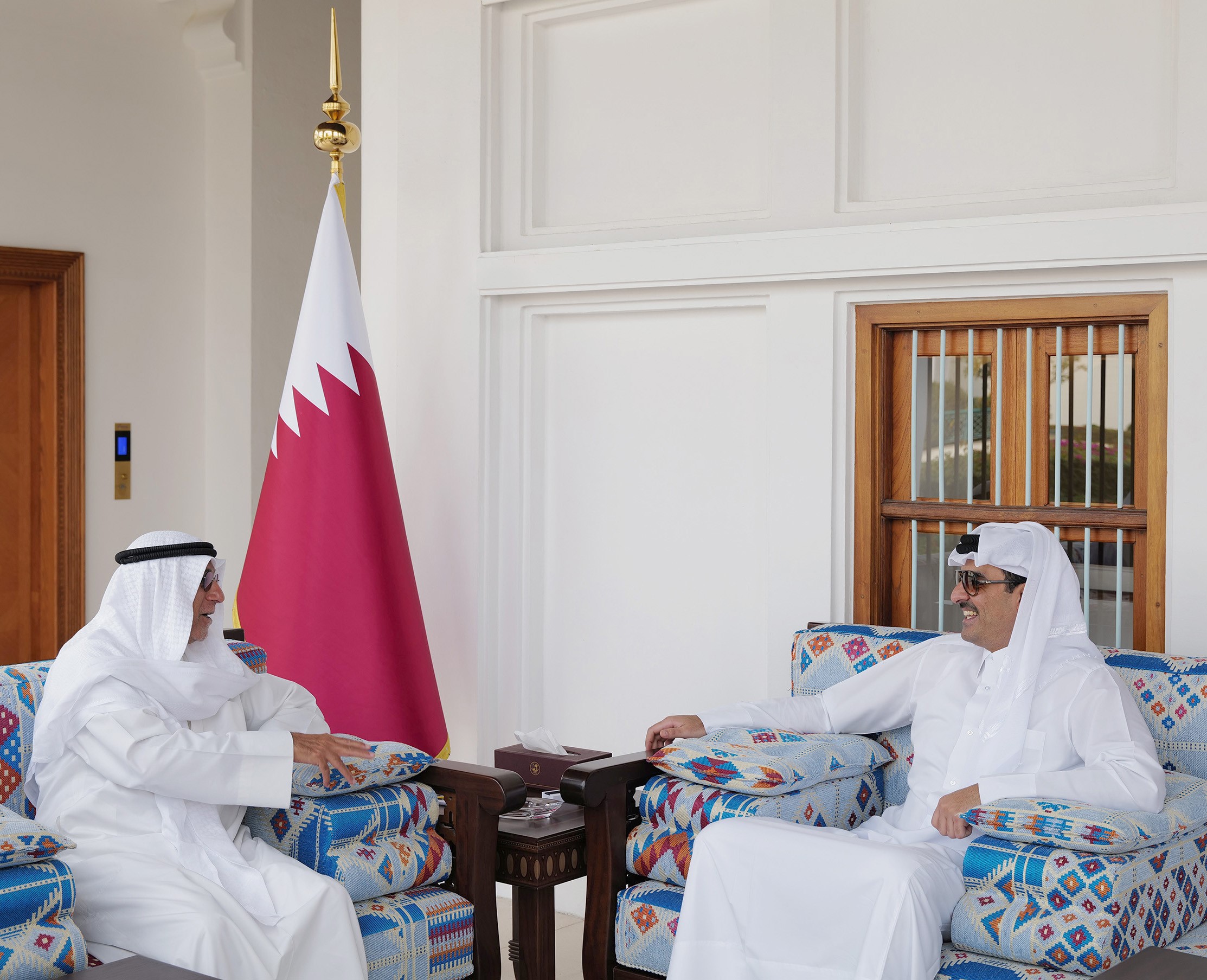 His Highness The Amir Sheikh Tamim bin Hamad Al Thani received, at Sheikh Abdullah Bin Jassim Majlis at the Amiri Diwan on Wednesday morning, HE Member of the Board of Trustees of the Oxford Centre for Islamic Studies Sheikh Dr. Mohammad Sabah Al-Salem Al-Sabah and his accompanying delegation, who called on His Highness to greet him on the occasion of his visit to the country.

During the meeting, they reviewed a number of issues of common interest.