HH The Amir Receives Several Members of US Congress 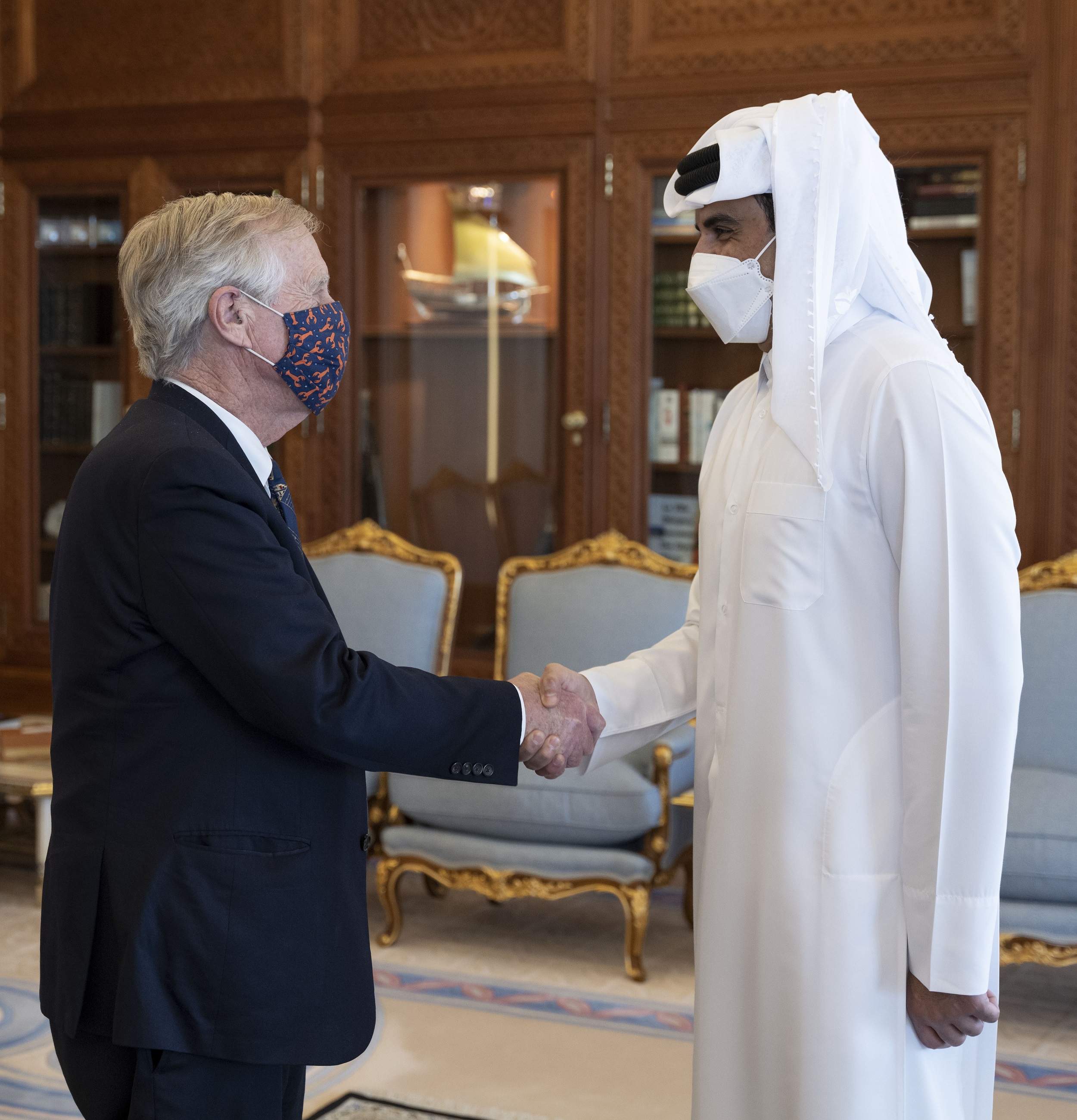 His Highness The Amir Sheikh Tamim bin Hamad Al Thani received at the Amiri Diwan Office on Sunday morning a number of Their Excellencies members of the United States Congress and the accompanying delegation on the occasion of their visit to the country.

During the meeting, they reviewed the friendship and strategic cooperation relations between the State of Qatar and the United States of America and ways to enhance them.

They also reviewed several issues of mutual interest. In this regard, members of the U.S. Congress expressed the United States' thanks and appreciation to HH The Amir for the efforts of the State of Qatar in supporting peace in Afghanistan and facilitating the evacuation of civilians from it.