HH The Amir Receives Written Message from President of Yemen 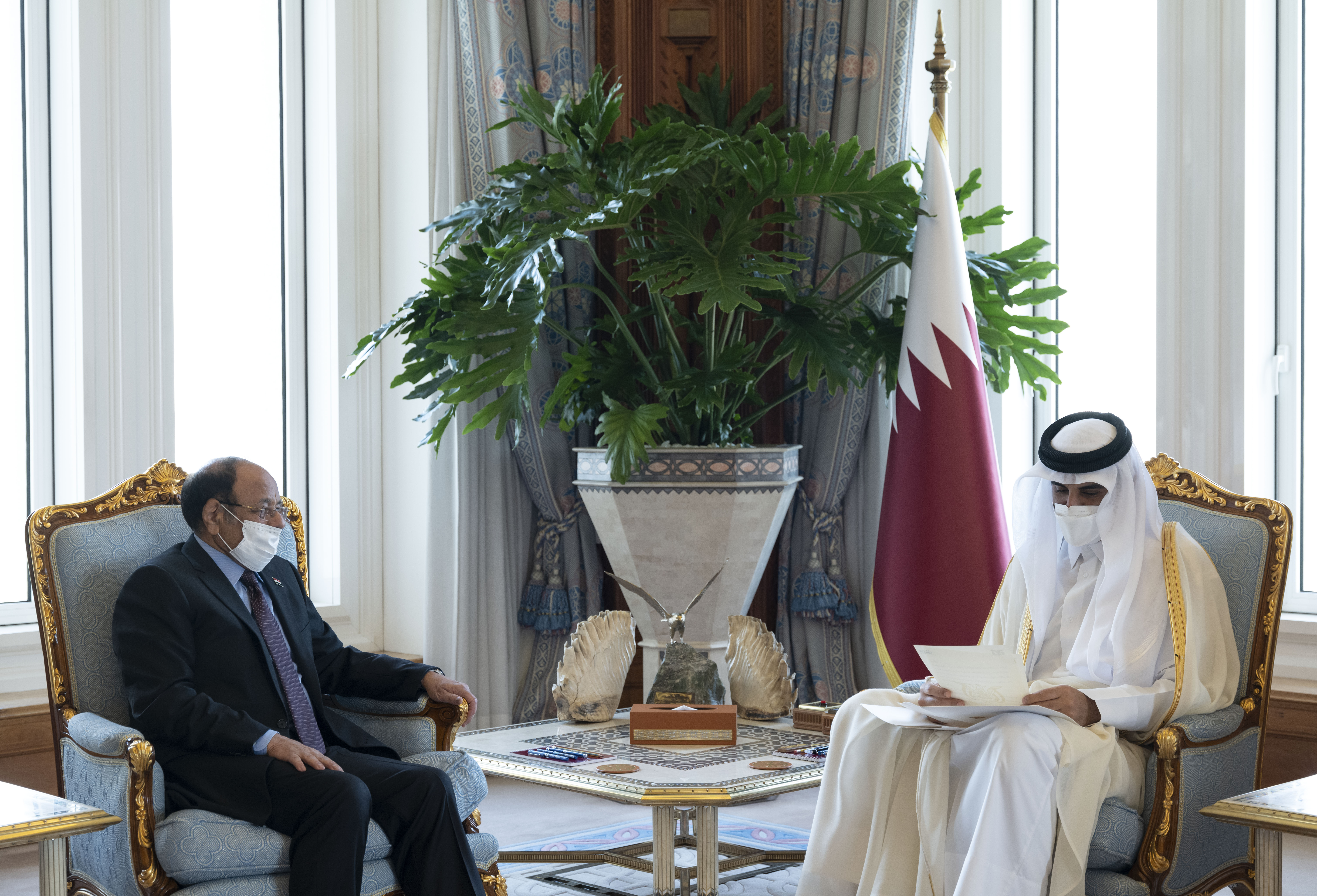 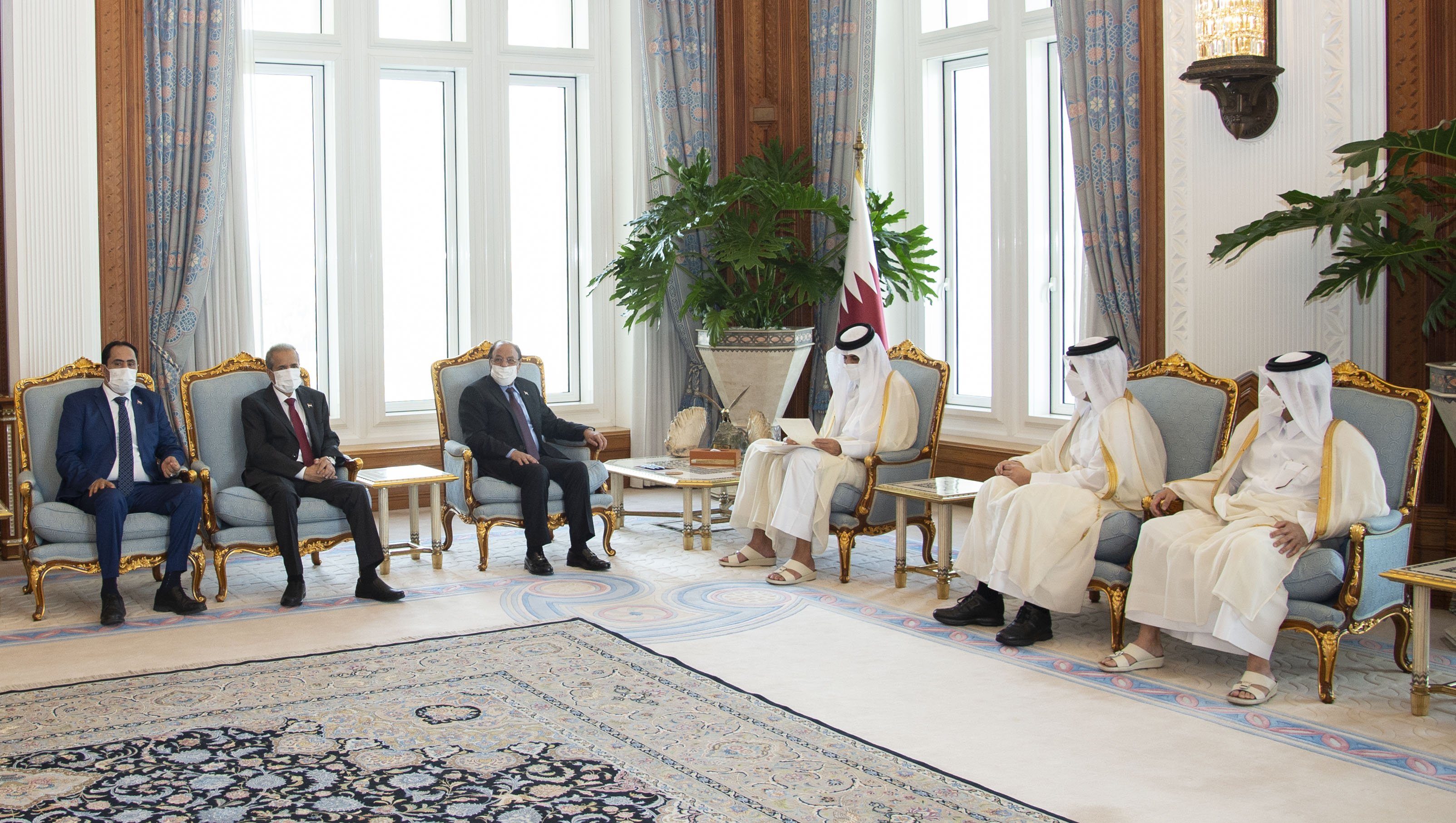 HH The Amir Sheikh Tamim bin Hamad Al Thani received a written message from HE President of the sisterly Republic of Yemen Abdrabbuh Mansur Hadi, pertaining to relations between the two countries and means to strengthen and develop them, in addition to the most prominent regional and international developments.

The message was handed over by HE Vice President of the Republic of Yemen and Deputy Supreme Commander of the Armed Forces staff general Ali Mohsen Al Ahmar, when HH The Amir received him at the Amiri Diwan Office on Wednesday morning.

At the outset of the meeting, HE the Yemeni Vice President conveyed the greetings of HE President Abdrabbuh Mansur Hadi to HH The Amir, wishing HH good health and wellness, and the Qatari people further progress and prosperity.

For his part, HH The Amir entrusted HE staff general Ali Mohsen Al Ahma to convey his greetings to HE the Yemeni President, wishing him good health and happiness and the brotherly Yemeni people further progress and prosperity.

During the meeting, they reviewed bilateral relations between the two countries and ways of developing and strengthening them, in addition to the latest developments in the region.