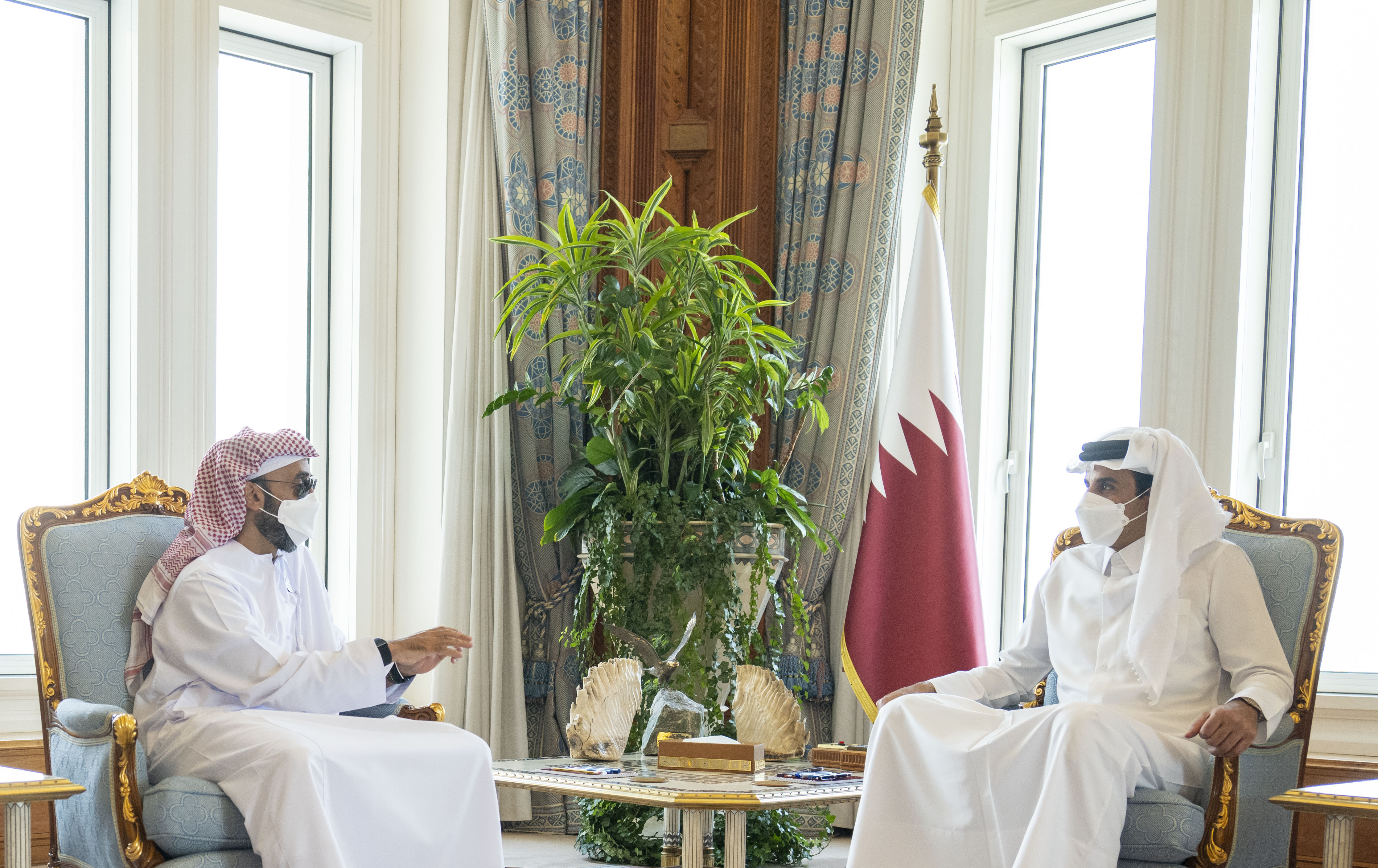 His Highness The Amir Sheikh Tamim bin Hamad Al Thani received this morning at his Amiri Diwan office HH National Security Advisor of the United Arab Emirates, Sheikh Tahnoun bin Zayed Al Nahyan and the accompanying delegation, on the occasion of their visit to the country.

HH The Amir entrusted HH Sheikh Tahnoun bin Zayed Al Nahyan to convey his greetings to HH the President of the United Arab Emirates, HH the Vice President, HH the Crown Prince of Abu Dhabi and his wishes of good health for them and for the people of the UAE further prosperity and advancement.

The meeting dealt with reviewing bilateral relations and the means to enhance them in different fields, in addition to discussing a number of issues of joint interest.