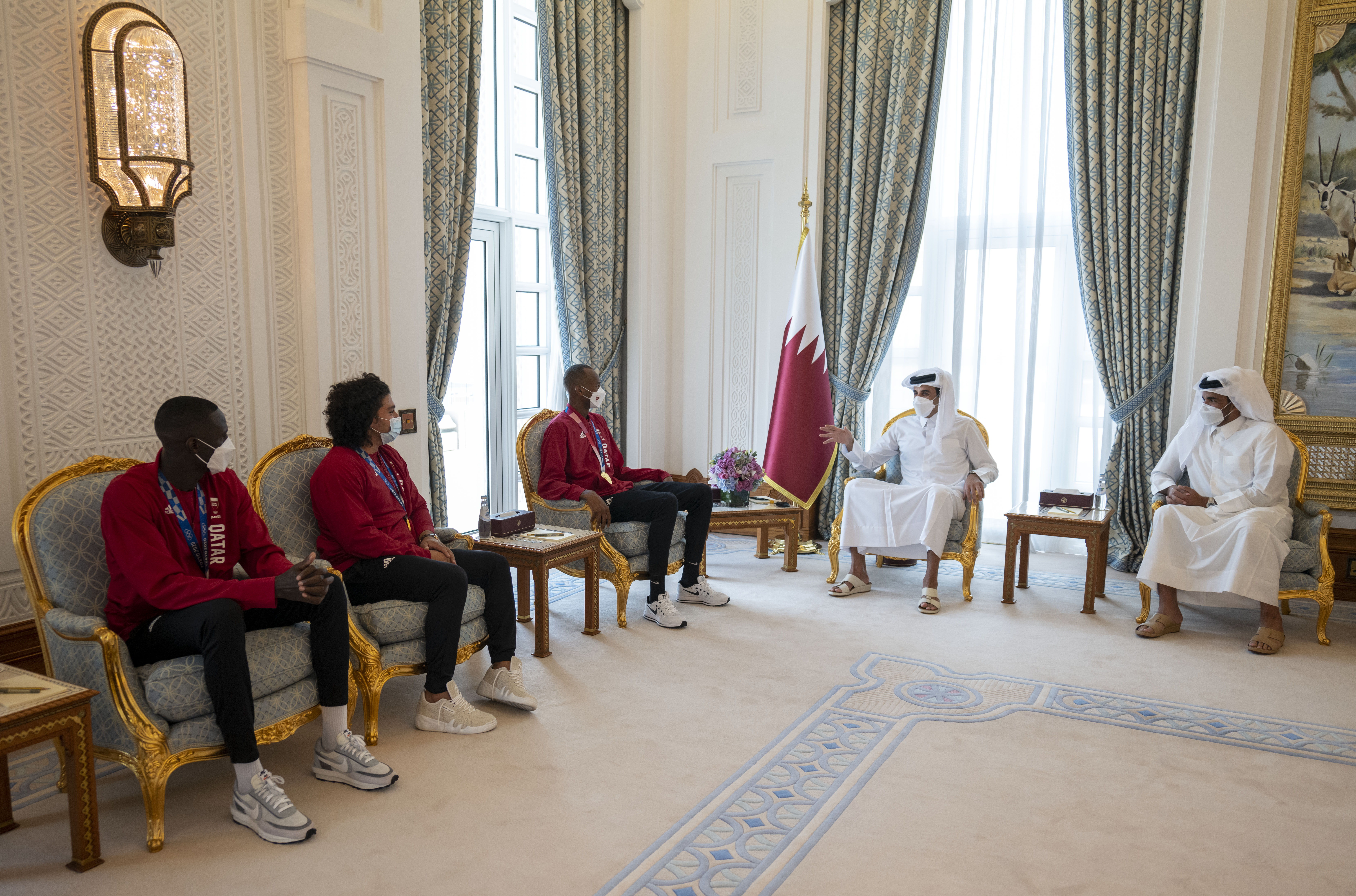 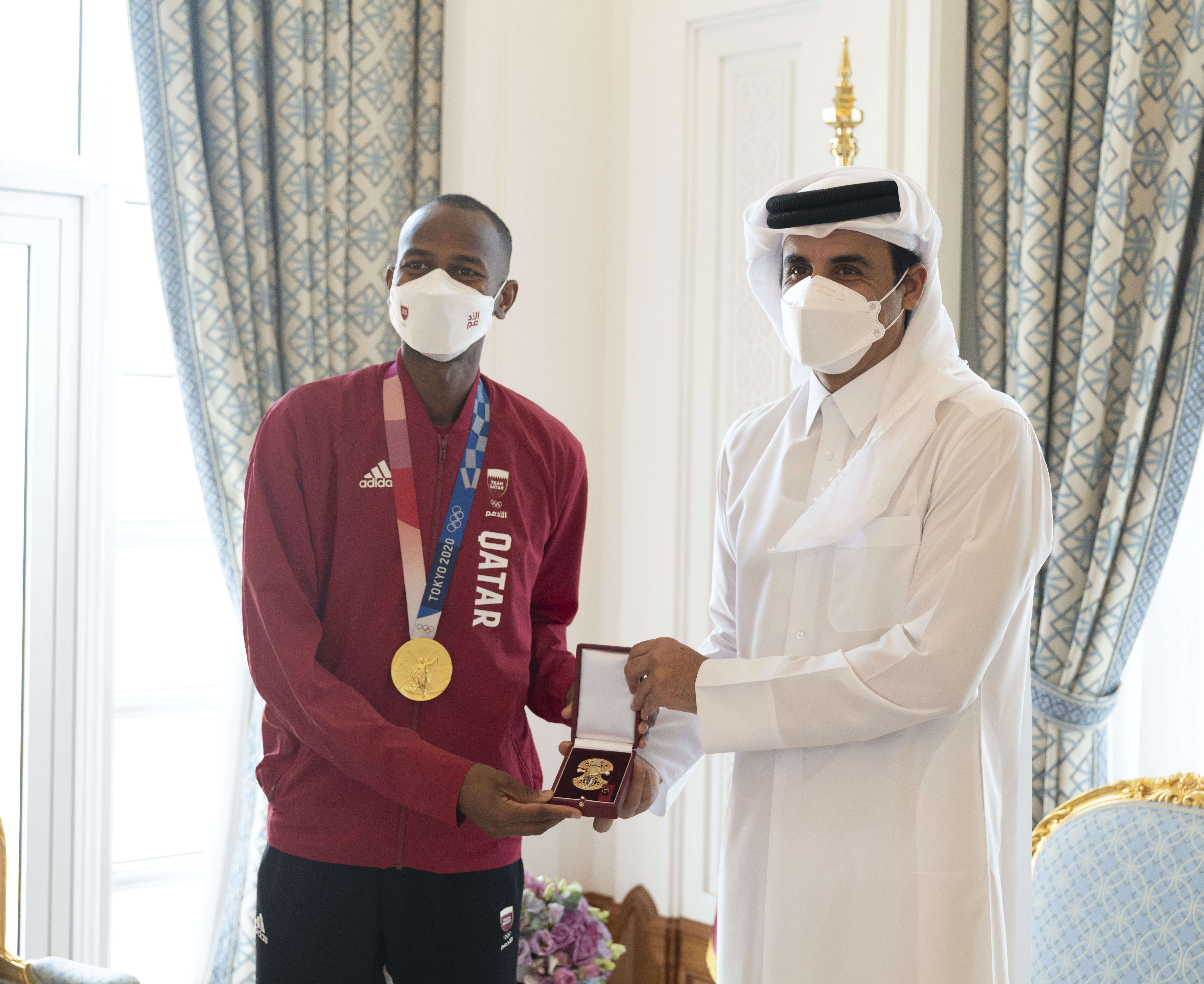 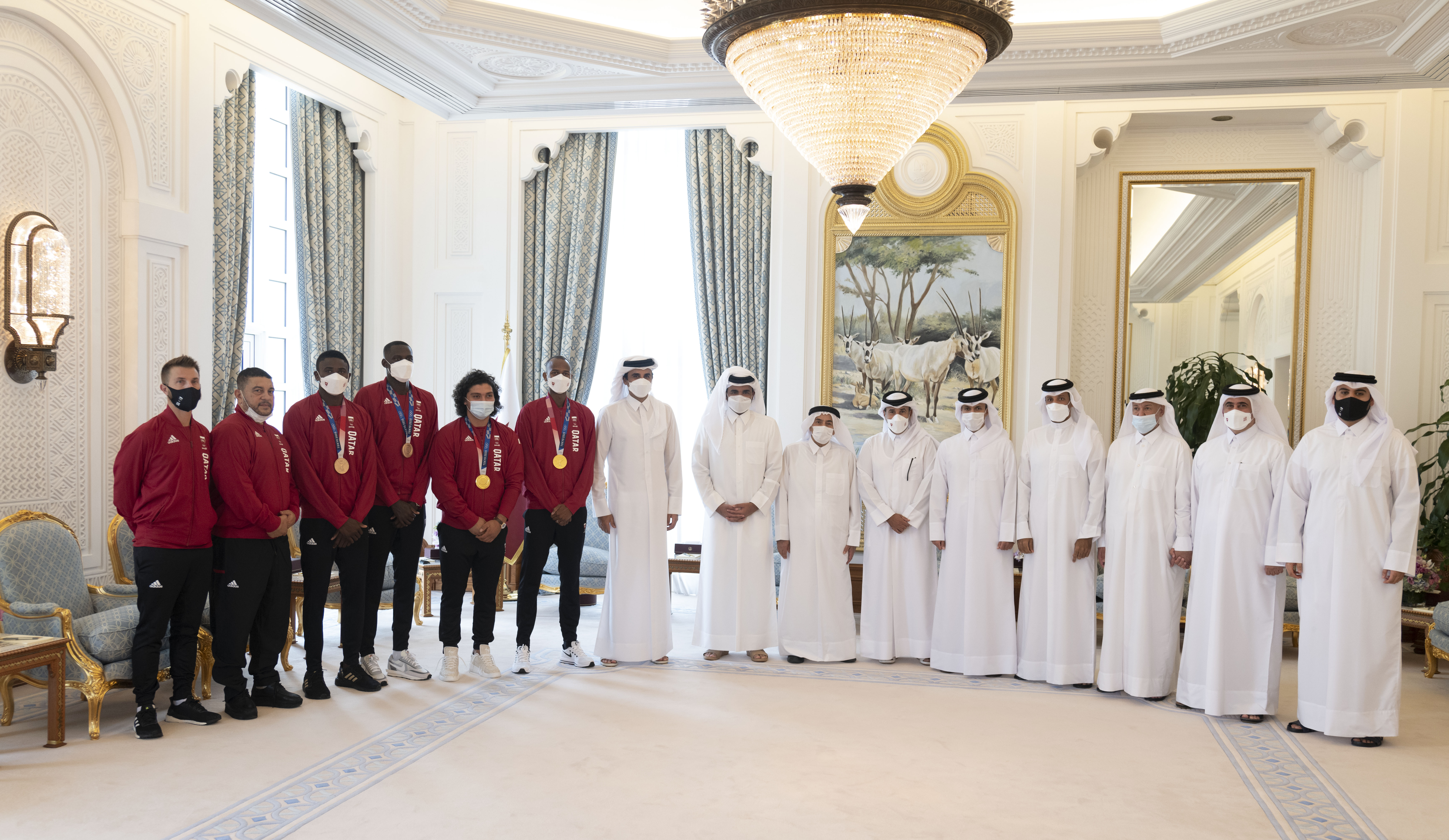 His Highness The Amir Sheikh Tamim bin Hamad Al Thani received at the Amiri Diwan this morning Team Qatar Olympic mission (Al-Adaam), which was crowned two gold medals in high jump and weightlifting and a bronze medal in beach volleyball at Tokyo 2020 Olympics.

At the beginning of the meeting, HH The Amir congratulated Qatar Olympic team champions and the administrative and technical bodies in the results achieved by Qatar's champions in the Olympics, and stressed on the need to continue the march towards more sports achievements and championships in the future.

For their part, team Qatar champions (Al-Adaam) expressed their thanks to HH The Amir for the special care and full support that HH accords to Qatari athletes. They also considered honoring of the Olympic champion Mutaz Barshim as an honor for all the athletes in Qatar and affirmed their keenness to achieve more future achievements and raise the flag of the country in international sports forums.