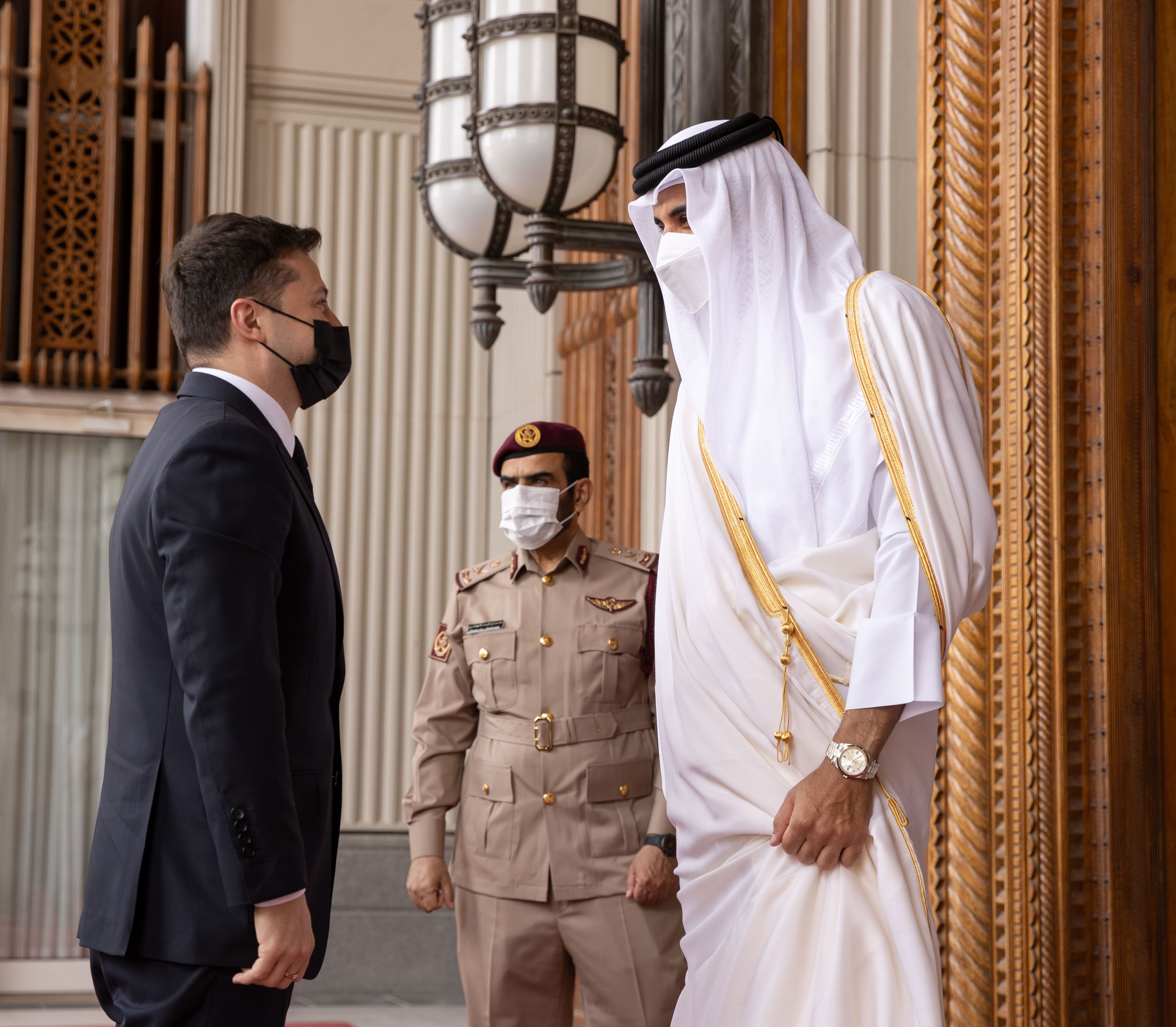 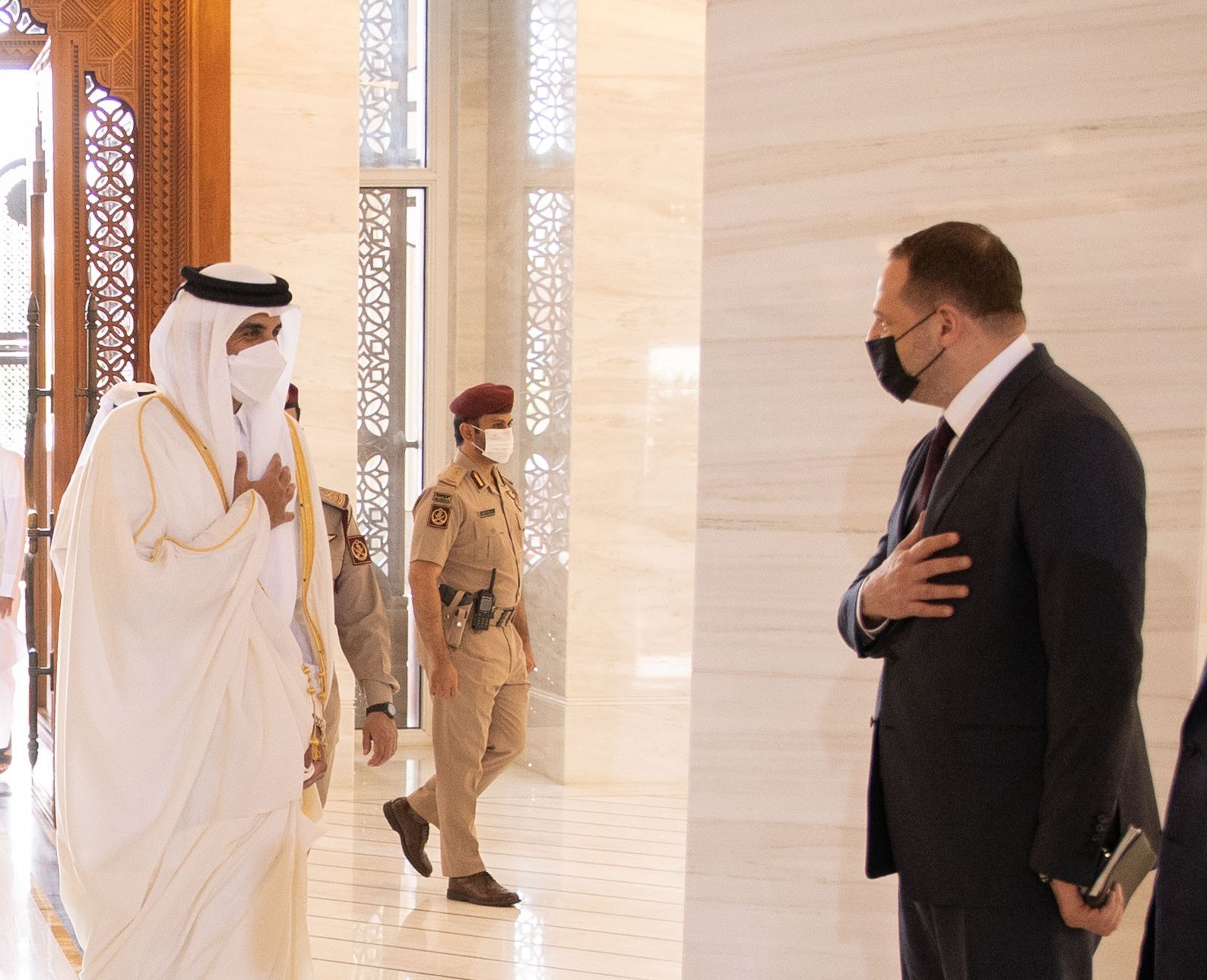 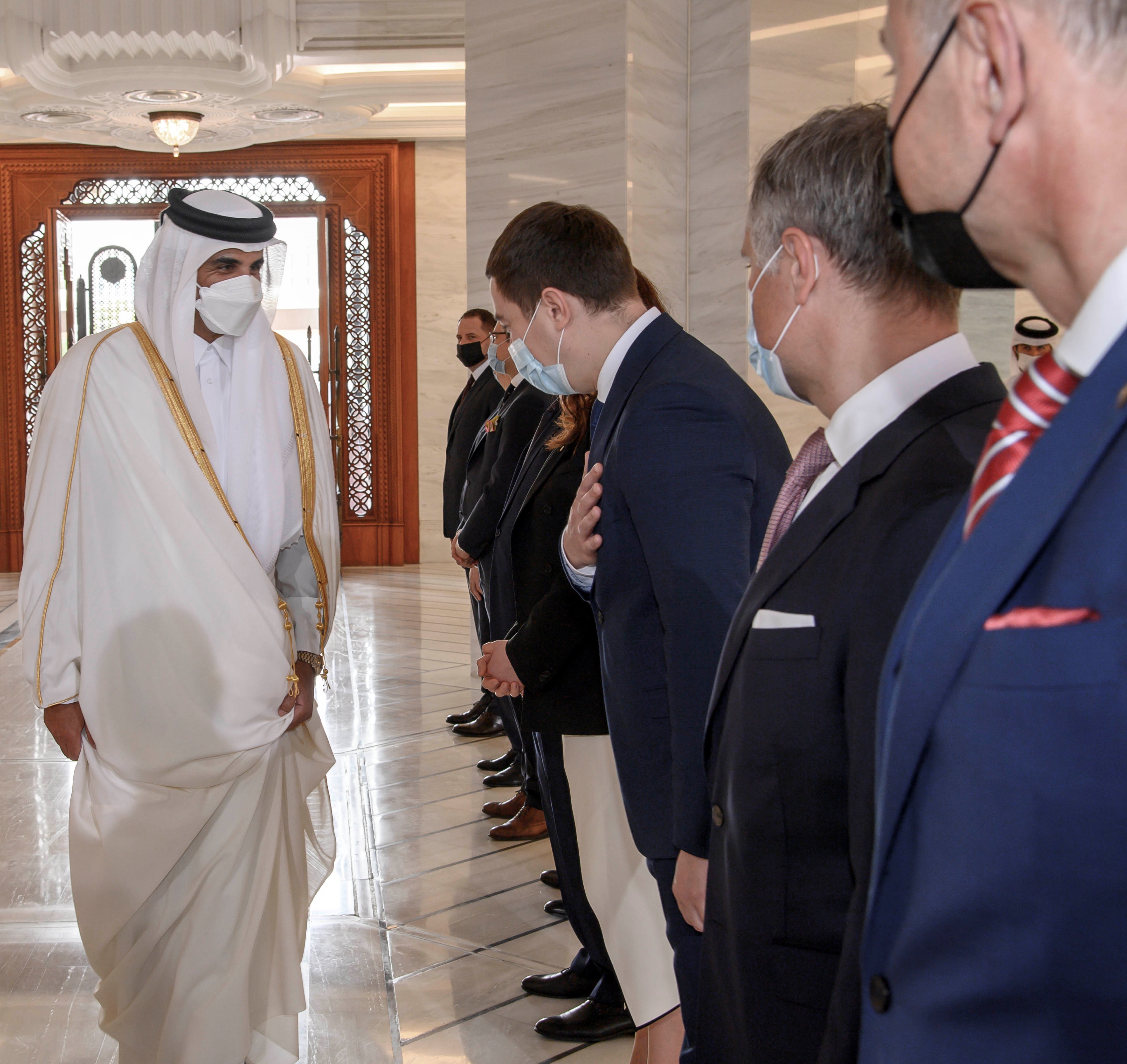 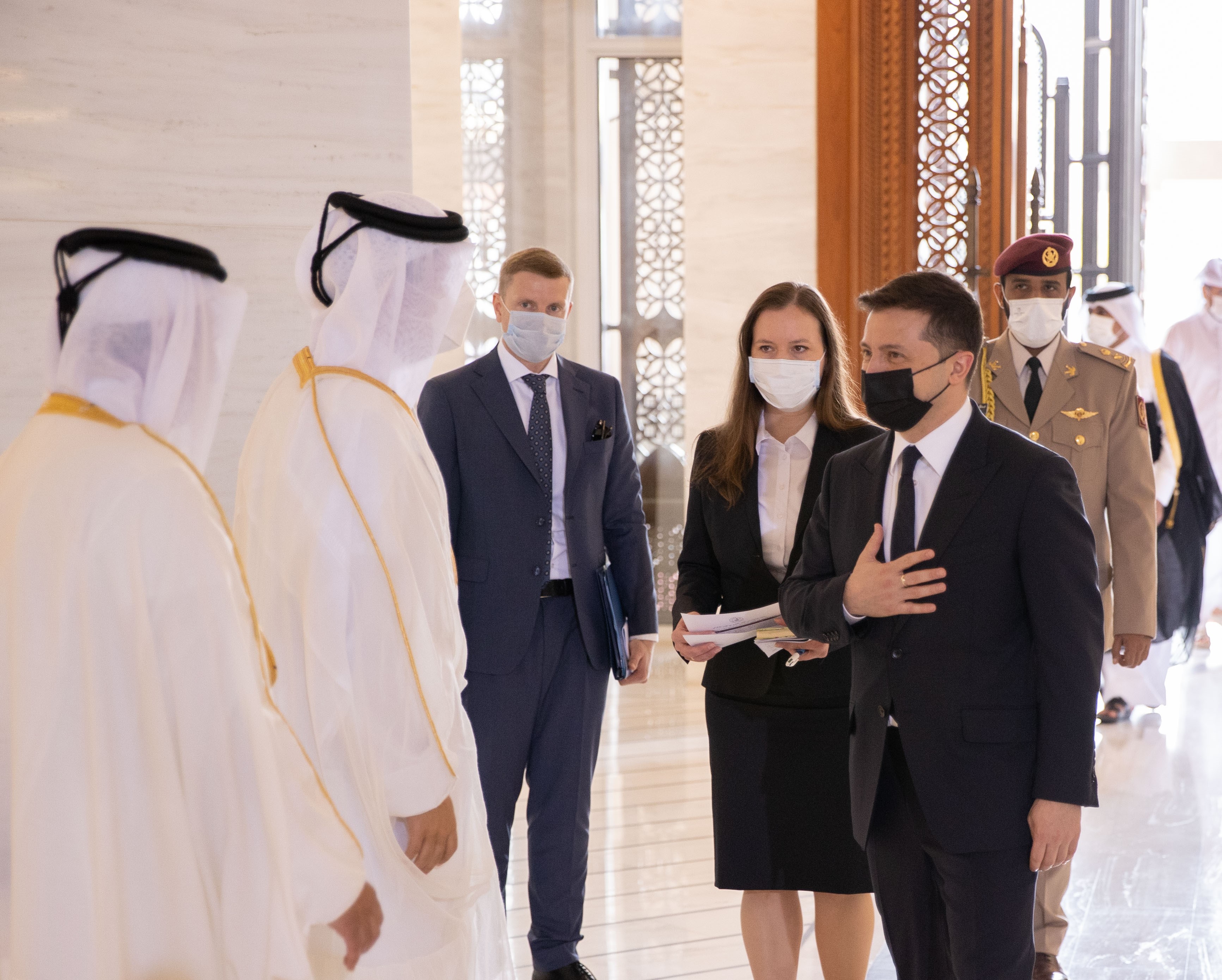 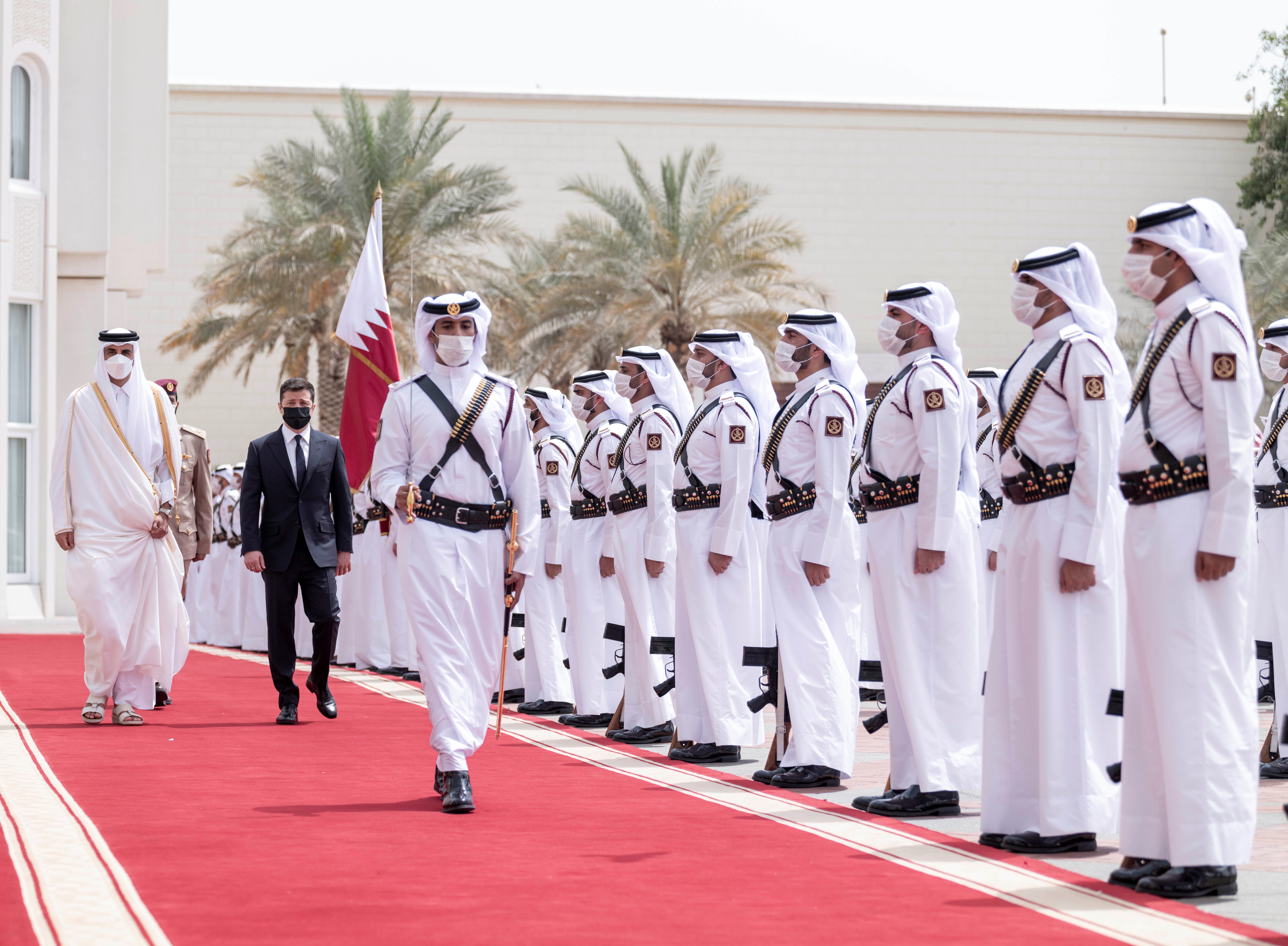 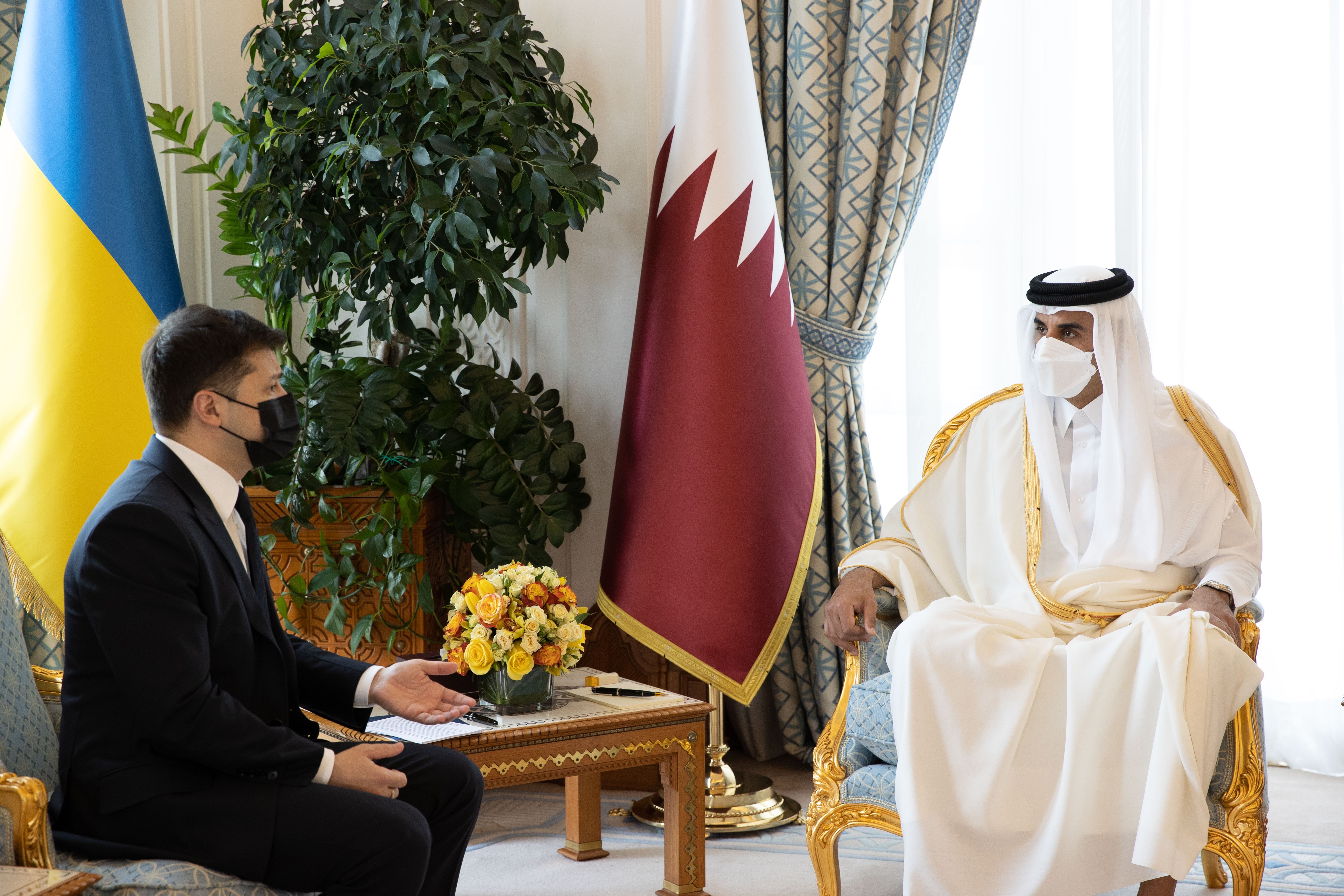 During the session, they discussed bilateral relations and means of developing and strengthening them, especially the fields of energy, investment, transport, tourism, agriculture, infrastructure, and healthcare.

The session also dealt with a number of issues of common concern.

HE the Ukrainian President arrived at the Amiri Diwan earlier, where an official reception ceremony was held for His Excellency.