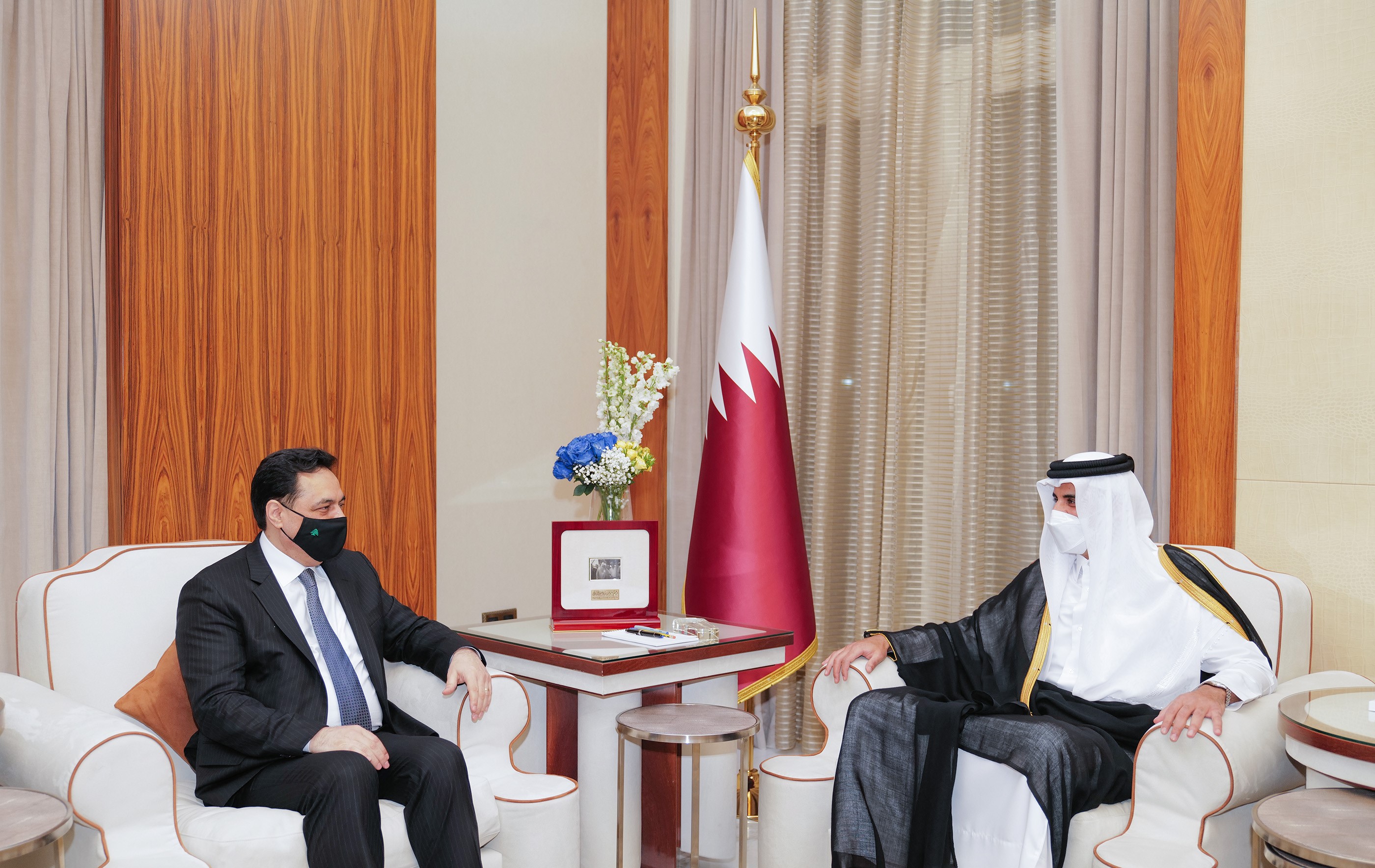 His Highness The Amir Sheikh Tamim bin Hamad Al Thani received HE Caretaker Prime Minister of the Lebanese Republic Dr. Hassan Diab and the accompanying delegation at his office in Al Bahr Palace this evening.

The meeting reviewed the bilateral relations and aspects of cooperation and ways of developing and enhancing them.

The meeting touched on the situation in Lebanon, as Dr. Diab briefed HH The Amir on the latest developments, in particular the political and economic challenges, and the efforts made to overcome them, expressing thanks and appreciation to HH The Amir for the continued support provided by the State of Qatar to Lebanon and its constant standing with the Lebanese people.

For his part, HH The Amir affirmed Qatar's support to Lebanon and its brotherly people, calling on all Lebanese parties to prioritize the national interest and to accelerate the formation of a new government in order to establish stability in Lebanon.