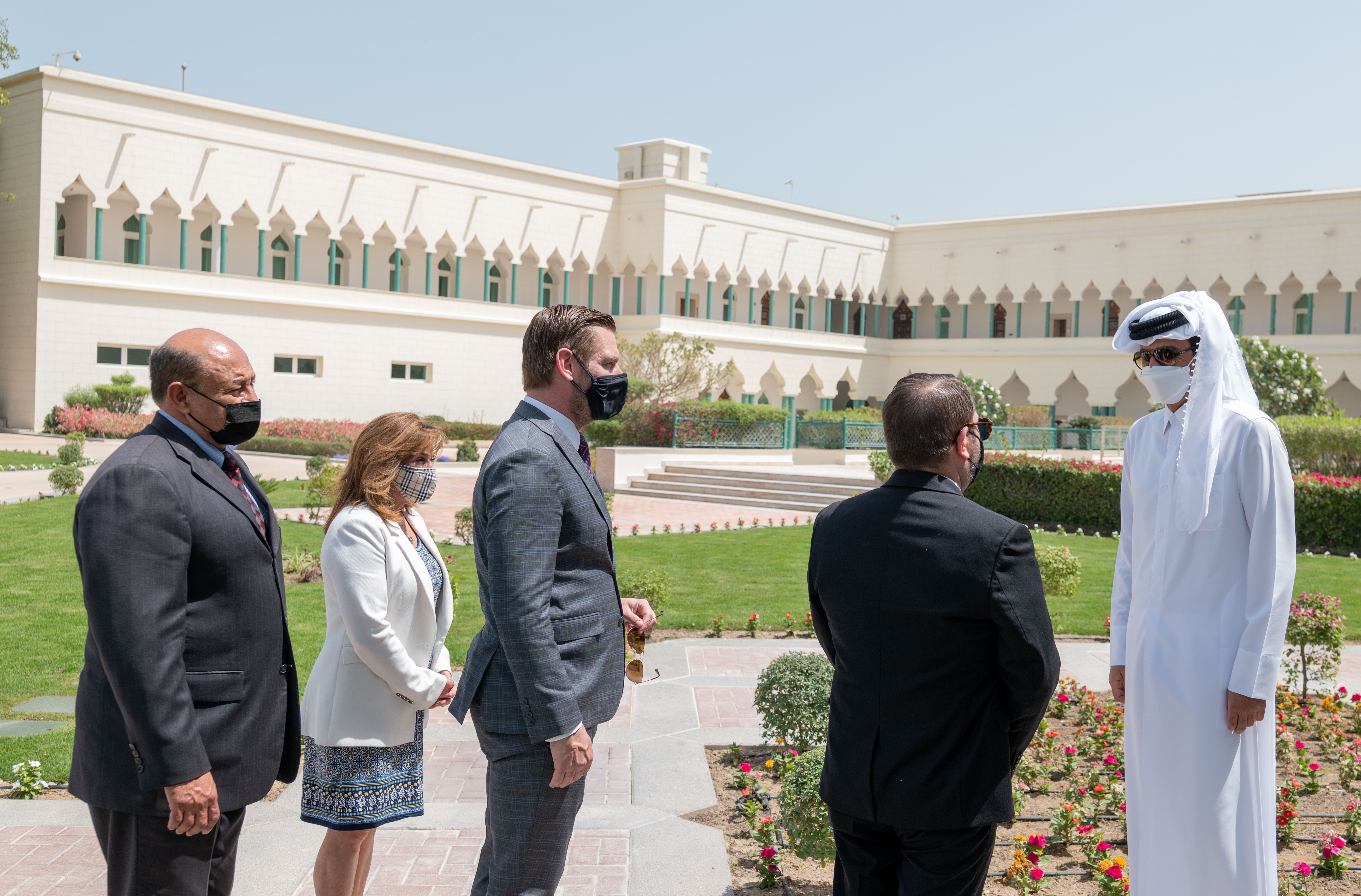 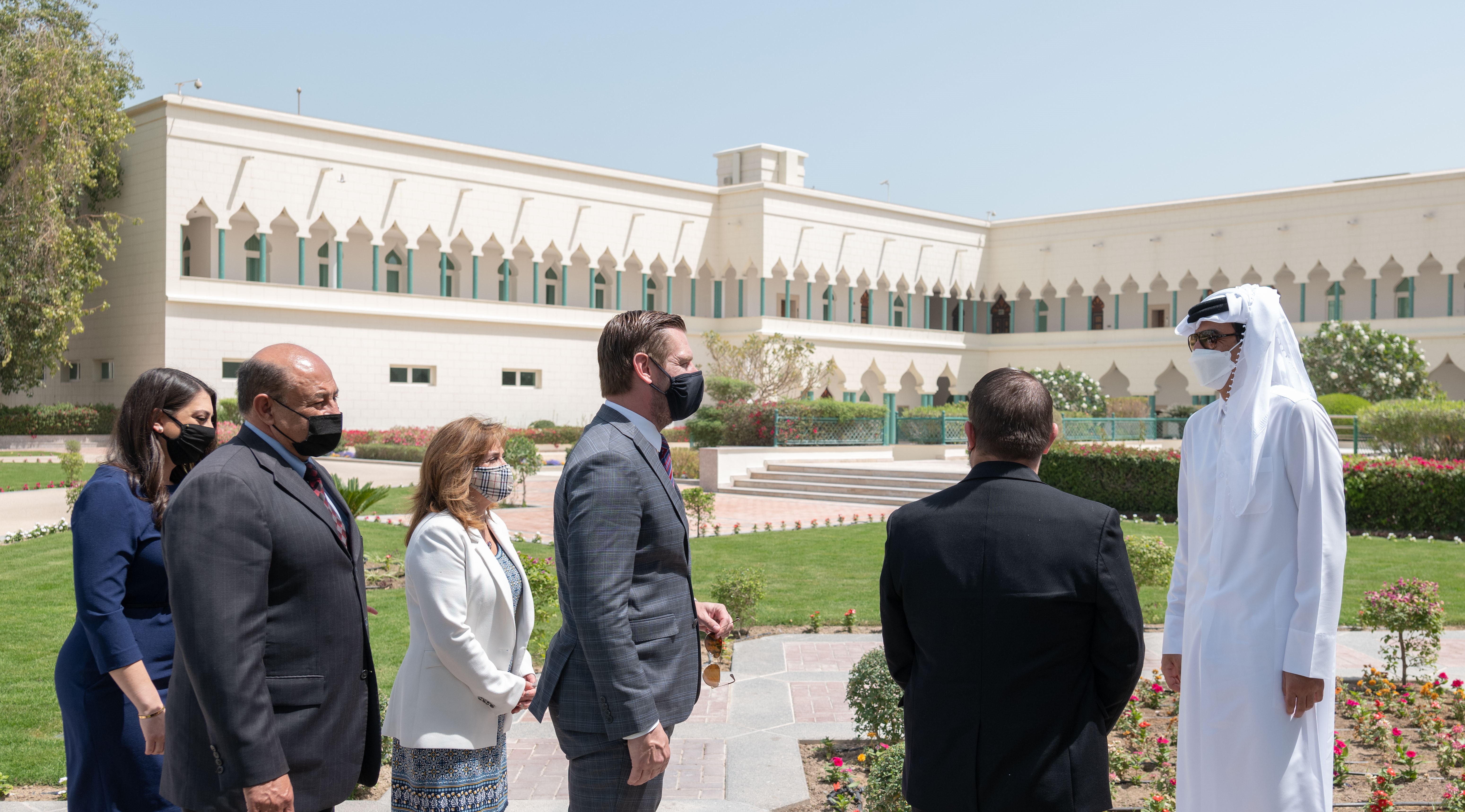 During the meeting, they reviewed relations of friendships and strategic cooperation between the State of Qatar and the United States of America and the prospects for strengthening and developing them. They also exchanged views on regional and international developments of common concern.